Why the Land Rover Defender won: No other SUV can claim to be as versatile across such a wide price spectrum, nor as capable on the road as off it.

The Defender is just one of the winners in this year's Britain's Best Car Awards - see the full list here.

As follow-ups go, replacing the Land Rover Defender was a Herculean task. The original, on sale in various forms for nearly 70 years, was an off-road institution and a British motoring icon. And yet its 2020 successor manages to blend the go-anywhere capability we’ve come to expect with the kind of interior refinement for which Land Rover has recently become known.

It can legitimately claim to rival the Jeep Wrangler, Mercedes-Benz G-Class and Ford Ranger Raptor over the rough stuff, as we’ve discovered both here in the UK and in the deserts of Namibia, while its on-road manners and interior technology can compete with the best SUVs from premium brands like Audi, BMW and Mercedes.

Gaydon’s decision to move from a traditional separate-chassis construction to a unitary one and replace articulating axles with independent suspension was controversial, but it has in no way hindered the Defender’s ability to go just about anywhere off road.

Simple yet functional electronic assistance allows 4x4 novices to keep pace with expert trail runners, while external cameras and sensors help drivers make short work of the trickiest terrain. Then, on returning to the asphalt, it’s able to deal with the daily grind in a relaxed manner that compares favourably with solely road-going SUVs. Air suspension and a composed ride let it eat up motorway miles, its rugged yet good-looking interior can take family abuse from morning till night and its infotainment – previously a stumbling block for Land Rover – competes with the class’s best for usability and responsiveness. 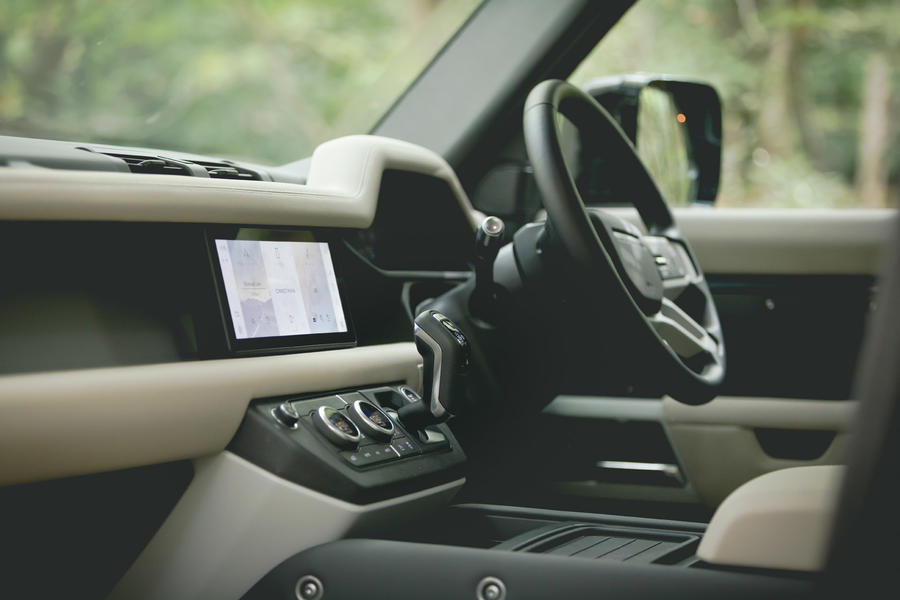 The Defender is also nothing if not versatile. Available in three-door 90 and five-door 110 forms, it can be equipped with your choice of five, six or seven seats, courtesy of a front jump seat or optional third row. The engine line-up extends from 2.0-litre diesels through mild hybrids and a straight-six plug-in hybrid approaching 400bhp. There’s a Hard Top version for tradespeople and businesses, and don’t forget the extensive trim line-up and options list, which cover an enormous price range. This is an SUV that can cater for basic needs, family life and the Chelsea tractor set as well as to those who want to be prepared for anything.

It’s easy to spot the family resemblance, with elements tastefully translated from the original Defender without making it a pastiche of old meets new. Land Rover has managed to bring it up to date, yet somehow it can look equally at home in a farm yard, waiting at the school gates or cruising along London’s Sloane Street.

It’s comfortably among the most broadly capable cars in the world today, yet it should prove just as usable and enjoyable to live with for those with no intention of ever stepping foot off road. Ultimately, it’s this unmatched versatility that makes the Defender our winner. 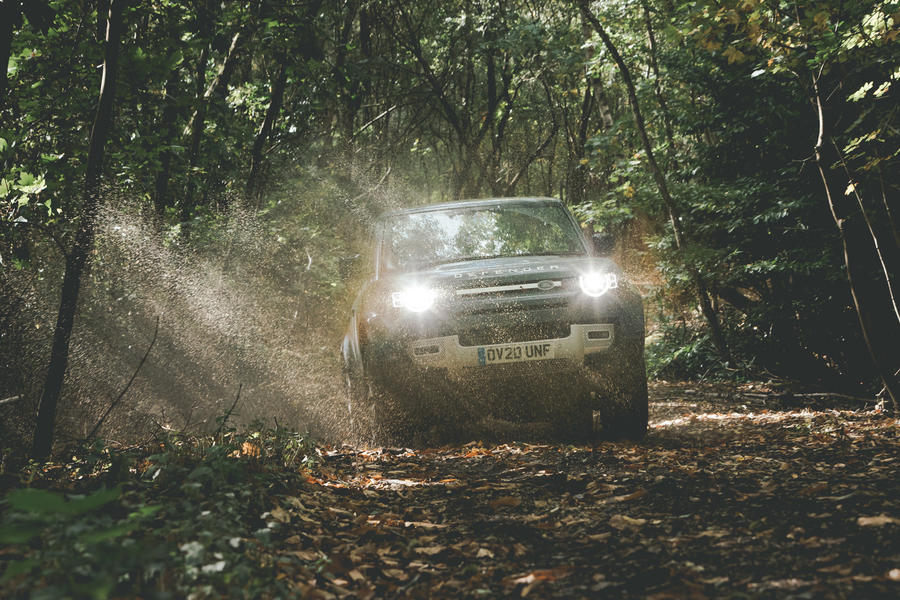 What brilliant judgement Land Rover has made in creating this machine, ditching any suggestion of copying the old model’s styling, yet keeping the modern iteration completely in character.

Ditto the dynamics: standards are immeasurably higher courtesy of independent suspension, sophisticated all-wheel drive and the latest electronics, but the simple Defender relationship between driver and any old road is still all there, without the drawbacks.

I cannot be alone in finding

I cannot be alone in finding this new Defender uttery revolting to look at?  I thought the Discovery 5 was horrible, but this rival the Cullinan's mirror cracking grimness.

They despartely need to get rid of McGovern.

I just knew Cropley's name would be on the bottom. The man's obsession with McGovern is unhealthy to a level that must trouble his wife.

I am a farmer.  I have a Land Rover.  This Defender would be no more useful to me than a Caterham.

Hahaha, good one Autocar. The Defender is not even an SUV, let alone the best of them. Why didn't you create a Best Off-Roader category? Did they insist they must win the far more lucrative SUV category when they bought the advertising for next year?
TStag 21 October 2020

Hahaha, good one Autocar. The Defender is not even an SUV, let alone the best of them. Why didn't you create a Best Off-Roader category? Did they insist they must win the far more lucrative SUV category when they bought the advertising for next year?

I argue that it's neither. On one hand there are many real SUVs that are far better at being SUVs (not that I would ever buy one). On the other, Wrangler, Land Cruiser and G Wagon are having a laugh.
This is nothing else than an expensive Disco that wants you to think it's though. And it has exposed screws, can you believe it? Great marketing stuff, though.