BMW confirms four-door 8 Series is on the way to rival Porsche Panamera, with reveal due in the coming weeks
Share
Open gallery
Close
Share story

BMW will broaden its 8 Series to three bodystyles with a four-door coupe this year – and photos of the new machine have leaked online ahead of its reveal.

The Porsche Panamera rival is due to launch shortly, with BMW recently issuing the first official teaser image, but new leaked pictures show the car in full. First posted to the Bimmerpost forum, they show how the 8 Series has grown in size to accommodate the extra doors, with a newly elongated rear. The shape is still recognisable from the two-door car, though. 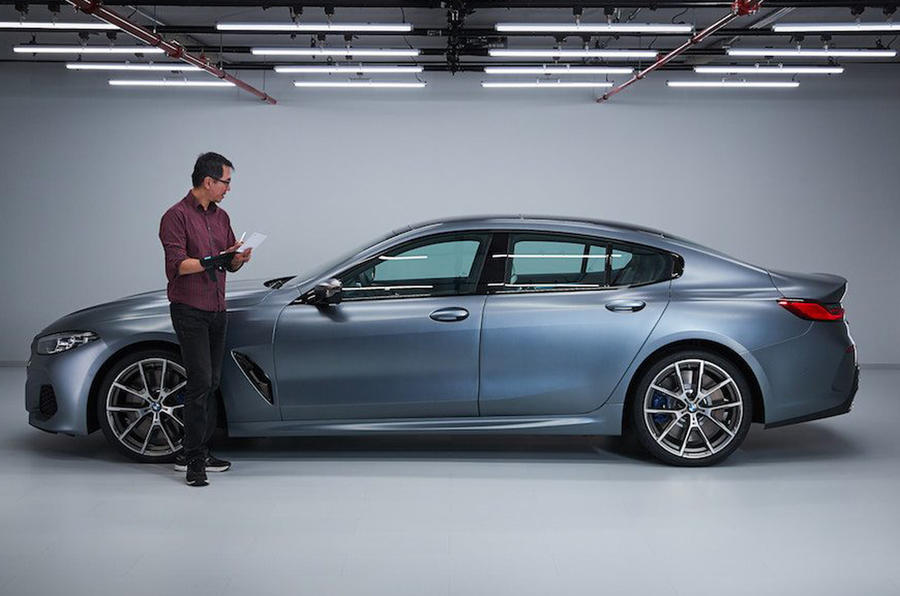 The new car takes over the market position previously occupied by the old 6 Series Gran Coupe and is directly aimed at cars such as the Porsche Panamera and Mercedes-Benz CLS. It shares its engines and underpinnings with the 8 Series Coupe, but with an extended wheelbase and raised roofline offering more passenger and luggage room.

Previous spy images also showed the design is a familiar adaptation of the coupe and convertible, with the undisguised front end looking largely identical and a recognisable rear shape. It's not clear yet, however, whether two or three rear seats will be offered; the coupe is a strict two-seater in the back. 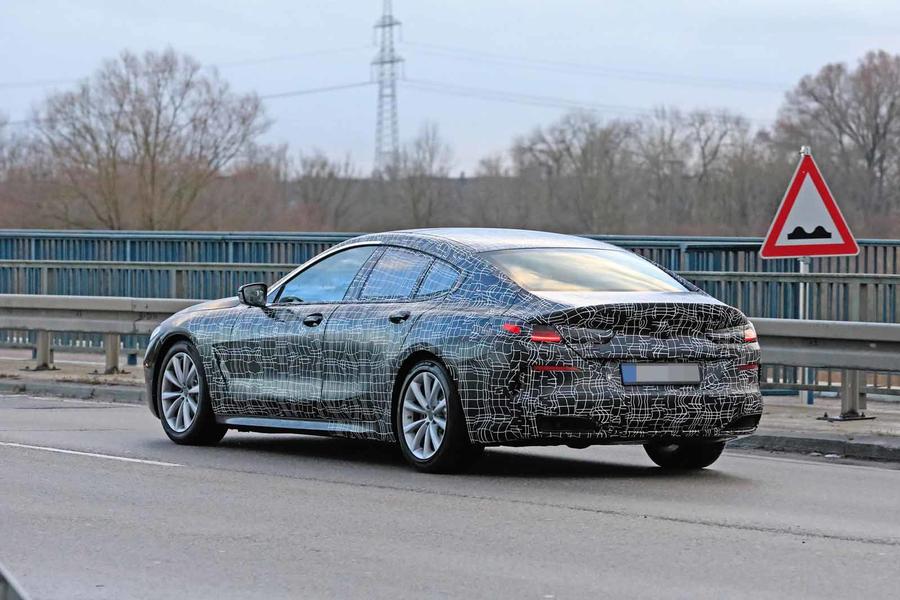 The engine range of the Gran Coupe will mirror the rest of the 8 Series range, with a 316bhp 840d diesel entry point and the 532bhp M850i xDrive both available from launch. Later on, a flagship M8 version will be offered, using a 4.4-litre twin-turbo V8 producing upwards of 600bhp.

It's not clear yet if the even more powerful M8 Competition will transfer to four-door form, but it's likely. At the bottom of the range, we should see a lower-powered petrol model eventually offered, as well as some form of hybrid at a later date.

BMW M8 Competition leaks out ahead of 2019 unveiling

Not usually a BMW fan, but

Not usually a BMW fan, but this is a good looking big car, especially in comparison to some of BMWs recent 'controvertial' (read 'ugly') designs such as the new 7 and X7.

Reminds me of the similar 6 series 'gran coupe' which was another one of their better designs.

This is a car with real visual impact.

In terms of styling this car is nothing short of a masterpiece.

A conventionally styled BMW that hardly justifies its position as one of the flagship models.
Who would pay so much for something so underwhelmingly styled?
Overdrive 13 June 2019

A conventionally styled BMW that hardly justifies its position as one of the flagship models. Who would pay so much for something so underwhelmingly styled?

Anyone who has a different view to you?

Obviously, but a rhetorical

Obviously, but a rhetorical question is one that doesn't require an answer.
In any case, that curious fixed window trim behind the rear door, already featured in the new 3 & 1 series, is present again.
This is hardly a visually compelling feature that replaces the immediately identifiable Hofmeister kink.
View all comments (15)