From £71,4758
Full-house M Performance version of the BMW 8 Series has dynamism to spare, but not quite the breadth of ability of the very best modern sporting GTs
Open gallery
Close

The return of the BMW 8 Series represents a minor course correction for the company that has made it; which is all that's needed, really. You may have read different elsewhere: that this is part of some grand brand redefinition, or a new epoch in the company’s developmental narrative.

But the simple truth is, if you want to change the direction of a firm the size of BMW even a little bit, you have to say you want to change it a lot. That’s what Munich is doing when it says it wants to move the BMW brand upmarket into true blue luxury-brand territory by bringing back its old flagship grand touring coupe, the 8 Series (as well as by launching all-new, extra-large and extra-chromey models such as the X7 SUV). It’s swinging the tiller on the oil tanker in order to move the heading compass by five degrees or so.

Enter stage left, then, the big, desirable, BMW coupe done fresh for the 21st century: elegant yet modern and interesting to behold, luxurious and technologically cutting-edge to travel in, distinguishingly sporting to drive. That’s the hard sell from BMW, in any case. 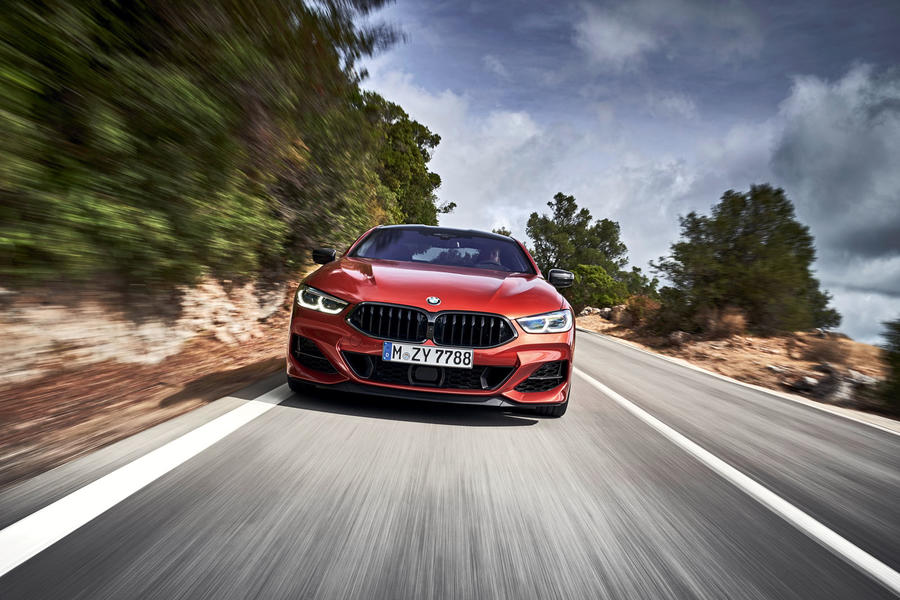 To these eyes, the cars looks a good deal more elegant in its less pumped up forms, the jutting winglets, enlarged air intakes and gloss black and carbonfibre body trim of our top-of-the-range M Performance M850i xDrive test car adding a bit too much visual aggression for the good of the car’s overall look. Without those sporty additions, the 8 Series’ low, long-nosed, elongated profile, its taut surfaces and its visually interesting design details are each given more visual prominence; and then there’s no denying what a great-looking car this is. Not ‘pretty’, perhaps, but alluring all the same.

The 8 Series goes on sale in the UK next month, with a choice of just two engines. The 840d diesel gets BMW’s familiar twin-turbocharged 3.0-litre straight six with 316bhp and price tag starting just above £76,000, while the M850i uses a redeveloped version of the firm’s 4.4-litre twin-turbo V8 with 523bhp and is priced from a whisker over £100,000. A cheaper six-cylinder turbo petrol 840i will join the range a bit later, and after that is expected the full-house M8. All are expected to feature xDrive four-wheel drive. 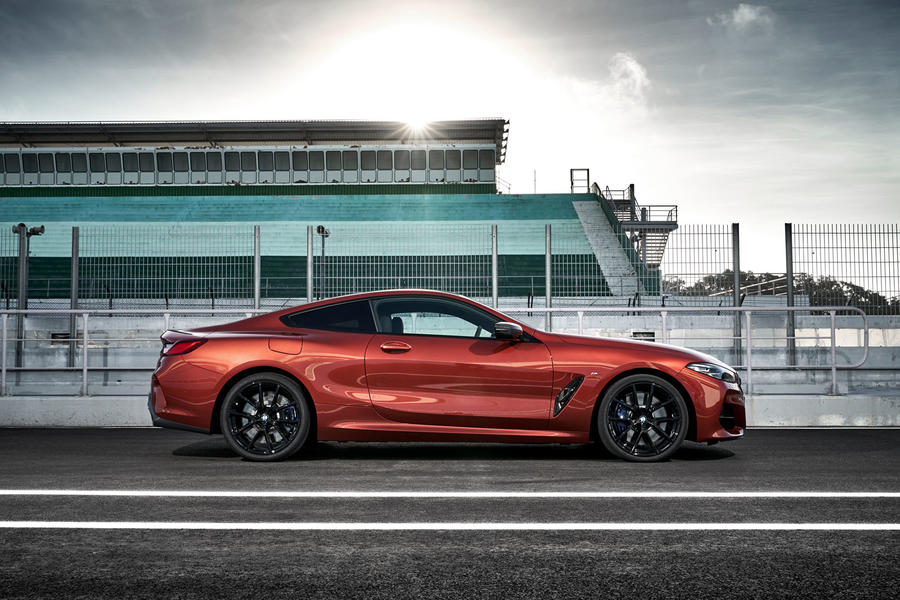 Like every longways-engined BMW since the sixth-generation 7-Series of 2015, the 8 Series adopts Munich’s ‘Cluster Architecture’ platform, which itself allows a mix of high-strength steel, aluminium, magnesium and carbonfibre-reinforced plastic within the car’s body-in-white. It contributes to a kerbweight which is lean for a car of this kind: our M850i test car was more than 100kg lighter than an equivalent Mercedes S-Class Coupe despite having extra driveshafts to carry.

Suspension is via the same mix of double wishbones up front and multiple links at the rear familiar to all of BMW’s bigger models, although the 8 Series gets suspension settings, axle kinematics, subframe mountings, wheelbase and track widths different from its various platform relations. A four-wheel steering system, married up to an actively variable steering ratio for the front axle, comes as standard; adaptively damped ‘adaptive M Sport’ suspension is optional and bundled with active anti-roll bars. BMW has chosen not to offer the active air suspension system available on its 7-Series and BMW 6-Series GT on the new 8 Series, however; this big GT coupe rides on steel coils. For a sporting GT, that could be either a source of dynamic strength or, given how advanced and tunable modern multi-chamber air suspension systems have become, it could turn out to be a weakness. We’ll see.

First, step inside. The interior of the 8 Series was a chance for BMW really to go to town, where the BMW old 6-Series coupe always felt slightly hamstrung by the more lowly position it adopted in BMW’s model hierarchy, and perhaps by its material links to the 5-Series saloon. Has Munich fully committed to the opportunity, though: thrown off the shackles, taken off the handbrake and given us a world-class cabin for luxury grand touring? Well, yeah... a bit.

It’s certainly plundered the trim cupboard labelled ‘matt chrome’. I get the feeling most of the interiors of BMW’s coming generation of cars will be chromier than those they will replace. Thankfully, most of the shiny stuff is impressively and tastefully deployed, and the environment looks and feels very rich and expensive more widely – just as it should.

The 8 Series’ seats are superb. In front of you when you’re sat in one is BMW’s new-generation ‘iDrive 7.0’touchscreen infotainment system (new look, more driver-customisable menu screens) and its Live Cockpit Professional 12.3in instrument display (so BMW finally joins the ranks of car makers offering a fully digital cluster). If these new digital instruments spell the beginning of the end for the beautifully simple, round BMW speedometer, I’ll be sorry to see it go, I must say. You can’t read a half-octagonal dial nearly as easily. But, with speed displayed digitally in the head-up display, perhaps BMW thinks that no longer matters. 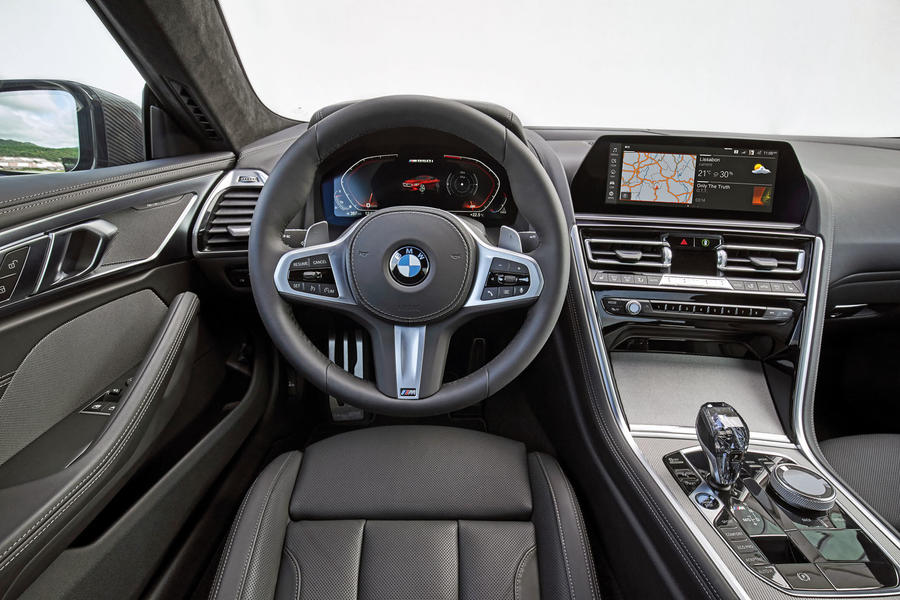 Elsewhere there’s a new transmission tunnel layout too and, if you want them, attractive cut glass versions of the car’s gear selector, iDrive selector, engine start button and audio volume knob. It all seems very nice, in the glorious isolation of an international press launch. Would it beat a Porsche Panamera, Audi A7 Sportback or Mercedes S-Class Coupe for material lavishness, perceived quality or avant-garde technological appeal? I’m not so sure.

The M850i’s V8 will certainly take some beating. It’s smooth and quick to respond, just as is the car’s eight-speed automatic gearbox, and retains that nicely elastic mid-range feel and top-end ferocity with which BMW M5 owners will be familiar. This is a seriously fast car that would give up very little on real-world pace even to full-fat AMGs and lesser Aston Martin DB11s. It’s also a beautifully quiet and well isolated car at cruising speeds – although I’d sooner hear more from that V8 under load and a bit less of the impression done of it by the car’s audio speakers.

The 8 Series’ ‘Integral Active Steering’ system is more intuitive in use than similar BMW set-ups used to be, but it still doesn’t quite give the car the tactile, enticing, natural-feeling rim you’d like from a big GT. The steering’s somewhat short on both front-end contact patch feel and on-centre stability; it’s too monotone of weight regardless of selected driving mode; and it’s also well capable of taking you by surprise when it at once lightens and quickens at roundabout speeds. That you’re constantly adapting to its changing characteristics remains a slight barrier to the enjoyment of the car’s driving experience.

Negotiate that hurdle successfully, however, and you’ll find the M850i is a fine-handling car: one as agile and compelling though a fast bend as any big GT. BMW’s standard-fit ‘eDiff’ for the rear axle adds handling balance and a modest dose of adjustability too should you want to spice things up, but not so much as to detract from the car’s towering sense of traction and stability under power.

And what about that steel coil ride? Hmm. It’s more than respectable, but not as sophisticated or finely honed as you might think. In comfort mode, our adaptively damped M850i felt absorptive if a touch restless on the motorway, and notably under-damped on the rebound. In sport mode, close body control is better and plenty of suppleness remains, but there’s a thudding edge to the secondary ride than a long-distance GT could do without. It was enough to make me check if the car runs on runflat tyres; it doesn’t, though other trim levels will.

If you want the isolated comfort of the most luxurious and demure coupes on the market, you should probably keep on trucking to that Mercedes, Audi or Bentley showroom.

There’s every chance that 8 Series drivers won’t want those things, of course; or at least not nearly as much as a really appealing dynamic driving experience – which they’ll find in the M850i. But these days you can find one of those in a Porsche Panamera too, and in other air-sprung GTs – often coming packaged with slightly better ride comfort and isolation.

A lot has changed in the market for big, continent-crossing two-plus-twos since the last BMW 8 Series last popped a headlight in 1999. This new one is a very welcome and likable return – but it’s got one or two tricks still to learn before it can be considered a truly world-class grand tourer. 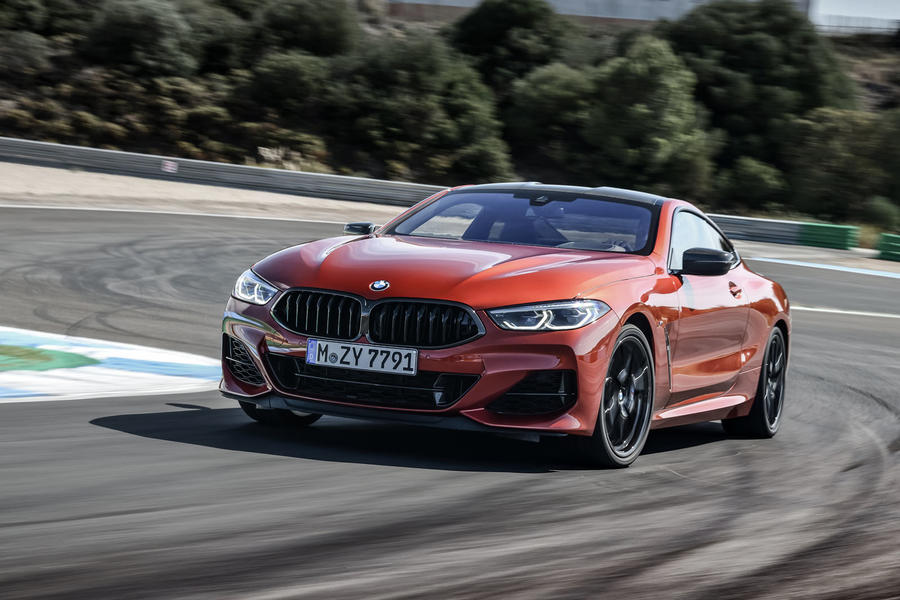 Depreciation means it is cheaper to have a Mclaren 540C

Got this quote from BMW.

It takes more to become a desirable grandtourer

Flagship GT is basically one of BMW’s biggest archilles heel. Because in the world of luxury GT, exoticness is more important than performance. If the car looks and sounds like nothing else on the market, few lack of speed or power are easily forgiven, something that makes Aston Martin and Maserati a powerhouse of exotic GT, and the newcomer Lexus LC so successful. Meanwhile for BMW, it completely contradicts their identity. Their past creation the original 8-Series was

It looked stunning, in an elegant, smooth, sleek, unaggressive kind of way, much like the 928. I am not so sure about this one.