Well, among coupés it’s a rarity. One of the first things you’ll notice about the new BMW 840d xDrive Coupe, once you start looking for decent diesel coupé rivals in its £75,000 price category, is that there aren’t any.

True, there are one or two sleek four-doors in the price ballpark, such as the Porsche Panamera. And the most powerful Audi A7 TDI Sportback packs nearly as much diesel punch at a lower price. But there are no honest-to-God coupé rivals. Not with this car’s neat mix of luxury and sportiness. All of which makes the 840d either a welcome rarity or an irrelevance, depending on your attitude to buying a new diesel car as we look down the barrel of the 2020s.

The obvious headline grabber in this new two-car line-up is the 523bhp twin-turbo V8 M850i that offers acceleration in the supercar class but can’t cruise nearly as far on a tankful and has a £24,000 higher starting price. The V8’s performance margin is something only a few owners will ever use, given that the calmer 3.0-litre, 316bhp 840d can still lay down a 4.9sec 0-62mph time, and matches the M850i’s governed 155mph top speed. 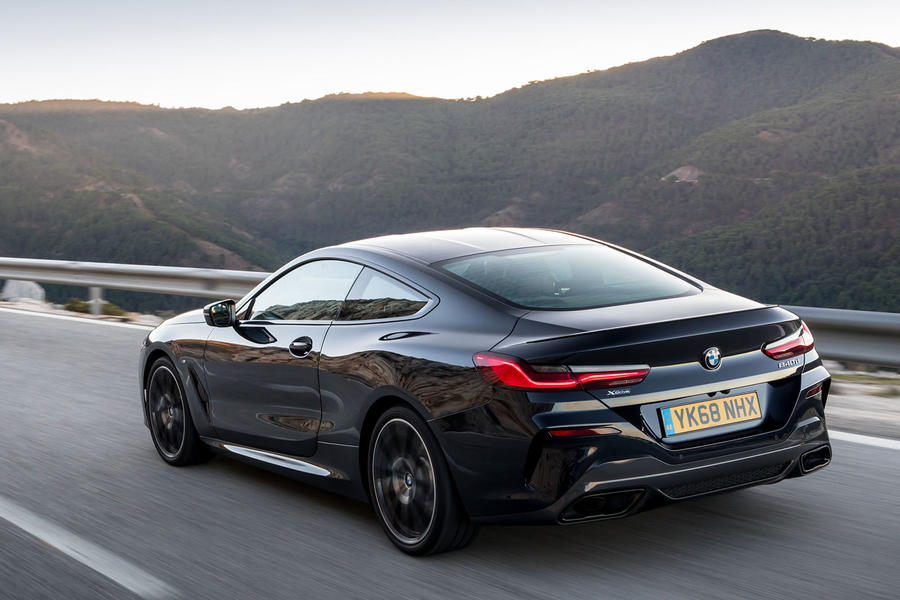 Few will be able to tell the difference easily between the two 8 Series models, at a casual glance. The UK importer has ensured both get M-level front spoilers, side skirts and rear spoilers, and the diesel has identical-looking exhausts and 20in Y-spoke wheels just like its petrol sibling. Only difference is that the diesel comes with run-flat tyres as standard, although you don’t have to take those if you don’t want to.

Inside, there’s the same progressive but very recognisably BMW layout, with plenty of smart piano black and brightwork in our test car. The fascia now features a new, even more configurable iDrive 7.0 system, and there are screens ahead of the driver to carry the major instruments as well as the massive affair above the centre console. There’s a head-up display, too, if you’d rather not look at any of the interior gubbins.

Thanks to the UK importer’s deep knowledge of local BMW driver preferences, the 840d comes as standard with most of the extensive driver aids and traction-keeping devices offered by its pricier stablemate, starting with the xDrive smart 4WD system and integral active steering, which quickens and lightens steering in slow, tight corners.

It all makes a satisfyingly impressive package for the long-distance driver, which is how you’ll soon view yourself (even for a trip to the shops) in this 840d, thanks to superb seats set low in the car, and a relaxed, long-legged powertrain that trades on torque in the Comfort driving mode you’ll be inclined to use most, rather than Sport or Eco-pro.

Sport keeps the revving at its torque peak and gives you instant access to gearbox’s kickdown – with resultant very strong acceleration – but when you’re simply driving briskly, it revs a little too noticeably to be satisfying. Better to stick with Comfort and downshift with the paddles when you have to, rationing your use of Sport for serious driving on serious roads. Which the 840d can do with relish, deploying with huge reserves of stability and grip. This is a sports coupé, and it’s always willing to prove it.

On the road, there’s something pleasantly old-school about the 840d that comes from a firm but somehow uncomplicated ride, provided by coil springs (not the increasingly common air springs in such cars) and because the standard model doesn’t have the adaptive damping and active anti-roll of more fully equipped V8s, either. You’d doubtless notice a deficit were you to drive one of these against more elaborately suspended models, but when you’re on your own, the car feels extremely complete and capable.

At first you’re aware of an engine drone that comes from BMW’s efforts to make this smooth and free-revving diesel six sound sporty, but settle into driving normally and you’ll soon see that the note only appears when you want it to. And sounds rather good when you’re going a bit. Truth is, you soon stop watching this car’s individual characteristics to enjoy the way it flows down the road. 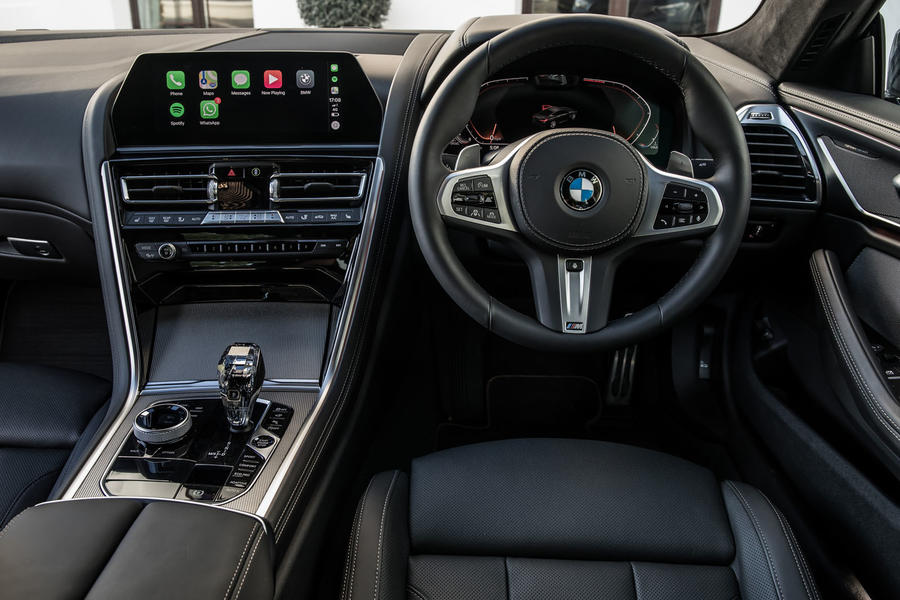 If you’re in for a big GT, with rakish looks yet decent access and a sensible boot, you’ll find it hard to better this. Especially with a 35mpg diesel engine that’ll let you cruise 600 miles on a tank.

At 4.8 metres long, the 840d takes up as much road as a big saloon, so it’ll never feel truly agile. But there’s the relaxed ride, the luxury aura and the cabin space to compensate.

Then there’s the special experience of sitting well back in the car, behind a long nose and ahead of a short boot. Best of all, it looks like decent value. 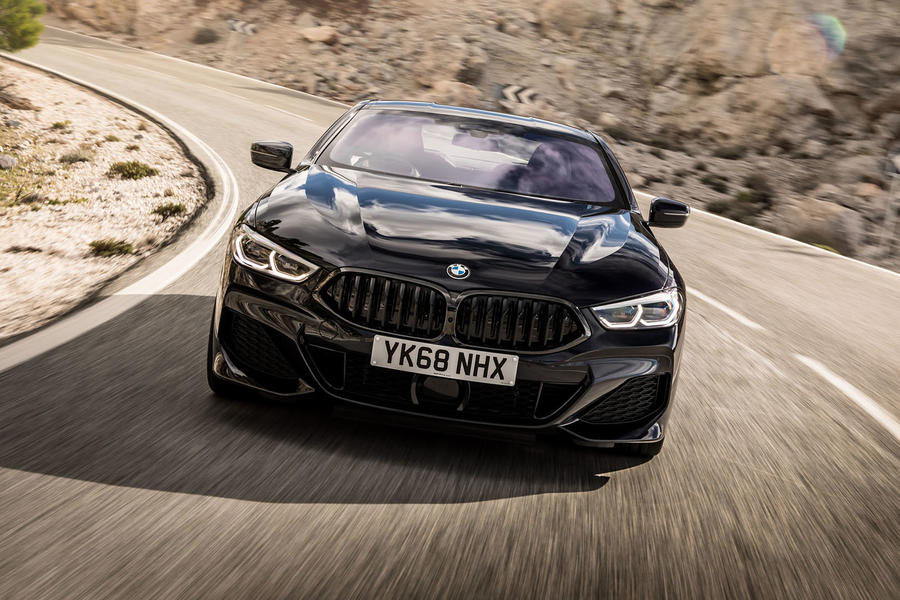 Eh, nope, ironically it’ll be the Deisel that’ll be the biggest seller, most of 5,6,7 and Grand Coupe are Deisel, why?, Well because you’ll get passable MPG out of them, which of of course isn’t the idea of a Coupe,no, the M850i will be a rare Bird indeed...

Google offering online home based business at home you can earn up to $32549 a month shortly after several hours of work.I have started this job and I have never been happier and now I am sharing it with you, visit this website for more details ...

Why no sunroof offered on

3 December 2018
Why no sunroof offered on this car? That's a serious omission on such a car.

Why no sunroof offered on this car? That's a serious omission on such a car.

Look at the roof and see why, before posting stupid questions that you should have spotted the answer to, beforehand.

Really, It is a very amazing car.

If I wanted something this

If I wanted something this size and shape I'd go for a Mustang GT.  Of course the BMW would score better with the neighbours on Golfside Crescent, but I'd save over £30,000, I'd feel less of a wanker and I'd have way more fun.

It was time for an interior

It was time for an interior re-jig but this design looks dated, not impressed.

I am reading your blog since couple of days and My morning starts with your blog. I get to learn lot of new things and For a moment I never had a feeling that I am reading. HP Printer Support|Garmin Map Update|tomtom.com/getstarted| outlook support phone number