BACK TO ALL NEWS
Currently reading: 235mph Lucid Air due in 2019 as electric BMW 7 Series rival
UP NEXT
Opel Manta A: 1970s coupe reborn as one-off retro EV

The Lucid Air, an all-electric saloon due in 2019, will mix sports car handling with the comfort of a luxury saloon, its marketing manager has claimed.

David Salguero told Autocar that development of the Air, a car that is claimed to have a 400-mile range, is being led by former Lotus, Jaguar and Tesla engineering boss Peter Rawlinson, who is Lucid’s chief technical officer.

Salguero said Rawlinson’s experience will ensure the California-based company’s first model delivers as a driver’s car that is able to take on offerings from established marques such as BMW, Audi and Mercedes-Benz.

Using a twin-motor four-wheel-drive powertrain with up to 1000bhp in its most potent form, the Air will be considerably more powerful than its conventional rivals. Its creators believe the low-set placement of its batteries will also help the car steer at least as effectively as those rivals.

“The Air has been designed with enough flexibility to be future-proof,” Salguero told Autocar during an exclusive interview. “It’s the kind of car that lovers of driving will like to drive. Rawlinson is the best man for the job – he knows how to make a beautiful-handling car.” 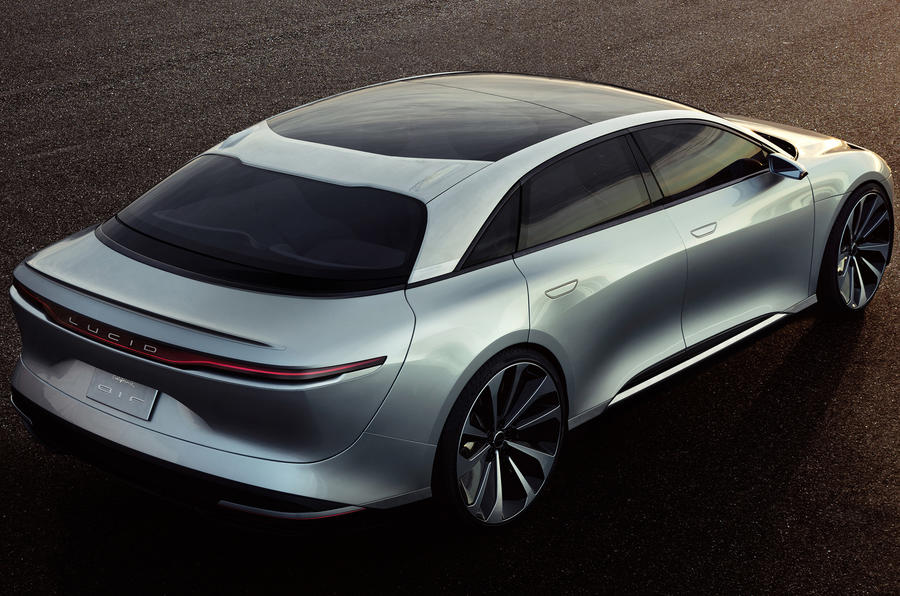 Lucid isn’t aiming the Air directly at the Tesla Model S but rather a wider window of luxury performance saloons, including models such as the BMW 750Li. Salguero said this long-wheelbase BMW – which is 150mm longer than a regular 7 Series – was actually the Air’s benchmark for cabin space but that the car’s overall dimensions would be smaller.

“By miniaturising the EV powertrain, we can make [the Air] small on the outside but big on the inside,” he said. “It will have a large, comfortable, spacious interior, comparable [in size] to the S-Class long-wheelbase, while being about the same size as an E-Class.”

The Air reached 235mph during testing in July and is claimed to be capable of accelerating from 0-60mph in 2.5sec in top-spec form. An entry-level model that uses one motor will also be produced, offering 400bhp and a 240-mile range, enabling prices for the Air to start from $60,000 (about £45,000).

“Performance is just one piece of what the car is about,” added Salguero. “Speed and acceleration are byproducts of the [top-spec] car’s 400-mile range.”

Salguero explained that Lucid’s experience in batteries – including working with McLaren and on the next-generation Formula E battery packs that’ll enable cars to run for twice as long – is furthering the brand’s technology and knowledge. 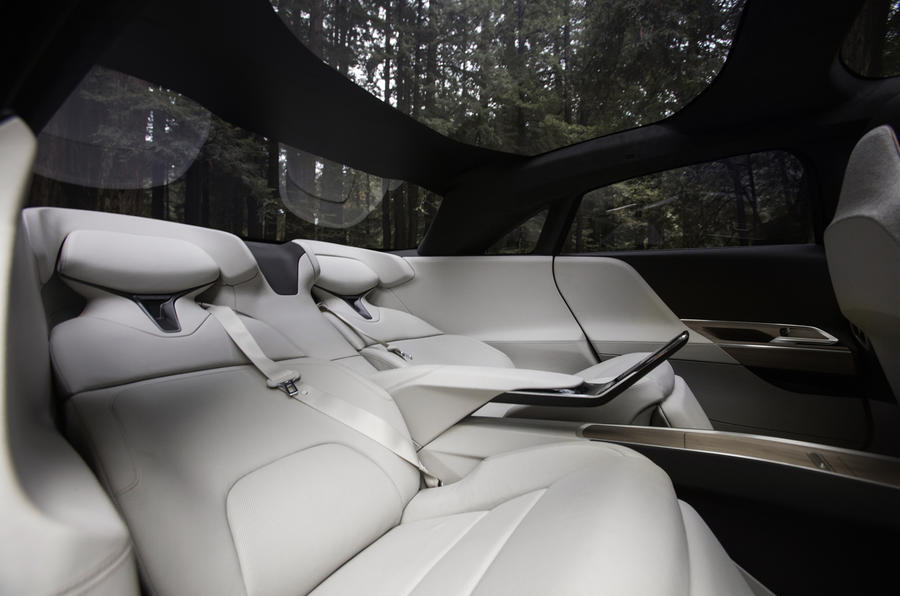 Lucid has also teamed up with Samsung SDI to speed up development of the batteries, as well as former Tesla partner Mobileye, a specialist in autonomous vehicle technology, to give the Air full autonomous capability from the first day of production - although it will launch with Level 2 and be upgraded as software advances via over-the-air updates. The hardware will use a suite of hardware made up of cameras, radar and lidar sensors.

In a company statement earlier this year, Lucid said: “These technologies will enable a full Advanced Driver Assistance System suite at launch and then enable a logical and safe transition to autonomous driving functionality through over-the-air software updates."

Salguero said that, as things stand today, the car is 95% complete, with investors “absolutely taking us seriously” as the Air reaches its final stages of development. Production will soon start at Lucid’s Arizona factory, which is scheduled to start producing Airs for customers from 2019, when 10,000 models will be made. Eventually, Lucid intends to up production to 60,000 units annually. The factory will be capable, should demand reach it, to produce up to 130,000 units per year.

Lucid intends to bring the Air to Europe, including the UK, but Salguero said “no announcements have been made” as to when that’ll be. Long term, the company intends to produce more luxury models, but Salguero said Lucid “wants to make sure the brand is established and well understood before we do anything else”.

There is too much bullshit in the air

Irrespective of how it is powered, you cannot just build a car that is as good as an S Class Mercedes.  You just can't.  It takes decades of experience and billions of £s.

Even Mercedes can't make the S Class 'handle like a sports car'.

Totally bloody ridiculous, but so many people seem to think if they close their eyes and believe, it will be true.

Why do we need Cars like this to do 200mph+ ?, surely the object of Electrifying Cars is provide clean safe transport?,plus, in the not to distant future, Cars will be the new White Goods,taken for granted,anonymous lumps of plastic and Aluminium,no , silly top speeds will not matter in the real World where 99% of us live.

Why do we need Cars like this to do 200mph+ ?, surely the object of Electrifying Cars is provide clean safe transport?,plus, in the not to distant future, Cars will be the new White Goods,taken for granted,anonymous lumps of plastic and Aluminium,no , silly top speeds will not matter in the real World where 99% of us live.

It's a stat you can use to sell the car, and is the result of having big power - same as an ICE car. If you've got power for acceleration, then you can also pull off a high top speed.

A combustion engine has to be tailored either for power or economy - the electric motor is a very simple device and doesn't have to make anywhere near the same degree of sacrifices.

Think about it - in almost

Think about it - in almost all cases new tech is previewed on high end, lower volume, expensive products and then filters down to lower end cheaper products, this applies to almost ALL products, electric cars are no different. Your question is silly, you may as well ask why the cheapest Fiesta doesnt come with massaging seats.

I believe increase in

I believe increase in performance = improvement in range as long as the driver does not take advantage of the performance potential. This is the paradox.

It's disingenous of manufacturers to boast about performance without emphasizing range, in this case 400 miles, so it claimed, depending of course how it's driven.

So they do a 1000hp twin motor with a 400mile range and a single motor 250hp with 240 mile range. Why not fit the big battery to the lower powered single motor car. Imagine if BMW fitted a tiny fuel tank to a 320d just to ensure it has less range than an M3.

So they do a 1000hp twin motor with a 400mile range and a single motor 250hp with 240 mile range. Why not fit the big battery to the lower powered single motor car. Imagine if BMW fitted a tiny fuel tank to a 320d just to ensure it has less range than an M3.

You're coming at this from an ICE perspective. in electric cars the battery is the really expensive bit, not the motor. So if you're doing one cheap short-range model and one more expensive long-range model, you might as well chuck in some bigger motors on the long-range one and have straight line performance as a selling point too.