BACK TO ALL NEWS
Currently reading: 2022 MG 4 could be similarly styled to China-only MG Mulan
UP NEXT
Exclusive: Jaguar to return in 2025 with trio of electric sports SUVs

The forthcoming electric MG 4 hatchback, due later this year, is expected to be very similar in design to the Chinese-market MG Mulan, unveiled this week.

The Mulan shows off a fresh design language for the firm, marking it out from the MG ZS EV and MG 5 SW EV.

The 4 was previewed in February, with the image hinting that the new arrival will feature radical design cues. 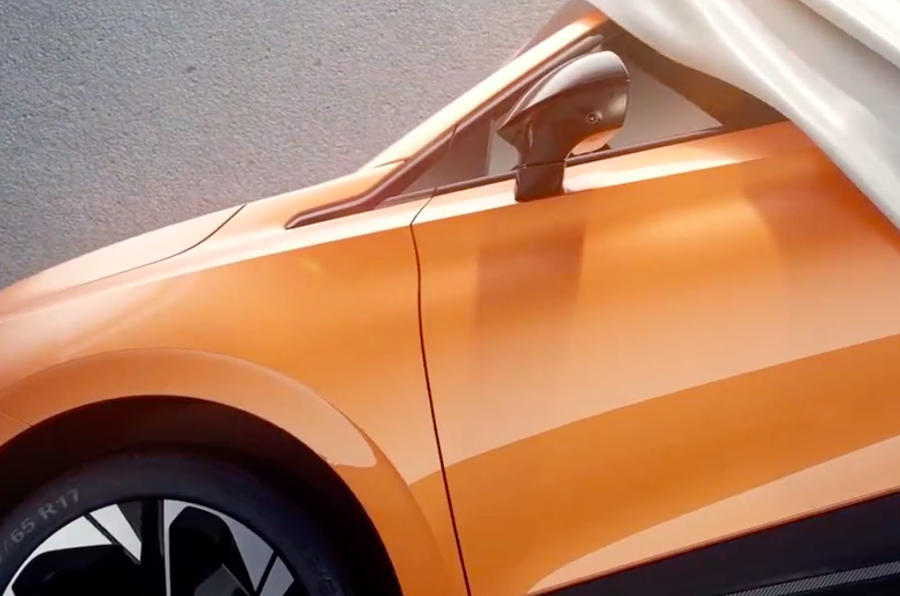 MG gave few details of the 4 at the time, but it did confirm it measures 4300mm long - a similar size to the Kia e-Niro – and "is developed with the UK consumer in mind".

The new car is set to be positioned as a value alternative to electric family hatchbacks such as the Volkswagen ID 3 and Kia e-Niro.

The Mulan will also be the first EV built on SAIC’s Nebula platform, meaning it will be rear-wheel-drive.

No battery information has been released for the 4, but it's expected to get something similar to the packs offered in the ZS EV: 51kWh for 198 miles and 73kWh for 273 miles.

Yet it could also be broadly identical to the latest iteration of the 5 EV, with a front-mounted 154bhp motor giving a 0-62mph time of around 7.0sec and a 57.7kWh battery that's good for some 250 miles - figures that would line it up as a viable rival to the Ora Funky Cat, another Chinese hatchback due on sale in the UK this year.

The Mulan also features a wrap-around rear light bar, which was visible in the teaser video for the MG 4.

The MG 4's size places it neatly between the current MG 3 – which is set to be replaced in the coming months by an all-new electric supermini – and the 5 estate, which makes it likely this new car will be called the 4. Indeed, a link posted to MG's Twitter feed redirects to a URL containing the phrase 'MG 4 tease'.

As for the focus on UK buyers, it remains to be seen how the car will be more directly targeted at this market than other models in the MG line-up. One possibility is that various design cues will play off the brand's previous life as a Midlands-based sports-car manufacturer.

So all the images so far have no charging port shown..great must be wireless charging, well done MG!! And no rear wiper, great must be one of these new hidden rear wipers..MGis leading the pack! I mean they could not be that stupid as to release a car for the UK / Irish market with no rear wiper...

Marc 10 June 2022
Great! I'll have mine with spare ribs please.
MaxTorque 23 February 2022
"One possibility is that various design cues will play off the brand's previous life as a Midlands-based sports car manufacturer. The Cyberster concept had Union Jack-shaped rear light clusters, for example."

What this brand was previously has absolutely nothing to do with what it is at present. Current MGs are SAIC cars down to the last rivet and for the Chinese to market this as somehow 'British' by slapping on Union Jack-shaped rear lights is pretty brazen and not a little cynical.

Remember, buying this or any other Chinese car helps enrich the Communist regime in Beijing.

People had better think before signing on the dotted line.

so exactly as BMW has been doing with mini for the past 20 years then... and where do 99% of your consumer items come from? Oh yes, China.

little England called, it wants its idiot back.