BACK TO ALL NEWS
Currently reading: 2021 Dacia Sandero officially previewed ahead of unveiling
UP NEXT
New 2022 BMW 8 Series gets M-car makeover

Dacia is ramping up preparations for the unveiling of the 2021 Sandero supermini, beginning with an official preview video.

Although it offers only a fleeting glimpse of the Sandero, the clip, combined with previous spy shots, gives us a good idea of what to expect when it's revealed later this month.

Compared with the outgoing model, the next-generation Sandero sports an evolutionary rather than revolutionary appearance, with a curvier front end and a wider stance. It also appears to gain a clamshell bonnet and a higher beltline.

Dacia has yet to confirm details of the new car’s powertrain, although given the Sandero will arrive after the EU introduces strict new CO2 regulations in 2021, there is the potential for some kind of hybrid system. 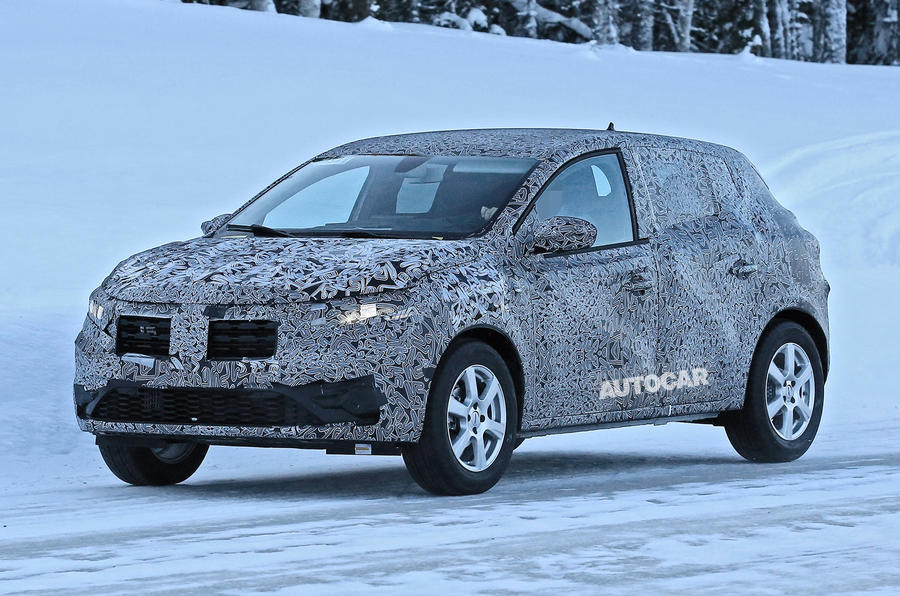 Dacia's first fully electric car will arrive in 2021 as a production version of the recent Spring Electric concept, complementing the new Sandero.

The 2021 Sandero is expected to be based on Renault's new modular CMF platform. The Renault Group, which owns Dacia, plans to have 80% of its models using this by 2022. The current Sandero sits on a Renault-Nissan-Mitsubishi Alliance platform that has been around since 2002.

Given Dacia’s reputation for affordability, it's likely that the new Sandero will retain the brand’s utilitarian focus and affordable pricing structure. Entry-level variants are expected to be basic affairs, but higher-end models should receive some of the new technology shown on the latest Duster SUV.

Keep it cheap and cheerful.

It's good to see at least one marque aiming to remain "affordable".  All the others that used to cater for this end of the market have inexorably become more expensive.  Skoda and even Kia and Hyundai are losing the price advantages they once had.  I suppose the lure of greater profit margins is irresistable.

Just the way it is?

Yeah, don't bother removing the cladding and camo, it looks better with it!