BACK TO ALL NEWS
Currently reading: 2020 Porsche 911 GT3 spied in near-production bodywork
UP NEXT
New 2026 Polestar 6 confirmed as 874bhp evolution of O2 concept

The next-generation Porsche 911 GT3, due in 2020, has been spotted testing on public roads in near-production bodywork.

Previous test mules had greater amounts of camouflage, making this the first time the upcoming car's front end has been seen almost entirely undisguised - revealing an extra air intake between the headlights. This latest prototype also reveals the sizeable signature rear wing, and a similar rear LED light bar to the new 992-series 911 due to be shown at this year's Los Angeles motor show.

The next GT3 is expected to resign an illustrious line of race-bred naturally aspirated performance engines to the history books, according to sources close to the German car maker, who suggest it is due to adopt a twin-turbocharged powerplant.

The move, not yet officially confirmed by Porsche, would bring the 2020 911 GT3 and its more heavily focused 911 GT3 RS sibling into line with other models in the new 992-series 911 line-up, which are already confirmed to received updated versions of today’s turbocharged 3.0-litre and 3.8-litre units. 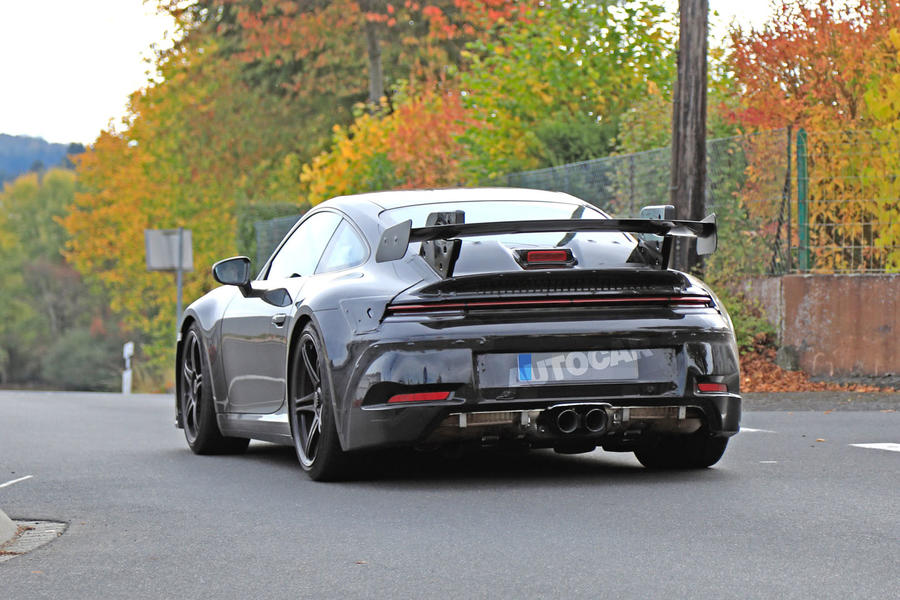 The Stuttgart-based source, with direct links to Porsche Motorsport, contends plans are for the GT3 to adopt a heavily reworked version of the existing 911 Turbo’s twin-turbocharged, 3.8-litre horizontally opposed six-cylinder engine.

In the new 911 Turbo, due to be revealed during the latter half of next year, the revised engine is expected to kick out 572bhp, giving it the same output Porsche as the outgoing 911 Turbo S. However, suggestions are it could be tuned to deliver somewhere in the region of 513bhp for the new 911 GT3.

With the naturally aspirated 4.0-litre flat-six engine used by today’s 911 GT3 rated at 493bhp, the twin-turbocharged unit would undoubtedly have to the potential to not only lift the power output of its successor but also bring a wholesale increase in torque. 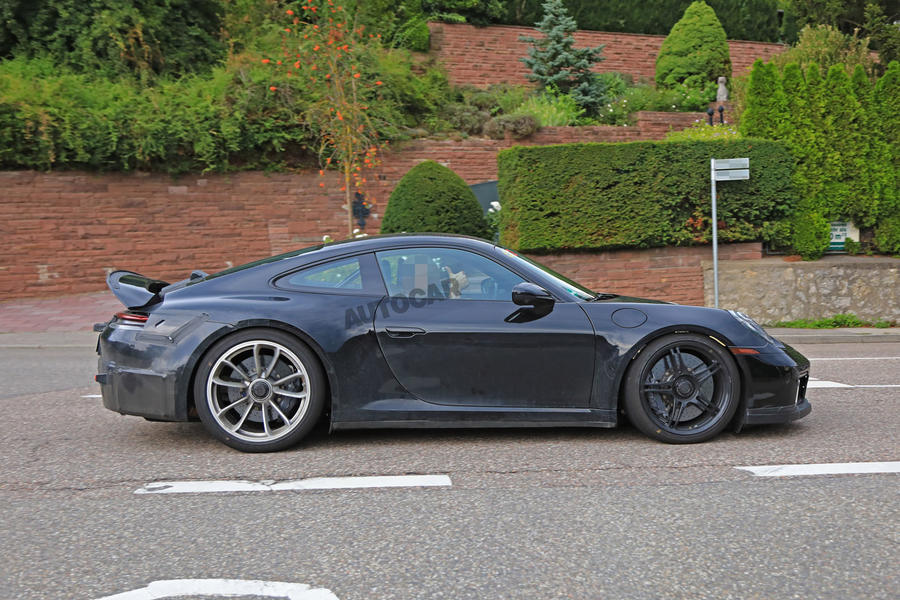 As well as considering big changes to the 911 GT3, Porsche boss Oliver Blume has reportedly also provided a definitive green light to a new hybrid-powered 911 model within the new 992 series.

Details remain scarce, though the new petrol-electric-powered 911 is expected to feature the upcoming Carrera’s turbocharged 3.0-litre horizontally opposed six-cylinder engine in combination with a 94bhp electric motor for a combined output of around 478bhp. Energy for the electric motor is rumoured to come from a 11kWh lithium ion battery.

Power and glory: 70 years of Porsche

Roadster clearly has a hard top with very poor visibility.

So, then, Turbo without front shafts is now GT3.

Turbo S without front shafts is GT3RS. Or is it GT2RS?

And Turbo with a bit less displacement is Carrera 4S.

Porsche still makes amazing 911s, but it is sad to look at the company that converges everything towards one base and at the same time condones the speculation with some of its cars.

Company building cars for enthusiasts? No, not any more.

Can’t keep churning out the same old same old, got to have a new Hook to catch future punters, I think hybrid will eventually get into Porsche DNA....