Bentley is testing its upcoming Continental GT Convertible at the Nürburgring with ambitions of making the 2019 model its sportiest drop-top yet.

Due on sale in 2019, it's expected to follow the example of the recently launched coupé and be offered exclusively with a W12 engine initially, although a lighter V8 version will follow.

The latest sighting follows one in Britain, where Autocar reader Nigel Hart saw a car at a motorway service station in Cheshire. Insurance database information showed that it was running with a 6.0-litre engine that's expected to be identical in spec to its sibling's, so will offer 626bhp and 664lb ft of torque. The unit is shared with the Bentayga but has been fine-tuned for the two-door's use.

A 4.0-litre V8 version is due later in both the coupé and soft-top models, but there's no word yet on whether it will be available at the convertible's launch. It was previously suggested that the V8 could be added in time for the soft-top's arrival, thereby providing the car with two engine options from the start, but no V8 test cars have been spotted at this stage. 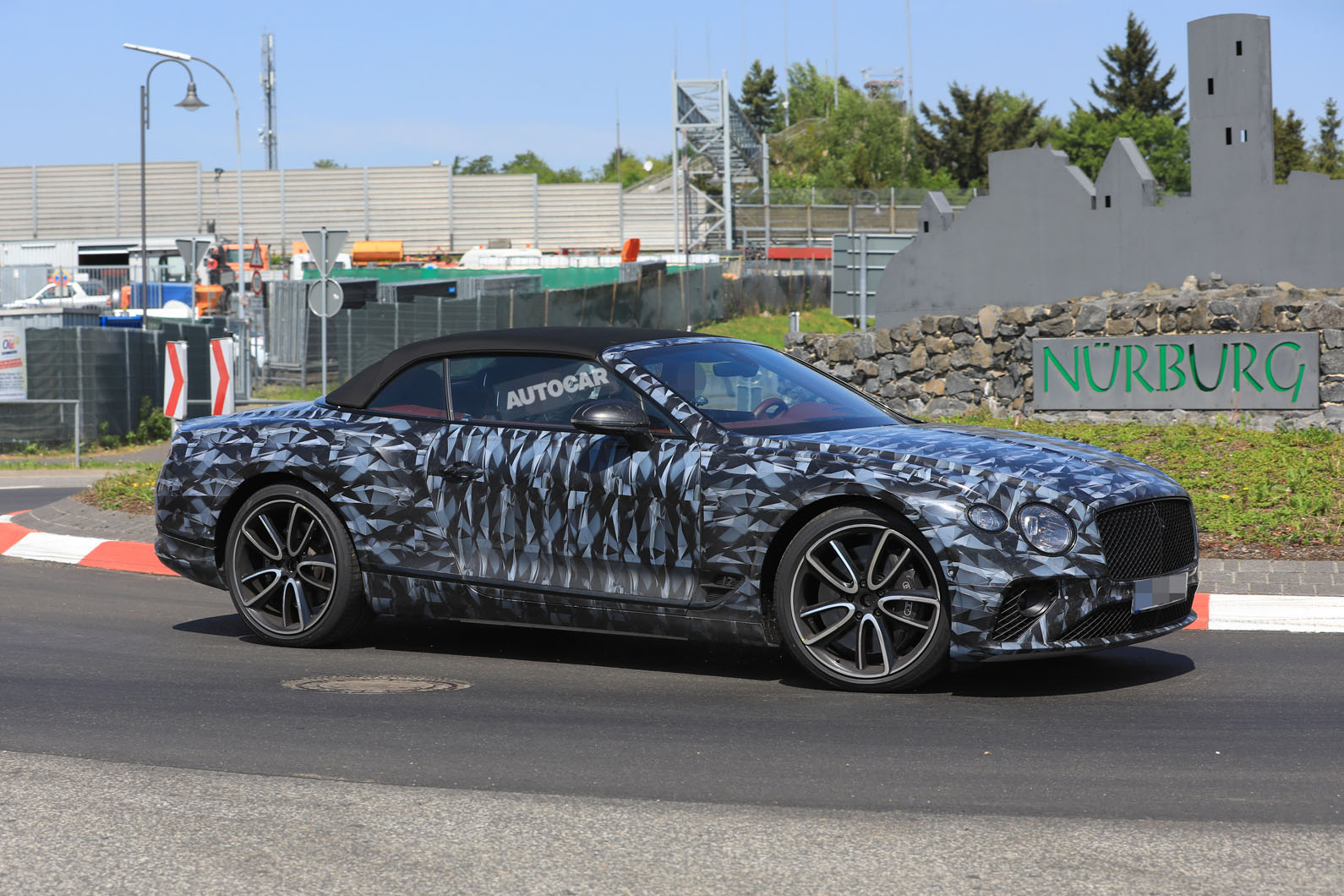 Bentley held its winter testing in Scandinavia, where engineers had been analysing the car's cold weather running and fine-tuning its Porsche-developed underpinnings. The soft-top model, which is still sometimes referred to as the GTC, as that was the name of the first-generation version, will use the same MSD (modular standard drivetrain) underpinnings as its sibling but swap a metal roof for a folding fabric one.

The new structure, which proved to be more agile and responsive than the old car’s Volkswagen Phaeton base in our first drive, is shared with the Panamera but has been developed to accommodate Bentley models from the start.

The superb V8 engine breaths new life into the Bentley Continental GTC, without completely changing the formula established back in 2006

Its local stiffness is considerably higher than the previous model’s base and that should bode well for the convertible, which will lose some rigidity without a roof but likely retain much of the coupé’s composure, thanks to the new Conti GT’s clever suspension technology. 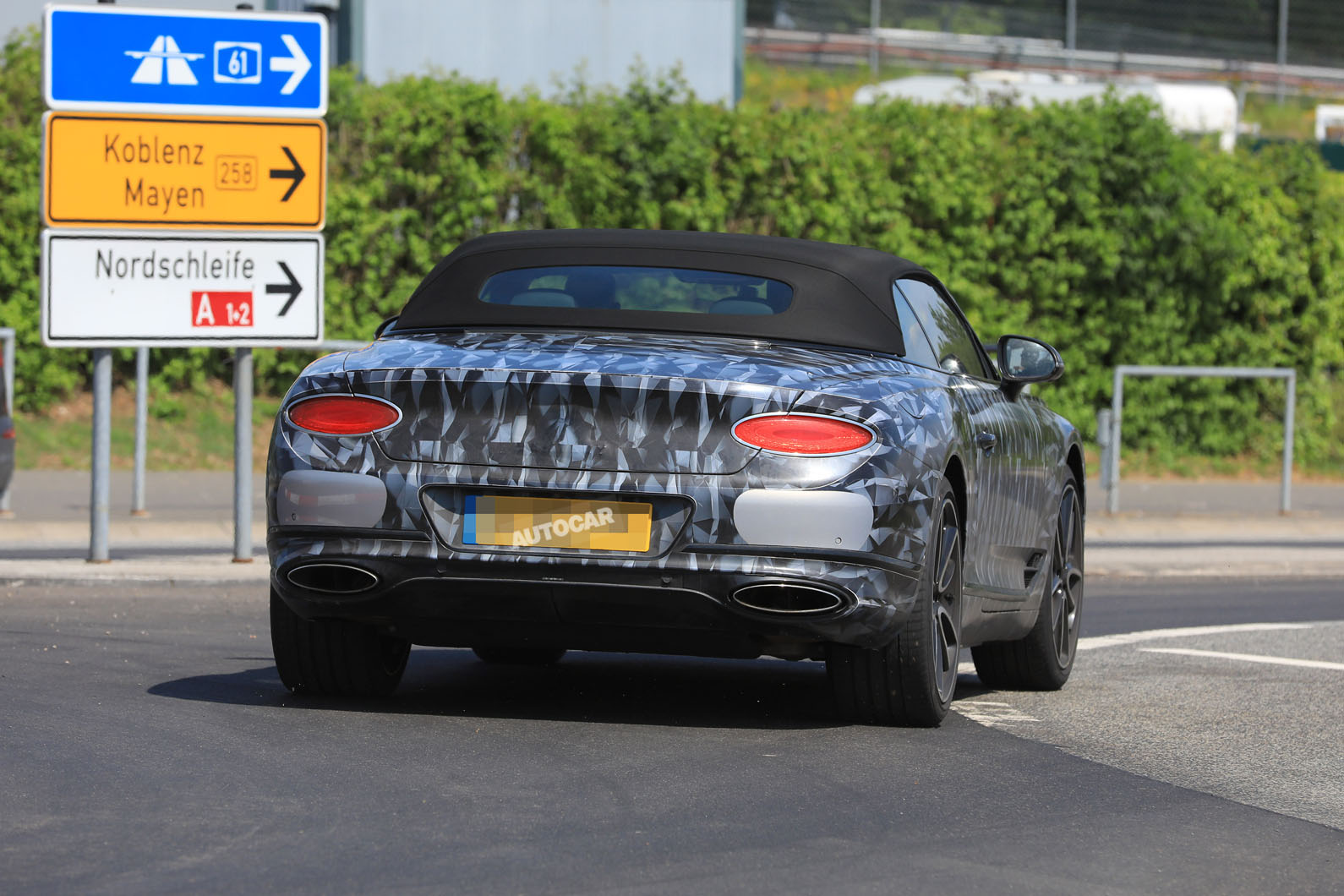 Like the coupé, the convertible will use air springs and active anti-roll bars that are powered by the car’s 48V architecture to drastically reduce body roll. The system can effectively counter lean in corners while also enhancing stability.

Bentley’s Conti GT drivetrain features a ZF eight-speed automatic gearbox and power is sent to all four wheels, although there’s a rear bias in the new model. This trait has made the coupé more playful than its predecessors, so expect the convertible to become Bentely’s sportiest yet. 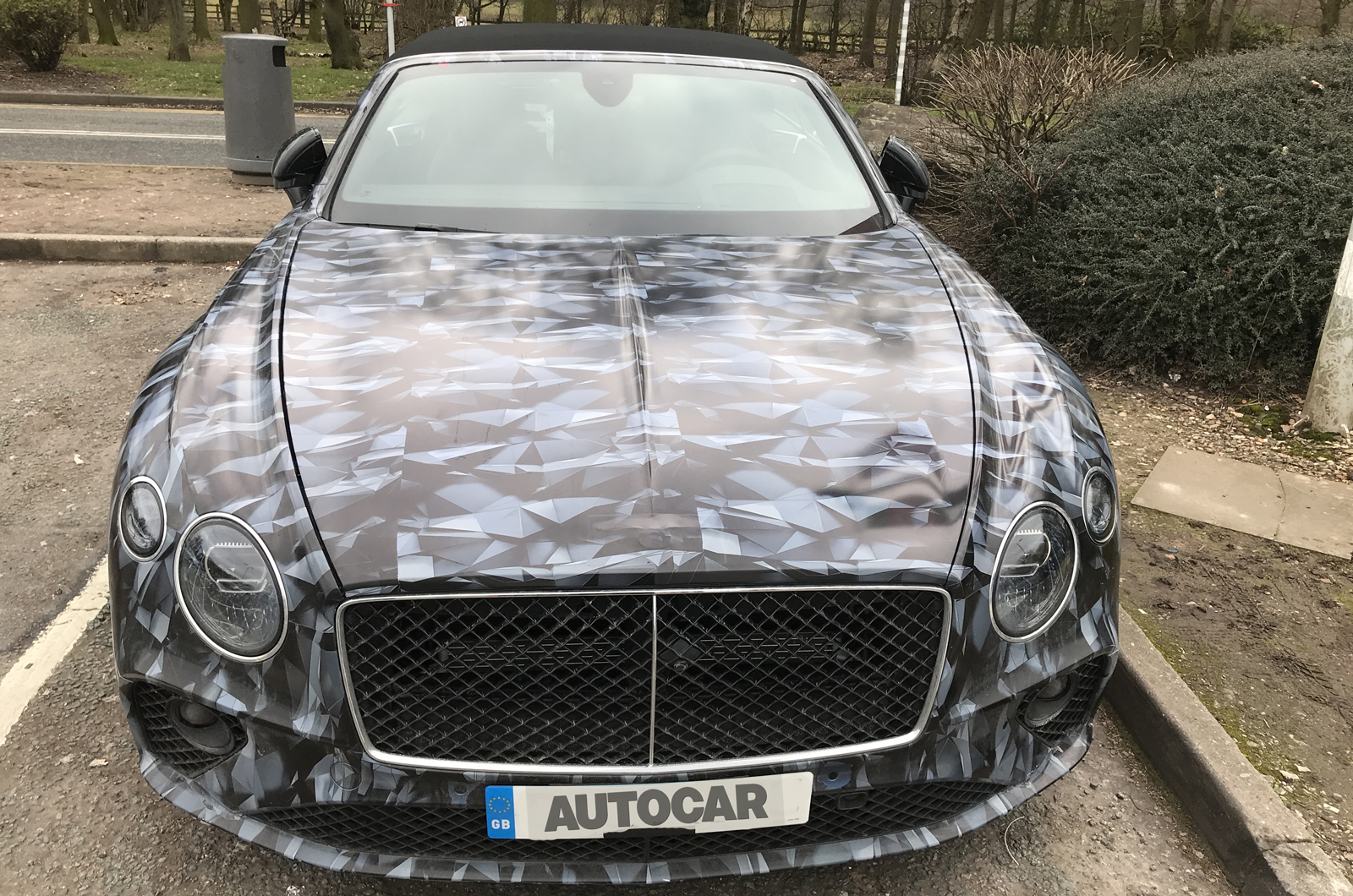 This, of course, only applies if we discount the original Blower Bentleys of the 1920s from the comparison. Those most focused machines were created to race at Le Mans, but they had no tops at all – not even folding ones – so were proper open-top machines rather than convertibles.

As for the arrival time, a company spokesman told Autocar that “the focus for 2018 was on launching the Continental GT”, suggesting the Conti GT Convertible will arrive at the start of next year. The coupé will arrive in showrooms this summer.

I’d say the only thing that is at odds with the shape is that in think the tail lights don’t really match the design shapewise.....

It probably will be quite sporty, compared to a bus.
Luap 22 March 2018

I can't tell if thats a prototype or if some footballer has taken it to Mansory already..

I can't tell if thats a prototype or if some footballer has taken it to Mansory already..