BACK TO ALL NEWS
Currently reading: 2018 MG 3 to face Sandero with sporty new trim and revamped interior
UP NEXT
UK EV charging network to improve after "horrible" summer

Already on sale in China, MG’s Sandero rival is due in Britain this March with an all-new dashboard
Open gallery
Close

MG is upping its efforts in the fight against the Dacia Sandero by upgrading its 3 hatchback for 2018 - and our latest sighting shows the car wearing new, sporty bodywork.

Already on sale in China and now being tweaked for Europe, the budget five-door is due in UK showrooms later this year with an all-new interior and tweaked exterior design.

The MG 3 remains a left field choice in Britain, where it has taken four years for the model to surpass 10,000 sales, but MG is bidding to attract more buyers with the 2018 car’s significantly upgraded features list.

New for this year will be a dashboard with features borrowed from the ZS crossover, including a cleanly designed dashboard that features a centrally-mounted touchscreen. Outside, the car features new lights with more modern motifs. 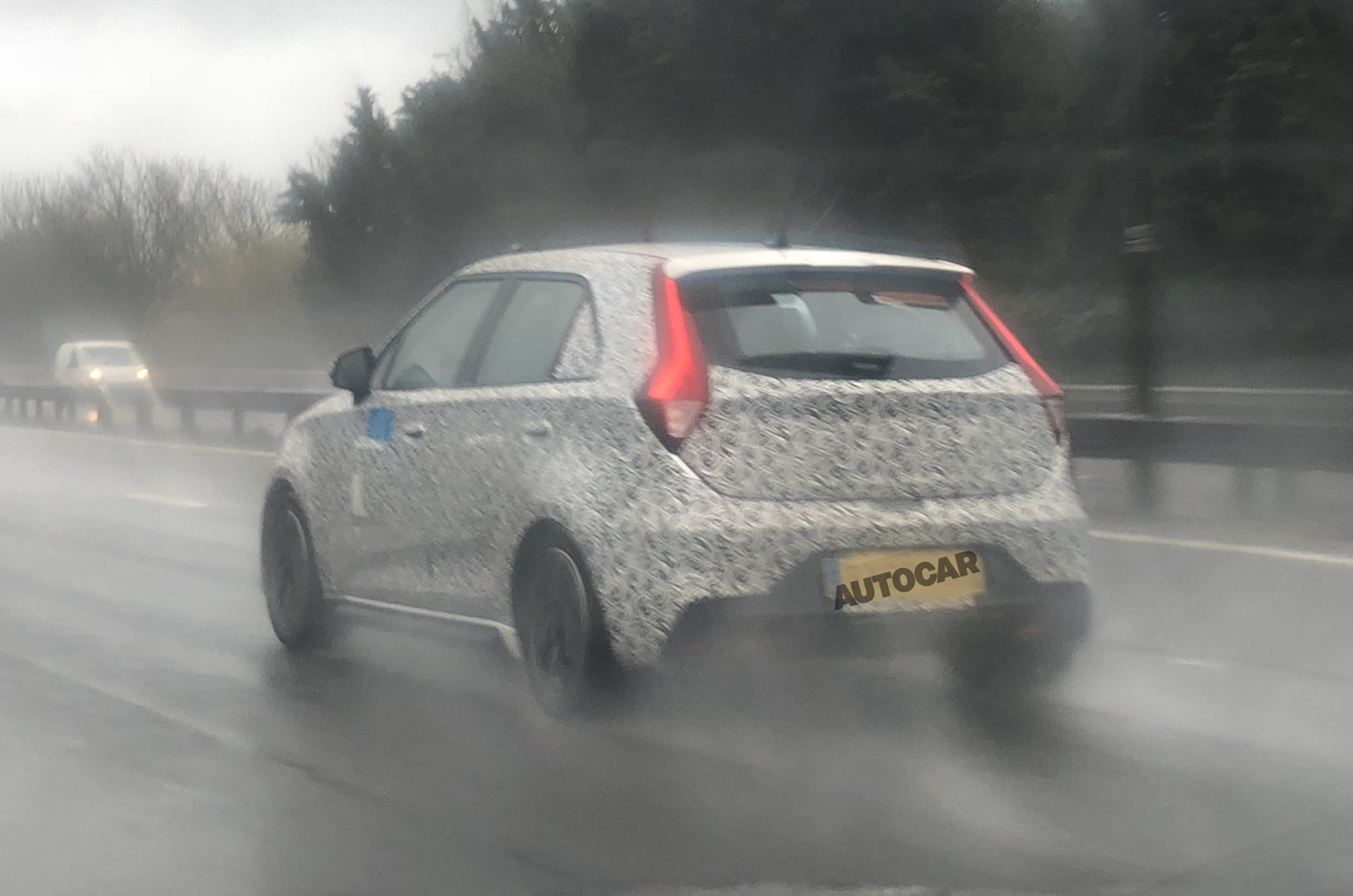 Autocar reader Liam Aldous spotted this development MG 3 on the motorway with what looks to be new sports bodywork and larger wheels. The finish should help to boost the 3's desirability, especially among younger buyers. Earlier sightings (below) have shown the car in a lower spec.

The facelifted car will also produce slightly more power from its naturally aspirated 1.5-litre petrol engine. The outgoing car sends 105bhp to its front wheels, but the 2018 model’s output will be boosted to 115bhp. Torque is also due to raise from 101lb ft to 111lb ft.

This will give the MG 3 more grunt than the most powerful Sandero, which has 89bhp and 103lb ft. The Dacia’s top turbocharged three-pot offers better economy, however, with 55.4mpg to the current MG 3’s 51.4mpg. 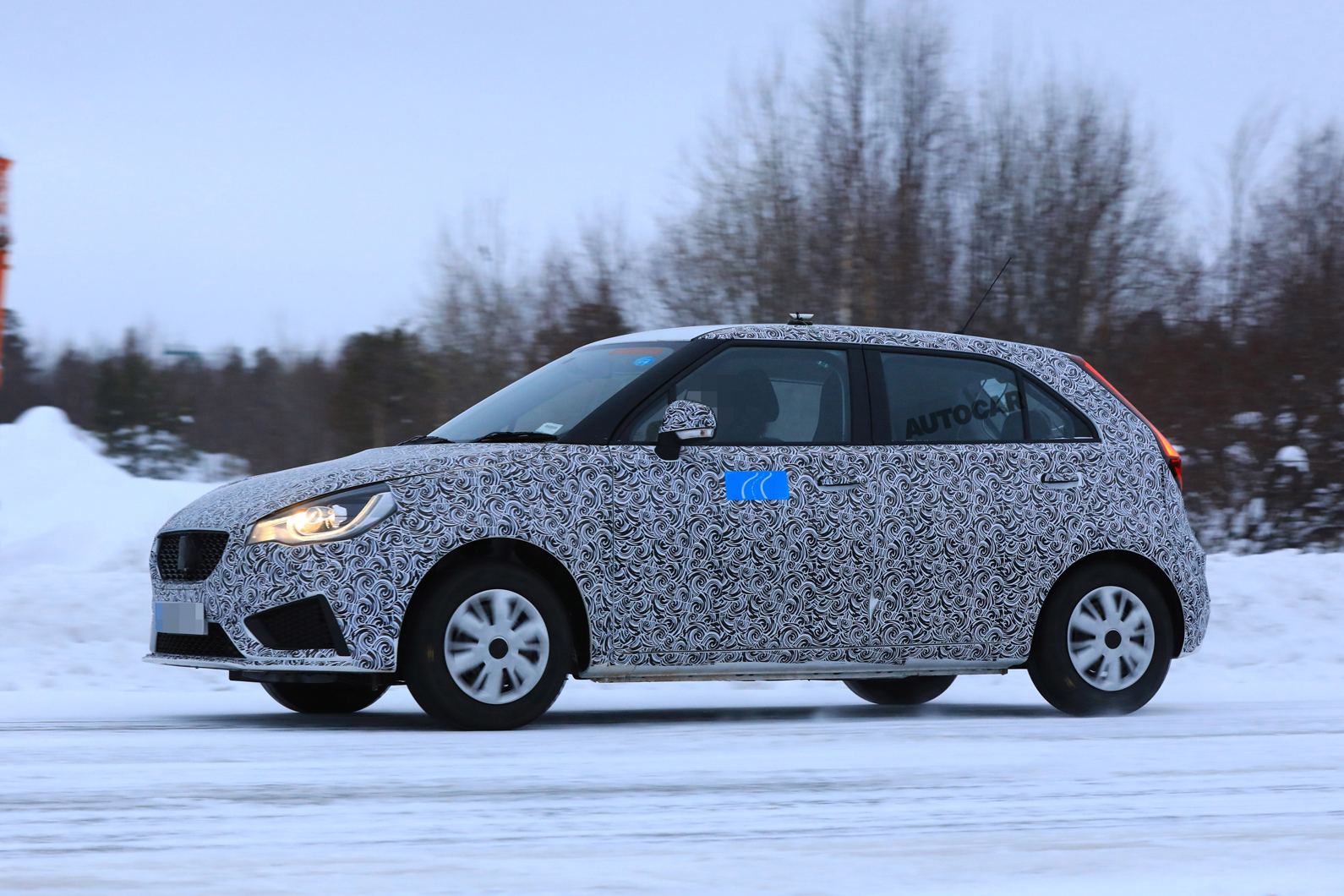 The main difference between the Chinese and European MG 3 will be in how it rides. European buyers typically prefer sharper handling cars, so the 3 will be given a slightly more agile setup that eliminates excessive body roll.

Pricing for the updated MG 3 isn’t expected to change drastically from the current car, which opens from £8695. Though that makes it £2700 pricier than the Sandero, which remains Britain’s cheapest new car, the updated MG’s more generous standard features list and sportier design may help to lure buyers in its direction.

MG, which is owned by Shanghai-based SAIC Motor, has grown its UK presence in recent months. But it still only represented 0.16% of the country’s new car market at the end of 2017. Contrastingly, in China, MG and sister brand Roewe, which was born from the ashes of Rover, upped sales by 78% last year to surpass half a million units.

MG 6 revealed for Chinese market ahead of 2018 UK launch

Always been a smart-looking small car

...and having poked around inside one the perceived quality dudn’t seem a million miles away from an entry-level VW Polo.

Needs that 3-pot engine to be a contender.

They should also add the option of...

They should also add the option of the 3 cylinder turbo from the new ZS, with a 5 or 6 speed manual gearbox, boost the engine to around 125BHP, should be a cracker.

India Autos Blog and presumably Autocar India have photos.  The new grille is like the ZS and the instruments are more comprehensive, although the present car's simplicity was part of it's appeal if, like me, you yearn for a less complicated life.  I looked at an MG3 at a local dealer and felt it was well put together and a pre-registration car with no mileage at just over £7k looks an attractive prospect on Autotrader.