BACK TO ALL NEWS
Currently reading: New MG 6 revealed for Chinese market ahead of 2018 UK launch
UP NEXT
Lamborghini Sterrato off-road supercar spotted testing

Revealed at the Guangzhou show, the 6 has taken a leap upmarket over its predecessor
Open gallery
Close

The new MG 6 has been revealed for the Chinese market at the Guangzhou motor show ahead of an anticipated UK launch next year.

Following the design of the new GS SUV and hugely popular E-Motion electric sports car concept, the 6 has a Mazda-like front end, with the intricate pattern in the grille inspired by Mercedes-Benz’s ‘Diamond’ design. MG calls the grille ‘Star Rider’.

Other higher-end touches include sequential indicators and LED lights.

Inside, the 6 takes a leap upmarket over its predecessor, with the option for a red leather interior in its home market. The seats are electrically adjustable. 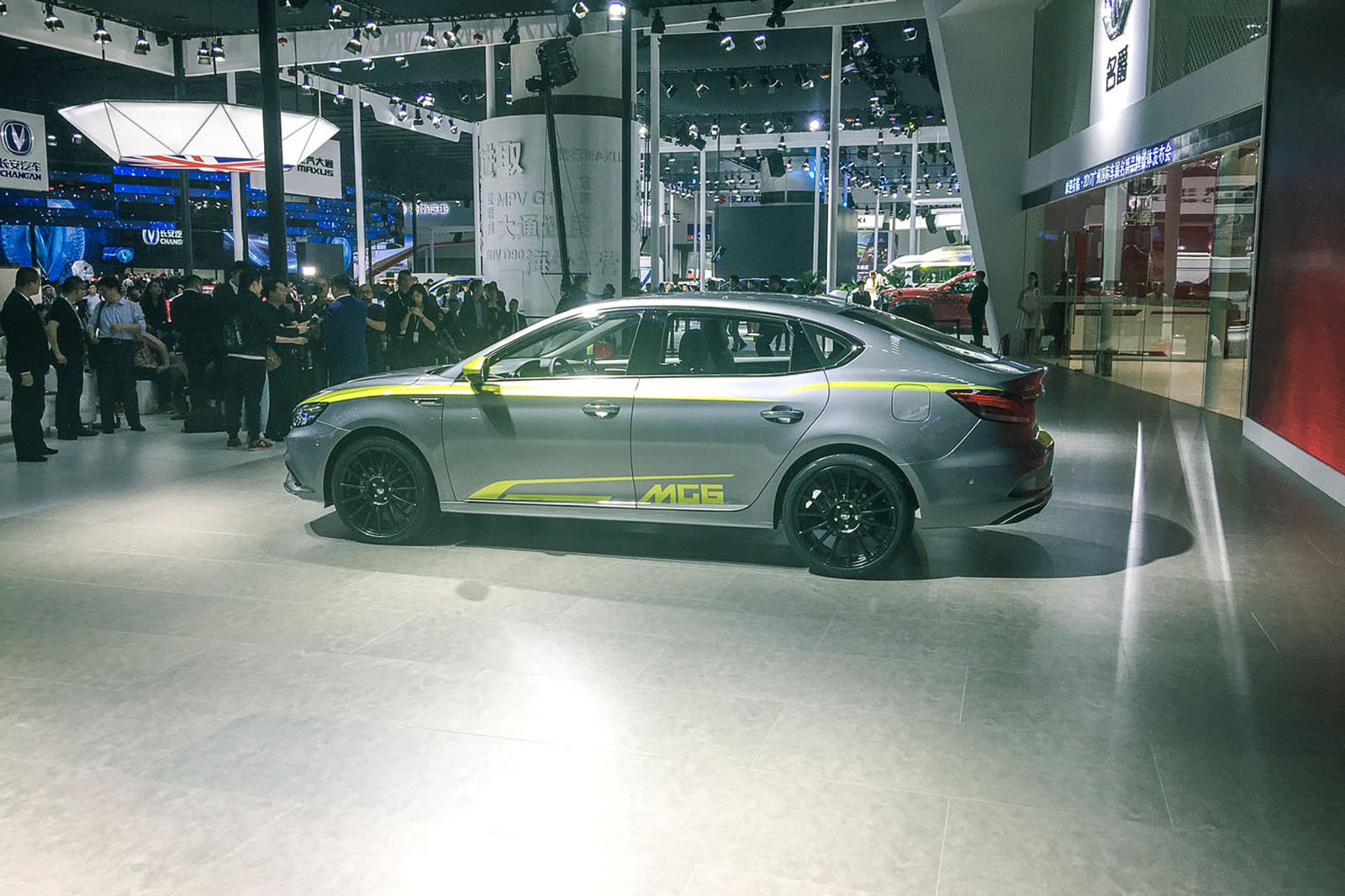 The new car also moves with the industry trends with an electronic parking brake, a central infotainment touchscreen and a smaller LCD driving information screen between the two dials. The dashboard is largely button-free, with the steering wheel housing the majority of the controls. Voice control is also included.

More upmarket details on the dashboard, as well as round air vents and silver trim across the interior, give the car a less plastic-heavy look than before.

Underpinnings are shared with the Roewe i6 saloon, which has a wheelbase of 2715mm, making the 6 a future rival to the Hyundai i40. This also means that engines are likely to be carried over from the i6 - these are a 123bhp 1.0-litre three-cylinder petrol with 125lb ft of torque, and the 1.5-litre petrol unit with 164bhp and 184lb ft of torque that's also used in the GS.

A plug-in hybrid option also features in the i6, combining the 1.0-litre petrol unit with an 82bhp electric motor. If this is carried over to the 6, it will be MG's first hybrid.

Internet connectivity is available on the Chinese-spec car, adapted from a system used across parent company SAIC’s other models.

An MG spokesman couldn’t confirm details of the UK-spec 6, but it’s likely that the UK car will be revealed at the London motor show next year, following the reveal patterns of the GS and XS SUVs.

It’s also likely that the second-generation MG 3 will make its debut at the London show.

would you be able to live with the styling being so copied/generic if it drove and rode like a peugoet 405? cars looking generic is a far bigger problem than with just this one, it's almost an industry-wide cancer.

All the manufacturers are scared of change

None of them want to blink first, they are not prepared to spend billions on bringing a new car to market only for it to bomb.. no one can afford to be "radical" anymore

And I mean it as a compliment. Now it needs an estate version, a long warranty and a competitive price. Am I alone in thinking that this would stand more of a chance with a brand new badge, much like Qoros or Great Wall or Geely; without having to try and pretend that they are something (MG) which they clearly are not. People may warm to the brand if it stands for honest unpretentious quality and good value, like they have to Dacia, Skoda, Hyundai and Kia, or in other industries, Huawei, Ryanair, EasyJet, Decathlon and such.

The Longbridge assembly plant was an irrelevance anyway, the number employed was miniscule when compared to a proper factory

MG do still have some engineers in the UK, so there is a slight British link still