Hybrid-electric variant is priced from £31,585; it joins a new model range that's bigger and more efficient than before
Open gallery
Close

Click here to read our review of the Countryman S E

The petrol-electric model offers all-wheel drive by combining the three-cylinder petrol engine with a six-speed automatic transmission, which drives the front wheels, and an 88bhp electric motor mounted on the back axle and driving the rear wheels through a two-speed transmission.

With all power sources running, the Countryman S E has peak outputs of 221bhp and 284lb ft of torque, and can accelerate from 0-62mph in 6.9sec. Mini says it’s possible to travel 25 miles or up to 78mph in battery-only mode.

The hybrid’s lithium ion battery is mounted under the slightly raised rear seat. Made at BMW’s Dingolfing factory, the 7.6kWh unit can be recharged in 3hr 15min from an ordinary wall plug and in 2hr 15min via a specialist wall box. Packaging the battery under the rear seats means that the hybrid model’s fuel tank has been shrunk to just 35 litres. The hybrid’s official EU figures are 49g/km of CO2 emissions and combined fuel economy of 134.5mpg. 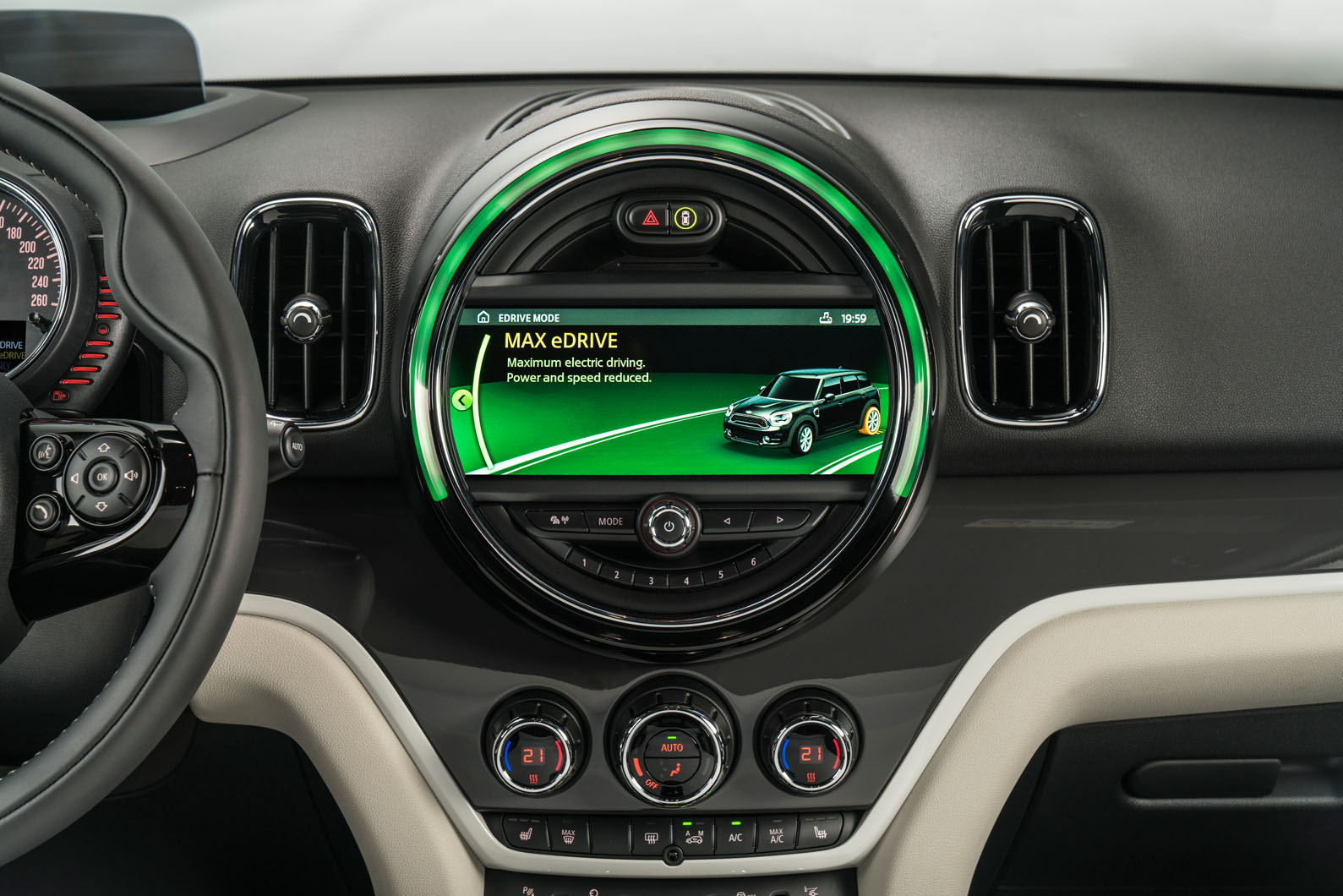 The new Countryman is the largest Mini model yet, measuring 20cm longer, at 4.3 metres, and 3cm wider than the six-year-old outgoing model. An extra 7.5cm has been inserted into the wheelbase. Mini says the Countryman is now firmly anchored into the C-segment, making it an alternative to everything from a Volkswagen Golf to premium compact SUVs, such as the Audi Q3.

In the metal, the new Countryman looks significantly more masculine than its predecessor. Although it is recognisably a development of the original, the deep sides, large wheels and notably squared-off rear corners give it much more four-square stance. The headlights are a similar shape to those of its predecessor but less dominant and the classic Mini grille is slightly less prominent.

The distinctive three window profile has been retained, but the rearmost side windows are now much longer, helping to underline the car’s increase in size. Mini says all models will get large silver roof bars to help mark the car out as a true crossover

Another new styling feature is the use of distinctive hard edges — unusual on a Mini model produced under BMW’s ownership of the brand — pressed into both the front and rear wings.

Opening the doors reveals notably tall apertures which make getting in and out exceptionally easy. The extra length in the wheelbase has liberated impressive rear leg room, too, and although the driving position remains solidly upright, it’s not necessary to climb up into the driver’s seat. 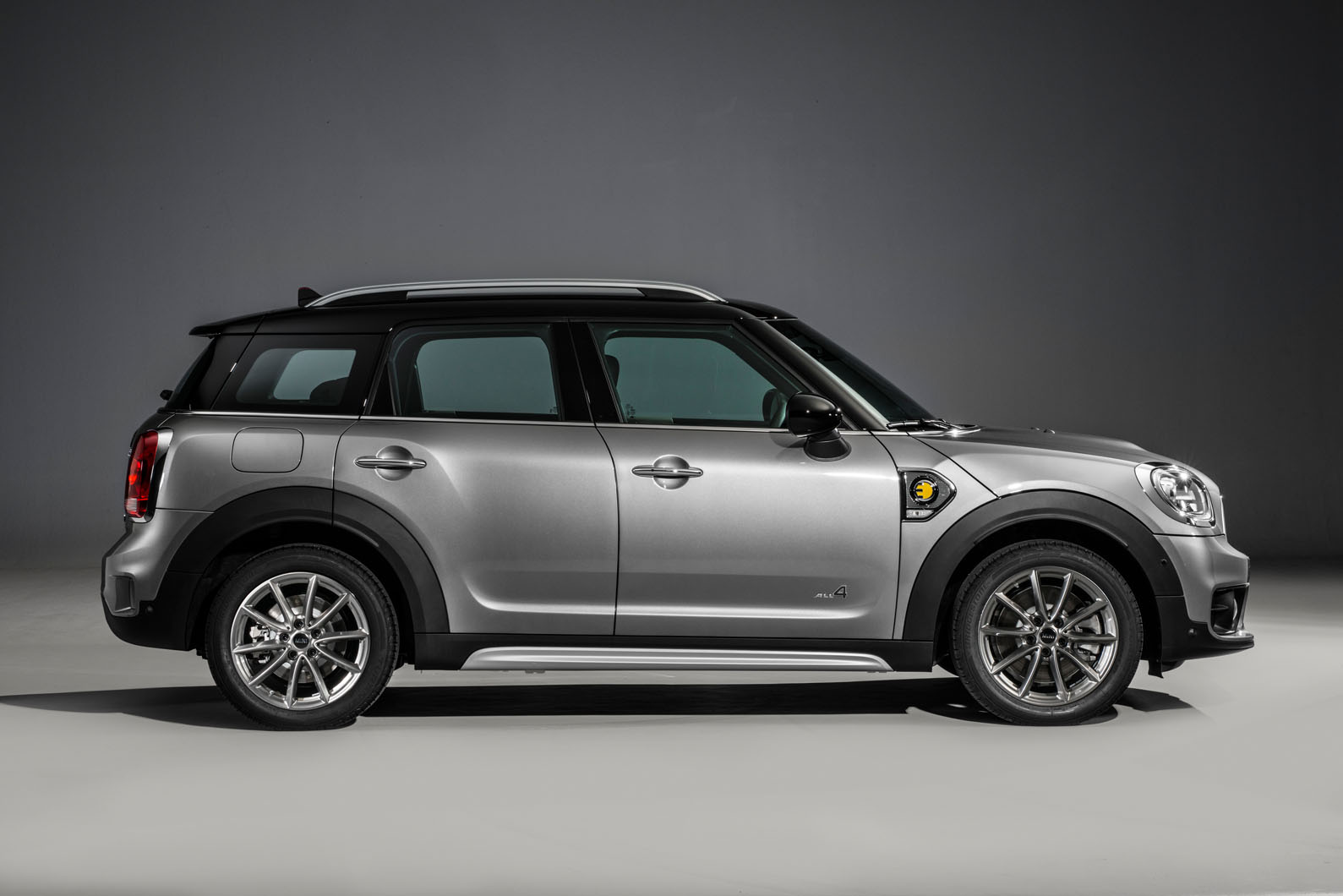 The dashboard design is also all new, rather than being borrowed from its Clubman sister model. It retains the giant ‘dinner plate’ central screen, although it now has rectangular air vents in a move away from Mini’s traditional circular vents. The interior architecture remains distinctively Mini, but the build quality and material finishes are designed to signal that this car is more upmarket and less frivolous than the somewhat eccentric original Countryman.

Mini product boss Nicolas Griebner said 85% of Mini sales are to private buyers specifying their own car. To that end, personalisation touches such as dual-colour door trims and options including piped and quilted leather trim are intended to allow buyers to specify the Countryman “up to the level of a luxury car”.

Ultimately, this new Countryman is intended to be big enough to act as a sole family car as well as being more upmarket and versatile than a conventional hatchback. It has a bigger boot than the typical C-segment hatch (a useful 470 litres), as well as the option of a rear bench seat that will slide 13cm and a rear seatback that reclines and splits into three sections (40/20/40).

The new Countryman range kicks off with the turbocharged 1.5-litre three-cylinder petrol Cooper model which has 136bhp and 162lb ft. The Cooper S gets a 2.0-litre four-cylinder petrol engine tuned for 192bhp and 206lb ft.

The base Cooper D is a 2.0-litre unit with 150bhp and 243lb ft, while the Cooper SD gets 190bhp and 295lb ft. A tweaked version of Mini’s All4 four-wheel drive transmission is available as an option on all four engines, costing around £1600. 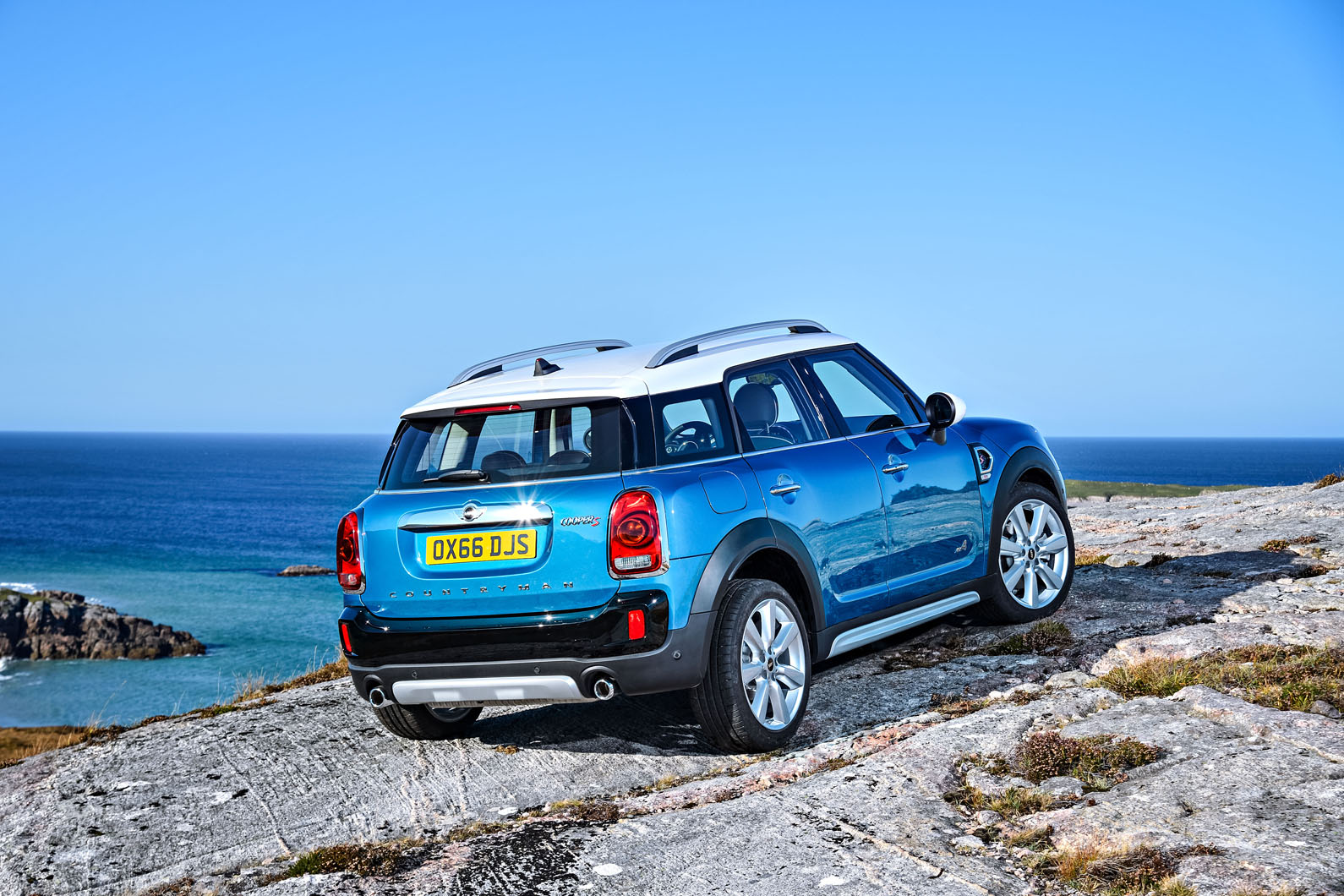 The new Countryman is significantly more expensive than the outgoing model, its £22,465 starting price falling between those of the smaller Audi Q2 and the Q3. However, Mini says the Countryman comes with a “high level of standard equipment”.

This equipment includes standard sat-nav, 17in wheels, rear parking sensors and Bluetooth. Collision warning and city braking will also be standard, features that are becoming necessary in order to achieve five stars in the latest Euro NCAP crash tests.

On the options list are adaptive dampers, a Harman/ Kardon audio system, an XL navigation system with an 8.8in touchscreen, a head-up display, a panoramic sunroof and a detachable tow bar

Most of the options are bundled up in one of Mini’s famous ‘packs’. The company says 75% of new Clubman orders include the Chili Pack, which includes automatic air conditioning, switchable driving modes, sports seats and LED headlights. Most Countryman buyers are also expected to spend £2980 on the Chili Pack.

Despite the Countryman being a proper crossover, Mini will offer a JCW Chili Pack which adds an aero kit, sports suspension and 18in wheels. That costs £4950 on the standard Cooper and £4250 on Cooper S models. The Mini Tech Pack adds the Harman/Kardon hi-fi, head-up display, XL sat-nav, wireless charging and a Bluetooth ‘tagging’ system that can help to locate personal belongings.

I guess that is why the Mini gets so much flak. A very positive brand who have made BMW even more profitable. Things evolve and times change, the mini brand is the epitome of this philosophy.
The Apprentice 3 March 2017

Hybrid power train is the

Hybrid power train is the slightly ageing one from the BMW 2 Tourer which I think had some underlying shared bits with the Mini. Its not a bad setup but needs putting in a decent vehicle. Not sure this will be it, I would rather own the BMW baby bus than a Mini. Better still I would prefer an X3 with it in.
The Apprentice 3 March 2017

Hybrid power train is the

Hybrid power train is the slightly ageing one from the BMW 2 Tourer which I think had some underlying shared bits with the Mini. Its not a bad setup but needs putting in a decent vehicle. Not sure this will be it, I would rather own the BMW baby bus than a Mini. Better still I would prefer an X3 with it in.
View all comments (31)