From £31,5757
The Mini Countryman Plug-in hybrid is technically impressive and fairly good to drive, too, but its extra weight tells
Open gallery
Close

This car, the £31,585 Countryman Cooper S E All4, is its first petrol-electric plug-in and it follows the launch of the mechanically identical, £33,025 225xe Sport Active Tourer of Mini’s parent, BMW.

In fact, the fundamentals of the Cooper S E’s hybrid driveline first appeared on the BMW i8, although they’ve been turned 180deg for this new highriding five-seater.

The petrol engine is mounted transversely up front and the electric motors sited within the axle assembly at the rear. The turbocharged 1.5-litre three-cylinder petrol engine delivers 134bhp, and 162lb ft at a low 1250rpm, while the brushless electric motor serves up 87bhp and 122lb ft. 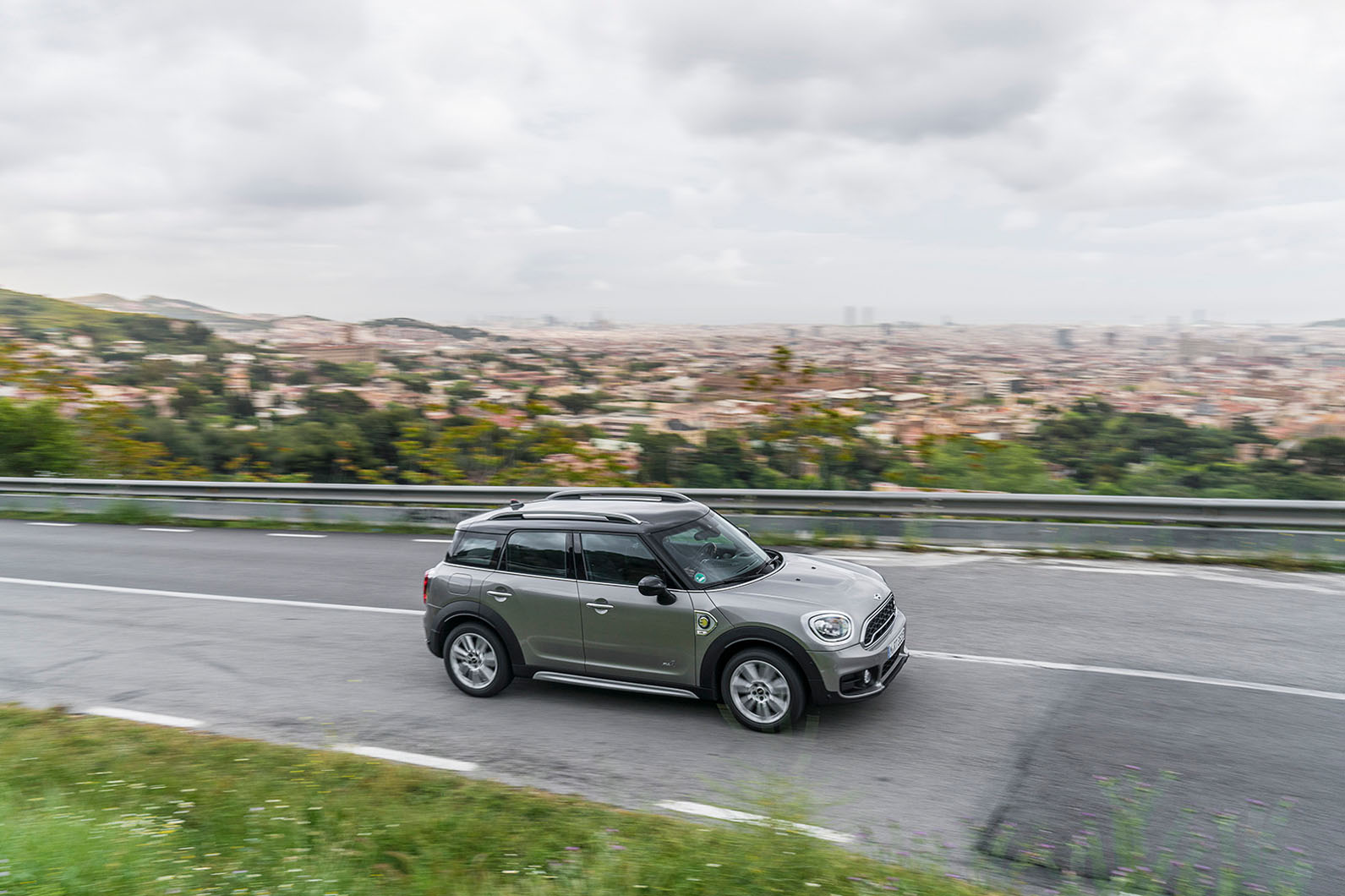 All up, they give a combined maximum of 221bhp and 284lb ft. By comparison, the £28,025 Cooper S Countryman has 192bhp and 206lb ft. The petrol engine sends drive exclusively to the front wheels through a six-speed automatic, with the electric motor powering the rear wheels via a twin-stage fixed-gear transmission. So the Mini is fourwheel drive when both are working.

Under the rear seats and within the forward section of the boot is a 7.6kWh battery. The lithium ion unit can be charged in 3hr 15min via a regular household mains electricity socket or 2hr 30min by a more powerful optional wall charger unit.

The electric motor, battery and power electronics add 295kg to the weight of the standard Cooper Countryman and boot capacity shrinks from 450 litres to 405. The driver can choose between three different operational modes: Auto eDrive, Max eDrive and Save Battery.

Auto eDrive allows economybiased electric running for up to 26 miles at up to 50mph, with petrol engine assistance possible under hard acceleration. Max eDrive allows the electric motor to deliver its maximum power up to 78mph, with the petrol engine only starting at higher speeds or for added performance. 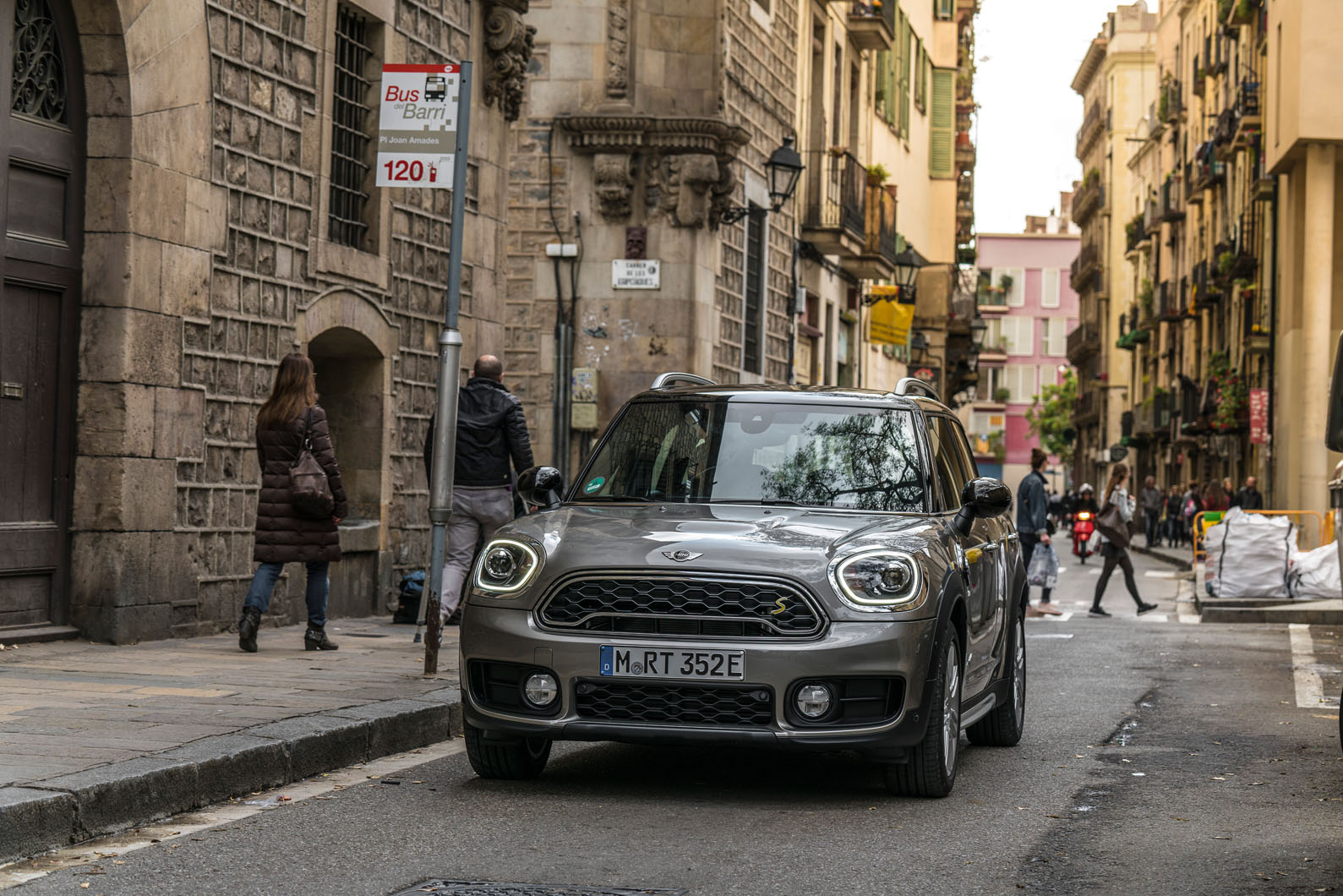 Battery maintains the charge of the battery if energy stores are already depleted, or it can raise them beyond 50% during a journey by storing energy created by the petrol engine and during braking or coasting.

The default mode is Auto eDrive and the new Mini glides off the mark with impressive urgency thanks to its strong low-end torque, with just a faint hint of whine from the rear.

It always feels faster than the claimed 0-62mph time of 6.8sec, proving quite nippy and engagingly fleet in an urban driving environment.

By comparison, the Cooper S Countryman has an official 0-62mph time of 7.2sec. The transition between pure electric running and the point where the petrol engine is fired is very smooth.

With both the combustion engine and electric motor under load and power going to all four wheels, the performance is strong. 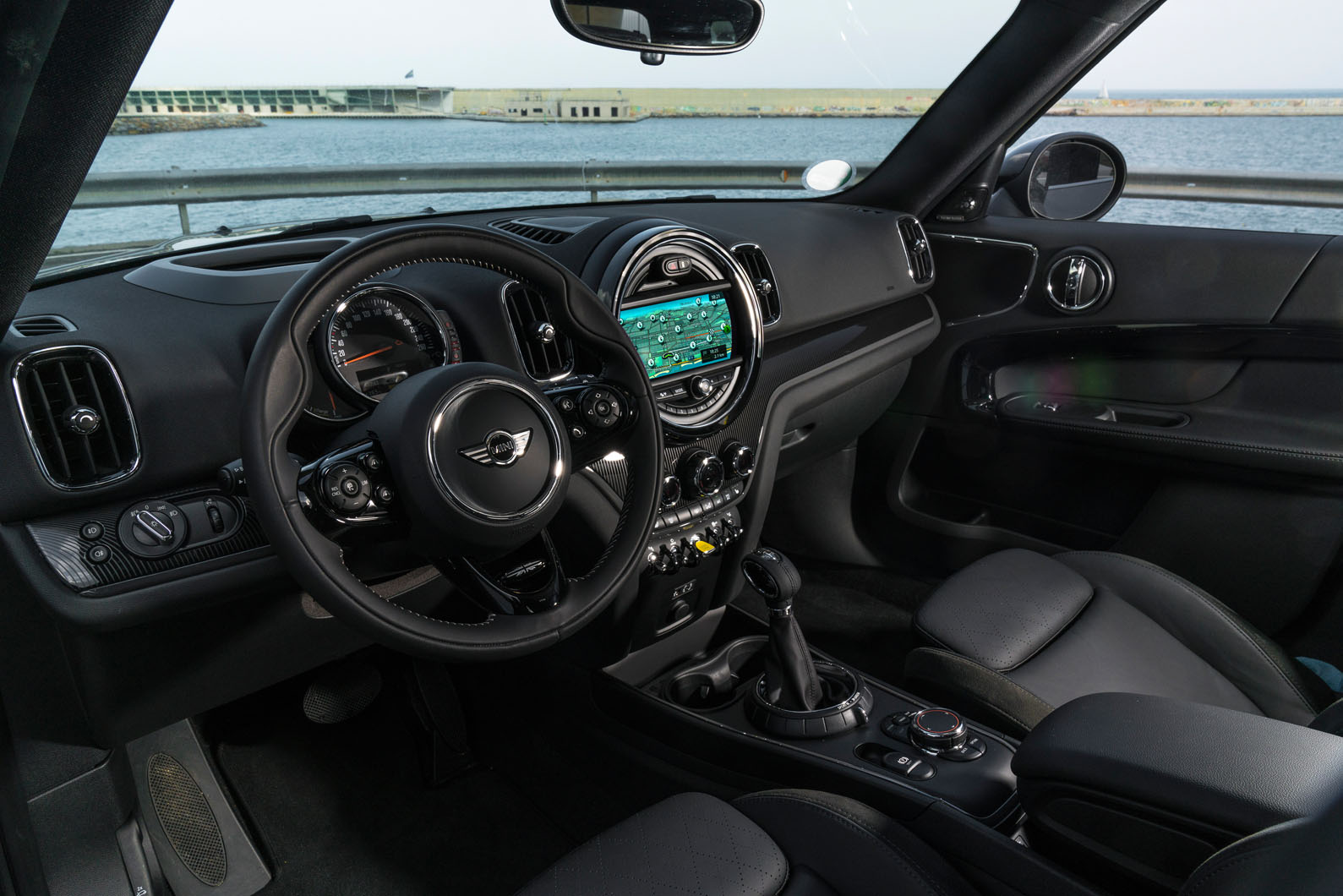 Dynamically, the Cooper SE is somewhat of a mixed bag. On the optional 18in wheels and 255/45 tyres of our test car, it holds your chosen line well, with strong frontend purchase and impressive body control.

It’s just a pity the steering is so lifeless and unnecessarily heavy. The ride also suffers under the added weight of the hybrid driveline.

The Cooper S E impresses on more than a purely technical level. With nippy qualities in rear-drive electric mode, it proves enjoyable in the cut and thrust of city traffic.

It’s also an impressively hushed cruiser and has plenty of purchase when pushed along country roads. But with all that added weight, it is never going to match other Countryman models for outright driver engagement. 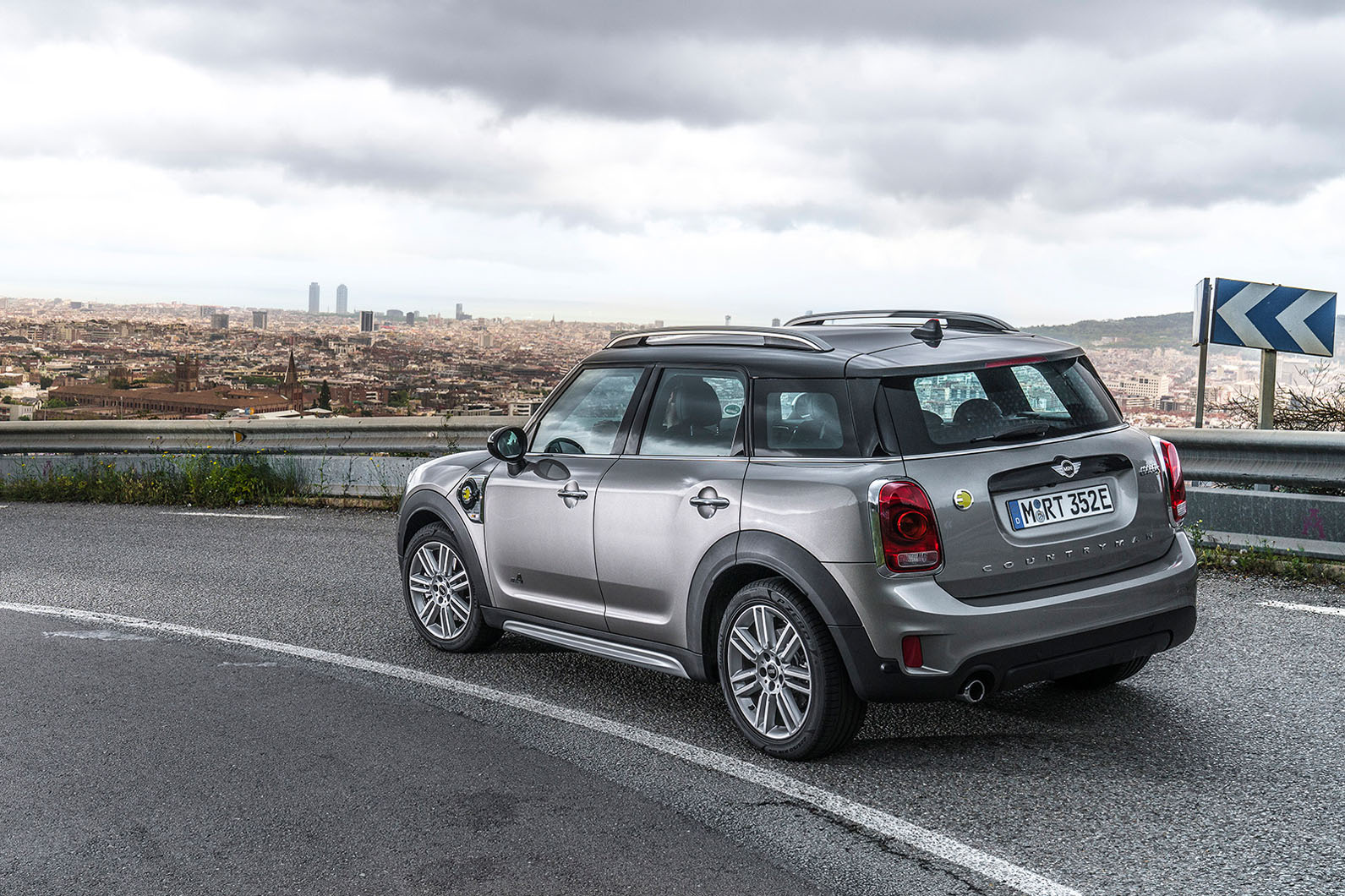 I'm sure they could have better integrated the charging point on the side, looks ugly.
bol 10 May 2017

I it looked less revolting

...and could do another 10 electric miles it would make sense.
View all comments (4)