BACK TO ALL NEWS
Currently reading: 2017 Honda Civic Type R spotted testing in the US
UP NEXT
New 2022 Porsche Cayenne to bring design overhaul

Weeks after the Type R concept was unveiled, an undisguised prototype has been seen running in public
Share
Close
Share story

A 2017 Honda Civic Type R prototype has been spotted testing in the US just weeks after the covers were pulled off a concept (pictured bottom) in Paris.

The car, which was caught on video in California, can be seen completely undisguised, showing its trio of exhaust exits, wide arches, squared-off panels and 20in alloy wheels, suggesting that little, if anything, will change from the original concept.

The new Civic Type R will arrive next year powered by a turbocharged 2.0-litre engine, an evolved version of the current car’s unit with outputs ramped up beyond that model’s 306bhp and 295lb ft.

Something in the region of 340bhp has been mooted, making the car a close rival to the Ford Focus RS. However, unlike the all-wheel-drive Ford, the next Type R will retain a front-wheel-drive layout.

The 2017 arrival of this car means Honda has been quicker than usual to replace its Type R model. Previously, the hot Civic has arrived later in a model’s lifecycle, but Honda is understood to be moving the Type R’s launch forward to meet demand and allow a longer sales window. 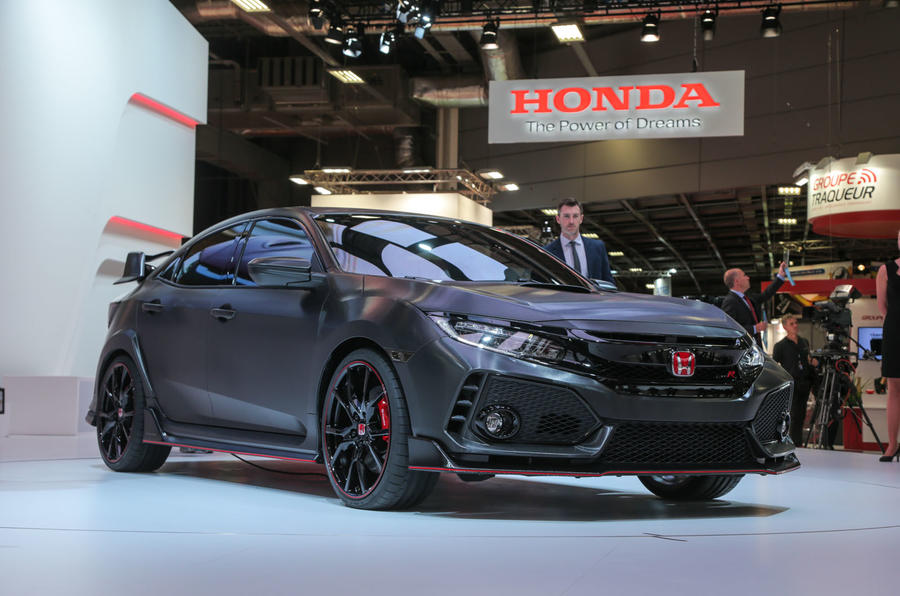 Honda said the new Type R will be made alongside the regular Civic at its Swindon factory. It will be exported to global markets including the US - marking the first time the Type R has been sold in North America.

An insider said the future model's starting price will slightly increase on the current Type R's £30,000. It will also be offered with a GT trim level, like the current car.

When did Max Power resurface?

80's throwback. I'm sure it will have some devotees in the u9 category, but really.

Civic type R's used to be quite cool. This is a design travesty.

the Ugliest car on earth-

the Ugliest car on earth- what happened to the Honda design team?
poon 23 November 2016

I don't agree. In two years time it will be acceptable and cool.Looks kinda mean now.