BACK TO ALL NEWS
Currently reading: Used buying guide: which BMW 3 Series should you buy?
UP NEXT
Ford backs call for European ban on new ICE cars from 2035

Used buying guide: which BMW 3 Series should you buy?

Sporty, stylish and sophisticated: just three reasons why you always promised yourself a BMW 3 Series.

Exclusivity used to be another, but after 1993, that ceased to be an issue, reflecting the fact that this was the greatest model range of the 20th century. It still is. Saloons, coupés, cabriolets, Tourings and the mad-as-hell M3s. With the seventh iteration of the 3 Series and the third of the 21st century, it is time to take a deep breath and assess BMW’s greatest hits.

In the beginning, 1975, there was the E21. We fan boys can only refer to 3s by their model codes. What BMW did here was shark-nose up a 2002 and turn a compact car into a much bigger one.

It did this by adding squishy 5 Series seats and developing a pocket-sized six-cylinder motor to purr away under the bonnet. The two-door saloon, a niche that no longer exists, has never been more prestigious, or more popular; a million buyers agreed after just six years. The top-of-the-line 323i offered tail-happy tomfoolery. Elsewhere, the other six, the 320, and the four-cylinder 316 feel surprisingly modern today.

Variety came in the shape of a scaffold-roll-bar Baur convertible.

If any model defined the 1980s, it was the E30. Slicker and less sharky but roomier, it had the models to keep buyers happy. They loved the extra two doors, the full convertible (although the Baur was still available initially), the Touring and the truly outstanding M3. Oh, yes, and BMW still did the two-door saloon. There were more engines. The UK may not have got any turbocharged diesels, but a four-wheel-drive X was around for a while. E30s have gone through the usual used car cycle and become sub-£1000 bangers, but now all models are on the up. It is a classic and the more cylinders the better. That makes some of the 316s and 318s rather more affordable, especially in four-door format. The 318iS remains a classy response to those pesky hot hatches.

The 1990s were all about the E36, except that you could still get yourself in the stub-tail E30-based hatchbacked Compact. The trouble with the new 3 Series was overconfidence. Gone was the solidity, and build quality issues affected early models. The soft dolphin frontage was not to everyone’s taste, either. At least the M3 came in a larger number of f lavours and as a proper coupé. Later on, though, the E36 grew up and build quality improved: it came with a diesel engine, too, just not a very impressive one with the 318td, but the 325tds was a far better effort. Buy now if you want a performance bargain because no one has said out loud that they're 24-carat classics.

Those after a pretty 3 Series should look at the E46 from 1999, which also came with some excellent engines. A 330d delivered serious performance and more than 40mpg – a great combination – but the 320d is probably the most common unit in circulation. It is not the best buy, though. We’d stick with the petrols, be it the 330i or even the everyday 320i. The range was revamped in September 2001 with nips and tucks and boosted engine outputs. The M3 still makes sense and the CSL has since become something of a must-have. It could be the last truly great M3.

Celebrating 40 years of the 3 Series

From 2005, we have the E90, where the 3 Series got bigger but not prettier. In practical terms, you could actually get adults comfortably in the back and a tonne of luggage in the bigger, better boot. The 3 Series could now get you a lot further – 60mpg-plus – for less, with a £20 road fund at the time in 320d Efficient Dynamics spec. It was still quick, so a proper 3 Series. Indeed, for those who still wanted really big petrol sixes, the 335i arrived with twin turbos and 300bhp. Golly. Why would you want an M3, then? Well, maybe because it now had a thumping V8 under the bonnet.

And finally, the 3 Series has become the 5 Series, in size if not quite in nature, with the outgoing model. This is also a significant car for BMW fan boys as the model code went up the alphabet to become the F30 in 2012. Born into the diesel era, the 320d in Efficient Dynamics spec could get close to 70mpg. Modern-era BMW model designation means a 328i is a turbo four, but still really quick and 40mpg-plus economical. In the E30 era, a 325iX had four-wheel drive, which officially returned with the xDrive. There are even hybrids. The 3 Series has done the seemingly impossible and remained relevant and desirable – and not just as a brand-new buy. As each generation arrives, the older models become even more cherished.

Rust has killed off most of these. Even ones that don’t look rusty will still have it. Unless restored, the suspension will be shot, and a blowing engine and shonky gearbox are the least of your worries. Everyone wants a 323i – a tidy manual can still be had for £8495 – but really any E21 that isn’t rusty is a bonus. Autos are better than you would expect. The 316 isn’t special but it is sweet and simple enough. 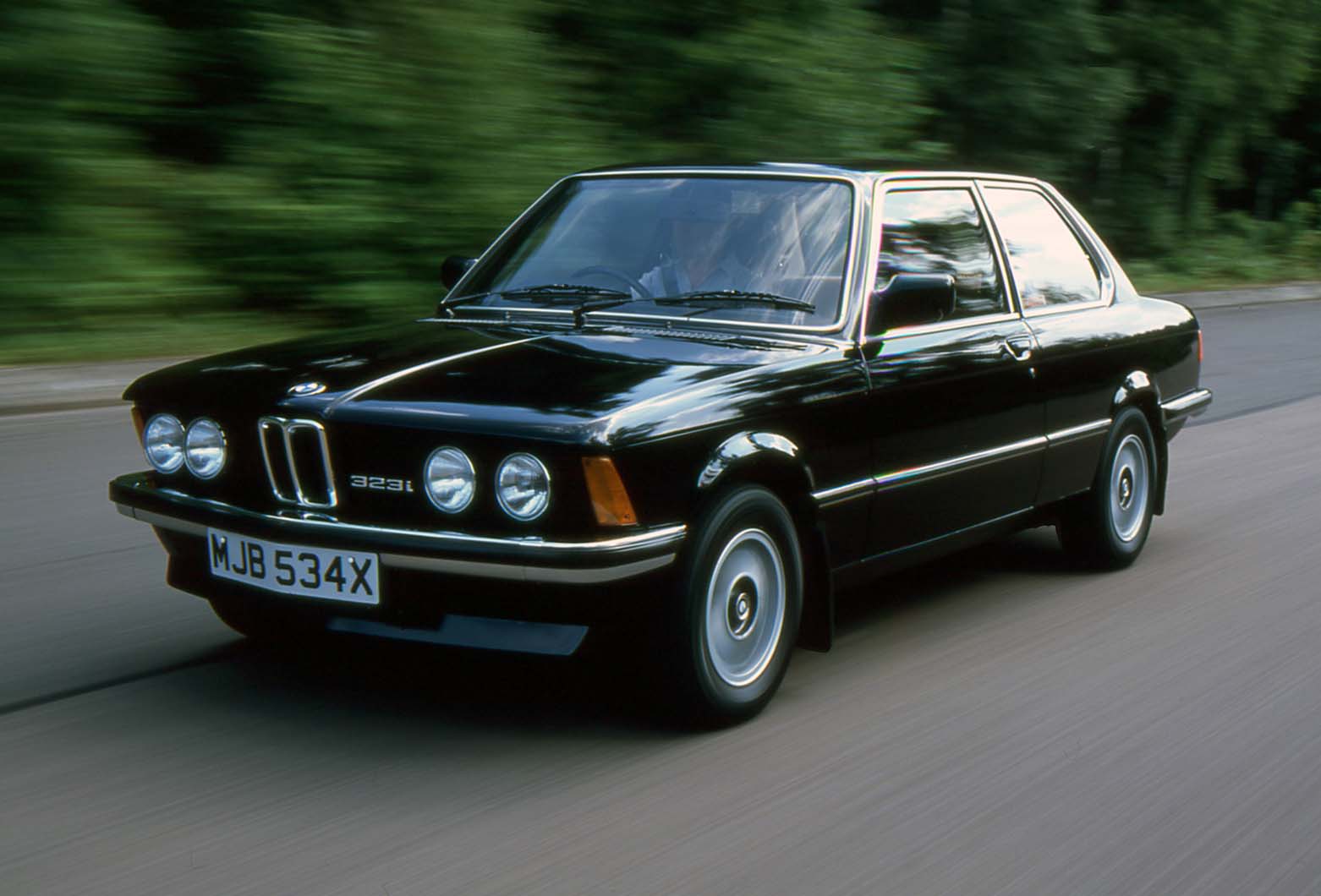 The big issue on any car from the 1980s is always going to be rot and these can be rotters just about everywhere. What you don’t want are oil leaks or signs of overheating, which could warp the head and blowa gasket. Buy any six-pot: they are all great, from the 320i to the short-lived 323i and onto the 325i. Prices are very much on the up but a 1991 325i Sport is still a bright red reality at £11,750, which seems a bargain. 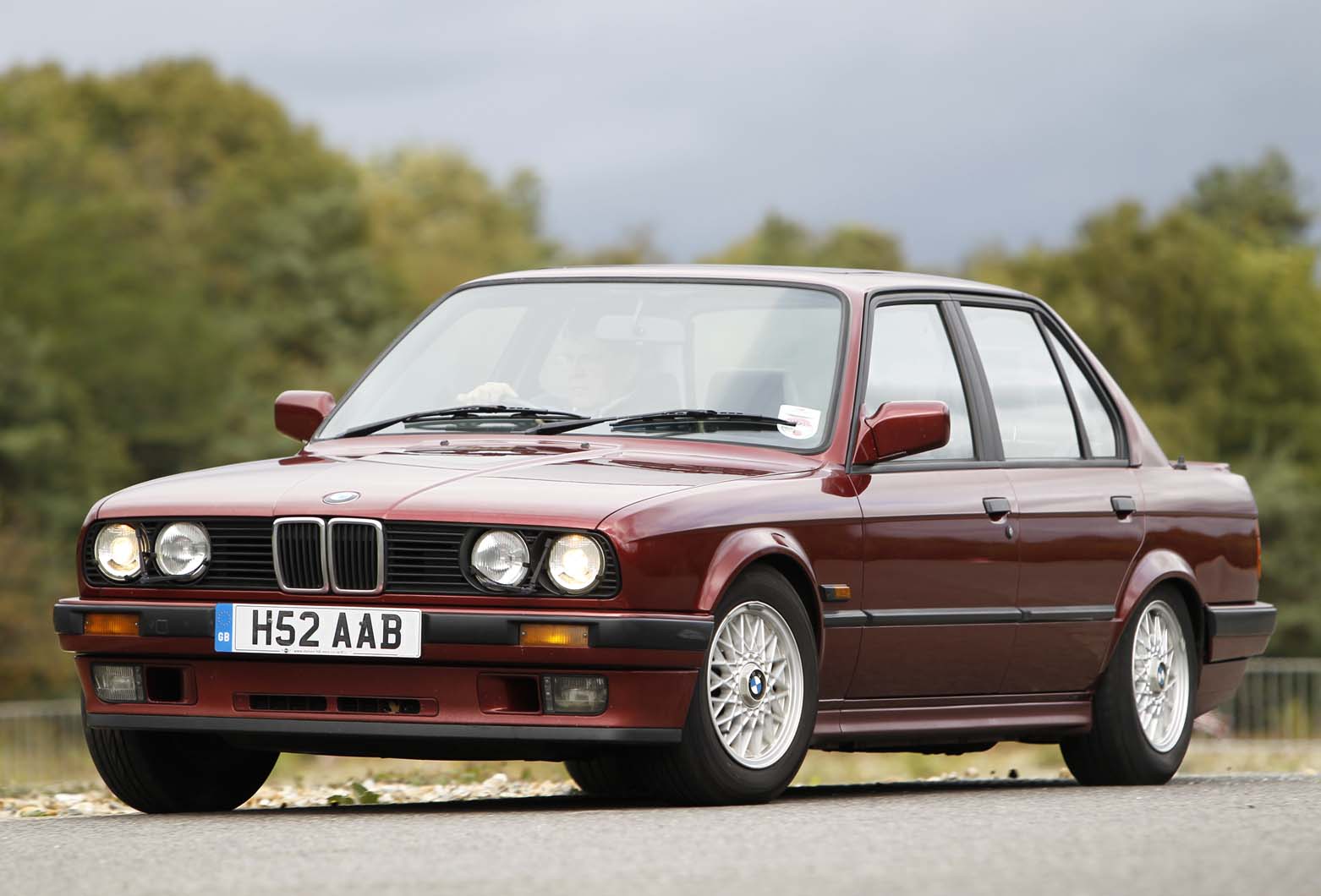 These can seem to be rather shabby and a bit neglected and, of course, there may well be rust. Timing chains were standard from 1994 but that doesn’t mean you are safe from disaster because the tensioner can fail. The main reason to shop for an E36 is that the M3 versions are still real-world money. Without trying too hard, find yourself the relatively rare four-door with the exciting engine and feel like you are winning by paying just £9995. 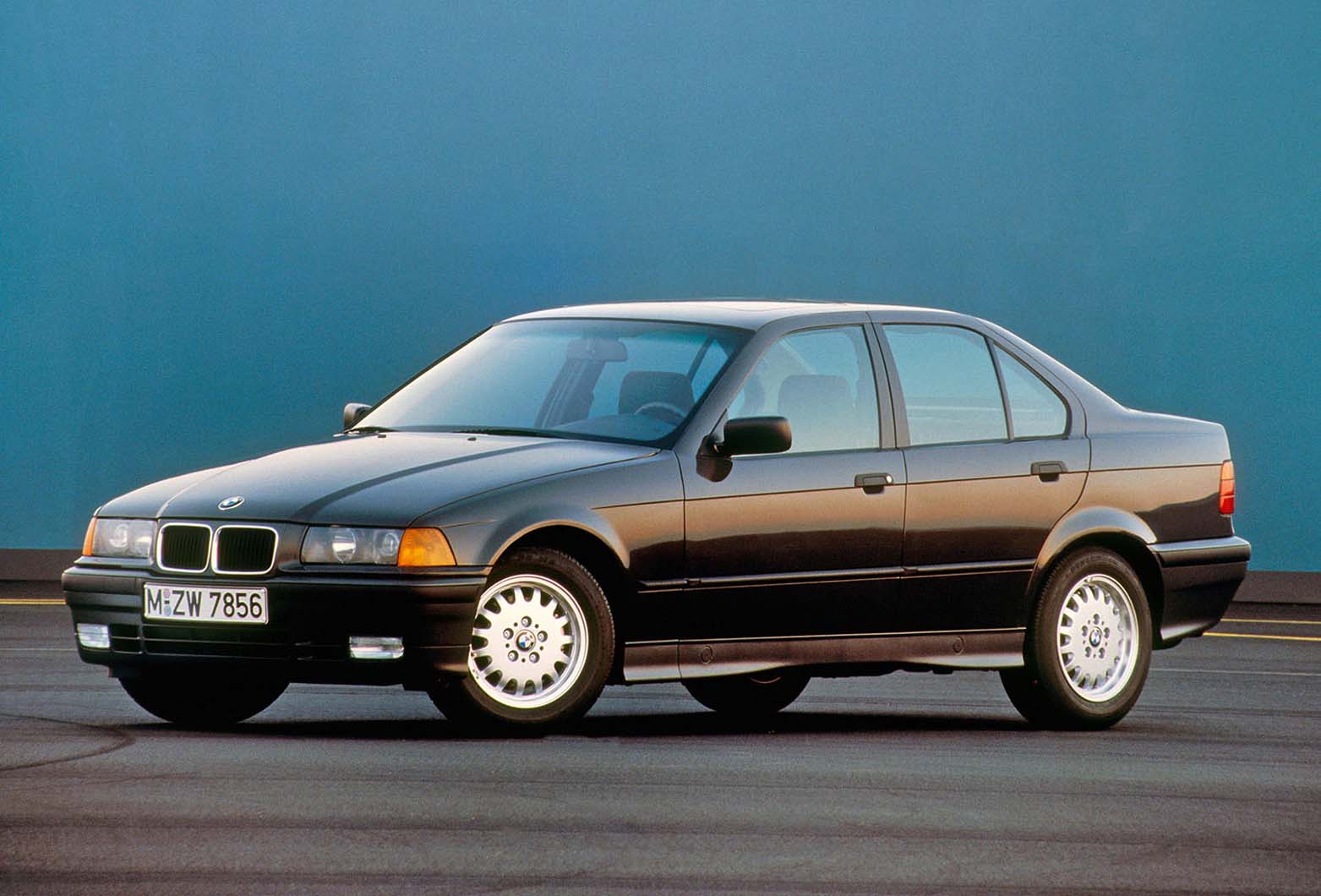 Most buyers were plumping for diesel at this stage and actually the 320d in particular had a lot of problems. The turbos could fail and the bearings could wear prematurely. It’s not immune to rust and the front wings seem to rot first. We’d go for the 330i as the alt-M3 rocket. In the practical Touring format, a 330i Sport from 2002 with 99,000 miles and every option box ticked is £4995. 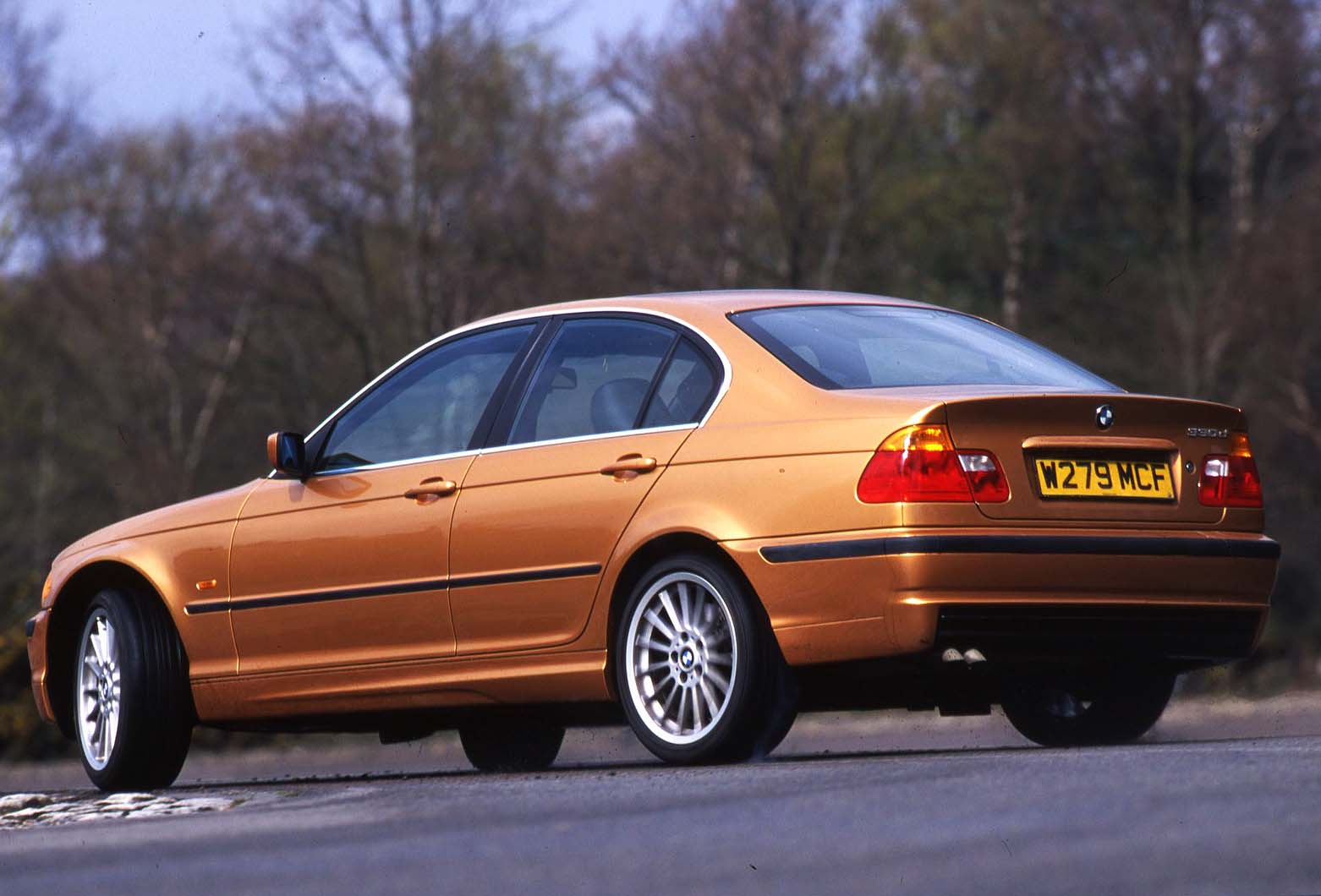 Modern BMW, modern problems, such as blocked DPF filters, which are increasingly common, so always be on guard for a blowing diesel turbo. The timing chain can fail if the servicing has been even slightly overlooked. Interestingly, the original 17in and 19in alloy wheels have been prone to cracking on run-flats, although they should have been replaced by now. Avoid the problems and get an automatic 2010 325i convertible with 60,000 miles for £10,500. 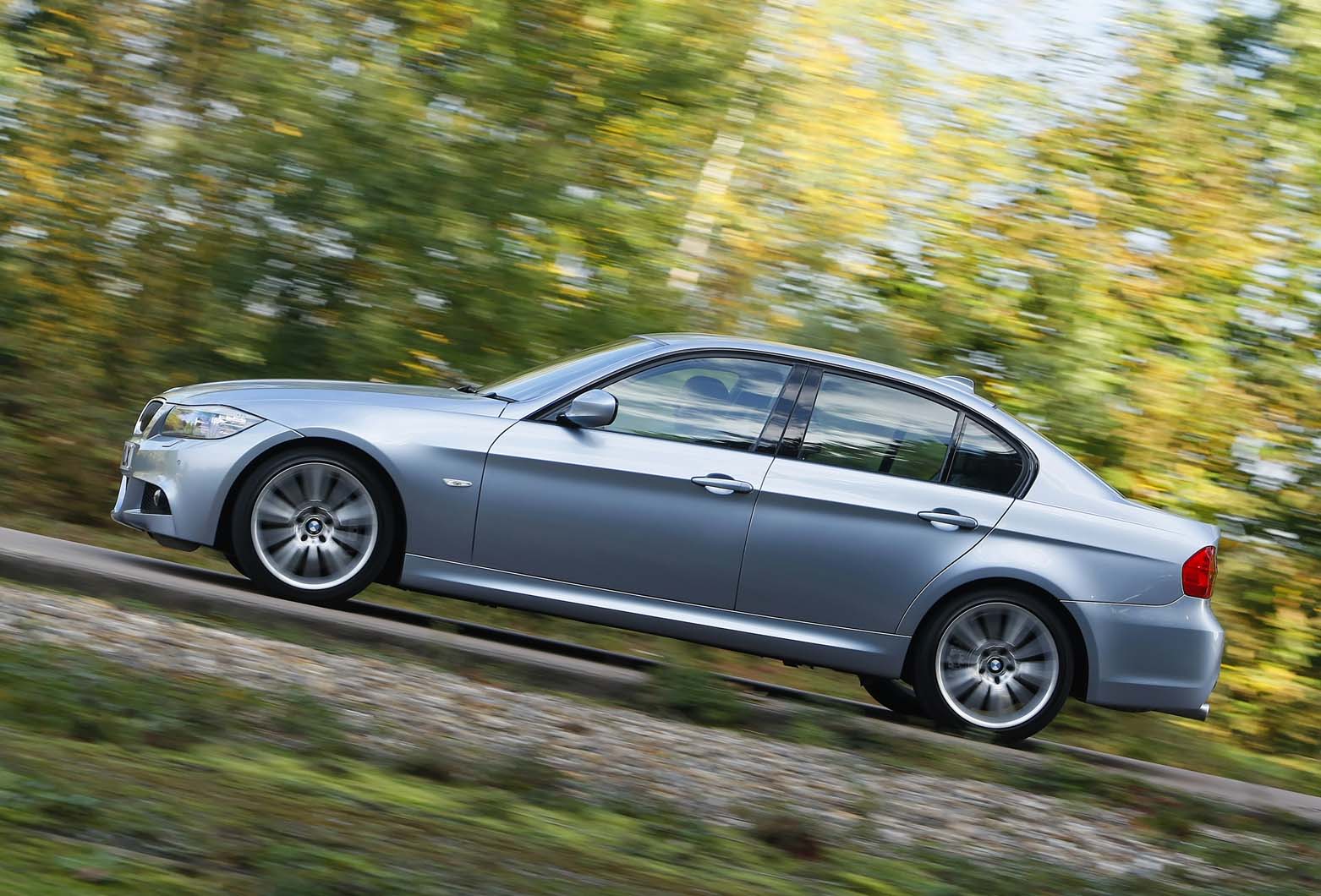 The general consensus among long-term owners is that this is the most reliable 3 Series since the E46, even though it may not necessarily feel as solidly constructed as some of the old ones. Its 19,000-mile service intervals mean that there can be some neglect, but the timing chain is no longer an issue. So let’s look to the future and get ourselves a hybrid in the shape of a 330e. A 12,000-mile one from 2016 is around £18,995. 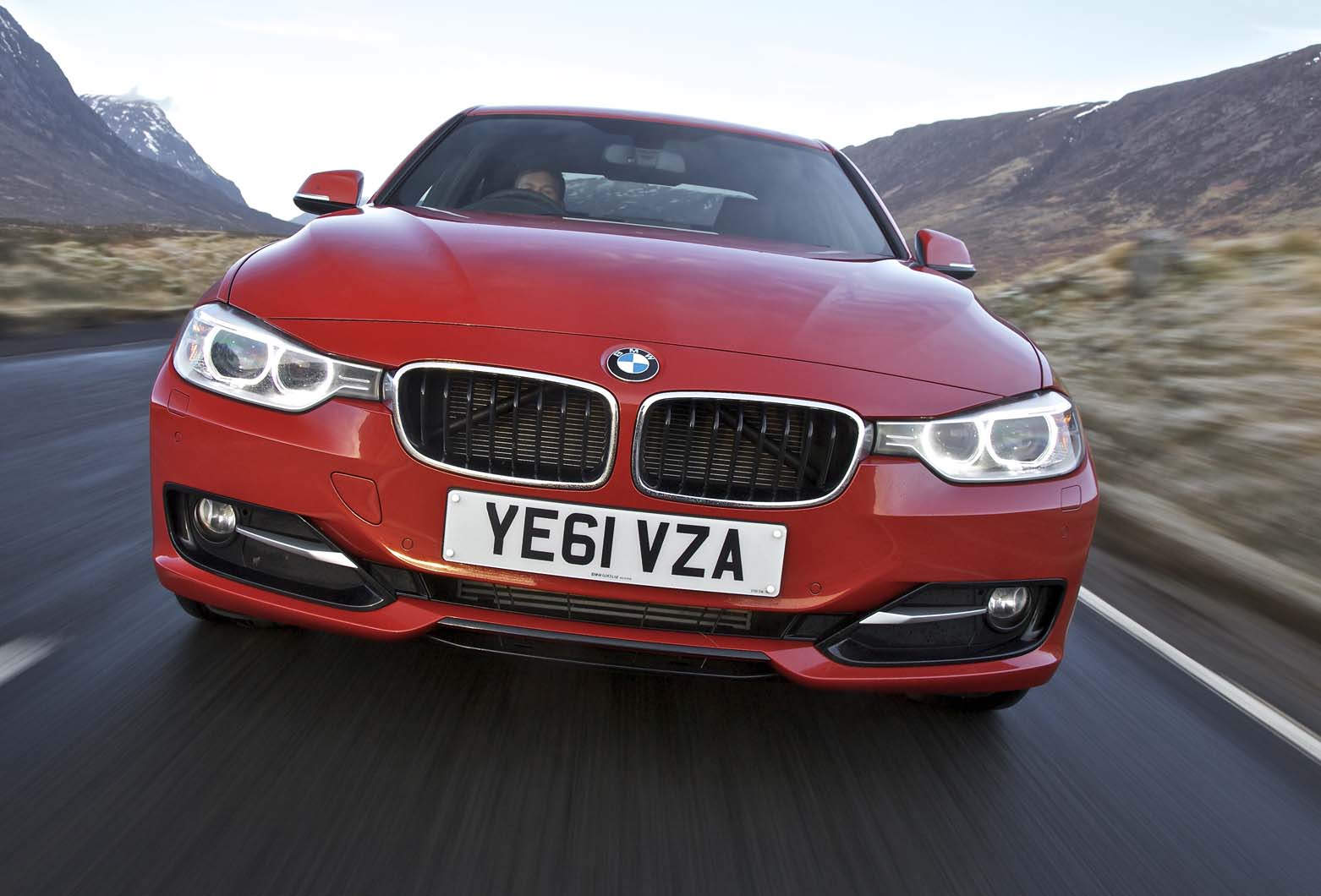 BMW: The 8 Series is a proper sports car

Celebrating 40 years of the 3 Series

Can remember when growing up always wanting the convertible E36 M3. It will take the family yet we can put the top down and listen to that glorious engine.The reality was we had a 320i E36 which was a really sweet engine. Then a 328 touring which was a sweet engine with power. Those were nice. We replaced it with e46 330i sport touring and I didn't like that. The engine/exhaust was boomy below 2000rpm and the ride harsh. Test drove an e90 with run flat tyres and the ride was awful. Not liveable with! My friend had a 330ci e46 which he kept for nearly a decade. That felt seriously nice. A lot better than the touring of the same generation. I think 325i is probably the sweetest engine.
paulmt123 30 August 2018

Can remember when growing up always wanting the convertible E36 M3. It will take the family yet we can put the top down and listen to that glorious engine.The reality was we had a 320i E36 which was a really sweet engine. Then a 328 touring which was a sweet engine with power. Those were nice. We replaced it with e46 330i sport touring and I didn't like that. The engine/exhaust was boomy below 2000rpm and the ride harsh. Test drove an e90 with run flat tyres and the ride was awful. Not liveable with! My friend had a 330ci e46 which he kept for nearly a decade. That felt seriously nice. A lot better than the touring of the same generation. I think 325i is probably the sweetest engine.
jag150 26 August 2018

I was lucky enough to have an

I was lucky enough to have an E30 325i Cab as a new company car. My memory of it:It didn't like going round corners in the wet ( the handbook mentioned putting weight in the boot). The clutch was annoyingly heavy. It drank oil ( dealership said 'it is a performance car sir'). I had an MR2 before that, 18k in one year, never asked for oil. Was quick in a straight line. Build quality was exemplary. Would I have another? Maybe, but probably an auto and I wouldn't drive it in the wet!
289 26 August 2018

....come on Jag, the oversteer was half the fun!

I probably had over 20  E30 325i's, not one ever used a drop of oil despite continuous thrashings (unlike modern cars). I think you had a duff one for some reason.