BACK TO ALL OPINION BLOGS
Currently reading: Racing lines: Why hypercars are the future at Le Mans
UP NEXT
Opinion: Is stripped-down BMW M4 CSL worth the weight?

Racing lines: Why hypercars are the future at Le Mans

The clock is ticking for the start of a new endurance racing era, but framing new rules for hypercars has just got complicated
Open gallery
Close

The countdown to the Le Mans 24 Hours in June is on following the first World Endurance Championship round of 2019 earlier this month.

Inevitably, Toyota won the inaugural Sebring 1000 Miles, run a day before the Florida circuit’s traditional 12 Hours for US IMSA sports cars, because these days the Japanese giant is only racing itself in the top LMP1 hybrid prototype class. WEC has become a sad shadow of what it was when Toyota faced Porsche and Audi between 2015 and 2017.

Still, Le Mans always remains a draw, and this year will feature the additional story thread of which of the two Toyota crews will be crowned 2018/19 ‘super season’ World Endurance champions. Will Fernando Alonso (partnered, lest we forget, by Kazuki Nakajima and Sébastien Buemi) clinch his first world crown since his back-to-back F1 titles in 2005-06? The trio head the way after victory at Sebring.

Bigger, more fundamental questions remain about the future of the Le Mans 24 Hours itself. In less than 18 months’ time, regulation changes are due for the WEC (the series straddles two calendar years and runs from September to Le Mans the following June) that will herald a new hypercar era. The trouble is, Le Mans’ rules maker, the Automobile Club de l’Ouest, is tying itself in knots over how those rules should be presented for 2020/21. 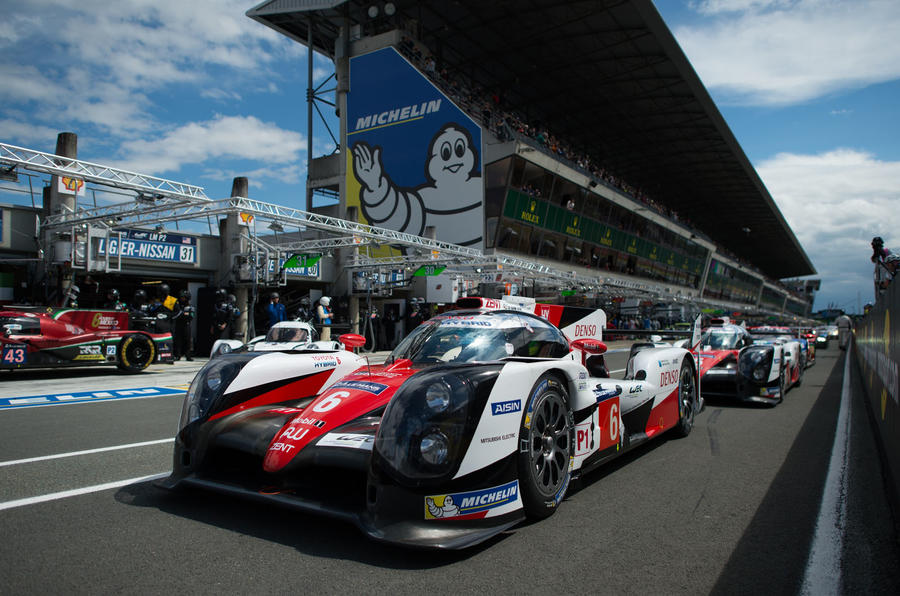 The original idea, signed off last December, was for another pure-bred prototype category, but in hypercar form. To race the exotic road cars as they appear in the pages of Autocar would require artificial equality – Balance of Performance, as it is known – to allow cars of varying concept to race each other competitively. But these rules are clever, mandating maximum downforce and minimum drag figures, plus strict limits on engine power and weight distribution, thereby avoiding a need for BoP. The ACO also reckons it can limit running costs to just £17 million for a two-car team. That’s a snip at this level.

But now car makers, specifically Aston Martin, McLaren and Ferrari, have muddied the waters by successfully lobbying for road-going hypercars to be included, too. But how will they be able to compete with pure-bred hypercar racers? BoP: it’s a necessary evil. Likewise, the current (and popular) pro-am LMP2 second-division prototypes must be artificially slowed, to avoid them beating the headlining hypercars…

As usual in motorsport, nothing is simple. For Le Mans, the clock is ticking.

Technical: the challenge of managing brakes during a 24-hour race​

How about a Le Mans McLaren?​

I think they will use the BOP

I think they will use the BOP, Balance of Performance.

They should ban traction control and slick tyres as in Formula E. It would be great.

We want to see cars that can be driven on the road, raced in road configuration and nothing more (pure safety mods would be okay, as long as they didn't materially increase regidity).

Entertainment isn't about outright speed. Give us cars around which we can develop an emotional attachment (go Aston Martin, go McLaren, boo Ferrari, boo Ford GT) and we'll do the rest.

My favourite race - not just at Le Mans - for many a year was the Aston Martin vs the Corvette in the 2017 GTE Pro class where it went down to the last lap, with the drivers commenting how closely matched the cars were.

Cars that I can see in the showroom the next day (admittedly in a somewhat different specification - but take note Porsche and the mid-mounted 911 RSR that is a step too far from a 911RS) help build loyalty.  It was a factor in my choice of car manufacturer for my last purchase, so 'Win on Sunday, Sell on Monday' does work.