BACK TO ALL NEWS
Currently reading: Stairway to Evans: how Welshman Elfyn is on the verge of WRC glory
UP NEXT
New Kia EV9 primed as premium electric range-topper

Elfyn Evans is now in touching distance of the World Rally Championship title. We meet him
Open gallery
Close

Elfyn Evans is on the cusp of history. Leading the points heading into the final round of this year’s World Rally Championship (WRC), this weekend's Rally Monza in Italy, the Welshman is close to becoming just the third Brit to claim the title, after Colin McRae and Richard Burns. You might have heard of them.

It’s an elite list and one that, in truth, few would have expected Evans to have a chance of joining at the start of the 2020 season. When the 31-year-old was announced as part of an all-new line-up at Toyota’s title-winning rally squad, he was expected to be the solid number two to six-time world champion team-mate Sébastien Ogier, a useful dose of steady experience while hotly tipped 20-year-old Kalle Rovanperä learnt his trade in a third Toyota Yaris WRC.

But in a year when little has gone as expected, Evans’ form has been a major surprise. He starred on the Monte Carlo Rally and then became the first British driver to win on the snow-covered Rally Sweden. A well-judged win in Turkey has helped him establish a 14-point lead over Ogier.

It’s a major jump in form for a driver who had taken just one WRC win before this year. And while switching from the privateer M-Sport Ford team to Toyota’s manufacturer squad helped, the fact that he’s rivalling Ogier for pace in the same car shows this isn’t just about machinery. 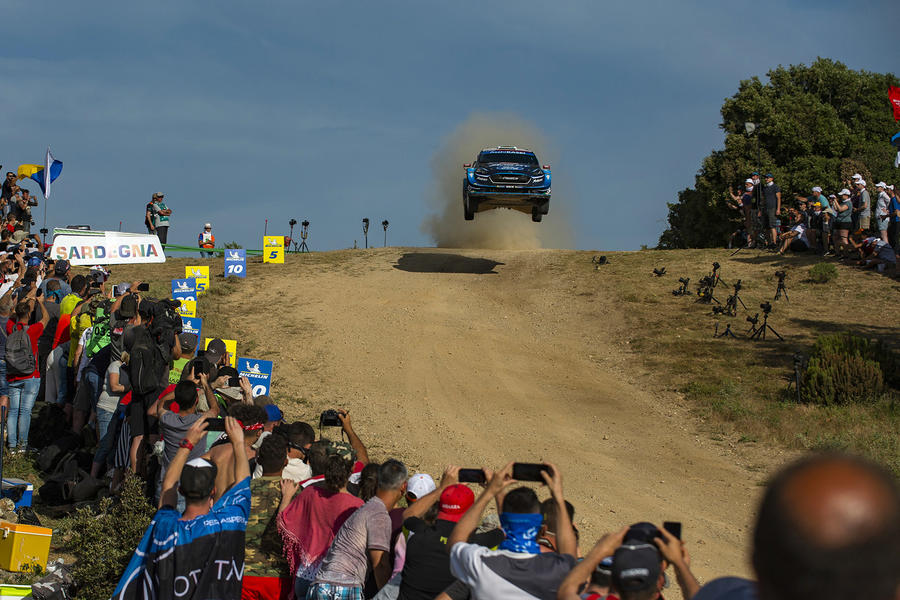 So, what has made the difference? “Settling into a new team, I was a bit apprehensive,” says Evans. “M-Sport had become as much a home as a team. But immediately I felt at home in the car, with a good feeling for what was going on underneath me. It has been okay: I’m not completely satisfied with everything we’ve done – or I’ve done – but overall, it has been good.”

As his comments suggest, Evans isn’t a particularly flamboyant or extravagant rally driver. He remains as unassumingly polite and friendly as when he first started rallying in a 1.0-litre Nissan Micra aged 17. And he still lives within five miles of his home town of Dolgellau in North Wales.

But don’t let that exterior fool you: Evans has the inner fire, determination and quiet confidence that any world-class sportsperson requires. There’s a work ethic, too, which he has needed in his occasionally winding path to WRC title contender.

Despite being the son of former British champion – and Dolgellau’s leading Ford dealer – Gwyndaf, Evans had to work his way up the rallying ladder on merit. To ensure that he understood his craft, Gwyndaf made Elfyn build up his first rally car, that Formula 1000 Micra. Instead of rushing into a four-wheel-drive car, he spent time honing his skills in grip-limited front-drive cars, primarily in the one-make Fiesta Sport Trophy. Multiple title wins followed, with victory in a Pirelli competition securing him a season in the British Rally Championship in a Group N Subaru Impreza and a win in an international Fiesta shootout netting him a job with M-Sport’s WRC squad.

That prize involved the chance to help develop M-Sport’s privateer Fiesta RRC and R5 machines in 2013, with outings on a number of WRC events. And when Ford Fiesta WRC driver Nasser Al-Attiyah was forced to skip Rally Italy on business, Evans was given a late chance to fill in. With minimum preparation time, he finished sixth.

That led to a full-time WRC drive with M-Sport for 2014 and 2015, where he notched up a number of solid points finishes while learning the events. But it wasn’t enough to keep his seat for 2016. Instead, he spent the year in a second-tier Fiesta R5, finishing second in WRC2 and dominating the British Rally Championship. 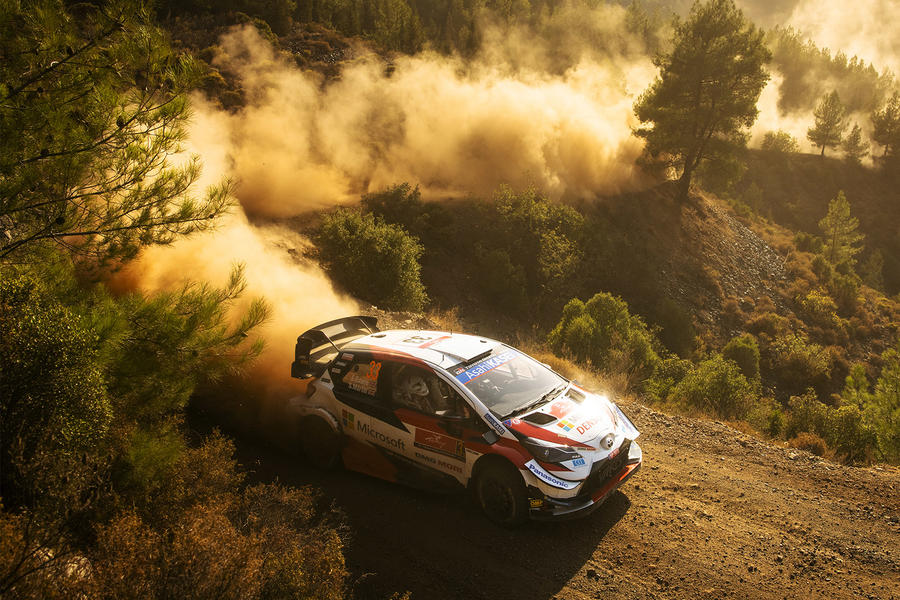 That secured him a return to a third Fiesta WRC for 2017, running on DMack tyres. After two strong second places, his alternative rubber proved ideally suited to the muddy stages of Rally GB and, on forest roads he grew up near, Evans dominated.

In that season and the following year, Evans was joined at M-Sport by Ogier, who won the title both years. It showed the Welshman the steps that he needed to take to reach the WRC’s elite.

“I learned a lot from Séb – but I probably learned an equal amount about myself,” he says. “When we were team-mates at M-Sport, I wanted to beat him like every other team-mate, and I maybe didn’t concentrate on myself enough. I was trying to copy him too much, but you have to have faith in your own style, your own set-ups and your own ways of working. You have to learn what Séb is good at – and clearly he’s good at a lot of things – but you have to do what’s natural and right for you.”

Evans should have had a chance to showcase what he could do last year, when Ogier left M-Sport for Citroën. But fractured vertebrae sidelined Evans mid-season and masked the clear step up in pace that he had taken.

“It was really disturbing for our season,” he says. “I hadn’t really broken into the fight for the top three, but I had reached a middle ground where I was top of the group of chasers.”

Still, after five seasons in the WRC’s top class, it seemed that might be where Evans sat – until an unusual series of events created an unexpected opportunity. Having won the 2019 title with Toyota, Ott Tänak made a shock switch to Hyundai and Ogier then jumped from Citroën to replace him. When Toyota decided to also replace Jari-Matti Latvala and Kris Meeke in favour of an all-new line-up, Ogier recommended that the team consider Evans.

“I didn’t know Séb was involved at the time of my negotiations,” says Evans. “I didn’t even know he was leaving Citroën. But behind the scenes, he had agreed with Toyota that I was a reasonable choice, and I do like working with Séb. He’s very open and very fair, and we work well together when it comes to setting up the car and that sort of thing. He’s very professional: there are no big secrets or hidden agendas in the team.” 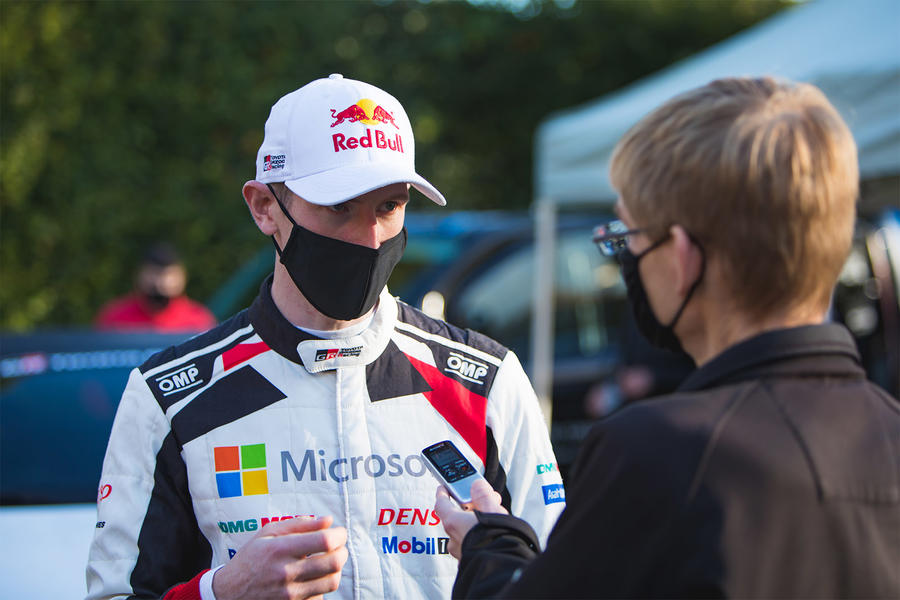 Given that Evans is ahead of Ogier in the title race, is the Frenchman regretting his suggestion? “No, I think he’s genuinely happy I’m there and battling with them,” says Evans, smiling. “I have a huge amount of respect for him. He’s still very difficult to beat.”

Instead of trying to beat Ogier by copying him, Evans now has the confidence to go his own way. “I started to believe in my own style a lot more in 2019,” he says. “We changed a lot on the Fiesta at the start of that year, and it gave me the confidence to go into Toyota and get the car the way I wanted. You’re stupid to ignore what others are doing, but you need to feel comfortable.

“In Sweden, I took a different direction to Séb on set-up. I had a bad final morning on the pre-event test, so I pushed to go back to an older set-up I was happy with. I took confidence from doing that and it worked out on the rally.”

Evans’ disposition has also helped this year, given the uncertainty over the calendar and events. Nine events due to run this year were cancelled due to the impact of Covid-19, with rallies such as Estonia hastily added in to increase the total number of events. That disruption has continued, with the Ypres Rally in Belgium being added to the calendar then canned due to the increased spread of coronavirus.

This weekend's season-ending Monza Rally, is also a new addition to the 2020 schedule. “I went into this year with the goal to take each rally as it comes, and that has fitted the year,” he says. “You don’t know what’s coming next, so you just have to go to every rally and give the best you can of yourself.”

That approach will serve Evans well, deflecting some of the pressure that comes with potentially becoming Britain’s first WRC champion since 2001. It’s a position that many expected Evans to find himself in when he first began to show his talent in his formative days, but it has been quite the journey to reach this point.

“In some ways, that has been a benefit, and there are some things you still think were tough,” he says. “But you can’t change the past. I’ve never been the kind of guy who jumps in and wins straight away. To get to this level has taken a lot longer than it should, but I’m not the kind of guy who gets one shot in a car, jumps in and finishes in the top five. I’m a need-a-season-under-my-belt type of guy.”

Regardless of the journey, the key is where Evans is now: two rallies away from history. It might be unexpected, but it’s thoroughly well deserved. 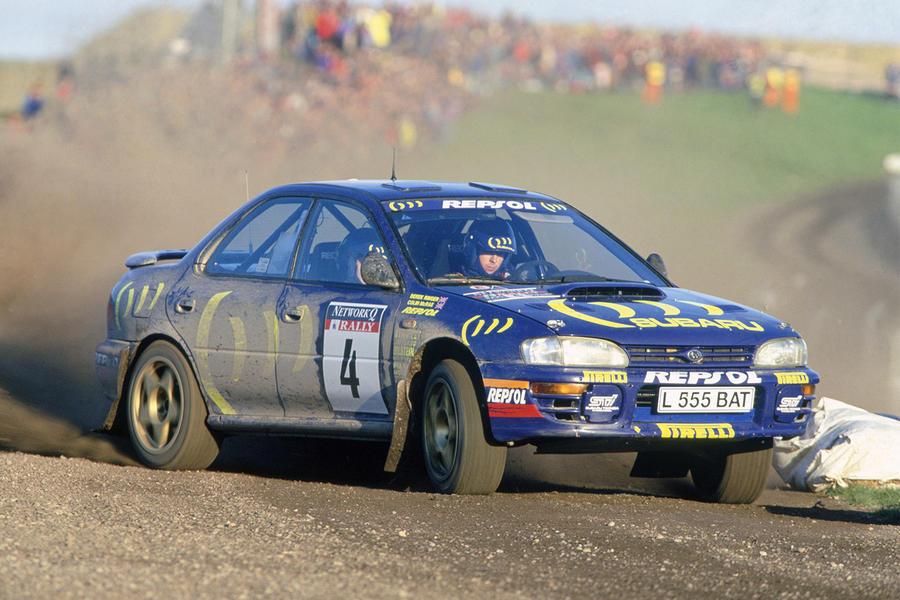 Colin McRae became the first Brit to win the WRC, in dramatic fashion, in 1995. Like Elfyn Evans, the Scot headed into the season expected to serve as number two to title-winning Subaru team-mate Carlos Sainz – and was even forced to slow down for the Spaniard in Catalunya due to team orders.

But the pair were allowed to battle evenly on the season-ending RAC Rally and McRae claimed a dominant victory, with Sainz admitting that he simply couldn’t get close to McRae’s pace. 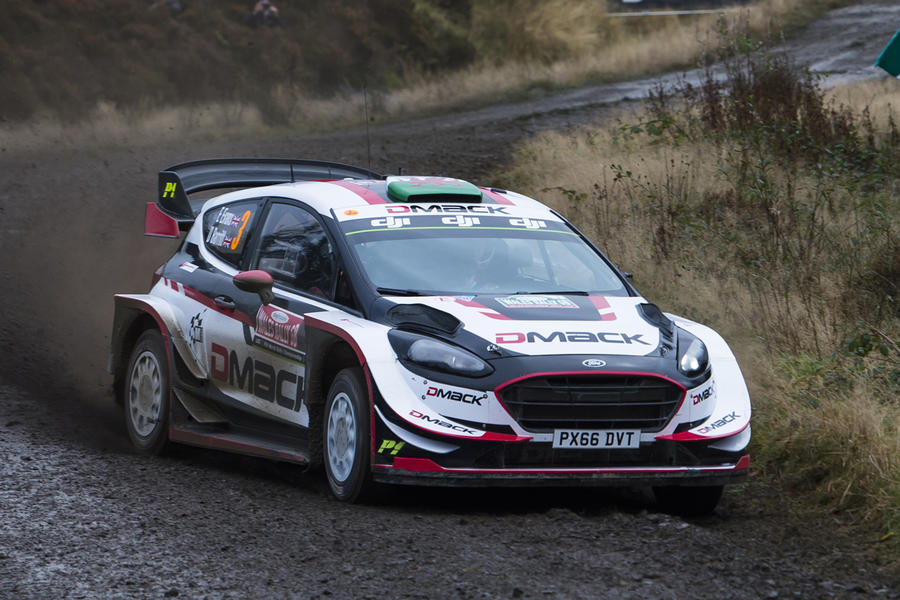 Richard Burns also claimed his sole title, in 2001, on a tense Rally GB finale. The Subaru driver was involved in a four-way battle but his closest rival was McRae, now at Ford. When McRae crashed out, Burns put in a well-judged drive to take third and secure the crown.

He's about to win a 'world championship'.  Very few people have heard of him.