BACK TO ALL NEWS
Currently reading: Why the World Rally Championship is back to its best
UP NEXT
Bentley Batur: new Mulliner car to arrive on 21 August

The World Rally Championship has always been viscerally gladiatorial. Despite the technology and marketing gloss that’s always a feature of the top level, it’s about as raw and unreconstructed as modern motorsport is allowed to get.

This season – although it’s not actually over yet, with one round to go in Australia – has been a perfect example. From the beginning, there was a close three-way fight for the title, creating a tension that boiled over into technical protests (where rival teams tried to get a Toyota rear wing banned), gamesmanship (where Hyundai was accused of manipulating the running order of its cars to disadvantage rivals) and even personal acrimony (with an astonishingly incendiary tweet sent by Sébastien Ogier’s wife during the Rally of Spain, where she coined the hashtag ‘#shitroen’ and blasted her husband’s employer. We’ve not heard the last of this.).

Amid all of that, it was almost easy to overlook the fact that for the first time in 16 years, we’ve got a new World Rally Champion who isn’t French or called Sébastien. Loeb and Ogier have dominated the show for the best part of two decades but, after Spain, Ogier (maybe in an attempt to smooth over troubled waters) said he could think of nobody who deserved the title more this year than the man who finished second on the rally.

The tiny nation of Estonia (population around 1,350,000) now has a new world champion in Ott Tänak. Previously, Estonia was perhaps best known for its exploits in fencing, with 17 world championship medals – although the very first Olympic gold won by Estonia after its independence in 1991 was in cycling. So wheels are obviously important over there, as well as fighting. 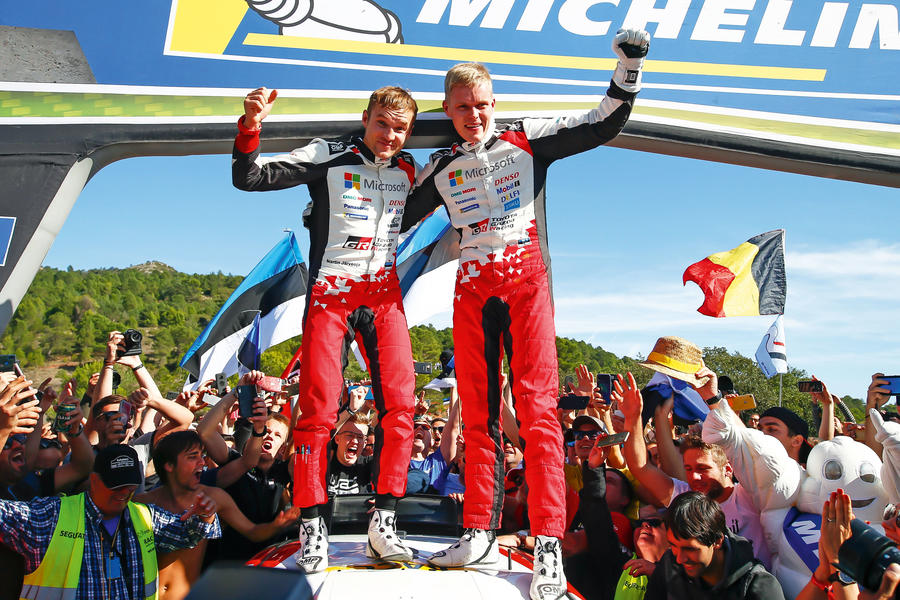 Tänak isn’t the first rally star from Estonia, either, as his mentor, Markko Märtin, also competed at the top level. Like Märtin, Tänak is a hard chap to read. He’s competitive to the point of paranoia – having even accused his own team of not backing him fully – but his emotions are rarely expressed via the established medium of verbal communication.

Maybe it’s different when he’s speaking in his native language (unfathomably complex Estonian, with its 28 native diphthongs)? No, confirms Märtin. He’s just as taciturn then.

Although he’s not going to win any public speaking contests, Tänak can drive a car mind-bendingly quickly. This year, he’s racked up six wins from 13 rallies held to date, on gravel, snow and asphalt. Even on the events he didn’t win, he was often the fastest. On the iconic Rallye Monte-Carlo, he won seven of the 15 stages run (including six in a row). And finished third.

Did he have the best car? Probably. So it’s a credit to Hyundai’s Thierry Neuville and Citroën’s Ogier that they pushed him so far. M-Sport Ford – which won the last two drivers’ titles with Ogier – hasn’t been at the races this year, due to a lack of both funding and luck, with Elfyn Evans forced to sit out three rallies following a back injury. Whether it’s on or off the stages, everyone eventually feels some pain on the WRC. That’s why we love it.

Stage flight: Why rallying is back to its best in 2019

Racing lines: Why Wales Rally GB 2019 is not to be missed