BACK TO ALL NEWS
Currently reading: Volkswagen Golf GTI TCR to race in 2016
UP NEXT
Spending 48 hours touring in a Ferrari Roma

Volkswagen has revealed the racing version of its Golf GTI that’s set to compete in the TCR touring car championship this year; it's the second year the series has run.

The production-based Golf GTI TCR features an uprated engine and race-prepared chassis set-up. It was developed in conjunction with Seat, which passed on knowledge learned with its Leon Cup Racer.

Under the bonnet of the GTI TCR is the turbocharged four-cylinder engine of the Golf R. After race-modification, it produces 325bhp and 302lb ft of torque, 29bhp and 22lb ft more than the R.

It sends drive through a proper race-spec six-speed sequential gearbox, complete with steering-wheel mounted paddles. Like the road car, the GTI TCR sends drive to the front wheels.

Volkswagen says the racing car weighs 1280kg with its driver, but on its own that figure would be closer to 1200kg, illustrating just how much mass has been shed from what started life as a near 1.4-ton road car. 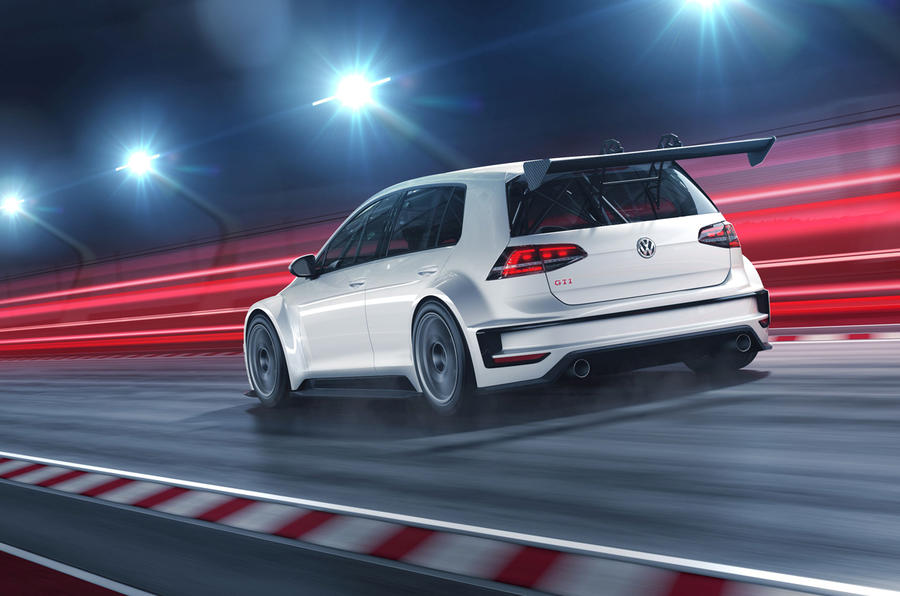 Combine this light weight with the car’s uprated engine, and it is claimed to be capable of accelerating from 0-62mph in 5.2sec, and on to a top speed of about 143mph, although this all depends on the set-up.

The car sits on height, track and camber adjustable suspension, and 18in racing wheels. The standard chassis set-up is about 40mm wider than a production Golf, and an aggressive aerodynamic package also mean the racer generates downforce at both ends.

Just 20 Golf GTI TCRs will be built by Volkswagen Motorsport, and all have already been sold to private racing teams. The cars competing in the 2016 TCR series will have their first race outing this March, where the championship will be a support race for the Bahrain Grand Prix.

As an old racer I am never ceased to be amazed at how much power these guys extract (under rules) from their little four pots. The weight loss is normal for racing as I remember shedding some 200 kilo from my Toyota GTi 16v just by removing insulation padding and seats - today they allow windscreen changes (originals are shit heavy) - and aluminium and fiberglass being used instead of heavy plastics and metal just wondering how much torque steer this beast will have !!!