BACK TO ALL NEWS
Currently reading: New Volkswagen Polo GTI 'more agile' than Golf GTI, plus exclusive images
UP NEXT
GSR2: The new rules making cars safer but more expensive

Volkswagen is promising a sharper and more agile driving experience from the new 197bhp and 147mph Volkswagen Polo GTI, compared with the more mature driving manners of the Golf GTI.

“The Polo GTi is shorter, lighter and better to drive,” said Volkswagen’s small car line director, Ralf Kölling. “The Golf has performance more oriented to the highway, the Polo GTI is more agile for a really good drive. The shorter wheelbase than the Golf gives the Polo that extra feeling of agility."

Kölling and his team have been working on the Polo GTI for three-and-a-half years, helped by the green light from Volkswagen high-ups just six months after work began on the latest Polo. 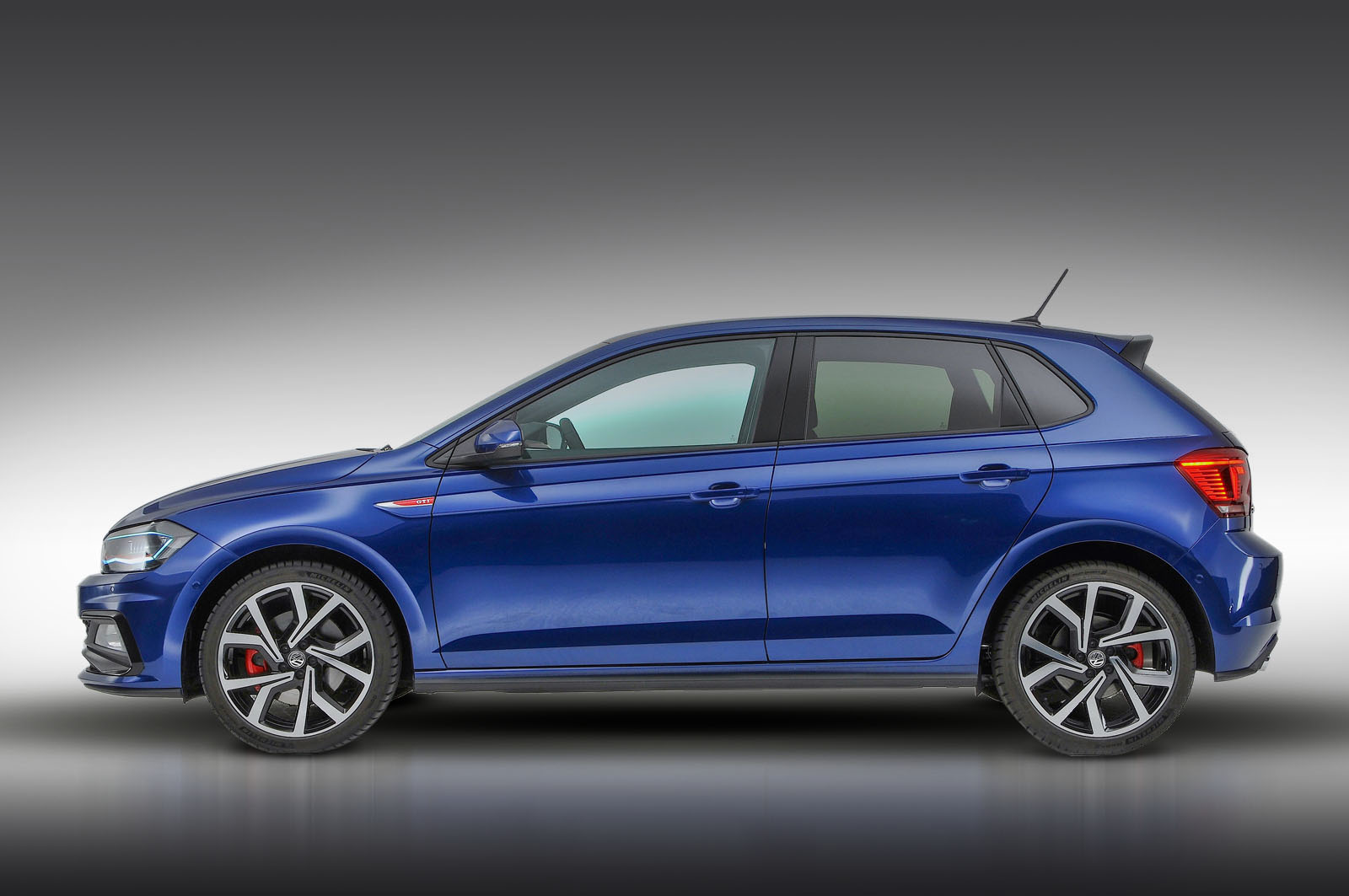 “We decided early in the project that we wanted a GTI version of the Polo and that has helped with having space under the bonnet for the bigger engine,” said Kölling.

Peak torque is developed with a flat curve between 1500rpm and 6000rpm and is understood to deliver a solid surge of performance in the mid-range. 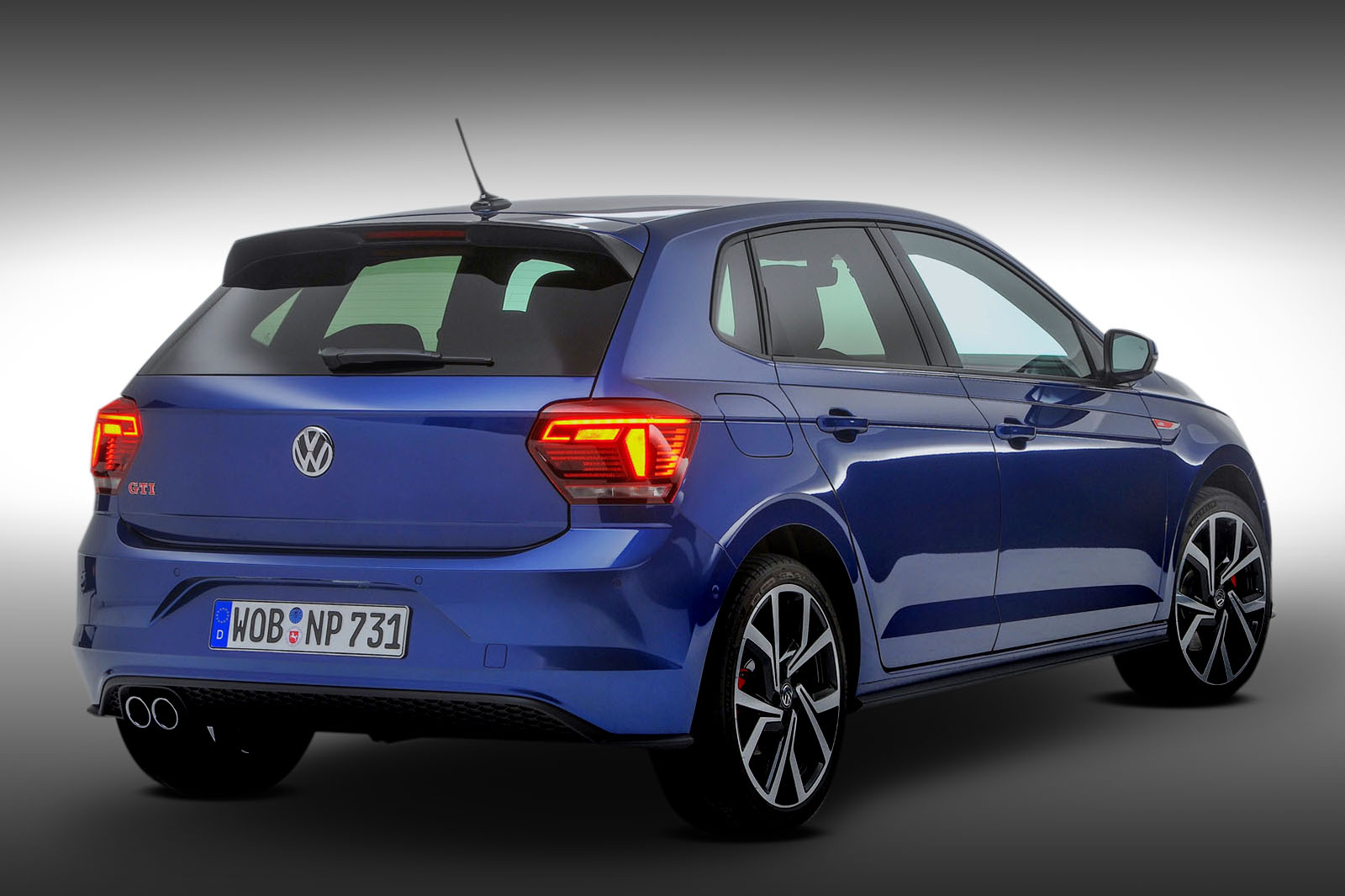 A six-speed DSG dual-clutch automatic gearbox will be standard at launch, with a six-speed manual becoming an option in 2018.

“It was a really hard decision between the DSG and manual, but the market is deciding and performance models are trending to DSG,” said Kölling.

Top speed is a claimed 147mph and 0-62mph in 6.7sec – very similar to the previous-generation Polo GTI. Bigger brake rotors — 312mm diameter at the front and 270mm at the rear — boost stopping power compared with the standard Polo. 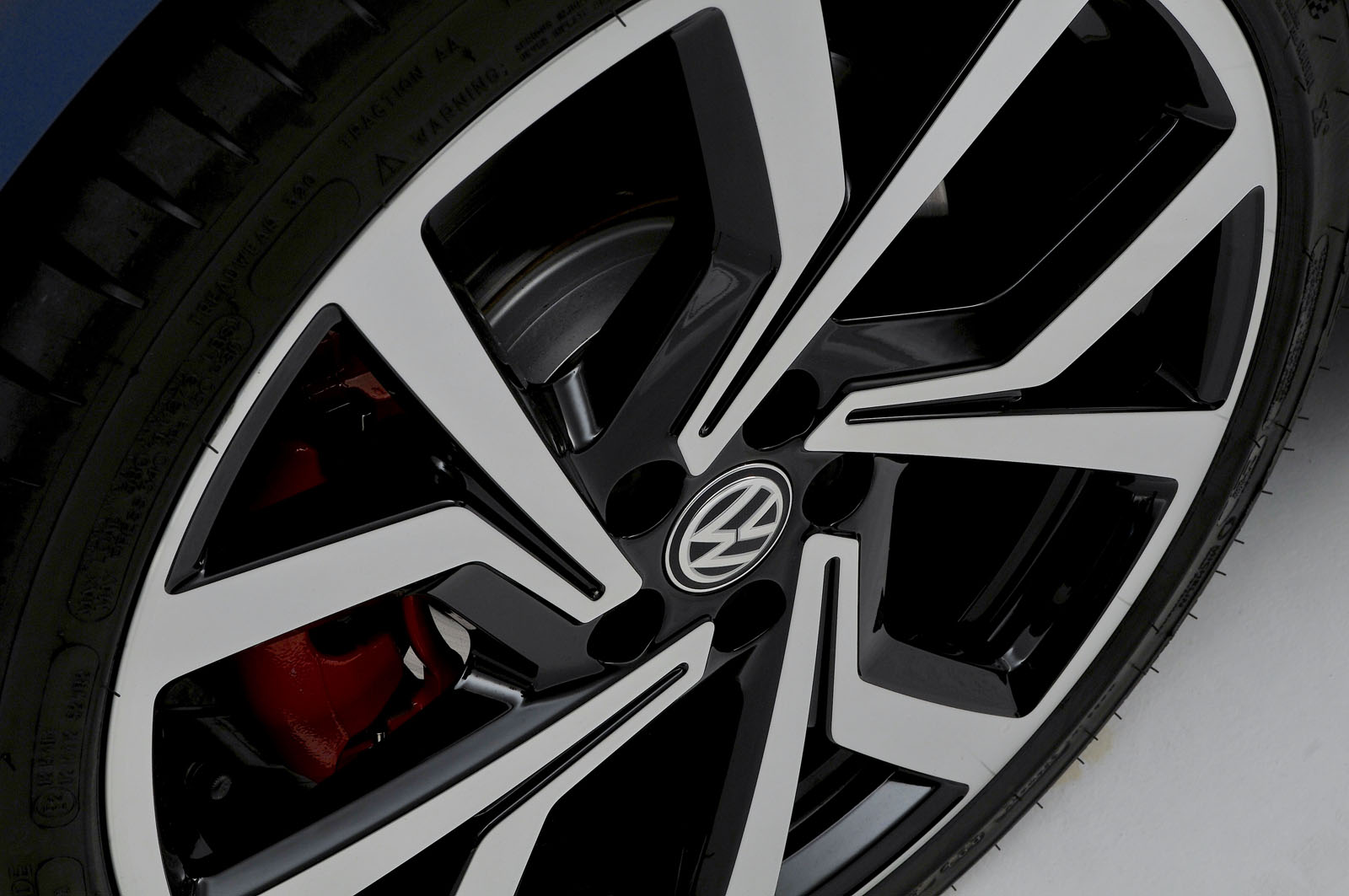 The basis for the new Polo GTi is a much stiffer five-door body based off VW’s ubiquitous MQB platform and with a torsional rigidity of 18k NM/deg. The old Polo rated 14k NM/deg, 28 per cent less. 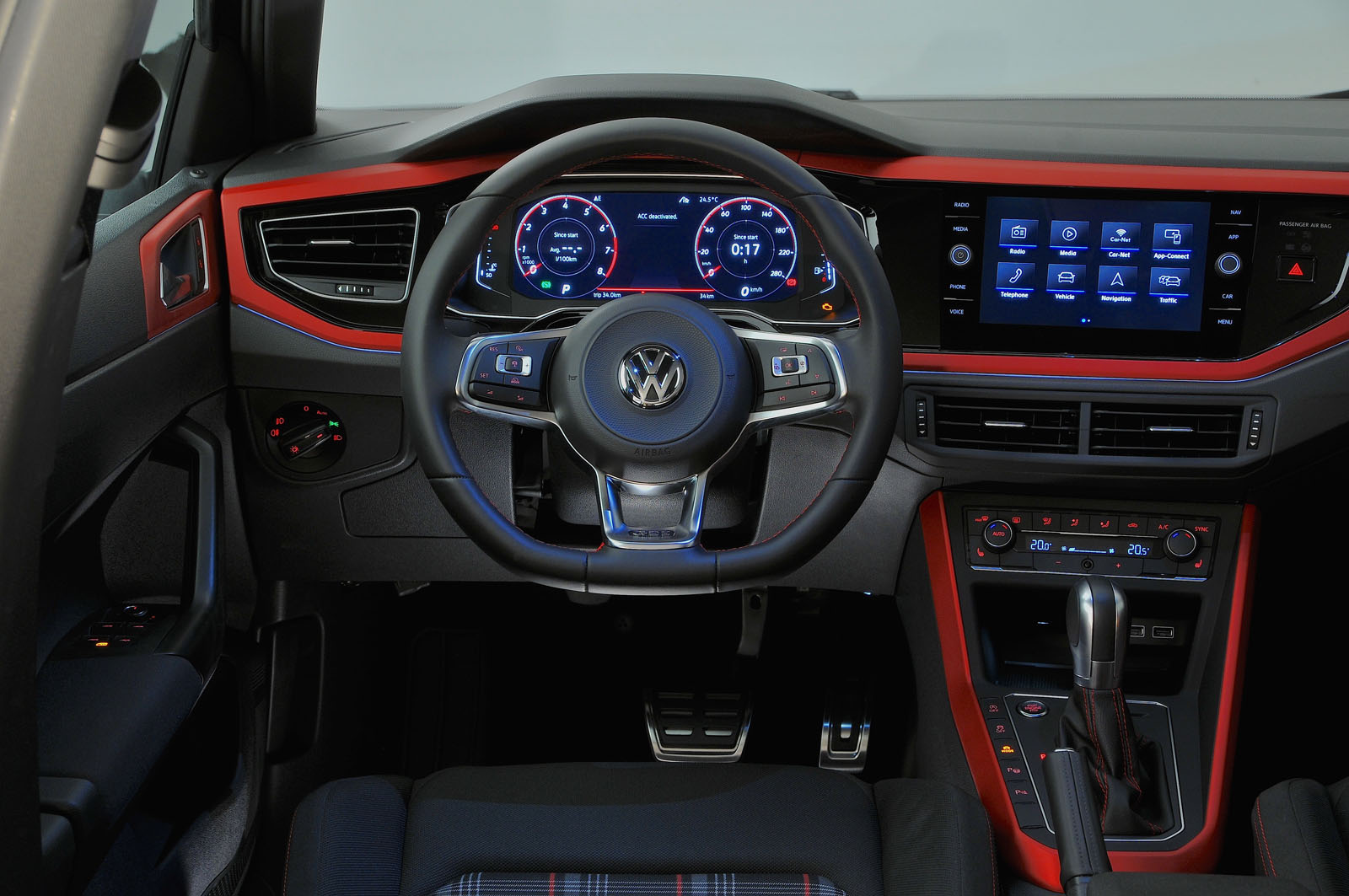 The front spring rates are 31% stiffer and the rears 24% higher, while the dampers feature two selectable settings – Normal and Sport  — under Volkswagen's Sport Select banner.

Volkswagen UK is still finalising the final spec of its Polo GTIs ahead of December’s on-sale date, so it is unclear yet whether the Sport Select will be an option or standard. But previous experience with other models, such as the Golf GTI, suggests it will be a cost option. 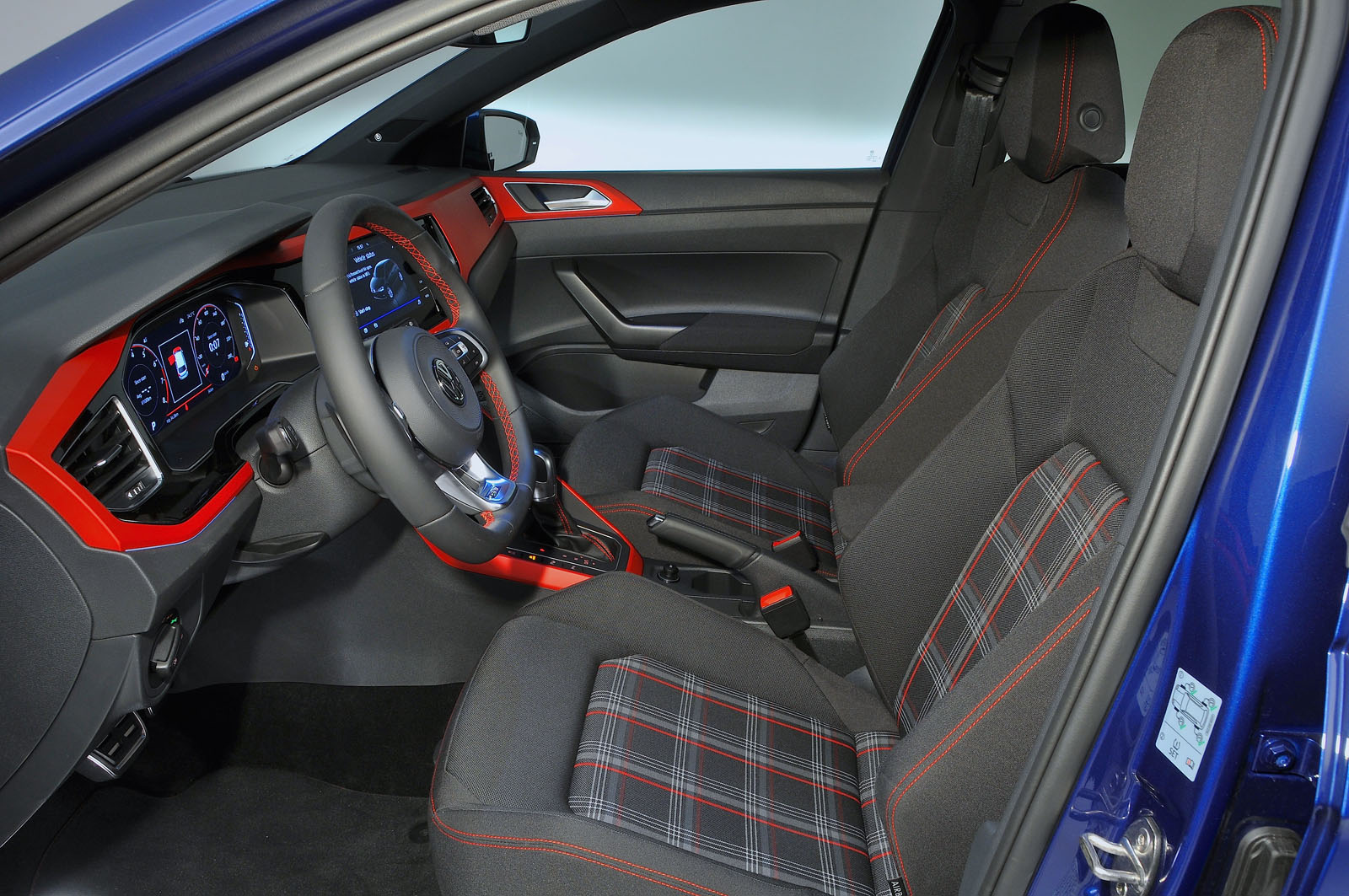 Similarly, UK cars are expected to have 17in alloys with 215/45 tyres as standard with 18ins wheels with 215/40ZR Michelin Pilot tyres (on our pictured car) as an option.

Prices have yet to be announced, but are likely to be below £20,000 and competitive with the new Ford Fiesta ST, which will go on sale in early 2018.

Some Polo GTI options are likely to be bundled into a Performance Pack.

First Polo GTI deliveries are expected in May 2018.

If you're buying a car on its looks, a hatchback is not what you want, 3drs or not

It is if your taste is different to yours...

If you're buying a car on its looks, a hatchback is not what you want, 3drs or not

I had a few MK1 Golf GTIs back in my youth and I loved them. I'm in my mid 40s now and when I saw a new, bright red, 3 door Polo GTI, complete with manual gearbox and tartan seats, it took my right back to my youth. I had to get one so I did.

People choose cars for different reasons. I chose the Polo GTI as it made me feel 17 again. Sadly, I don't look it.

Now, if Citroen could build a new 2cv, I'd be interested in one of those... blue, lowered... Just like my old one. The roads would be dull if we all liked the same car.

On the Fiesta it saves £625, some weight too

what possible advantage is a 3dr???

Sure it saves a bit of weight but there is no practical advantage whatsoever.

In my eyes the 3 door looks better...

Sure it saves a bit of weight but there is no practical advantage whatsoever.

and that's not just the Polo but any small car.  I don't need a 5 door second car as we have a Passat estate, also.

Our solution to what appears to be many car manufacturers dropping the 3 door version of their small cars is to order a new MX5 in the new year.