BACK TO ALL NEWS
Currently reading: Pikes Peak International Hill Climb preview: why Volkswagen is going for new record
UP NEXT
New Kia EV9 primed as premium electric range-topper

To understand why Volkswagen has chosen the Pikes Peak International Hill Climb for its first full electric motorsport project, you just need to look at the rulebook for the Unlimited Division.

Go on, it won’t take long – there practically isn’t one.

To save you leafing through the document, here’s the key bit: “This division will allow any race vehicle invited by PPIHC [the race organisers], and capable of challenging for the overall win, to take part.”

The only condition is that cars meet the event’s safety standards; after that, anything goes. It is a class without rules, with entrants limited only by their imagination, creativity and budget. “It’s a dream project for engineers,” says François-Xavier ‘FX’ Demaison, VW Motorsport’s technical chief. “It’s fun. You don’t have chances like this many times in your life.” 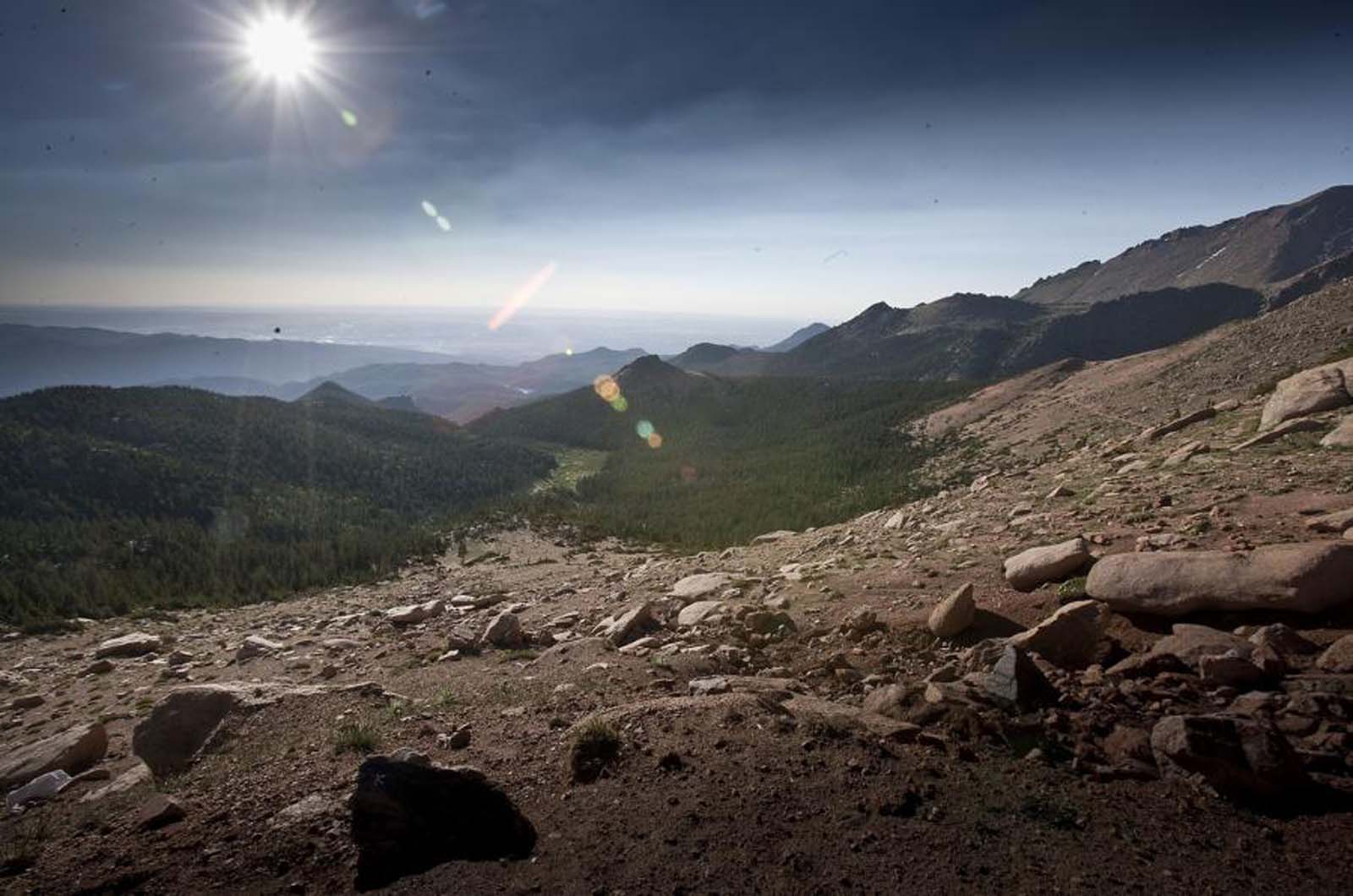 There’s another reason why, rather than joining the firms flocking to Formula E, VW has developed the 671bhp ID R Pikes Peak battery electric vehicle specifically for a one-off hill climb in Colorado.

For that reason, you need to head to the barren summit of Pikes Peak, 14,115ft above sea level, where the tortuously twisting 12.42-mile climb ends. Up there, the average high in daytime temperature in June is 3.6deg C and the air is so thin that trees can’t grow.

That thin air is also bad news for combustion-engined cars; starved of oxygen, they produce nearly half the power they do at sea level. Heck, even at the start line of the climb, 9390ft above sea level, combustion engines will only produce around 70% of the power they usually do.

By contrast, battery-powered cars have no such problems. Their motors can run at full power right to the top. And that makes Pikes Peak one of the few motorsport events in the world where electric cars don't just compete on a level playing field with traditional machines — they actually have an advantage. 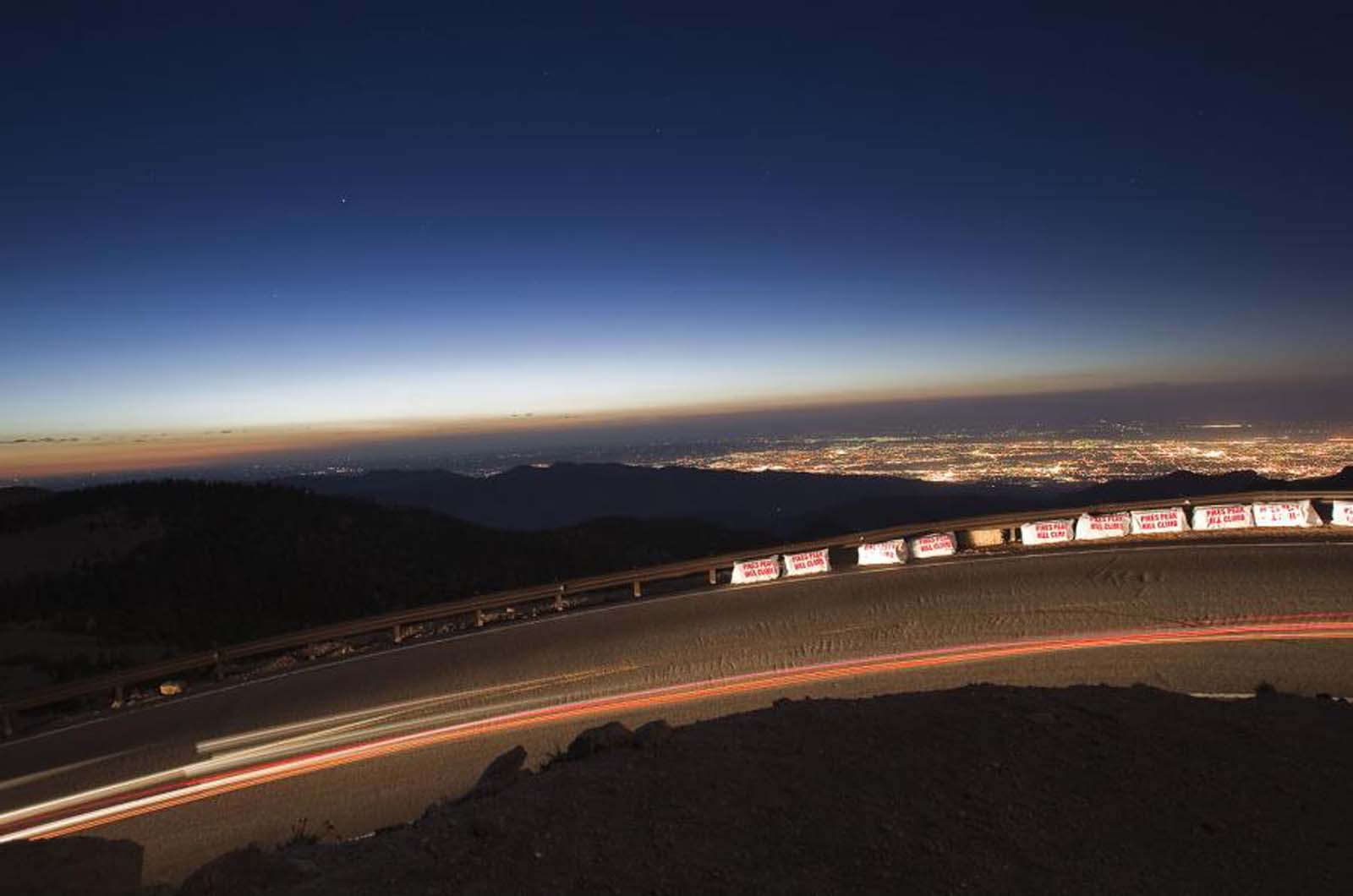 “At the start of 2017, we looked at what motorsport projects we could do with a full electric car and we quickly came to Pikes Peak,” says VW Motorsport boss Sven Smeets. “It’s the perfect event because it has an electric record and a lot of challenges. We can show that an electric car can be emotional.”

Why the ID R looks is a prototype, not a rally car

First run in 1916, Pikes Peak was dominated for years by rally drivers and rally-based machines. But that changed when the course was fully paved in 2012 and it’s no surprise that the ID R looks more like a Le Mans prototype than an off-roader — albeit one with a bigger wing and more extreme aero.

“The electric record was set by a prototype, so you have to go in that direction if you want to beat the record,” says Smeets. “Aero is still very important going up the hill. You can’t just rake a road car and add a 500kW battery.”

As a result, you won’t find many parts from VW’s previous works motorsport effort, the Polo WRC. “I think the wheel nuts are the same, but that’s it,” notes Demaison.

The ID R’s monocoque is based on the Norma prototype that Romain Dumas, who will drive the car at Pikes Peak, has used to win the event outright in three of the past four years. Doing so allowed VW to shortcut some of the early learning when it came to the chassis.

“Norma has huge experience of Pikes Peak and hill-climbing, so it was the best choice for the first year, because we have no reference there,” says Demaison.

VW also used the Norma design for the basic aerodynamics, which were then developed with the help of engineers from sister firm Porsche, using its recent Le Mans experience. The car sits on ZF Sachs double wishbone suspension, with passive dampers.

The lack of oxygen at high altitude makes the aerodynamics less efficient, hence why Pikes Peak machines generally sport massive wings. The rear wing of this ID R, for example, is 2.4 metres wide — this isn’t without its problems. “It doesn’t fit in the transporter,” laughs Demaison. “We have to remove it and put it in sideways.”

While impressive, the aero isn’t the really interesting bit of this car. “The aero is known science,” says Demaison. “The challenge is the electric powertrain and battery package — and the most difficult bit is to keep it light.”

The EV powertrain is all VW and is something of a test bed to develop the technology for the forthcoming range of ID road cars.

As with some versions of those cars being developed, the ID R has an electric motor driving each axle to give permanent four-wheel drive, with batteries located under the floor to keep the centre of gravity as low as possible.

While those stats are impressive, the headline figures are dwarfed by the power levels of some previous EV machines to run on the hill; Millen’s record holder, for example, had peak power of 1596bhp.

But VW bosses reckon power output isn’t everything. “It’s a compromise between weight and power,” says Smeets. “We may have gone a bit different from others.”

VW is still finalising the exact number of batteries that will be fitted to the car, with the need to balance the energy they carry with keeping the weight as low as possible. 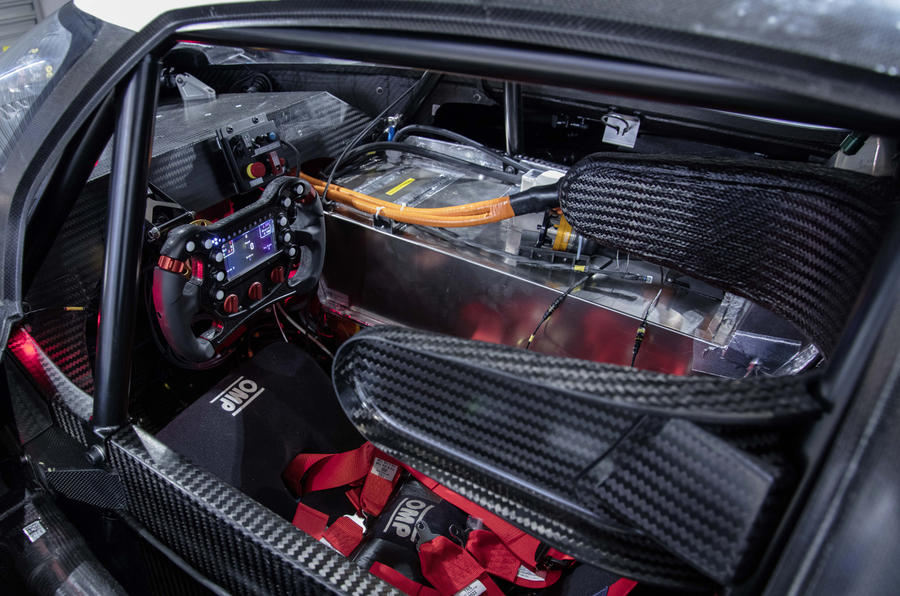 “The batteries in the ID R are more advanced [than the ID road car batteries] because the demands on them are higher, but we’re working closely with engineers from Braunschweig [VW’s EV battery plant] on their development,” Smeets explains.

“The role of weight and performance is very different for the ID R than an electric road car. We don’t need enough power to do 300 miles, just 12.42. But the compromise is similar in balancing weight and power.

"Using the ID R, we can also learn about how to optimise the positions of the batteries and related components.”

While altitude won’t sap the ID R’s power, it does make cooling a challenge, especially with all those batteries. “The higher you get, the hotter everything gets,” says Smeets. “That’s been a big challenge to conquer.”

The need to add extra cooling would hinder the performance of the aero, so this is why VW might choose to limit the ID R’s power in a bid to balance performance all the way up the hill.

The ID R will be fitted with a kinetic energy recovery device to charge the batteries under braking, with the team estimating 20% of the power it uses on the run will be generated that way.

Demaison adds: “It’s a compromise because regeneration increases the temperature of the battery, and that costs you performance. The batteries don’t like to be too hot or too cold. 30-70deg C is where we want to operate them.”

Even simply charging the batteries will be a challenge for VW. The start line of the climb is at mile eight of the Pikes Peak toll road, 9390ft above sea level up a mountain; you won’t find an EV fast charger there. So the firm will use two Formula E-style chargers, powered by a generator fuelled by glycerol (a non-toxic sugar alcohol), with a total output of 90kW. 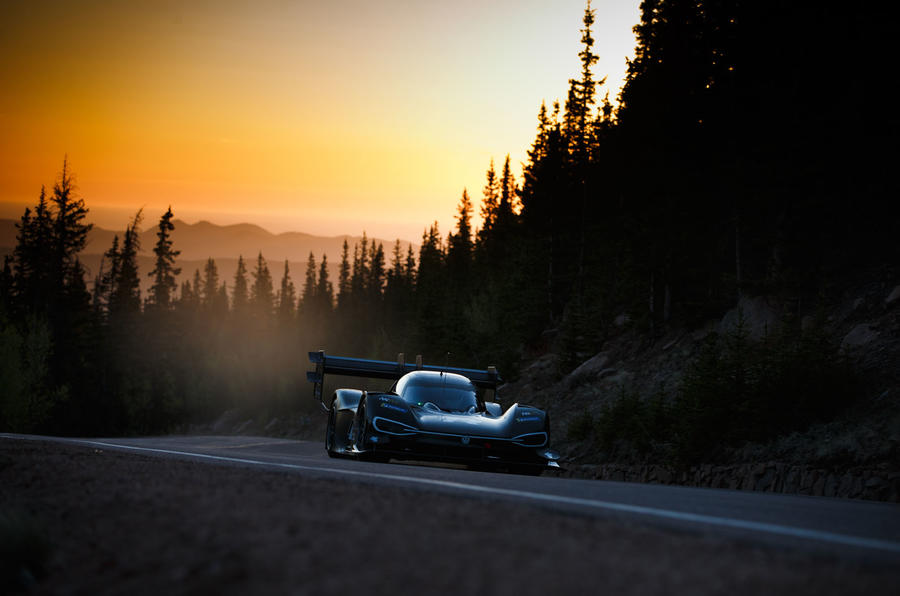 That low output — which can charge the ID R batteries to full in around 20 minutes — is to limit heat build-up, which is a challenge when the temperature at the start point can soar at this time of year.

Notably, the glycerol generator doesn’t just charge the ID R, but it does power all the electric devices in the pit area — including the coffee machine (a particularly important tool, given that the team will need to arrive around 2:30am most days to prepare for the early morning runs).

Can the ID R break the electric record?

Demaison reckons the ID R will have done around 1000km of testing ahead of this weekend’s event, from a series of tests at a race circuit and hill climbs in France to practice runs on Pikes Peak itself. In practice and qualifying for the event this week, the course will be used in sections; the only time that competitors will run the full 12.42 miles will be in their single timed run on Sunday.

That adds to the challenge, especially given Pikes Peak’s unpredictable weather. And that’s why, even though Dumas claimed he was “120% confident” VW could break the EV record, there are no guarantees.

And even if it can, there’s one more question. Millen’s EV mark is one thing, but what about the outright record? That stands at 8min 13.878sec, set in 2013 by Sébastien Loeb in the Peugeot 208 T16 Pikes Peak — a machine that in effect featured the running gear of Peugeot’s Le Mans sports car crammed into a rally car shell.

“The target is the electric record," says Smeets. “I know my guys like to look forward, but we have not set [the outright record] as a milestone for this year. But miracles always happen, so…”

That thing is awesome

...was made by the small Kent-based firm that developed the technology, and has powered formula-e from day one - Aquafuel Research.

Yes, basic the "public eye" and normal everyday Joe is so interest in HillClimb.

Yes, basic the "public eye" and normal everyday Joe is so interest in HillClimb.