BACK TO ALL NEWS
Currently reading: 671bhp Volkswagen ID R Pikes Peak to challenge electric record time
UP NEXT
Supercars to e-bikes: the story of Romans International

Racing driver Romain Dumas says Volkswagen's 671bhp ID R Pikes Peak electric-powered prototype is the best car he’s driven on the hill climb yet — and that it's in with a real shout of breaking the electric car record there.

Ahead of this year’s iconic Pikes Peak International Hill Climb on 24 June, Dumas, a three-times victor at Pikes Peak who is also a factory racing driver for Porsche in the World Endurance Championship, told Autocar: “The ID R is the best car that I have ever driven up this mountain."

Having completed the pre-event tests, Dumas (below) said that "the acceleration and cornering speeds are really impressive and, on top of that, the car is very easy to acclimatise to". 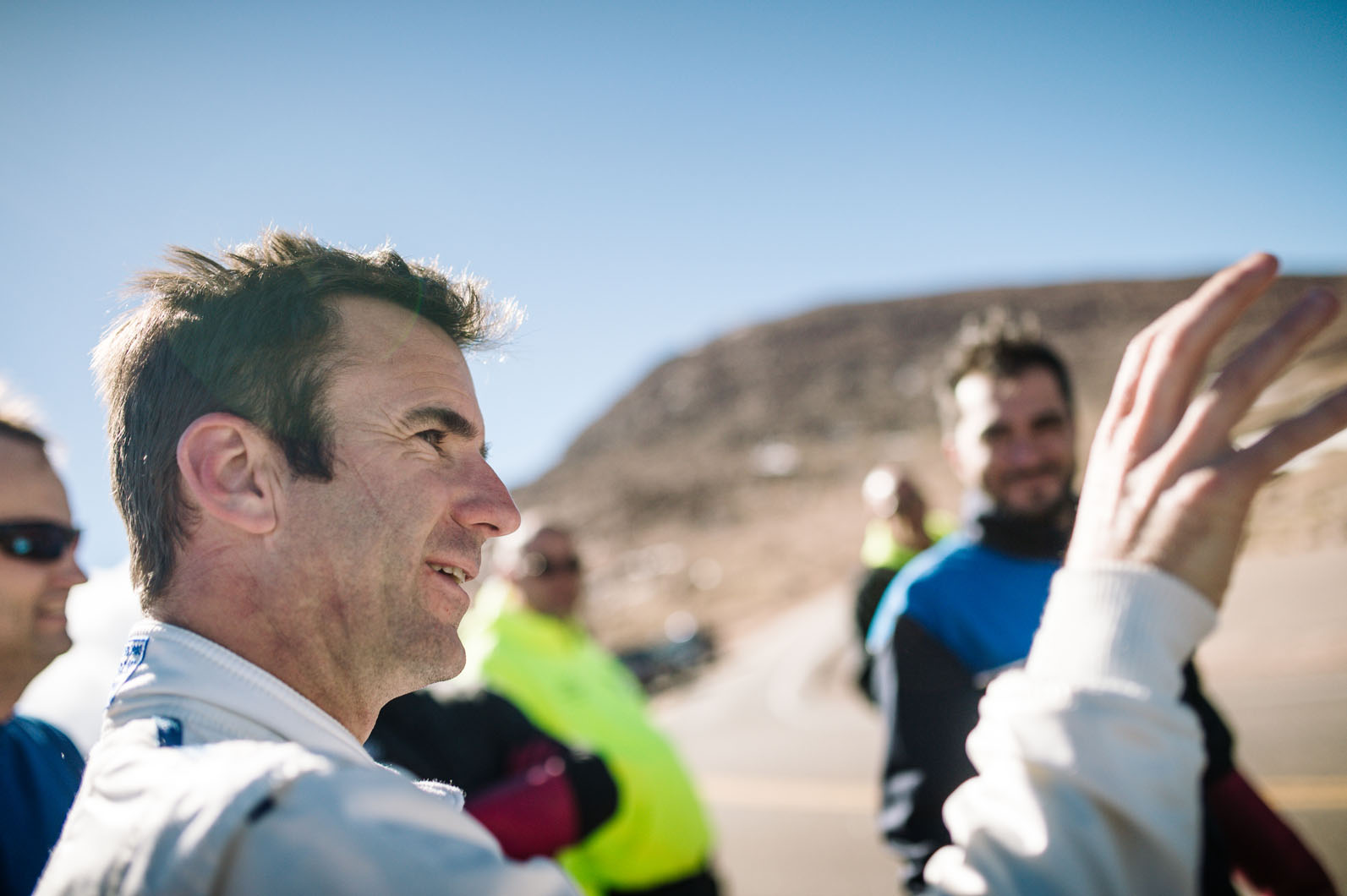 "With full electric drive, I don’t need to change gears and can focus on the cornering line instead,” he said.

Dumas lifted the overall Pikes Peak title in 2014, 2016 and 2017 in a petrol-engined Norma prototype. The ID R Pikes Peak was designed solely for the 12.42-mile, 156-turn Colorado hill climb. He added: “I know it [Pikes Peak] very well, but this is the first time I am driving a racing car with electric drive here. I am learning with every metre.”

The ID R Pikes Peak is based on that Norma's carbonfibre monocoque fitted with an all-electric powertrain consisting of two electric motors that combine to offer 470lb ft of torque and permanent four-wheel drive, with VW developing a closed-cockpit sports prototype-style design. The car weighs less than 1100kg, with VW claiming a 0-62mph time of 2.25sec and a top speed of 149mph. 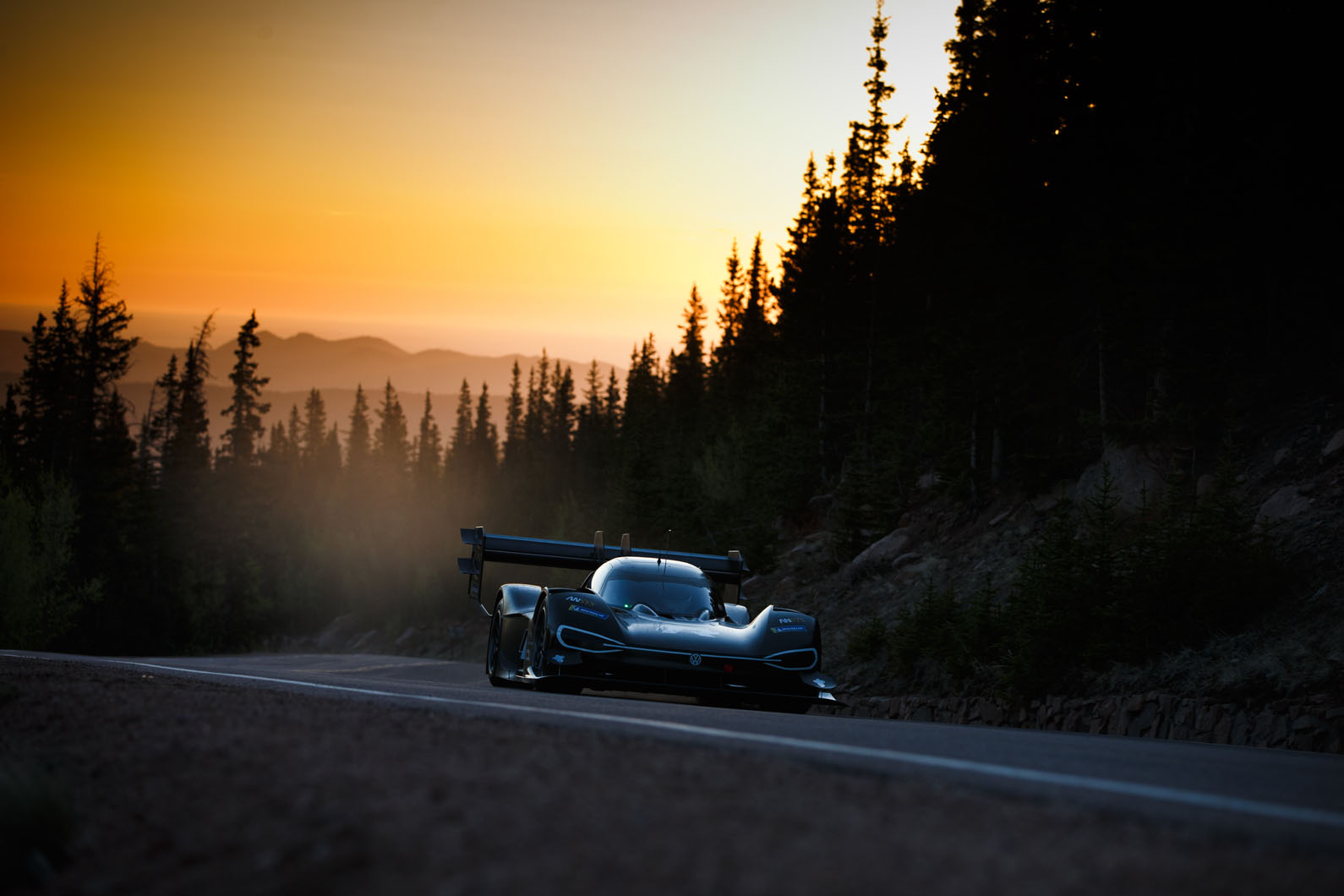 The one-off racer is 5200mm long, 2350mm wide and 1200mm high, with a wheelbase of 2850mm. It features double wishbone suspension. The lithium ion batteries are mounted on the floor of the car, with a large rear wing and other aerodynamic parts designed to ensure maximum grip despite the high altitudes.

Asked about his chances of breaking the existing Pikes Peak electric prototype class record of 8min 57.118sec established by Rhys Millen in his six-motor 1596bhp Drive eO PP03 in 2016, Dumas said: “From what we’ve learned during the tests today, I’d say our chances are 120%.”

Despite his optimism, Dumas says the Pikes Peak remains a huge challenge. “Everything has to come together perfectly if we want to break the record. On this mountain, you can’t leave anything to chance. You only get one shot,” he said.

First Volkswagen ID prototypes due to be built

The Pikes Peak course rises from an altitude of 2862m above sea level at the start line to 4302m at the finish with an average gradient of 7.2%.

While VW is targeting the electric car record held by Millen, it acknowledges that the overall record time of 8min 13.878sec set by Sebastien Loeb in a Peugeot 208 T16 could be beyond its reach.

“The focus is the electric car record. Anything beyond that is a bonus,” said Dumas.

For VW, Pikes Peak is also an opportunity for the company to test its latest electric powertrain tech ahead of the launch of its ID range of electric road cars, which will arrive from 2019. Development boss Frank Welsch described the Pikes Peak event as a “real acid test” for VW’s electric programme.

“Customers have always benefited from the findings made in motorsport, and we expect to take these findings and use them as a valuable impetus for the development of future ID models,” said Welsch. 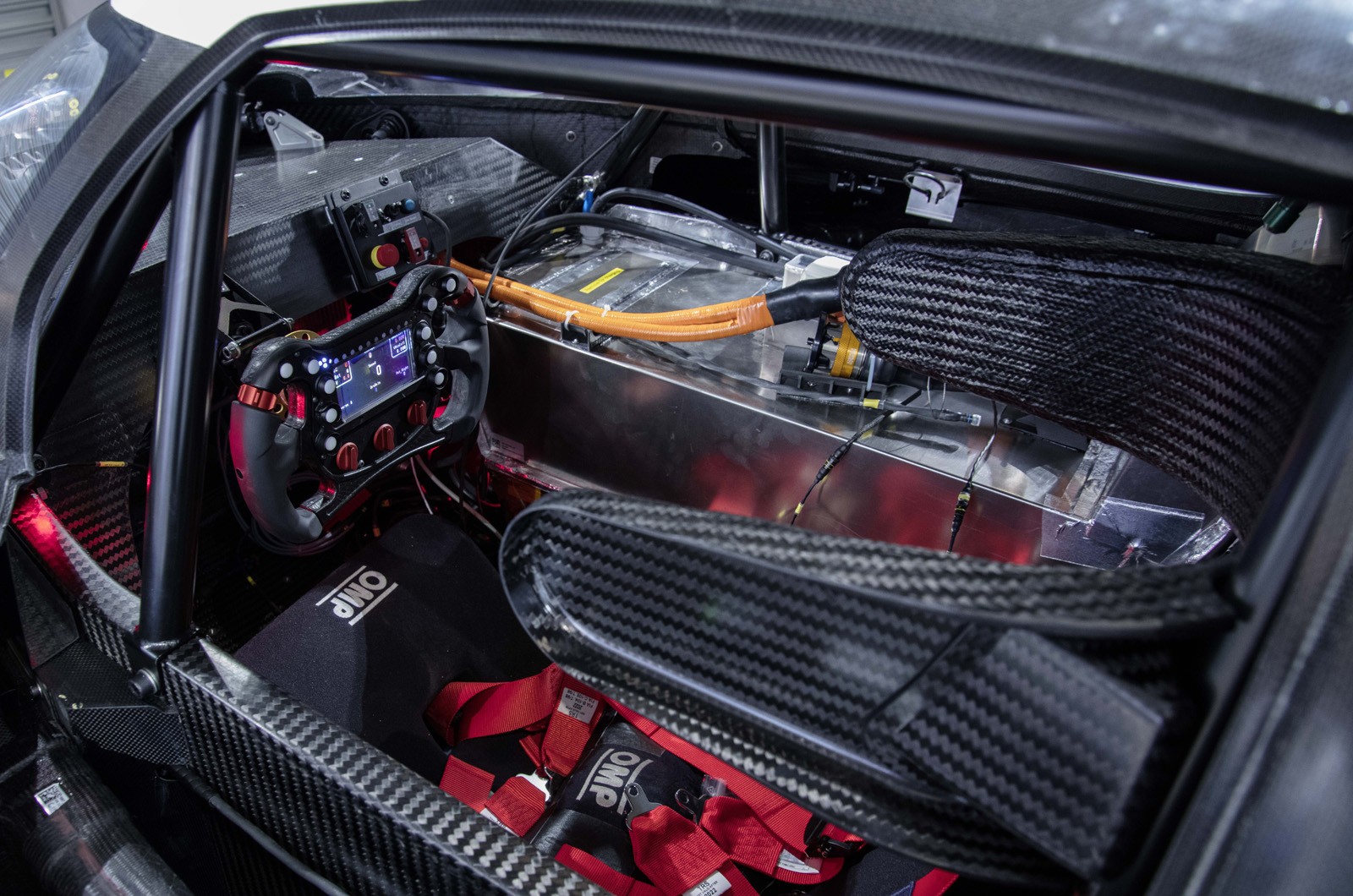 VW says the focus of the ID R Pikes Peak is not on outright performance but on balancing energy capacity and weight.

The car's lithium ion batteries were developed in collaboration with VW’s battery plant in Braunschweig, Germany, although the focus is on ensuring the highest possible power output for the run-up to the Colorado mountain rather than outright range. VW says that around 20% of the energy used by the ID R Pikes Peak will be created using energy recovery during braking on the course. A fast charging system will allow the batteries to be charged in around 30 minutes.

The ID R Pikes Peak has been developed by VW's motorsport division. Sven Smeets, the firm's motorsport chief, hinted that it could be the first of several electric vehicle projects: “As with the Volkswagen brand’s production vehicles, fully electric racing cars will also play an increasingly important role for us in the future.”

The ID R Pikes Peak was launched at the Pôle Mécanique circuit in Ales, France in April. It will run in the top Unlimited Division, which only stipulates that cars meet certain safety requirements.

VW previously competed at Pikes Peak between 1985 and 1987, with Jochi Kleint running a twin-engined Golf. That car had turbocharged 1.8-litre engines driving each axle, giving a peak output of 652hp. Kleint was the fastest driver to the halfway point in 1987, but retired with a suspension joint failure less than a mile from the finish.

electric vehicles could have an advantage @ Pikes Peak as surely any internal combustion engine is going to suffer a performance drop with the altitude?

electric vehicles could have an advantage @ Pikes Peak as surely any internal combustion engine is going to suffer a performance drop with the altitude?

The electric cars will have a different challenge - as they climb higher, it gets harder to cool the motors and batteries, so potentially they have to reduce power output to go the whole course without overheating and catching fire. Very interesting to see which one is the better solution though...

Pikes Peak is awesome - i

Pikes Peak is awesome - i wish it was covered better here, but YouTube is full of it. It makes sense that VW are using what almost amounts to an LMP car; massive donwforce and grunty diesel hybrid or electric would surely be a winning recipe.