Design features of the retro-styled Suzuki Waku SPO, such as the front headlights and virtual side mirrors, could make production in future Suzuki models.

The Waku SPO, a plug-in hybrid concept featuring design elements which can be switched according to personal preference, was unveiled at this year’s Tokyo motor show. It is described by Suzuki as an A-segment personal compact PHEV, intended for use by a family to “share fun and excitement”. Suzuki has not yet disclosed any technical details of the plug-in hybrid powertrain.

When asked whether the car could make production, its designer Takafumi Ogiso told Autocar: “It is a concept car. It is not decided [what features will make production] but I would like to see some of the friendly features, such as the headlights and mirrors. Also, it’s design which isn’t too angular.”

The firm said the model features a ‘Waku Waku’ switch that can customise the car by allowing users to “switch its body shape, front mask and content shown on the dashboard”, so the car “can transform to meet each and everyone’s fun and excitement”.

The ultra-compact Waku SPO is joined on the Japanese firm’s stand by an autonomous ‘mobile room’ concept called the Hanare. The two machines are designed to showcase Suzuki’s efforts in developing future technologies. Suzuki’s stand is themed around the concept of ‘Waku Waku’, a Japanese term that means excitement in English. 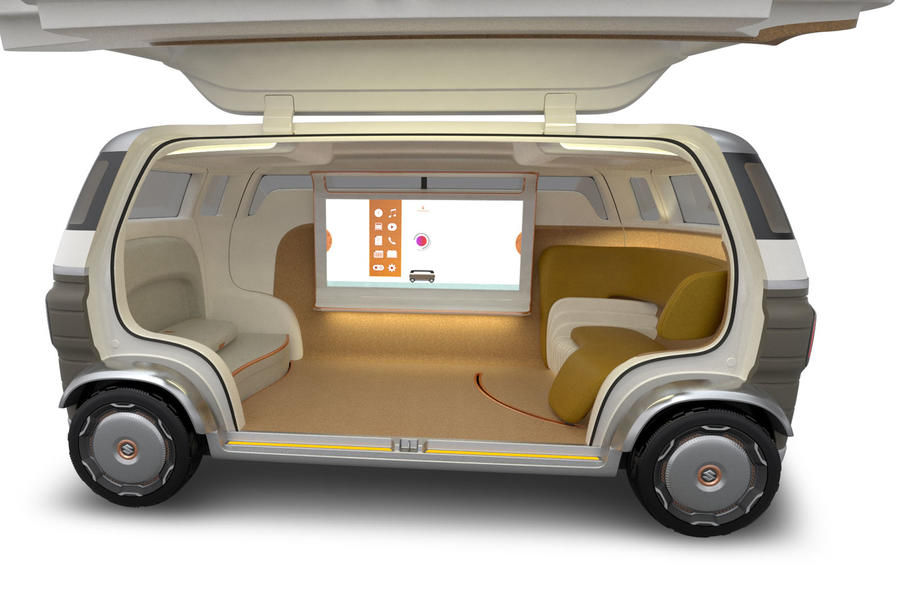 The Hanare – a Japanese term for a small dwelling built to the side of a home – is an autonomous pod-style vehicle designed for an “efficiency-centric future”. Suzuki says the machine would allow users to work or rest during long journeys, with the Hanare capable of being customised for different uses and to the requirements of different users.

The third new concept on Suzuki’s Tokyo show stand is the Hustler concept, but a production version of this would only be intended for the Japanese market.

When 'retro' isn't about

When 'retro' isn't about homage, it turns into caricature or parody.

I wonder where they got the

I wonder where they got the idea from. Maybe they've been paying attention to their compatriots.

Very cool all the same. Be great to see electric cars take on retro looks.

Waku?!, what , where did that name spring from?

Wagyu is where the beef is