Nissan has revealed an electric crossover concept at the Tokyo motor show that previews a new production model due within the next two years.

The Ariya Concept is 4.6m long and 1.92m wide - a bit shorter but a good deal wider than Nissan’s current X-Trail - yet the roofline is a good 100mm lower than that car. The firm claims it is signalling “a dawn of a new era for Nissan as it embarks to redefine its brand philosophy for the next evolutionary phase of the automobile”.

Despite its future-pointing status, however, the firm acknowledges that the “bold styling and unconventional interior and exterior elements” are to make it into production in the near future. To that end, Autocar understands a production model is due to follow imminently, possibly before the end of next year - the long-mooted ‘Leaf SUV’, in effect - and the fact that the concept has been shown with conventional door handles and wing mirrors is a giveaway for just how much production intent the concept has.

“When Nissan gives a car a real name, rather than a codename, it is always because the car is approaching production,” revealed head of design Alfonso Albaisa. “I liken it to when you go to the doctor and find out if your unborn baby is going to be a boy or a girl. When you know that, you give it a name and the birth is not so far away. Now we have a name, we aren't planning to wait long either.”

The concept car is built on an all-new electric-only vehicle architecture that will be rolled out across the Renault-Nissan-Mitsubishi Alliance for future models. The architecture is modular, and allows for vehicles of multiple shapes and sizes, with different amounts of motors and battery packs.

Albaisa added: “Ariya represents an entirely new design direction for Nissan - it is our way of celebrating distinctive Japanese culture.

“At the front, the Ariya shows a strong hint at the design of our future EVs. Inside, you can easily see the freedom the new EVP platform has given us.” 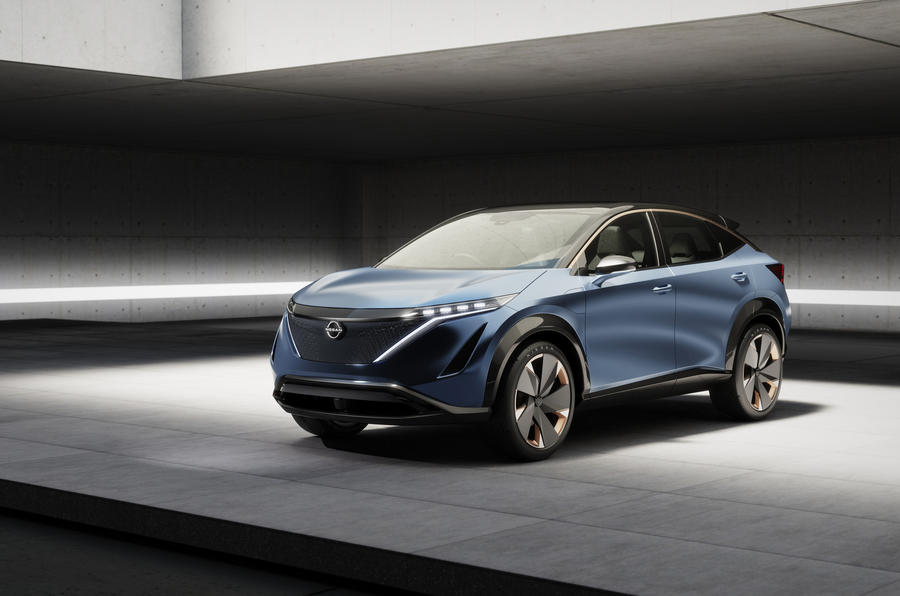 The Ariya takes clear inspiration from Nissan’s previous electric crossover concepts, such as the IMx and IMs, but appears more production-ready. Thin LED lights blend into the grille, itself a unique adaptation of the firm’s ‘V-motion’ design with an illuminated logo and geometric pattern. It hides a number of sensors for the car’s autonomous systems.

A steeply raked C-pillar give the Ariya a coupé-SUV profile, while there’s a one-piece tail-light across the tailgate. Nissan claims the Suisei Blue paint appears matt-like from afar, but thanks to embedded glass flakes produces light refractions up close. Copper colour is also used for the roof and wheels - a detail that Nissan boasts will be used on its future EVs. 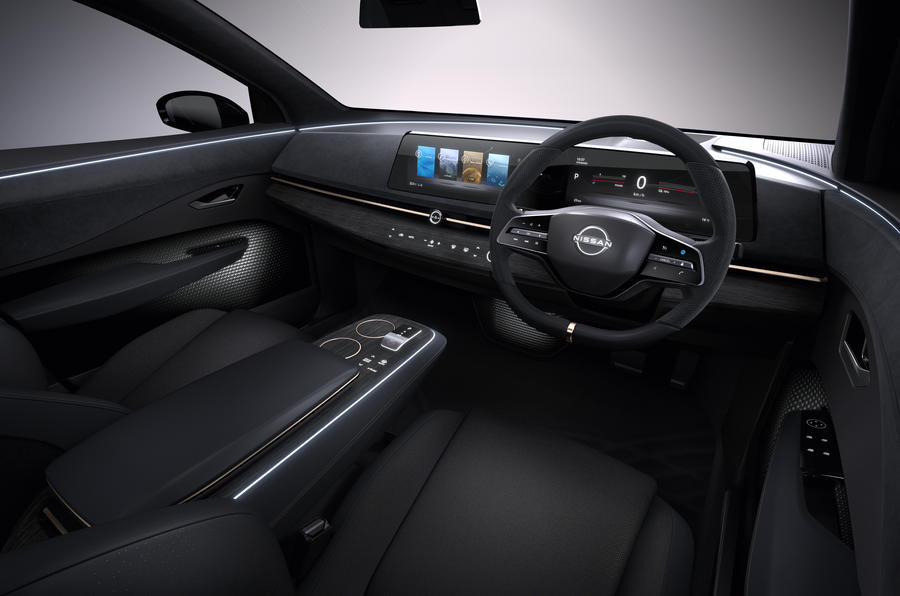 The interior makes the most of a layout dominated by the lack of an internal combustion engine and flat floor above the battery pack. There’s a minimalist dash layout, with buttons only used for the climate control and keyless start, alongside a rotary dial for the 12.3in display. Thin frame seats boost visibility and space, while the rear seats are positioned to ensure a great view for all passengers.

Nissan is also showcasing its latest semi-autonomous systems with the Ariya. Rather than promising full autonomy well before it’s deliverable, the crossover’s ProPilot 2.0 tech allows “hands off single-lane driving capabilities” and hands-off cruising in a given lane, while it can judge the appropriate place to overtake based on navigation data. 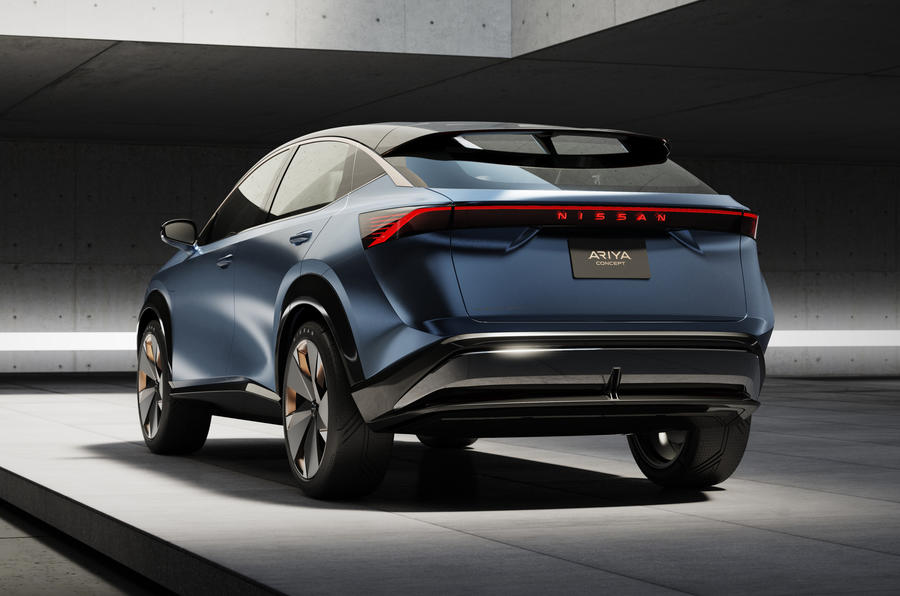 Further technology includes the ability to sync with the driver’s schedule to pre-heat or cool the car ready for anticipated journeys, a Virtual Personal Assistant, a video chat function and over-the-air updates. It supports Nissan Energy, a function that would allow the car to power homes or even sell battery energy back to the grid when required.

Nissan hasn't detailed the car's electric powertrain beyond calling it a “high-performance, 100% electric drive system”. It uses dual motors, one mounted across each axle, to deliver all-wheel drive and power “equal to or better than many premium sports cars”. The firm also promises “excellent cornering performance and traction on slippery surfaces”.