BACK TO ALL NEWS
Currently reading: Nissan IMs concept previews electric "elevated sports saloon"
UP NEXT
Future BMW M3 to be ‘groundbreaking’ EV with traditional feel

The new Nissan IMs concept, launched at this week’s Detroit motor show, is “a completely new type of car”, according to the Japanese brand.

The electric vehicle is described as an “elevated sports sedan [saloon]” and follows on from the IMx SUV shown at last year’s Tokyo show. Nissan says the IMs is closer to a saloon than a crossover and its raised cabin height is due to the battery being located under the floor.

The design shares much with the IMx and has been heavily influenced by the flexibility offered by an electric powertrain, the need for a low drag coefficient and the desire for fully autonomous capability.

The car’s long, 2.9-metre wheelbase and extended cabin length allow for a ‘2+1+2’ seating arrangement, with a rear bench that either seats three across or, when the outer two seats are folded, offers a central “premier seat” with added space and comfort. The cockpit is driver focused in manual driving mode, with a variety of multi-level screens displaying information. 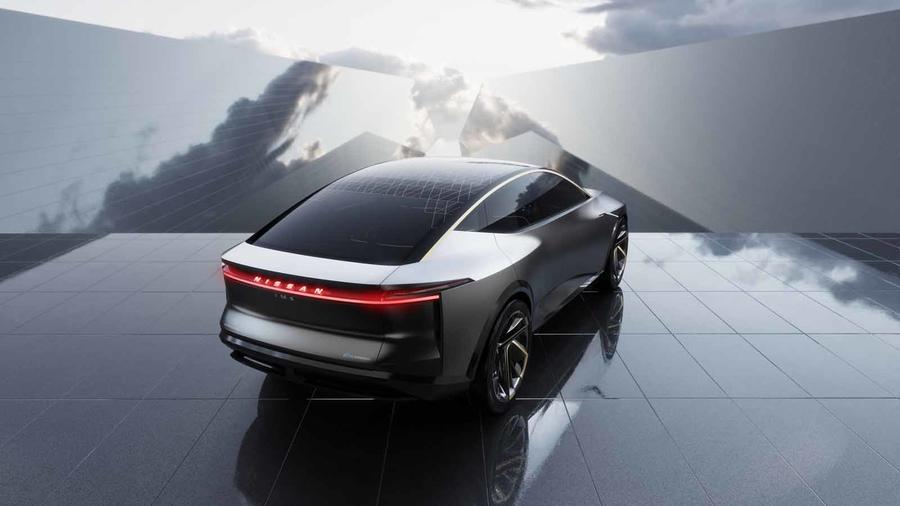 Autonomous mode causes the steering wheel to retract and the front seats to pivot for a more sociable environment. Reverse-opening rear doors, accessed via ‘invisible’ handles, are claimed to offer greater access.

The IMs’s electric powertrain features two motors – one on each axle – generating 476bhp and 590lb ft. Front-to-rear weight distribution is claimed to be near-perfect. Adaptive air suspension is also used. A 115kWh battery allows an estimated 380 miles on a single charge.

No production intent has been outlined as yet. However, Autocar understands the IMx previews a forthcoming Nissan Leaf SUV, so it’s likely this car provides the inspiration for a future electric family saloon. Such models will form part of the Alliance 2022 plan, which will result in Renault, Nissan and Mitsubishi launching twelve electric cars before 2022, alongside hybrids and autonomous models.

Not a crossover/SUV fan but I

Not a crossover/SUV fan but I like it. I do think taller fastbacks like this and the iPace are the future of car design.

With electric power trains, perhaps we may see a return of elegantly styled cars?

Isn't this the sort of designs that Infiniti should be producing? - but then they produce exciting looking concepts which sadly go no further.