BACK TO ALL NEWS
Currently reading: Volkswagen hints at upcoming rugged electric 4x4
UP NEXT
New 2021 Toyota Camry brings styling and interior tweaks

Volkswagen is considering an all-electric off-roader as part of its new ID family of vehicles, design boss Klaus Bischoff has confirmed.

The firm will later this year launch the production version of the ID hatch, the first machine built on its new MEB platform - and it will be followed by a string of fully electric models on that architecture in the coming years. 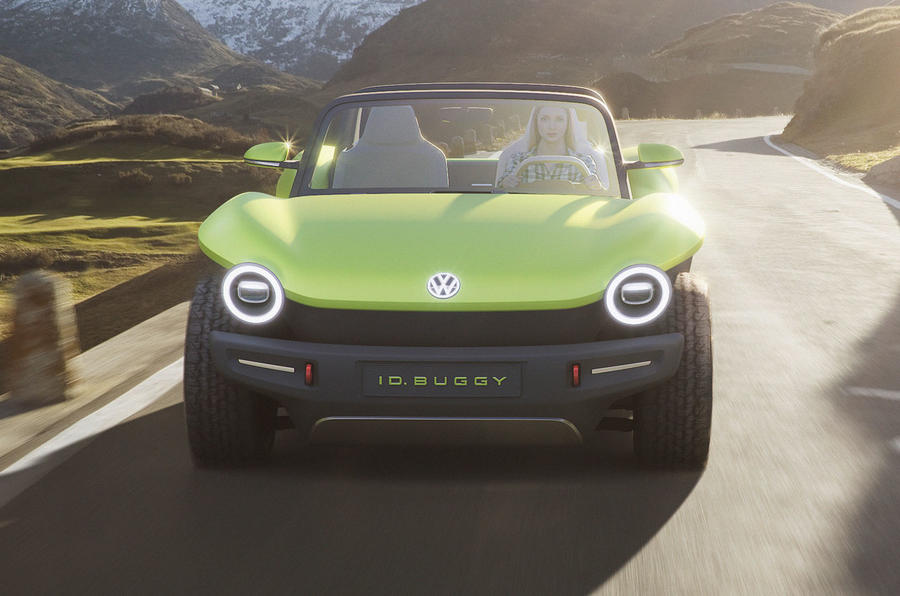 Speaking on the eve of the Shanghai motor show, where the firm launched a new ID Roomzz large SUV concept, Bischoff responded to a question about Volkswagen producing a more traditional MEB-based 4x4 by saying: “Maybe one of the next ID family members is a more rugged thing than we have seen."

At Geneva, Volkswagen launched an ID Buggy concept, which is intended as a small-volume lifestyle machine that could be produced by partners. However, it also serves as a proof of concept for a possible electric off-roader.

The instant torque of an electric car would be ideally suited to off-road driving, and the MEB platform has been designed to house a powertrain with electric motors on each axle, offering all-wheel drive.

“The higher and more boxy you go, the harder the aerodynamics are - it's the biggest hurdle,” he said. “You can lose 60km of range by doing this."

With such a model likely to be a few years away, Volkswagen would have time to address the range issues with more advanced battery technology.

Volkswagen recently showcased a concept of a remote EV charging station, which uses recycled ID car batteries, as a way of installing charging points in remote locations away from power infrastructure. That system could also make the concept of an electric off-roader a more viable production proposition from Volkswagen.

Usual start to the week Nr 2 (repeating myself here)