BACK TO ALL NEWS
Currently reading: New BMW X5: £56,710 price for Jaguar F-Pace and Audi Q7 rival
UP NEXT
New Porsche Taycan Sport Turismo on sale from £73,560

The fourth-generation BMW X5 promises “new-found comfort and refinement”, according to Johann Kistler, the model’s project manager. The car starts at £56,710 for entry-level xDrive30d xLine trim.

Kistler said the improvement is thanks to the X5’s new platform, which shares key elements with the brand’s CLAR architecture used by the 5 Series and 7 Series.

It also elevates the X5’s capabilities to a new level, said Kistler, with the model’s established reputation for performance and handling now enhanced by an improved ride. The advancements are enough to give it an edge over rivals, he added, including the Audi Q7, Jaguar F-Pace, Porsche Cayenne and Mercedes-Benz GLE. 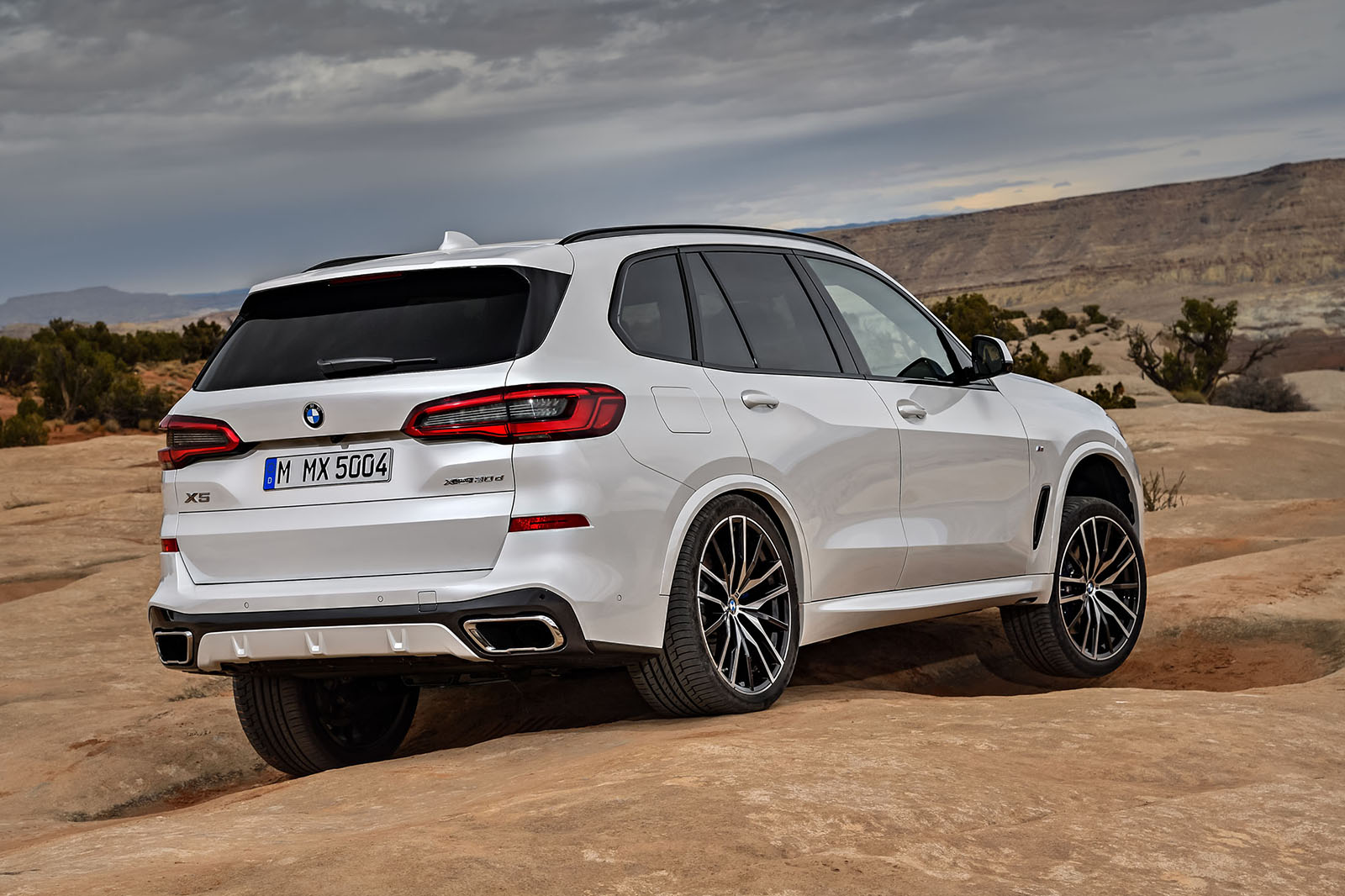 Launching in the UK towards the end of the year following a debut at the Paris show in October, the premium SUV has been comprehensively re-engineered for what will be its 20th anniversary next year.

Along with the new platform, which is shared with the upcoming X7, the X5 is bigger inside and out, has updated powertrains and features BMW’s latest digital cockpit and infotainment functions in a more luxurious cabin.

X5: “extra layer of comfort” Kistler said: “We’ve built on the X5’s dynamic qualities with the inclusion of developments such as Integral Active Steering [four-wheel steer] and the latest version of Dynamic Drive Active Roll Stabilisation [electrically operated anti-roll bars], but we’ve also added an extra layer of luxury and comfort that we think will provide the new model with more appeal than ever.”

Chassis developments include optional air suspension featuring air springs both front and rear. Available as part of an off-road package that also brings off-road driving modes and a differential lock, it replaces the suspension set-up of the outgoing model, which only used air springs at the rear, and is combined with front double wishbones and a fivelink arrangement at the rear. 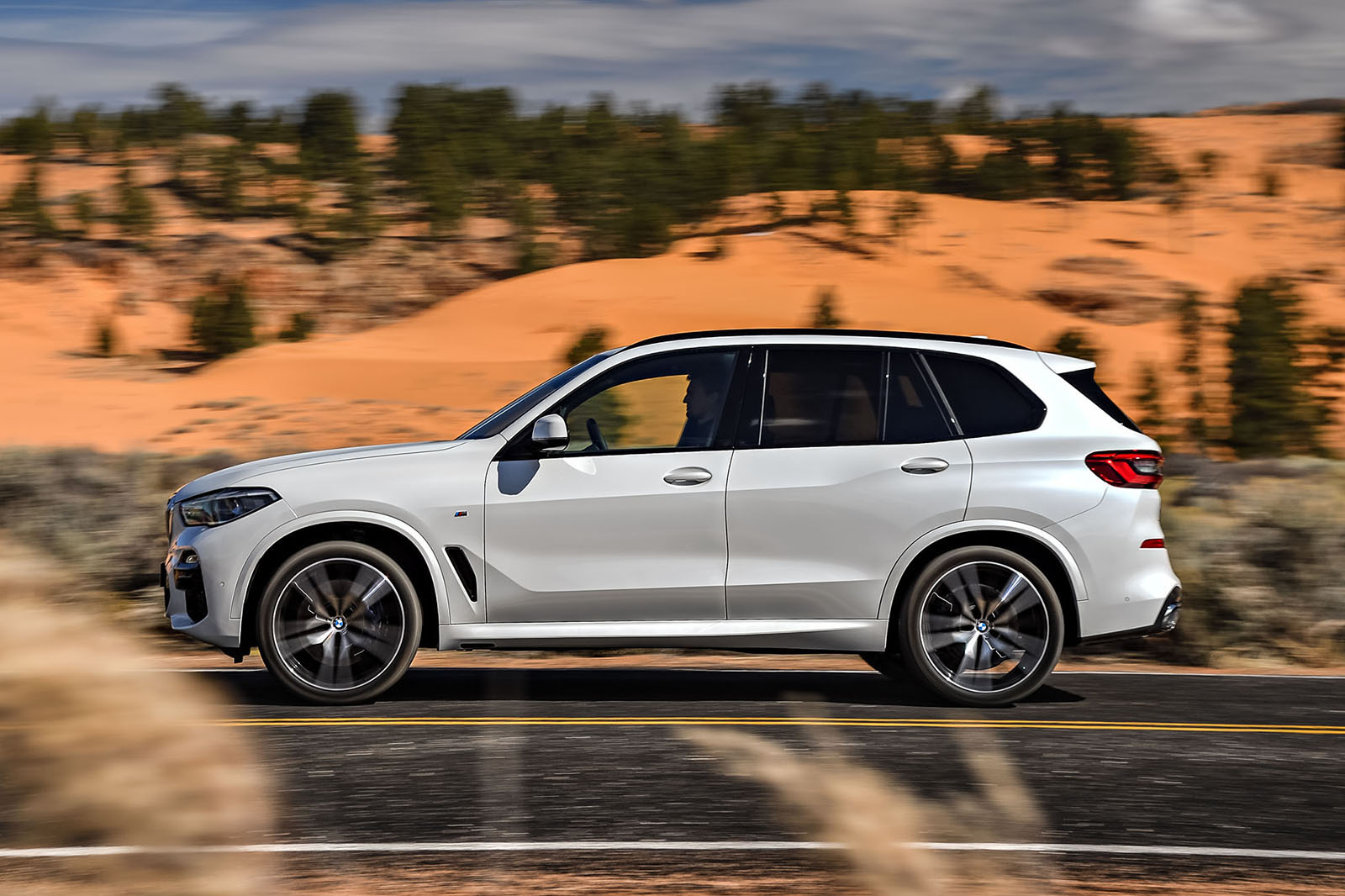 A stiffer bodyshell with added aluminium is also said to offer a 33% increase in torsional rigidity, to help better isolate road shock and secondary vibration. The new platform and chassis will also be used by the third-generation X6 that’s due in the middle of next year.

Viewed by Autocar in an engineering workshop at BMW’s Spartanburg factory in the US, where the new model will once again be exclusively produced alongside the X3, X4, X6 and upcoming X7, the new X5 is larger than its predecessor in every vital dimension.

Length stretches by 35mm at 4921mm, width increases by 32mm at 1970mm and height is up by 11mm at 1737mm. The wheelbase has also increased by 42mm at 2975mm in a move that provides the new BMW with slightly shorter overhangs as well as larger door apertures both front and rear.

Despite the increase in size, the new BMW offers the same boot capacity as the outgoing third-generation X5 at 645 litres (rising to 1860 litres when the 60:40 split rear seat is folded away). 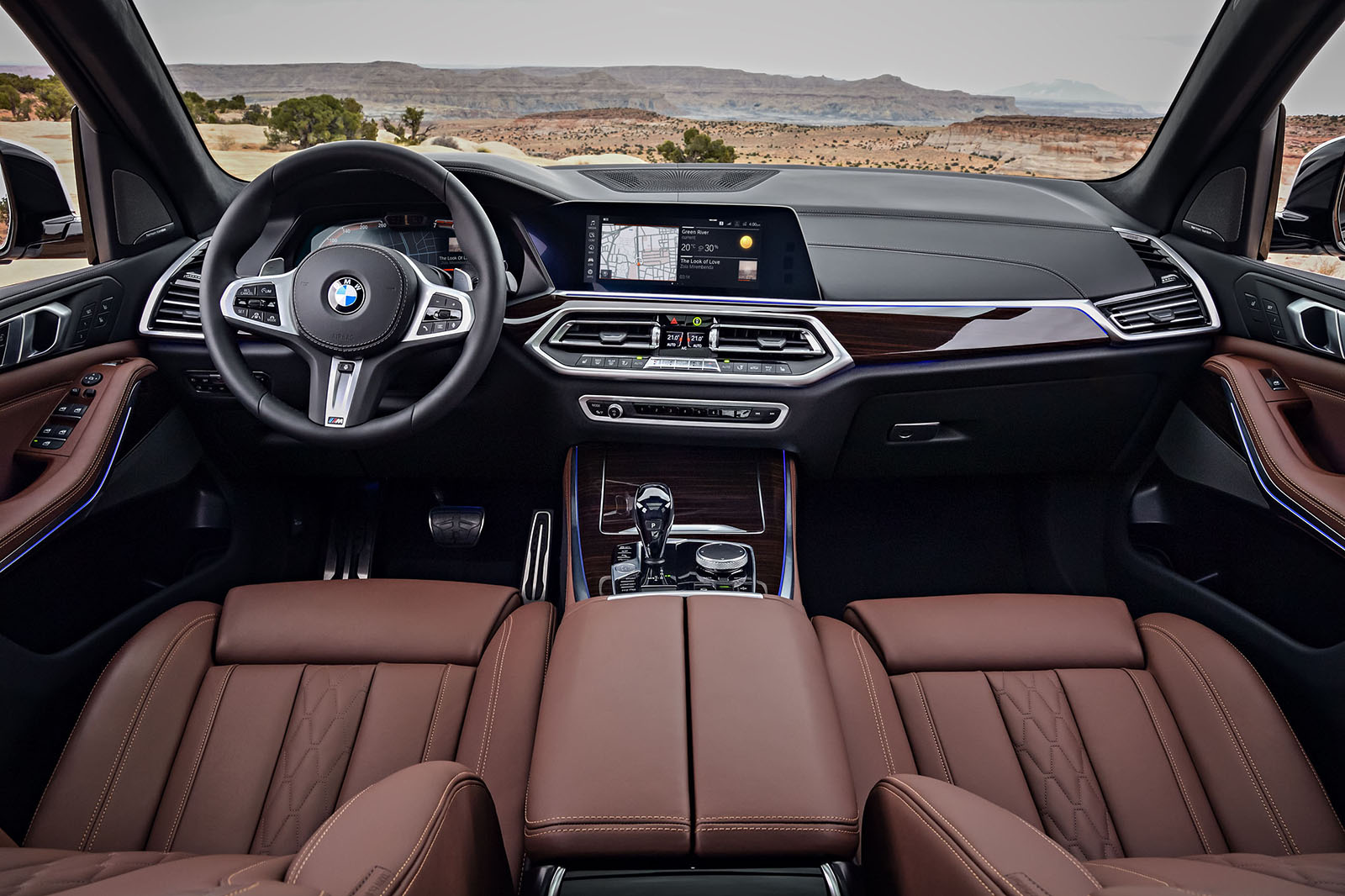 The new model can be ordered with optional electronic control for both the upper and lower sections of the two-piece tailgate. It also receives an electric luggage blind cover that can be stowed automatically within the boot floor at the press of a button.

The new X5’s evolutionary styling includes an angular kidney-shaped grille that is joined in the middle to help give it greater prominence. It also has active air flaps to help the model achieve a drag coefficient of up to 0.31.

Headlights come with a laser light option, which is said to increase high-beam reach by more than 200 metres compared with standard LED headlights.

Inside, there is more space for all occupants. Tech highlights include a 12.3in digital instrument panel and a similar-sized infotainment screen, both featuring BMW’s new ID7 operating system. 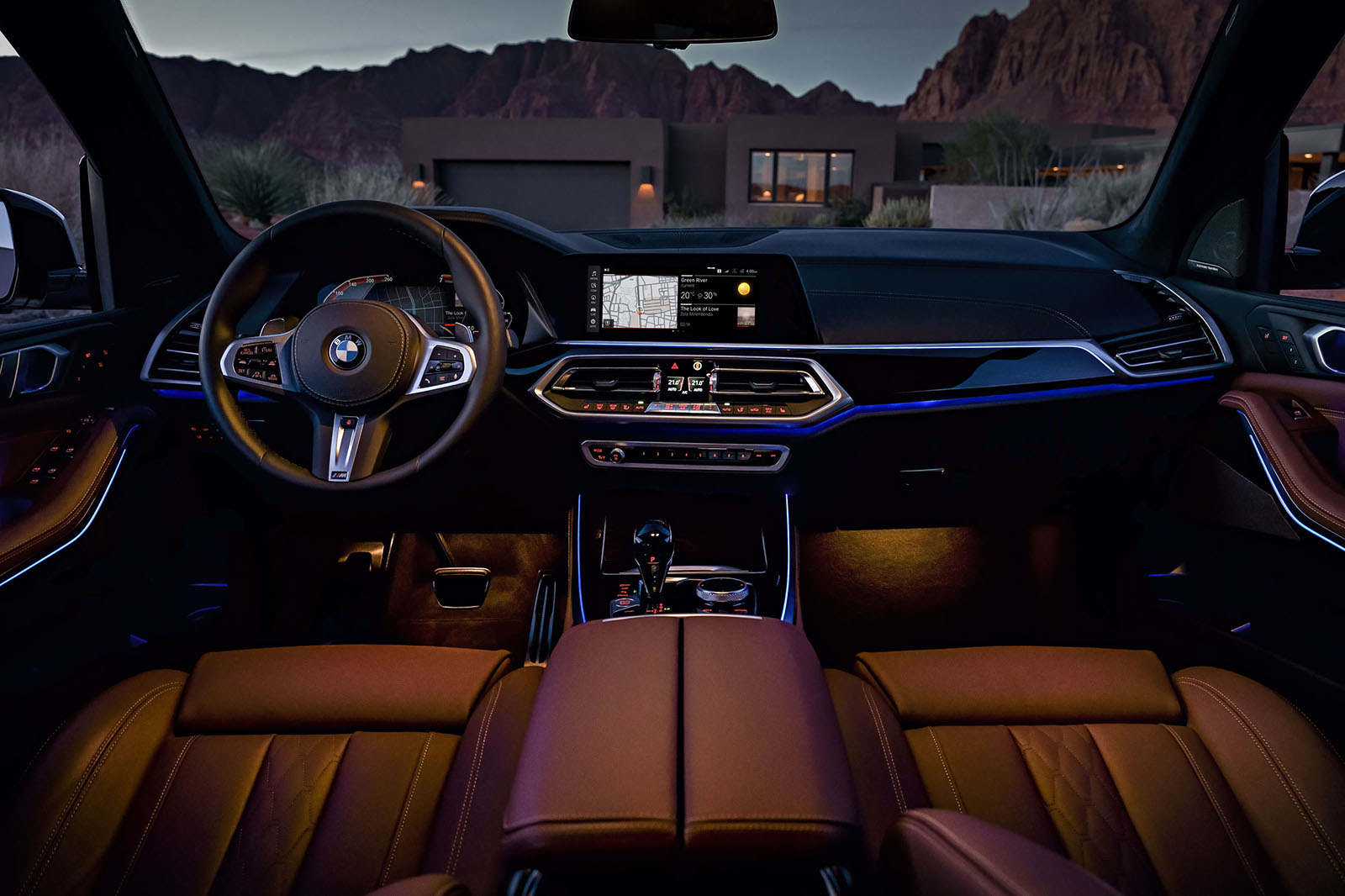 At the rear, an optional third row of seats is said to provide added leg and head room compared with the existing X5.

Other options include a head-up display with a larger screen than the outgoing X5’s, a Bowers & Wilkins sound system, conversational speech recognition control, gesture control and a touch-control rear seat entertainment system.

Bestselling X5 will be 261bhp diesel

The petrol engines is BMW’s familiar turbocharged 3.0-litre in-line six-cylinder with 340ps and 500Nm in the xDrive40i. 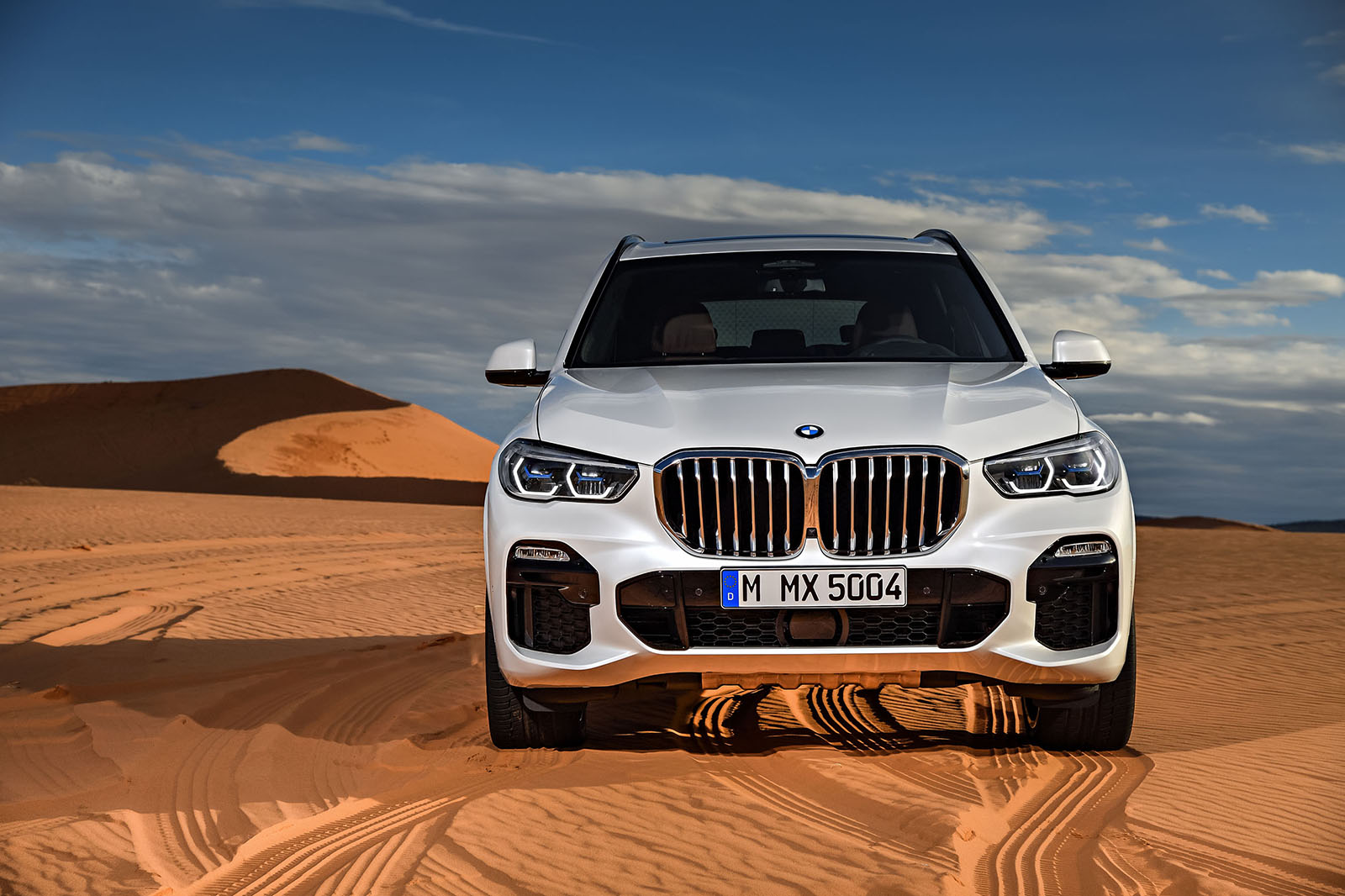 The most popular unit for the UK is expected to be the 3.0-litre six-cylinder diesel-powered xDrive30d, which produces 261bhp and 457lb ft.

Positioned at the top-of-the initial line-up will be the M50d M Performance, whose quad-turbocharged 3.0-litre in-line six-cylinder diesel engine delivers 400ps and 531lb ft of torque.

Additional engines will follow, including a plug-in hybrid that will use a turbocharged 2.0-litre four-cylinder petrol engine in combination with a gearbox-mounted electric motor to deliver a combined 321bhp and 664lb ft as a successor to today’s xDrive40e. 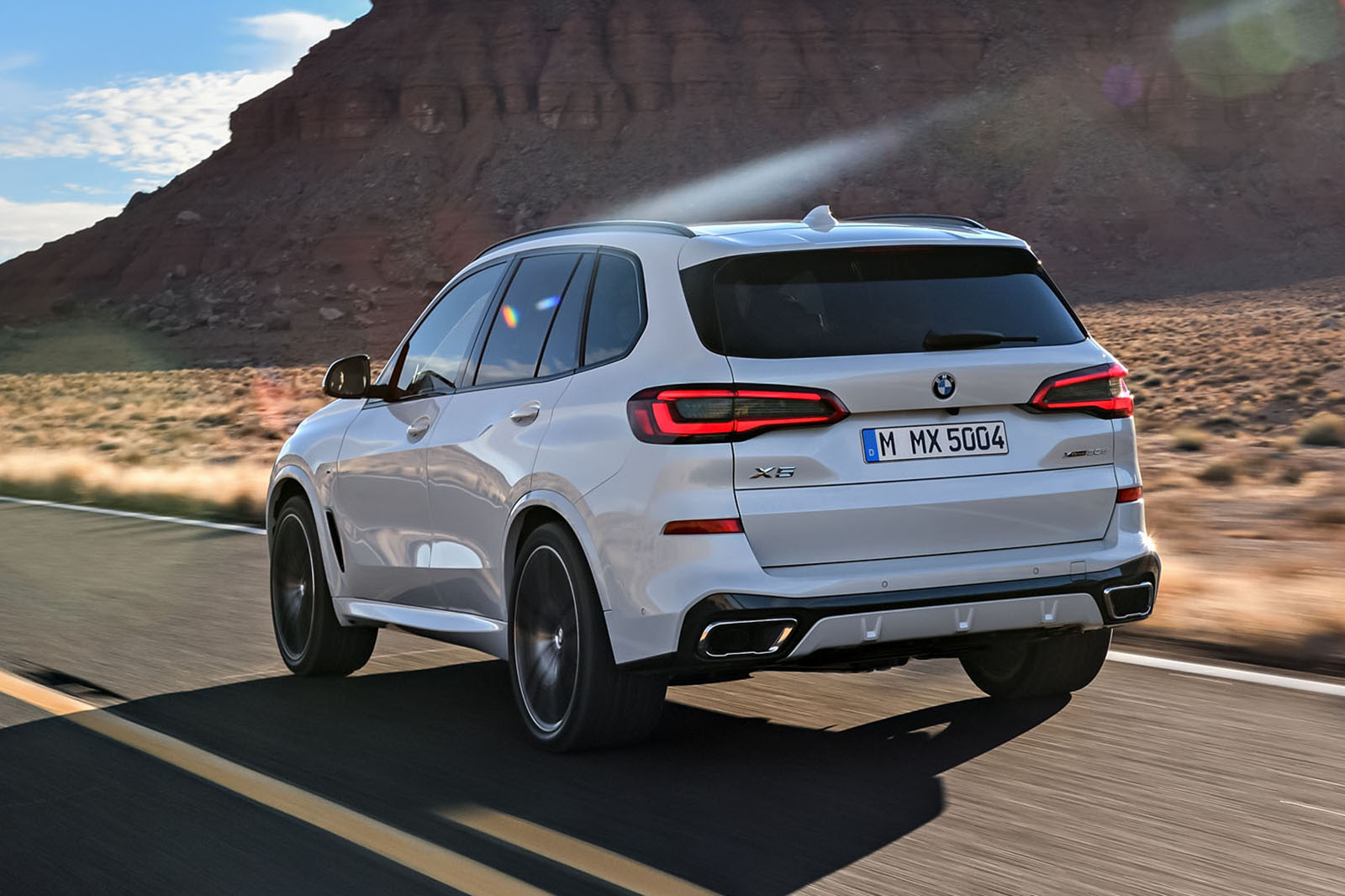 As with the current X5, all models come as standard with an eight-speed torque converter-equipped automatic gearbox and BMW’s xDrive four-wheel drive system.

Like it 10% price rise less and all sexy options would make the most desirable cars as rare as hens teeth or  press cars.

..with decent ineriors but  - Oh boy! - their exterior styling has gone all folded cardboard with vomit sprayed bling.