BACK TO ALL NEWS
Currently reading: Lexus UX concept interior revealed ahead of Paris
UP NEXT
New Porsche Taycan Sport Turismo on sale from £73,560

The interior of the Lexus UX concept has now been shown ahead of the car's debut at the Paris motor show next week.

The car has now been revealed. View pictures of it here.

The concept will showcase the design direction for the car maker’s future models, including a new compact SUV that'll replace the CT 200h.

The SUV has been designed by Lexus’s European design centre, ED2, and outside it has muscular wheel arches with sharp, angular lines on its five-door body.

The two rear doors curve out with the swollen wheel arches, and it looks as though the door handles are all housed in the car’s middle (shown below). This implies that the back doors are rear-hinged.

At the back, there’s a coupé-like roofline and sharp tail-lights with what appear to be LED internals. The overall body looks smaller than those of the Lexus NX and RX, supporting information from sources that it previews a production car that'll replace the CT 200h. 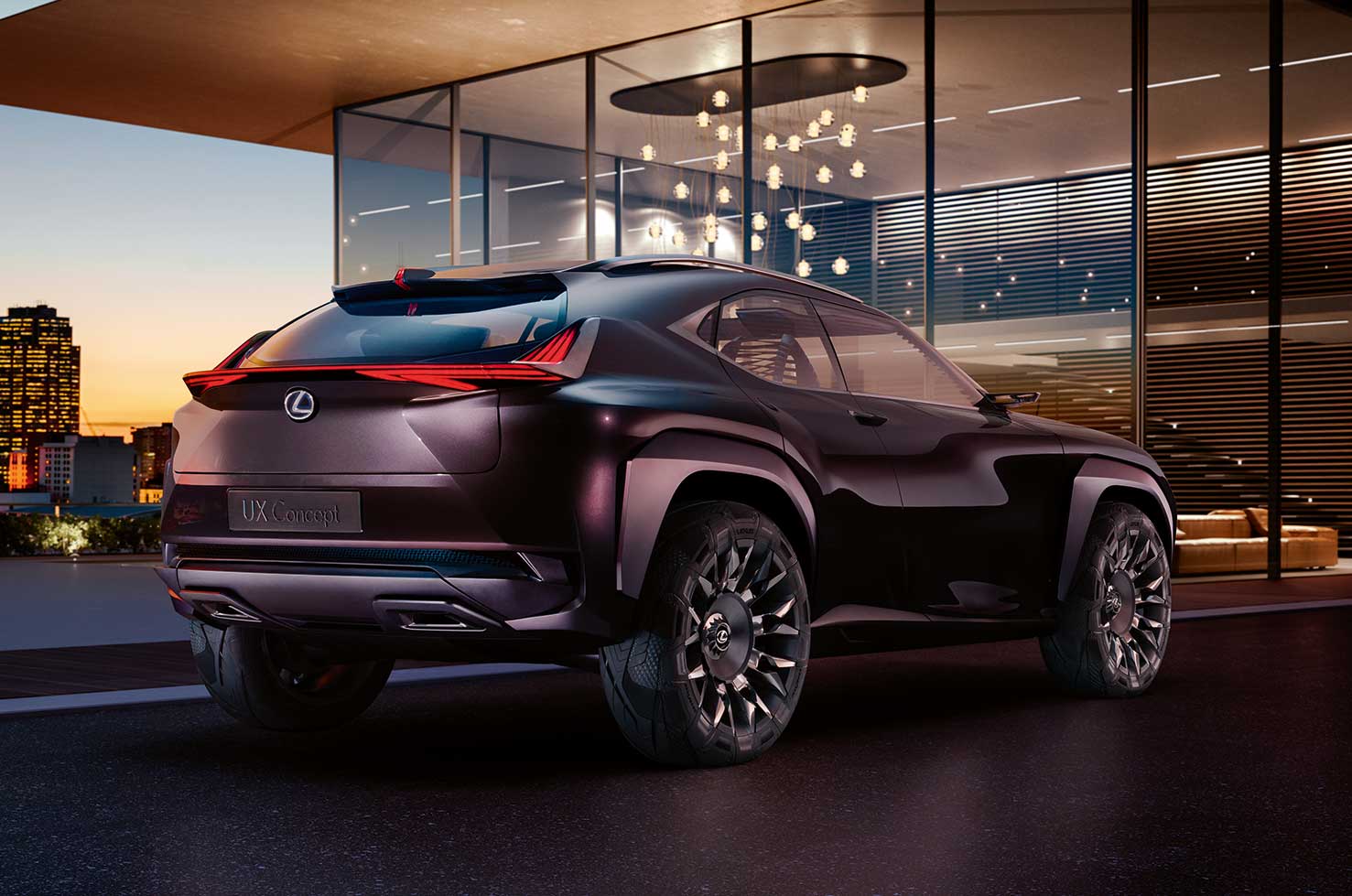 Mounted on the front of the doors are rear-facing cameras. Lexus has said the car features “imaginative technologies for an immersive driver experience”, and that the interior mixes traditional craftsmanship with high-tech manufacturing techniques. The latest image confirms that the concept gets dual-screen infotainment, a wrap-around dash and rear view camera screens.

There also appear to be steering-wheel mounted shift paddles and gear selector buttons on the centre console, suggesting this model features a combustion engine of some sort. A pair of rear tailpipe surrounds add weight to this suggestion, but given recent trends in the motor industry, it seems highly likely the concept will also use some kind of electrified power.

More information will be revealed at the Paris motor show on 29 September.

This looks to be a Lexus based on the platform which has given us the new Prius and the CHR. The CT was based on the previous Prius platform. It appears from this then that we are going to get a Lexus CHR, but not a Lexus Prius.
mpls 8 September 2016

...Give them their due, Lexus have become quite good at producing willfully ugly concepts and production runs

Please, somebody, take their crayons away and stop feeding them sugary drinks!

I think the NX and RX look great and are a refreshing alternative to the dull Germans. And reliability is a given. If only they came with diesel power and a more involving drive.