BACK TO ALL NEWS
Currently reading: The best cars of the 2021 Pebble Beach Concours d’Elegance
UP NEXT
Rodin FZero: V10 weapon aims to be world's fastest car

The best cars of the 2021 Pebble Beach Concours d’Elegance

Back for its 70th year, the Pebble Beach Concours d’Elegance returned with some of the world’s finest cars on show.

Models from past and present were displayed with full capacity crowds at the event in California, US, with several models making their public debuts. Here’s our list of the show’s best cars from Pebble Beach and the wider Monterey Car Week.

The 1160bhp Valkyrie has gained a drop-top variant, presented at the Concours d’Elegance. Aston Martin admits a marginal change in weight but says the Spider will still top out at more than 217mph (or 205mph with the roof off). The hypercar also gains revisions to its carbonfibre tub and aerodynamics, ensuring the Spider closely matches the hardtop’s performance. The Spider is the third derivative of the Valkyrie to be shown, following the near-ready standard coupé and the track-only AMR Pro coupé. 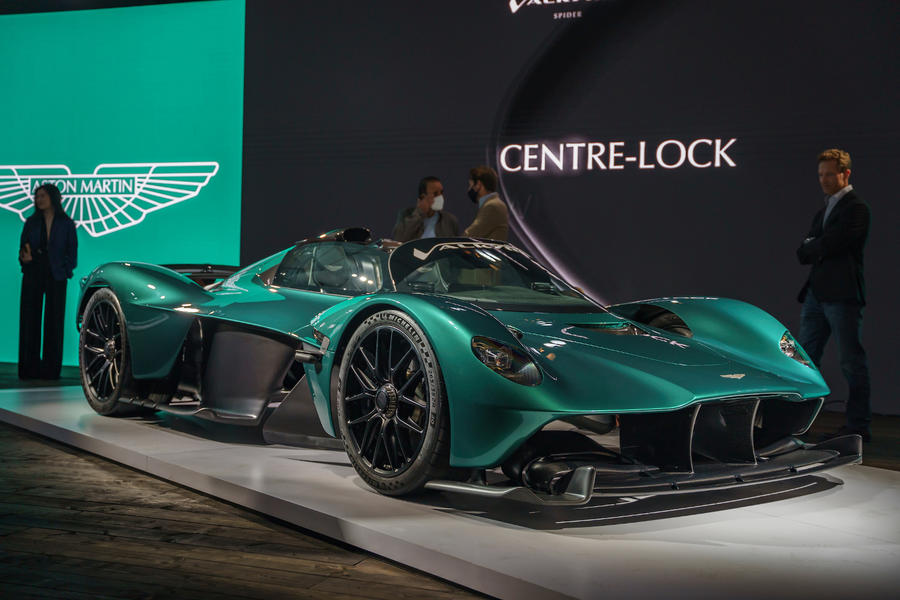 Attendees of the Car Week earned a first glimpse of Audi’s shapeshifting, self-driving Skysphere concept. The electric roadster is the first of three electric concepts that Audi will present over the next few months. A large two-door convertible, it was developed around the principles of Level 4 autonomy, meaning it can drive unaided on roads equipped with the necessary infrastructure. It has a rear-mounted motor that sends 624bhp and 553lb ft or torque to the rear wheels only for a 0-62mph time of 4.0sec. 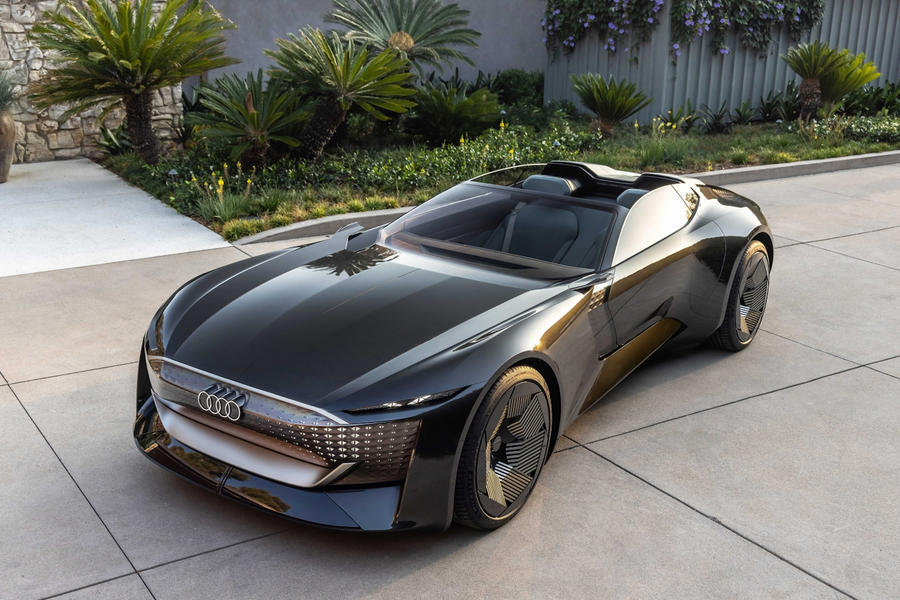 Bentley’s most expensive series-production car yet made its public debut at the show. The Flying Spur Mulliner will be the third member of the Bentley Mulliner Collections line-up offered by the Crewe firm's bespoke coachbuild division, joining top-end versions of the Continental GT coupé and convertible. The V8 model costs from £220,100, while the W12 variant starts at £230,400. In a first for the Mulliner division, the Flying Spur will also be offered with a plug-in hybrid powertrain, although prices for this haven't yet been confirmed. 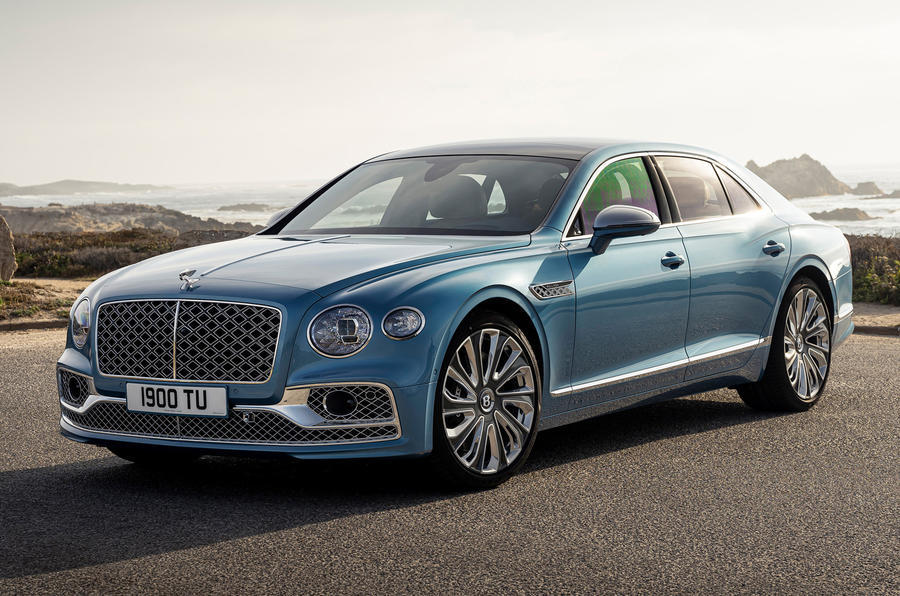 While it didn’t appear in the metal, the Bolide was confirmed to be Bugatti's next production car in an announcement at The Quail. The French firm will produce 40 examples to be sold at €4 million (£3.4m) each, aiming to deliver the 1578bhp hypercar to customers in 2024. The Bolide weighs just 1450kg and makes use of Bugatti's quad-turbocharged 8.0-litre W16 engine, which powers all four wheels. Its dramatic bodywork is shaped, unsurprisingly, with aerodynamics in mind. Bugatti claims 1800kg of downforce on the rear wing and 800kg on the front wing at around 200mph. 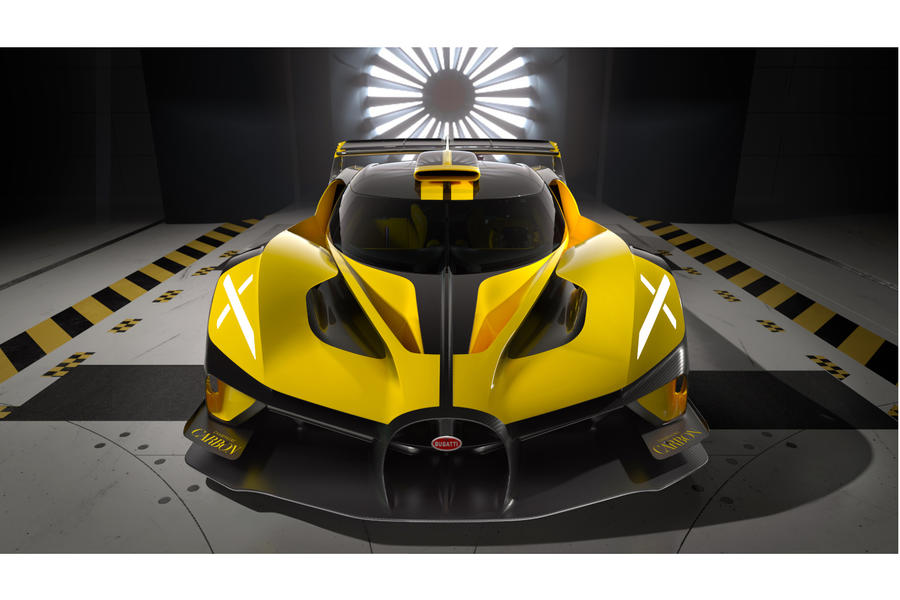 Another limited-run model, the Type S will act as the swan song model for the second-generation Honda NSX. Just 350 examples will be produced, featuring improved suspension and updated exterior styling, including a revised front and a new rear featuring a downforce-generating spoiler. Power has been increased from 573bhp to 592bhp and torque upped by 16lb ft to 492lb ft. The Type S won’t be coming to the UK, but the model starts from $171,495 (£124,000) in the US, where 300 of the 350 cars will be sold. 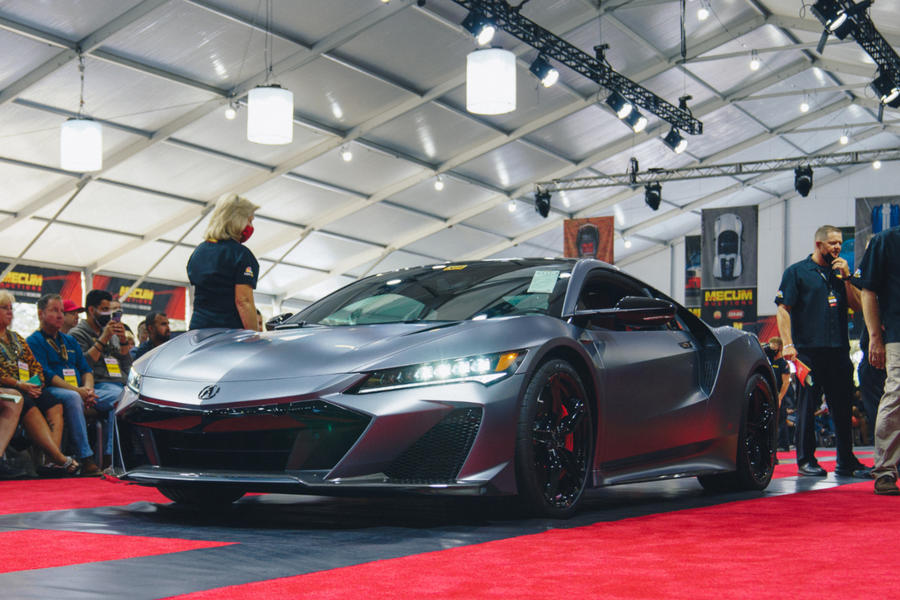 The Ford GT was displayed at the show in a limited-run edition to pay homage to the prototypes that led to the firm’s Le Mans-winning supercar, featuring racing decals and exposed carbonfibre. The car appeared alongside the last remaining 1964 Ford GT/105 prototype, of which five were originally built. This led to the GT40 that claimed a 1-2-3 sweep at Le Mans in 1966. Prices and production numbers haven't been revealed, but the '64 Prototype Heritage Edition will be made available to order in January next year for approved GT customers. 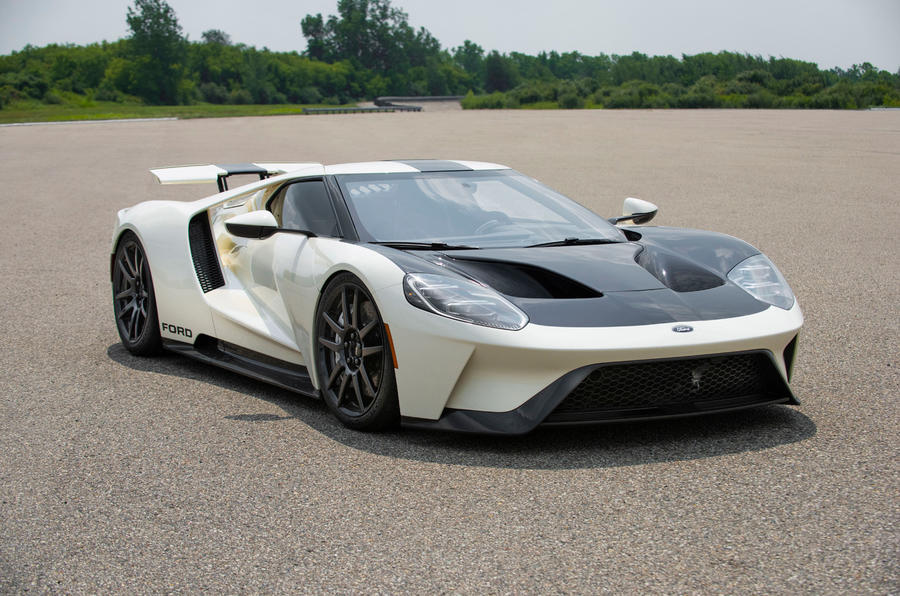 The Lamborghini Countach has returned as a limited-edition, retro-styled hyper-hybrid. Celebrating 50 years since the Countach was first shown in prototype form, it has a design inspired by the iconic 1974 model. Availability will be limited to just 112 examples, priced from €2m (£1.7m) before taxes. The majority have already been snapped up by prospective buyers. Lamborghini says the Countach can travel from 0-62mph in just 2.8sec – 2.0sec quicker than the most powerful version of its 1970s namesake – and on to 124mph in just 8.6sec. Top speed is capped at 221mph. 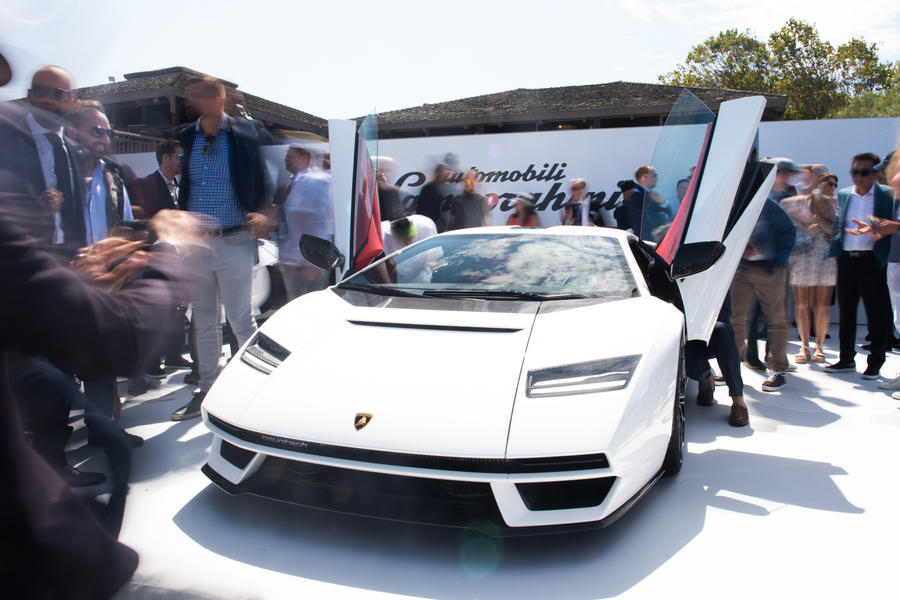 The Lotus Evija was presented in a new livery, this time dedicated to Formula 1 legend Ayrton Senna. The bright-yellow paint with blue accents was inspired by the 1987 Type 99T that Senna drove to victory at the Detroit Grand Prix that year. The 1972bhp Evija is Lotus's first electric car. It appeared alongside the Lotus Emira and Lotus-inspired Radford Type 62-2, taking centre stage at The Quail. 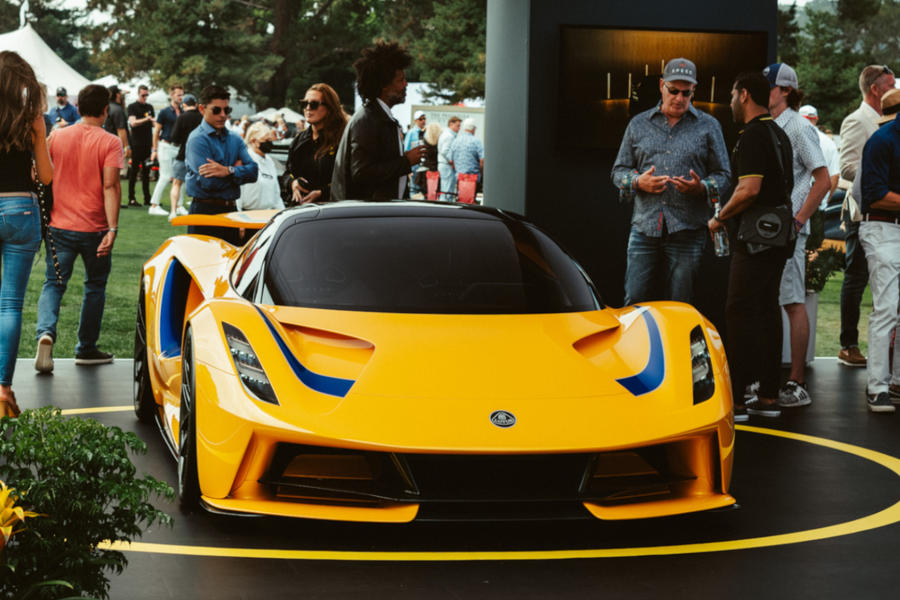 The Type 62-2 is the first car from British coachbuilder Radford. The two-seat coupé is inspired by the 1960s Lotus Type 62 sports car racer and was presented in an exclusive Gold Leaf-inspired livery. The Radford team is fronted by 2009 F1 champion Jenson Button, designer Mark Stubbs and automotive broadcaster Ant Anstead. The Lotus-based car is driven by a Toyota-derived supercharged 3.5-litre V6 with up to 500bhp. Just 62 examples will be made in total. 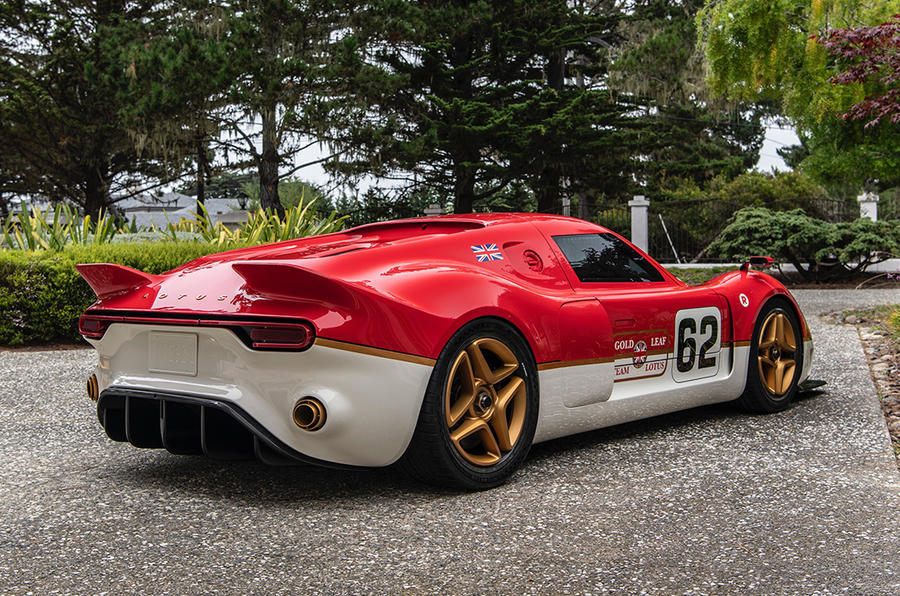 The Pininfarina Battista was finally shown in production specification in California, two years after being announced at the Geneva motor show. The Evija rival has been described as the "the most powerful road-legal Italian car ever built" and is expected to add further competitiveness to the hyper-EV segment, taking 1900bhp and 1696lb ft from a quad-motor Rimac powertrain. The ultra-exclusive Anniversario edition also appeared in public for the first time. Just 150 Battistas will be produced, five of which will be specified in Anniversario trim. 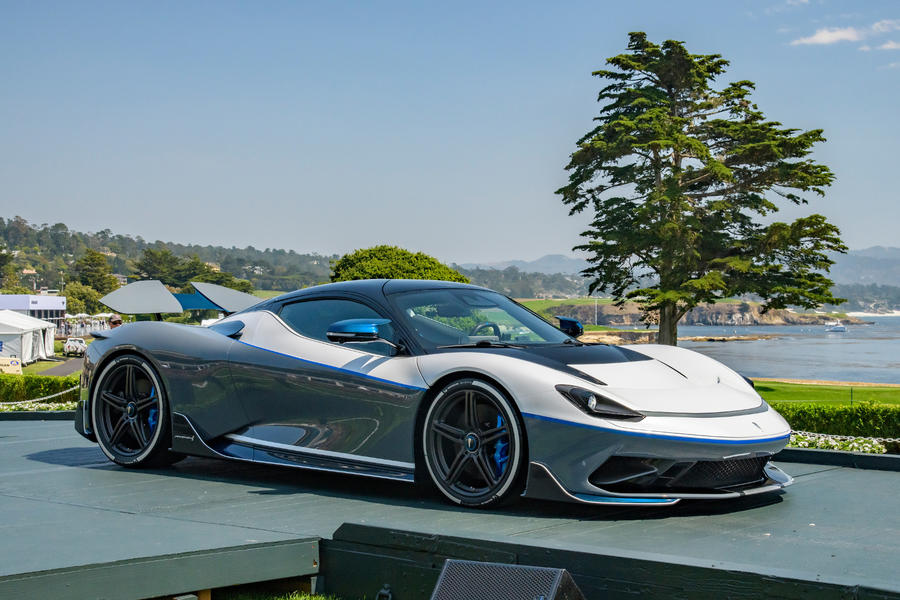 The 1938 Mercedes-Benz 540K Autobahnkurier won the Pebble Beach Concours’ top prize, being named Best of Show. The car, which was originally displayed at the 1934 Berlin Motor Show as a concept, has won several awards at other automotive events, including best-in-show at the Amelia Island Concours d’Elegance in 2019. Driven by a 5.4-litre eight cylinder engine producing 180bhp, it was built to tackle high-speed German motorways. 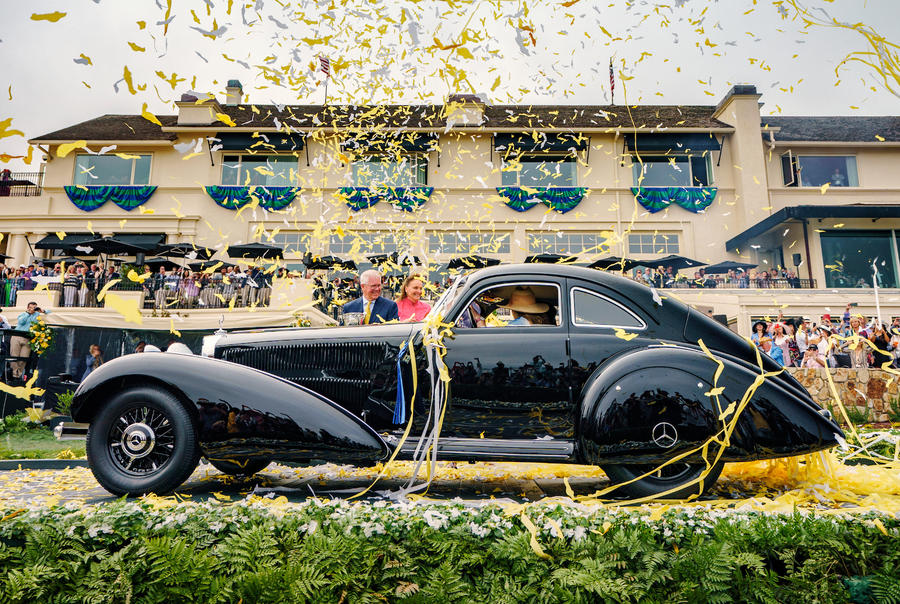 BlahBlah43 16 August 2021
A bit sad when even Pininfarina is getting on the frog face looking front end bandwagon. Really hoping the open mouth frog look goes away quickly