Bentley’s Mulliner coachbuilding division has turned its hand to the Flying Spur saloon which is claimed to "the ultimate in four-door luxury" and will be the firm's most expensive series-priduction model yet.

Revealed at Monterey Car Week in California, the Flying Spur Mulliner will be the third member of the Bentley Mulliner Collections line-up that is offered by the Crewe firm's bespoke coachbuild division, joining similarly top-end versions of the Continental GT coupé and convertible.

The new machine will be offered with all three Bentley powertrains available for the Flying Spur: the V6 plug-in hybrid, V8 and W12. The PHEV version will be the first Mulliner model to use an electrified powertrain. 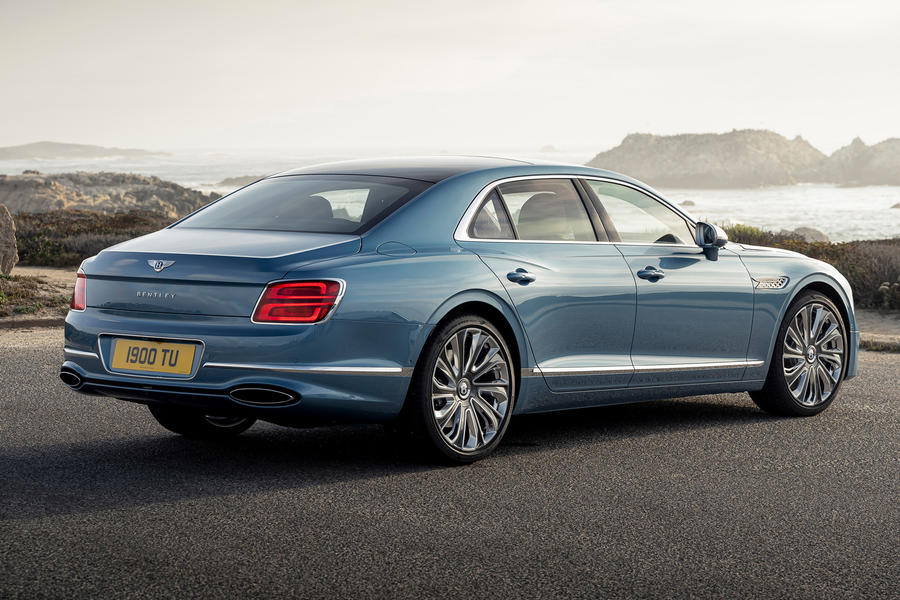 The Flying Spur Mulliner is differentiated from the rest of the range through a subtle makeover and a raft of bespoke features. The exterior features exclusive two-tone 22in wheels with self-levelling centre caps that keep the Bentley logo upright as the wheels rotate and a ‘double diamond’ mesh pattern for the front grille and lower air intakes. There are also silver-capped wing mirrors, an electronically deployed Bentley logo and jewel fuel and petrol caps.

The interior has also been heavily reworked, including Mulliner-braned tread plates and deep-pile mats, embroidered seats,  ‘3D’ leather on the door panels, and electrically folding picnic tables for rear passengers. The interior will be offered in eight custom-designed three-colour combinations. Bentley claims that the 'diamond in diamons' quilting on the interior upholstery took 18 months to develop, with each diamons involving 712 individual stictches.

The centrepiece of the dashboard is a a brushed silver Mulliner clock, which is combined with a digital drive instrument panel featuring a custom Mulliner theme. The model also features Bentley's rotating display, a panoramic sunroof and heated seats. 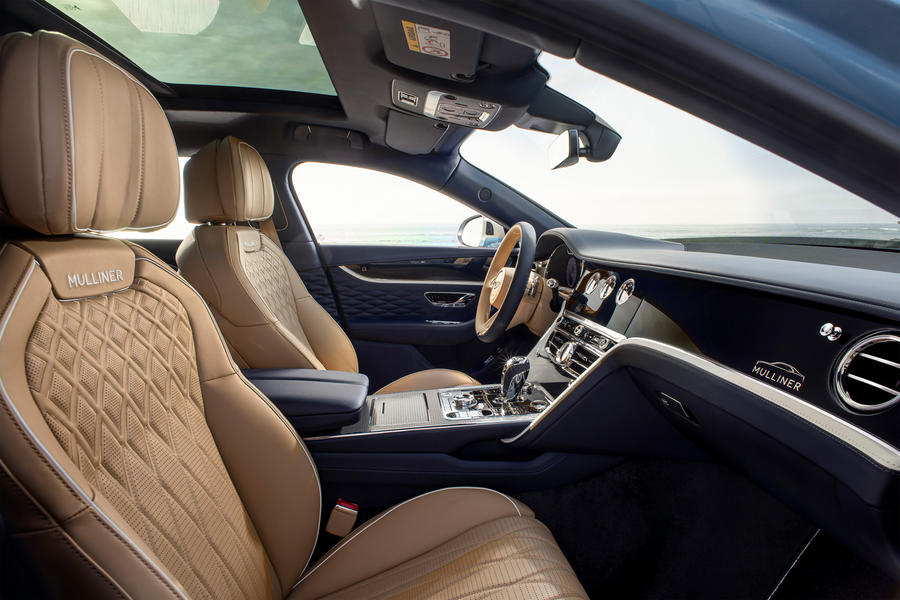 Mulling things over: What next for Bentley coachbuilding division?

Usually the marketing department raises the product higher than it naturally can reach.

This seems to be the opposite. They take these hand crafted, superbly engineered machines and they tag them "pinnacle of the range" as any Ford Vignale would be called. And I can't even talk about the vulgar "most expensive" tag.

The car itself is the absolute opposite of serene power. The power is there but the pile up of shapes and textures is painful to see. And the wheels!

But their business is growing while I have to wait till December to buy a new Peugeot, so I guess tthey are right and I am just nobody :D

Personally, I'm starting to find the excessive consumption of the super-rich rather obscene...

Someone at Autocar HQ needs to learn to use the spell checker...