BACK TO ALL NEWS
Currently reading: Pininfarina Battista: production version of 1900bhp hyper-EV revealed
UP NEXT
Fisker goes radical with Pear EV SUV

More than two years on from its Geneva debut, the Pininfarina Battista has made its production-spec debut in California.

The Battista is described as "the most powerful road-legal Italian car ever built" and will take on the Rimac Nevera and Lotus Evija in the increasingly competitive hyper-EV segment.

As promised, it takes 1900bhp and 1696lb ft from a quad-motor powertrain closely related to that used by its Rimac rival. As such, it offers similarly astounding performance capabilities: 0-62mph in less than 2.0secs and a top speed of 217mph, while its 120kWh battery supplies a range of 311 miles and can be charged at speeds of up to 180kW.

The design, both inside and out, remains unchanged from the production-ready prototype revealed last year, as does the car's dual focus on 'driver-centric' high-speed thrills and long-distance refinement.

As part of Automobili Pininfarina's participation in the celebrated Monterey Car Week festival, the ultra-exclusive Battista Anniversario also appeared in public for the first time. Just 150 Battistas will be produced, five of which will be specified in Anniversario trim. 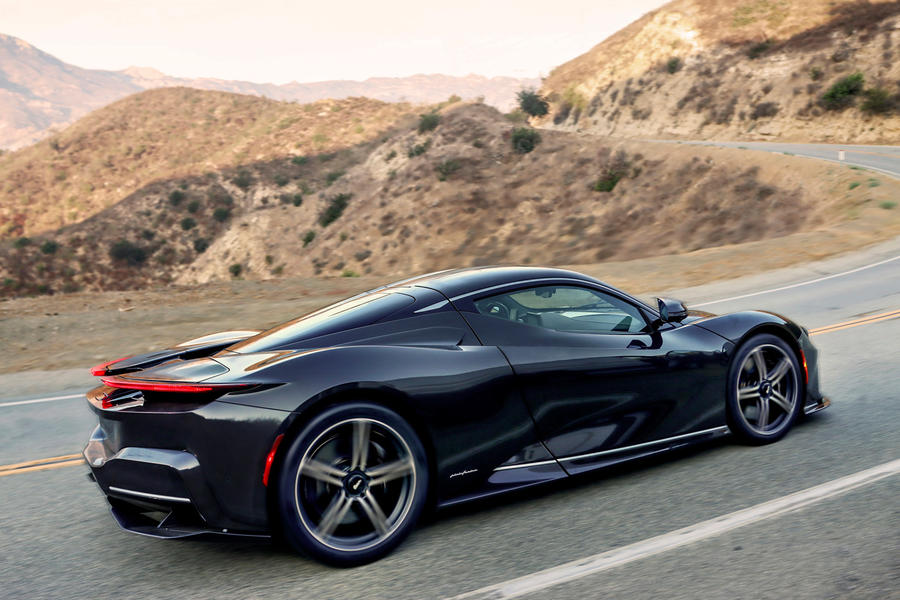 The Anniversario is marked out by way of a bespoke aero-focused 'Furiosa' styling package and two-tone paint scheme to celebrate Pininfarina's 90th anniversary. Just five examples will be produced, each powered by the same 1900bhp, 1696lb ft quad-motor powertrain as the standard car.

He said: "We are excited to showcase the beautiful and sustainable future of luxury to our clients, while celebrating more than 90 years of Pininfarina design heritage during Monterey Car Week. We look forward to our clients in the US experiencing the immense dynamic performance and personalised luxury of Battista for the first time.”

The Battista is one of several mega-output electric hypercars entering production in the coming months. Croatian outfit Rimac's Nevera, which shares elements of its powertrain with the Battista, was revealed in full earlier this year, and the similarly potent Lotus Evija will be fully signed off by the end of 2021.

KDsud 13 August 2021
I thought EVs were about trying to save the planet. Pointless tyre shredding, over-powered, massively expensive toys like these are the antithesis of that however they are powered. The only thing worse than the wealthy idiots who drive them are the wannabes who lust after them. They are the problem not the solution.
jason_recliner 13 August 2021