BACK TO ALL NEWS
Currently reading: 500bhp TVR Griffith to be displayed at London motor show
UP NEXT
UK electric car ownership jumped 53% in 2020

TVR will present its new Griffith sports car at the London motor show (17-20 May at ExCeL) in limited-run Launch Edition form, for which prices start at £90,000.

This will be the car's first public appearance in 2018 and precedes the production of early customer cars, which are due on roads in 2019. Just 500 examples of the Launch Edition are due for production.

The Griffith, a rival to the Porsche 911, was first revealed at the Goodwood Revival last year. It's a two-seater built on an all-new platform that uses Gordon Murray’s iStream architecture. Its striking design takes inspiration from the original TVR Griffith and Tuscan but adopts more advanced aerodynamics to boost performance. David Seesing, a designer for TVR who “works between”  the company and Gordon Murray Design, sees maintaining the relationship with the marque’s history-making older cars as one of his most important priorities.

The iStream structure features inner panels of carbonfibre bonded into a steel frame to provide immense rigidity and impressive crash integrity. The bodywork is also made from carbonfibre, helping to keep the Griffith's weight down to 1250kg. The car is said to have a perfect 50:50 weight distribution.

Under the bonnet is a highly strung version of Ford’s 5.0-litre quad-cam V8 Mustang engine, fettled by Cosworth to produce 500bhp. This has ensured that TVR’s previously announced target for a 400bhp-per-tonne output has been met, and enables a sub-4sec 0-62mph time and top speed of over 200mph. Drive is sent to the rear wheels through a Tremec Magnum XL six-speed manual gearbox. The Griffith is the second front-engined production car to have a flat floor, which TVR claims generates genuine ground effect aerodynamics to improve high-speed stability. The car is 4314mm long, 1850mm wide and 1239mm tall, making it the most compact car in a class. The 911, for example, is 185mm longer, 42mm wider and 55mm taller.

The Griffith has been set up with driving enjoyment as the priority over ultimate lap time, with TVR stating that it uses “intelligent engineering over electronic aids”. The car sits on double wishbone suspension with adjustable coilover dampers at both the front and rear.

Each of the first 500 Launch Edition models can be reserved with a £5000 deposit. These early cars will come painted in bespoke colours and get their own version of the car’s infotainment system. Although prices for the Launch Edition starts at £90,000, the actual figure is expected to vary substantially depending on trim  and equipment. TVR bosses have affirmed their intent to retain the company's “a lot of bang for your buck” mentality, as it did under previous leaders.

The Griffith will be the first car to come from TVR’s current owners, a private millionaires’ consortium fronted by computer-gaming magnate Les Edgar that four years ago mounted a successful  bid to buy the brand from Russian ‘mini oligarch’ Nikolai Smolensky.

Their venture has brought back one of the UK's most famous performance sports car brands, which was born 72 years ago in Blackpool 70 and ceased production in 2006 under Smolensky, who had resisted all attempts at revival until the current owners began a lengthy restoration process in 2013.

The TVR company will get a new-design factory  that is claimed to provide  new levels of compactness and efficiency and be constructed to deliver iStream models. With Welsh government financial help, TVR has put around £30 million into re-equipping an existing 184,000sq ft factory in the Rassau Industrial Estate, Ebbw Vale, close to the site of the proposed Circuit of Wales. 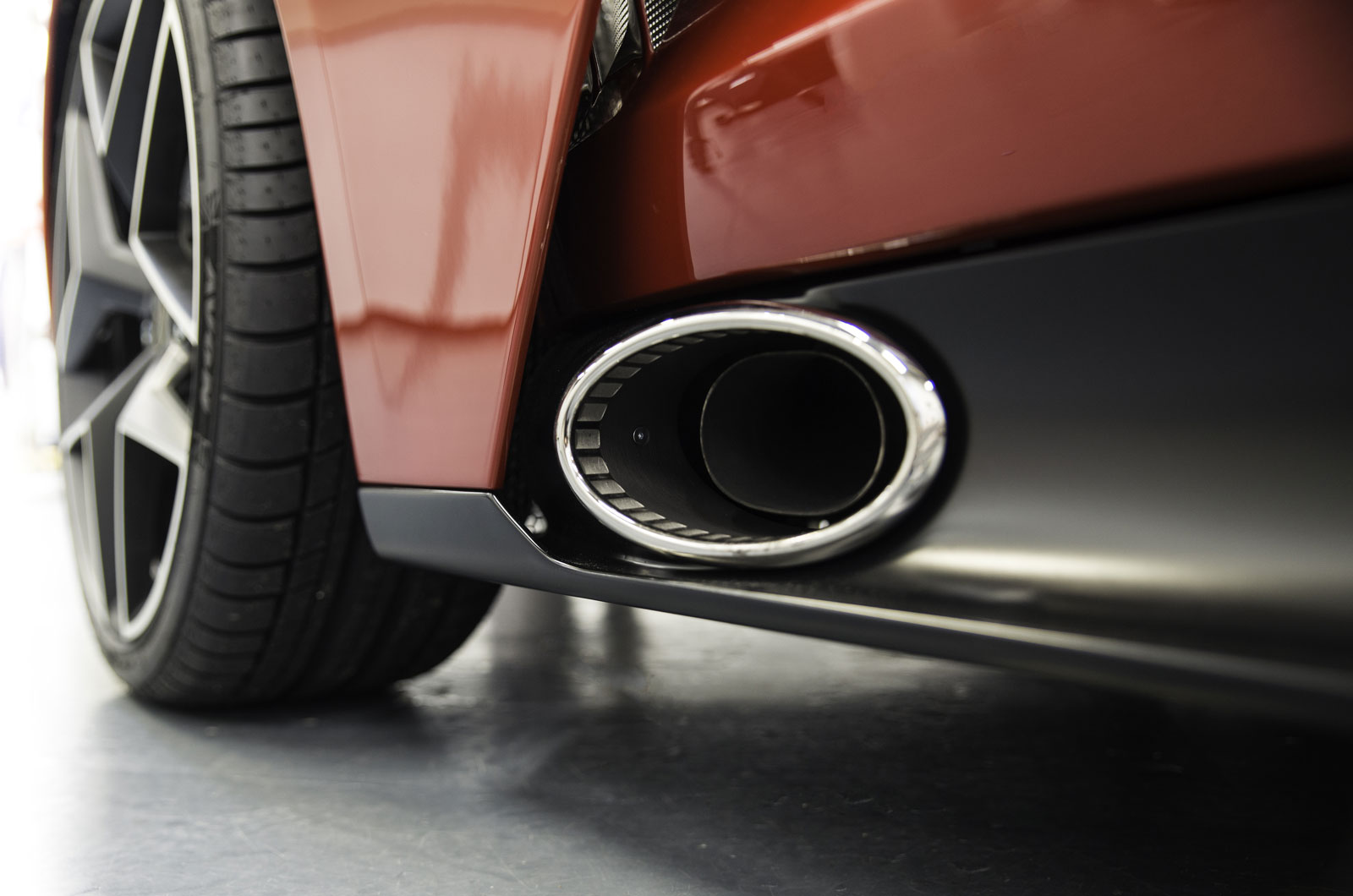 Edgar has told Autocar that his company's plans won’t be affected by the uncertainty that shrouds the Circuit of Wales project. TVR expects to generate up to 150 jobs when its production gets into full swing.

Edgar said TVR is on track to take possession of the factory in the second quarter of this year. The company hasn't offered a precise timetable beyond that, but one convincing scenario is that factory preparation will take three to six months, pilot production should start before the end of the year and the first production cars should be on their way to early customers in the first quarter of 2019.

The production aim is to make and sell “the vast majority” of the 500 launch edition cars in 2019, after which annual production will grow to around 1000 cars.

The debut of a second model, probably a convertible, and subsequent higher-performance, lightweight models, reveal a potential annual production of around 2000 to 2200 cars “by about year five”. That number neatly matches current European Small Series type approval regulations for a two-car line-up. 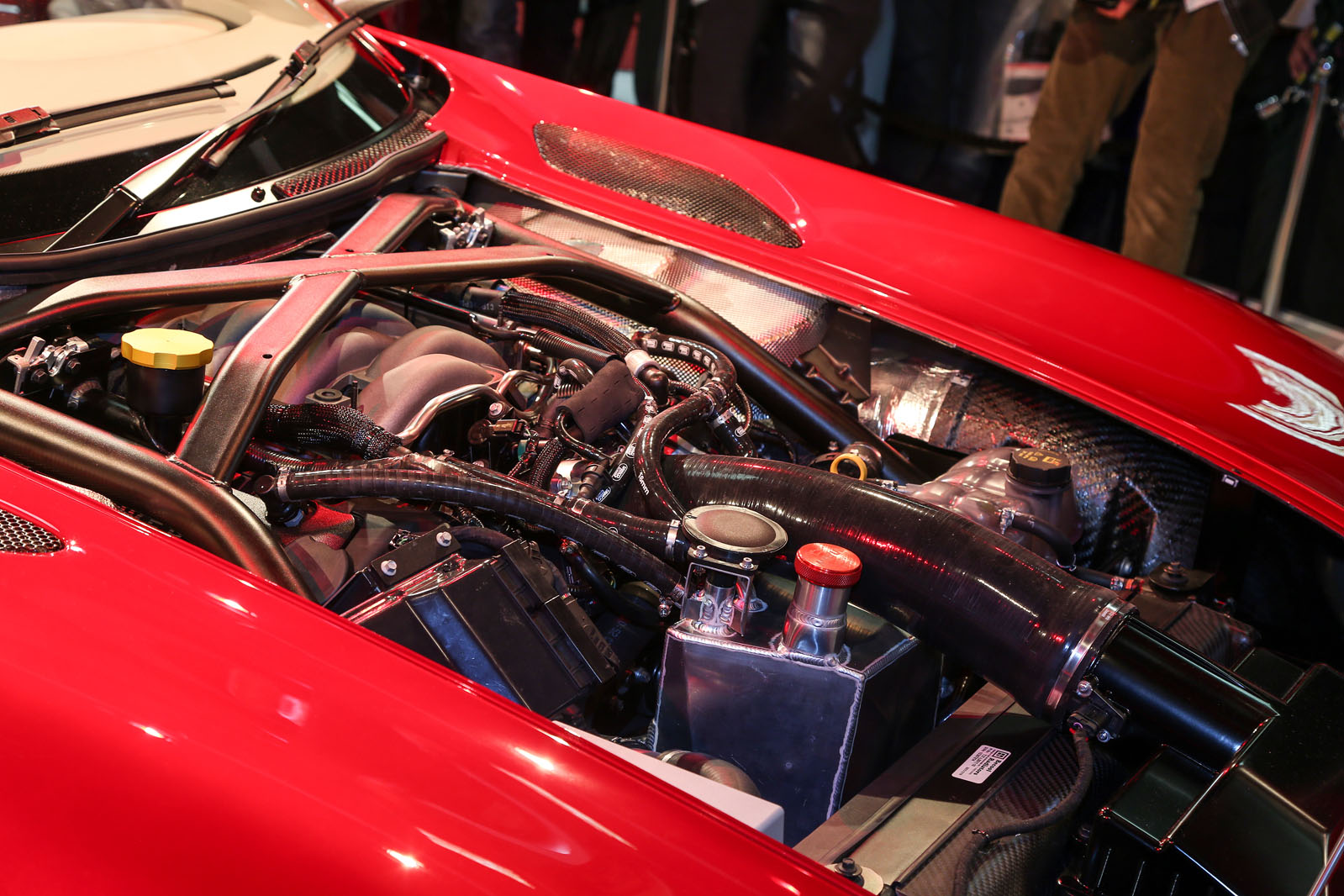 TVR will concentrate at first on selling in the UK market, doing new-car business from its Ebbw Vale factory in the early years, although it aims also to involve “heritage service centres” (i.e. existing independent TVR specialists) in its new-car business. It's already signing up European distributors, too, but US sales aren’t in the frame for the foreseeable future.

At first, the priority will be  to keep faith with the original 'TVR 500', whose money  the company will have been holding for well over two  years by the time the first cars are delivered. Last year, Edgar  and colleagues moved to keep the group involved by staging  a series of weekend ”meet the team” meetings, during which a full-sized Griffith model was displayed and new detail was revealed.

“We lost about half a dozen people from those events,” said Edgar, “but we gained 18 or 20. It was amazing to see first-hand how much they care.”

How the best of British compare

The new TVR, with its front/mid-mounted, normally aspirated V8, could hardly be more different from another recently arrived British GT, the mid-engined turbocharged McLaren 570S,  yet the two promise very similar performance - a power-to-weight ratio of around 400bhp per tonne and a resulting, impressive 0-100mph time of about 6.4sec. The TVR is taller but narrower and impressively light, one of the virtues of its iStream construction. Here’s how the two cars compare. How the new TVR broke cover

Autocar was first, on 12 June 2013, to break the story that TVR’s old-established name and marque values had been rescued by a group of millionaire enthusiasts who had bought the company’s name and remaining assets from its former owner, Smolenski.

First details of the car the partners would build emerged from a secret Autocar briefing a fortnight later and resulted in a 26 June cover story that also included the first interview with the new company’s boss, Edgar.

By April 2014, we were talking about a new R&D centre in southern England, but the real meat of the tale emerged on 3 June 2015, when we revealed the new TVR would be shaped and engineered at Gordon Murray Design (GMD) and powered by a Cosworth-modified Ford Mustang V8.

After that, details  came to light slowly. By July 2015, we knew the company had started taking deposits for its first 500 cars. By 7 October, we had visited Cosworth  in Northamptonshire to see TVR’s bosses start the first Cosworth-modded Ford V8 on the dyno. By January 2016, we knew the chassis would be made using GMD’s iStream Carbon process. By March 2016, we learned that TVR’s new factory would be in Wales.

The most recent big story was TVR’s series of weekend meetings for prospective buyers at GMD in March last year, where a clay model was shown for the first time. It justified another TVR cover story on 22 March 2017 and contained the first new TVR blueprint.

Insight: Will 'back to basics' still work for TVR?

Read an article in a rival Mag where they got to drive a pre production one and were impressed, but the success depends on getting this Factory up and running, personally from certain angles it looks awkward, a bit of 60’s Vixen some Tasman, no bad thing I suppose but it doesn’t same buy me...

With the Voodoo V8.

It’s nothing vastly different from before!, it’s like an update on a Tagora...