BACK TO ALL NEWS
Currently reading: Gordon Murray to launch low-volume car firm
UP NEXT
Analysis: Why the decline in diesel sales has slowed in 2022

The firm will produce cars that will be released under a new 'Gordon Murray' brand, starting with what it calls a flagship model. That model will “buck the current trend for ever-more complicated and heavy vehicles”, according to the company, and draw on the “design and engineering principles of the McLaren F1”.

Murray, whose first iStream design was the tiny, three-seat T25 city car, has long made the case for lightness, small size and efficiency manufacturing as a means of cutting motoring costs and congestion while maintaining the driving freedom we enjoy today. He especially loves small sports cars and has used a Smart Roadster as his day-to-day car for the past 14 years because, while not perfect, he believes it comes closest to embracing his core principles.

In 2015, Murray’s design firm engineered and built the Yamaha Sports Ride Concept – a two-seat sports car proposed for European manufacture and sale, although it has not yet progressed to production. Yamaha showed the car with its own body styling and is understood to still be deciding whether to take this or another concept, the T25-sized Motiv city car, forward for production.

Murray (pictured in the 1990s with the F1 below), who started building his own cars in his teens and, within a decade, was designing Formula 1 cars that eventually won more than 50 grands prix, will soon celebrate 50 years in the business by opening a new studio/workshop at Dunsfold, near Guildford. Cars produced by Gordon Murray Automotive are likely to be made there in relatively small numbers and will follow the design and engineering philosophies their creator has espoused throughout his life. 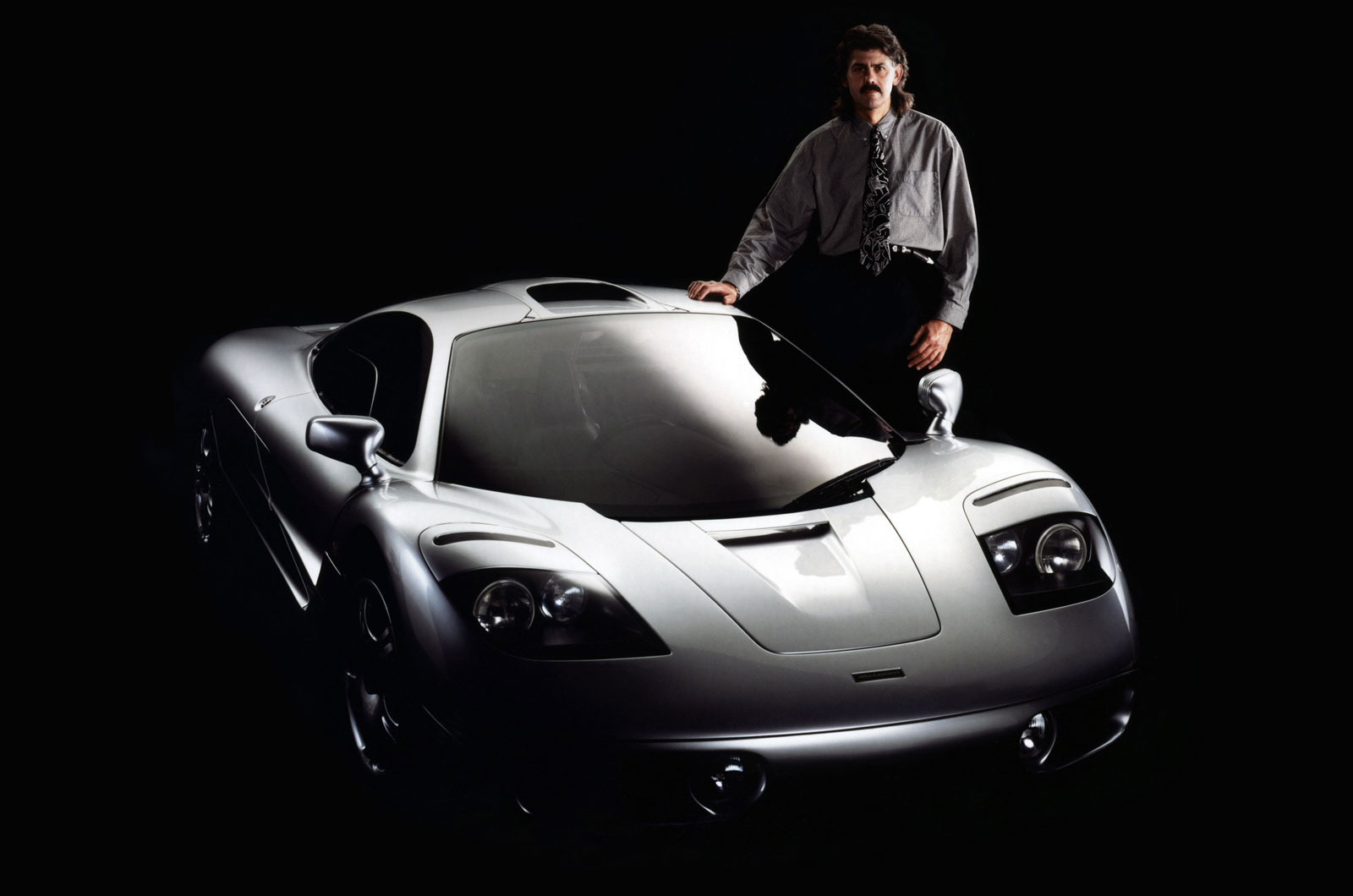 The new car will use the iStream principle, which uses a structure of steel tubes to form the chassis, with ultra-light composite panels bonded in for rigidity. This construction method was first proved in Murray’s T25 and T27 city cars, which have since demonstrated remarkable rigidity in extensive crash testing.

Murray has previously told Autocar that his aim is to use efficient manufacturing to keep the costs of his cars low. He has also previously hinted that his ideal baby supercar would weigh in at less than 900kg, fully equipped and ready for the road, suggesting that his new model’s power-to-weight ratio should exceed 150bhp per tonne, which is comparable with a Lotus Elise.

Gordon Murray Automotive says its engineering and production facilities will also be offered to external clients who want to make cars in low volume. The iStream principle is already used in the TVR Griffith supercar, which is understood to display all of the rigidity and low-weight benefits of previous iStream cars, despite its larger scale. It is due to hit the market around the beginning of 2019.

“The new manufacturing business significantly expands the capabilities of our group,” explains Murray. “With our first new car, we will demonstrate a return to the design and engineering principles that have made the McLaren F1 such an icon.”

The new company’s plans will be explained in more detail at an exhibition called One Formula, starting in Dunsfold on 3 November. It is an invitation-only event featuring many iconic cars from Murray’s career, including the 1978 Brabham BT46B Formula 1 ‘fan car’, 1988 McLaren MP4/4 F1 championship winning racer and 1996 McLaren F1 LM. A comprehensive walk-through exhibition video will be available on the GMD website. The Dunsfold exhibition building will eventually become the home of Gordon Murray Automotive.

Gordon Murray: his success and what it means

No dates, no prices, no nuthin'

..and perhaps in lieu of yet another plug, it would be good to see a proper explanation of what iStream is, and why (if it's as good as they say it is) no-one is anywhere near as interested in it as Autocar seems to be, and what, if anything, differentiates it from superleggera which let's not forget is now more than eighty years old?

Is he legendary for trying to

Is he legendary for trying to get his absurd 'mobility vehicle' to be taken seriously?  I see that, years on, no company will take it on.

Mr Murray is definitely a very accomplished engineer, so i wouldn't go as far as calling this vapourware, but come on... We've been hearing about this ( or some variation of this ) for years now.