BACK TO ALL NEWS
Currently reading: 2017 Porsche Panamera range revealed: six new models added
UP NEXT
2023 Pagani C10 to be revealed on 12 September

The Porsche Panamera range has gained six new models as production of the luxurious five-door liftback is ramped up following the second-generation model's introduction earlier this year.

The new Panamera models are planned to make their public premiere at next week’s Los Angeles motor show, prior to a planned start of UK deliveries in April 2017. 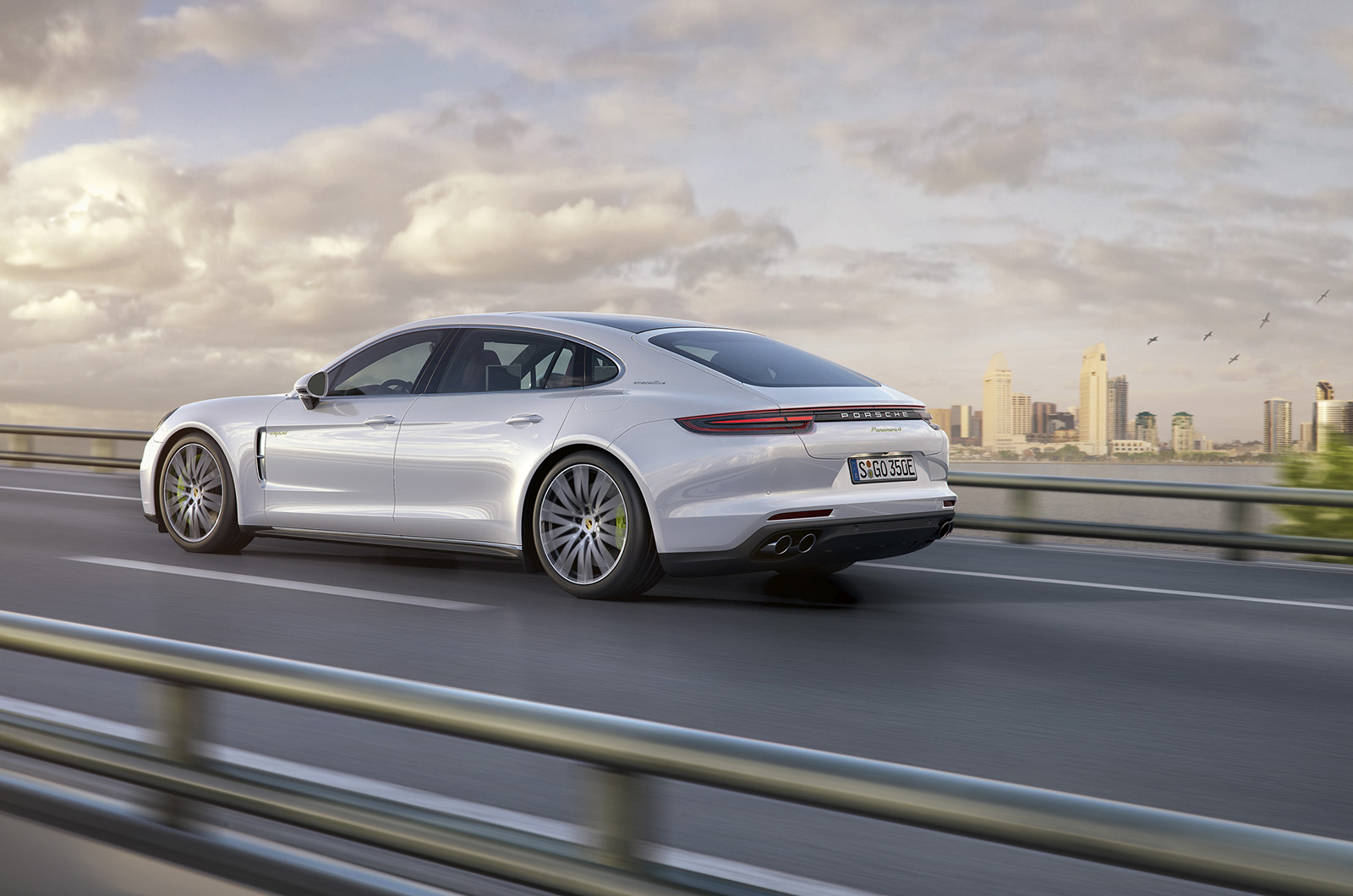 In the standard-wheelbase Panamera models, the new V6, which forms part of a new range of units developed in an engineering joint venture between Porsche and Audi, is claimed to provide fuel savings of up to 3.6mpg over its predecessor, although official consumption figures are yet to be revealed.

The new V6 petrol engine is also offered in the Panamera 4 Executive, which receives a wheelbase 150mm longer than that of the existing Panamera models at 3100mm, in a move that extends its overall length to 5200mm.

Also available is the Panamera 4 E-Hybrid Executive. It runs Porsche’s twin-turbocharged 2.9-litre V6 engine in combination with an electric motor mounted in the front of the standard eight-speed automatic gearbox, producing a combined output of 456bhp. 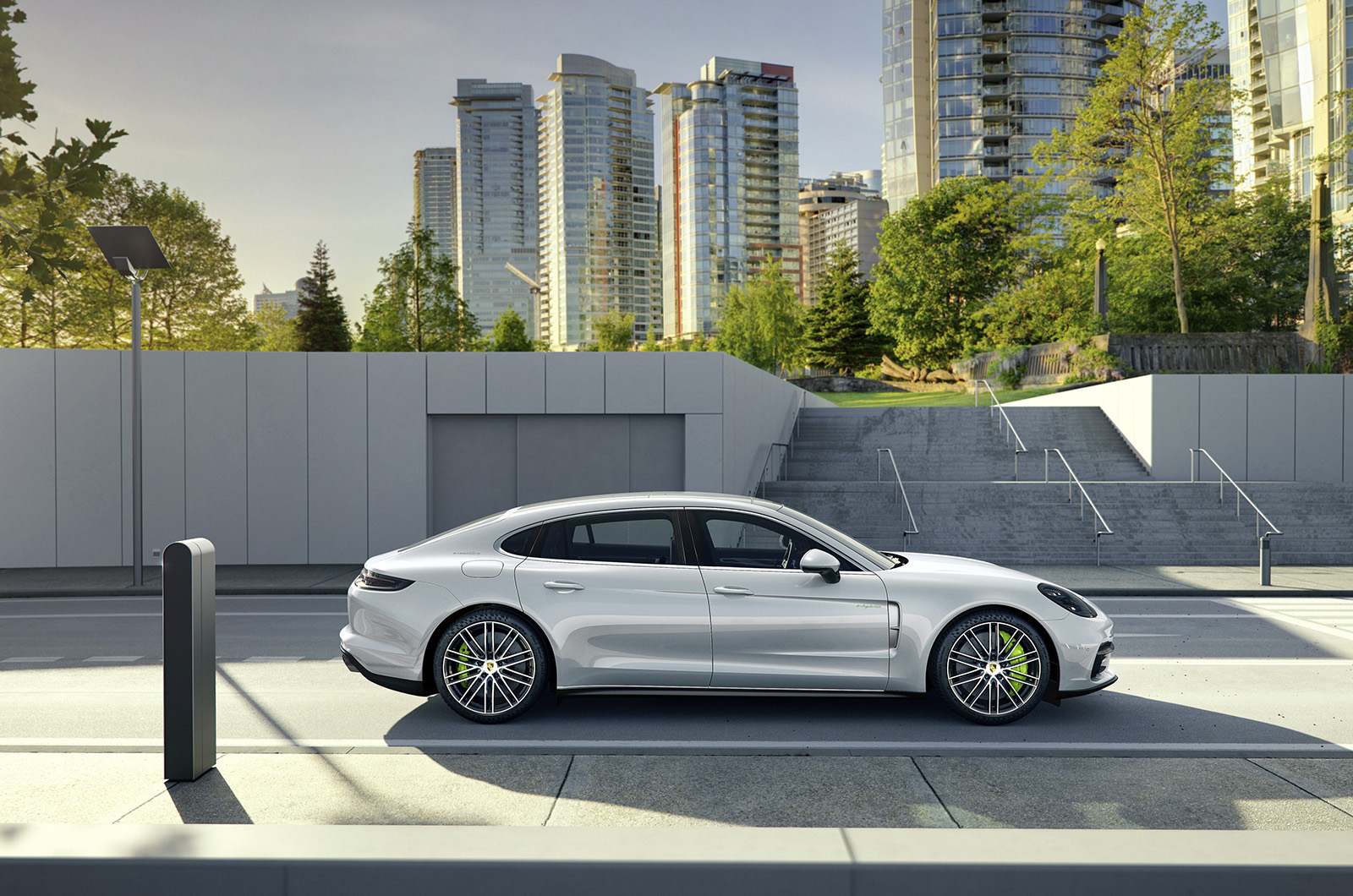 As an option, the new-for-2017 Panamera Executive models are available with a newly developed rear centre console. It can be equipped with two integrated folding tables and an antenna connection for smartphones.

The new centre console is offered alongside the latest generation of Porsche’s rear entertainment system. It includes two removable 10.1in tablet-style monitors set within the backrests of the front seats.

Given the breadth of the expanded Panamera range, the model's rivals span everything from the BMW M6, Mercedes-AMG CLS 63 and even the Aston Martin Rapide S, which costs close to £20k more than the range-topping Porsche.

Why do you need an aircraft

Why do you need an aircraft style tray table? Nobody hand writes anything anymore, it won't hold drinks, your laptop goes on your lap, and you type or dictate. Is it for eating a burger in your car on a rainy day at the races - hardly. No, it's just another stupid gizmo that's useless but your car has it and somebody else's doesn't so you score a point. If I'm a back seat rider, I'll take a used Phantom thank you.
catnip 11 November 2016

The old model just looked SO

The old model just looked SO heavy, not a good look for a sports saloon. This, at least doesn't look quite as bad, but, unlike the Rapide I saw the other day, still not something you'd look back at once you'd parked it up.
Waiting in hope 10 November 2016

Just like it's potential new owner…overweight, ugly and tasteless.
View all comments (8)