BACK TO ALL NEWS
Currently reading: Volkswagen ID R goes fastest in Goodwood timed shootout
UP NEXT
Are disabled people being left behind by electrification?

Fresh from its victory at the Pikes Peak International Hill Climb, the Volkswagen ID R electric racer took the overall win at the Goodwood Festival of Speed timed shootout on Sunday afternoon.

With a winning time of 43.86sec up the Goodwood estate’s 1.1-mile course, the ID R took a new electric car record, too. Romain Dumas, the multiple Le Mans 24 Hours winner who was in the car when it recently broke the Pikes Peak course record, was at the wheel of the 671bhp machine.

Second in the finale to Goodwood’s Sunday afternoon activities was the Nio EP9 (below), a prototype production electric vehicle with a full megawatt of power (1360bhp) from its four electric motors. But weighing almost 800kg more than the ID R, Dumbreck couldn’t match its pace, although it still posted a time of 44.32sec. 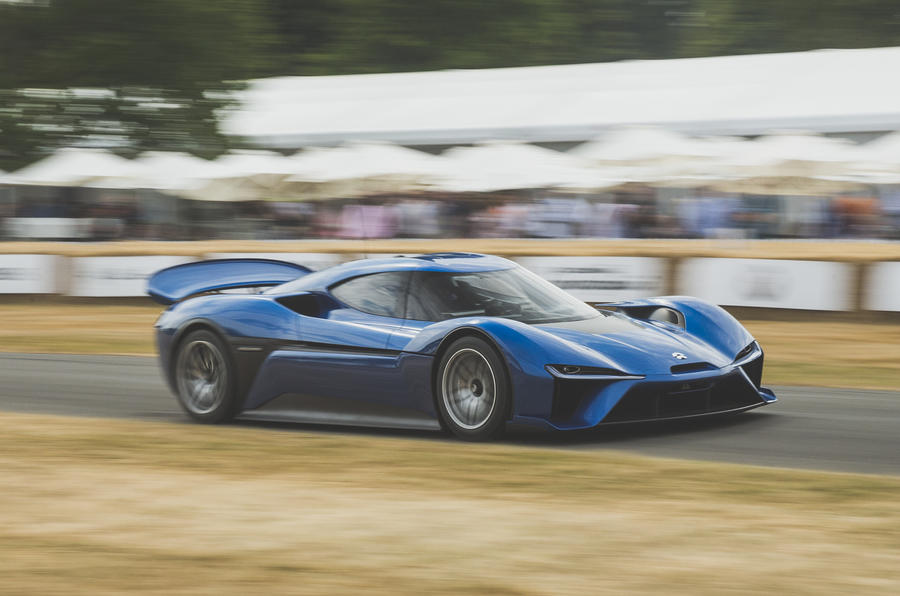 The means the first petrol-powered car in the rankings was the BMW E36 M3 hill climb car of Jörg Weidinger (46.43sec), twice European hill climb champion, with his car powered by a 3.5-litre Judd V8 engine that was originally designed for Le Mans.

Best of the Goodwood Festival of Speed 2018 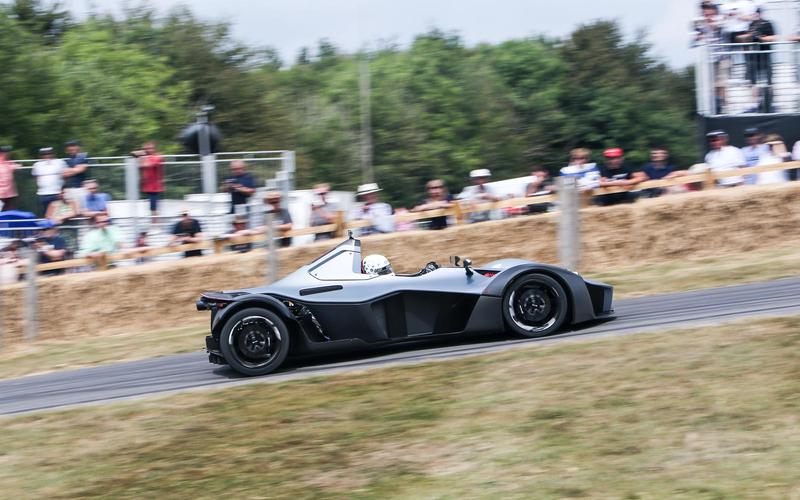 Dumbreck’s entry into the overall shootout meant that it wasn’t eligible for the supercar shooutout on Saturday afternoon, which was won by Anthony Reid in a BAC Mono (49.13sec, above) from Andy Priaulx in a Ford GT (51.63sec) and Darren Turner’s Aston Martin Vulcan AMR (51.66sec).

Porsche declined to chase a time with the 919 Hybrid Evo, which recently set new fastest laps at Spa-Francorchamps and the Nürburgring Nordschleife, but official time sheets show it set a time of 49.86sec on Sunday afternoon, which would put the car inside the top 10 without its driver, Neel Jani, particularly trying.

I wonder if Porsche didn't run the 919 against the clock so as not to rob it's VW stablemate of first. Hopefully it will be back in 2019.

Having just watched the whole shootout on YouTube and seeing some very interesting Cars going up the Hill it was a bit of an anticlimax, everyone knew the Vdub was going to do it, it was a question of by how much, best Cars of the Shootout for me?, that would be the Mini and best of all the Mk1 Jaguar simply awesome.

1360BHP and only slightly

1360BHP and only slightly faster than an ICE only race car?! The VW prototype is a different story, you can see that is a properly engineered machine.
View all comments (4)