BACK TO ALL NEWS
Currently reading: R8 LMS GT2 is Audi’s most powerful customer racer yet
UP NEXT
Entry-level SUVs on the way from Volvo and Polestar

R8 LMS GT2 is Audi’s most powerful customer racer yet

Audi is expanding its customer racing programme to the emerging GT2 class with the R8 LMS GT2.

Based on the R8 Spyder road car, the R8 LMS GT2 receives a fixed hard-top and extreme aerodynamic upgrade package, with a fixed rear wing and a roof-mounted air intake. Combined with a bespoke race exhaust system, it lets the 5.2-litre naturally aspirated V10 engine produce 640bhp, making it the brand’s most powerful customer racer to date.

The car, which made its global debut at the Goodwood Festival of Speed, shares 55% of its internals with the R8 production car, but the body has been significantly enlarged, with an 11cm wider front bumper and expansive bonnet vent, while the race-prepped interior has been reinforced with a roll cage and FIA-approved racing bucket seats. 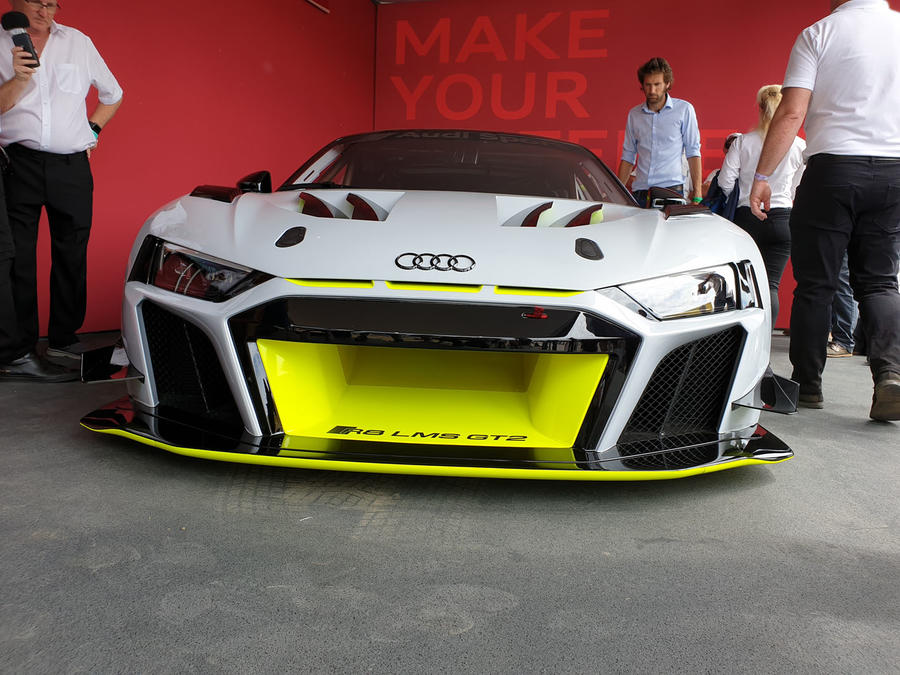 On sale today from €338,000 plus VAT, with customer deliveries expected by the end of the year, the R8 GT2 will initially focus on gentleman racers and track day drivers, before becoming eligible for racing in the new GT2 class in 2020.

GT2 racing is designed to appeal to amateur drivers, with a focus on sprint racing rather than endurance, and without the high levels of downforce currently seen in the GT3 class.

GT2 homologation rules don't require Audi to produce a road-going version, because the LMS is adapted from an existing road car. However, the reveal could still point to a run-out, track-focused version of the R8 as it nears the end of its life. The current R8 Performance produces 562bhp.

A replacement for the R8 is believed to be arriving in 2022, with bosses showing a strong desire to keep the naturally aspirated V10. Audi Sport CEO Oliver Hoffmann said: "We are fighting for the V10, but [for the next generation] it’s more or less a question of internal combustion or electrification, and which kind of engine is useful for it."