Ford has used the Goodwood Festival of Speed to showcase the new Focus ST in estate form, alongside the standard hatch and new Puma.

Like the hatchback, the ST estate will be available in both diesel and petrol forms, with the former starting from £30,595 and the latter from £33,095 - £1100 more than the hatch. It rivals the Skoda Octavia vRS estate and Seat Leon Cupra ST.

Get all the news from the Goodwood Festival of Speed here

The diesel is a 2.0-litre EcoBlue unit with 187bhp and 295lb ft of torque, while the petrol makes use of a new 2.3-litre turbocharged engine putting out 276bhp and 310lb ft. The oil-burner comes exclusively with a six-speed manual gearbox, while buyers of the petrol also have the choice of a seven-speed automatic. 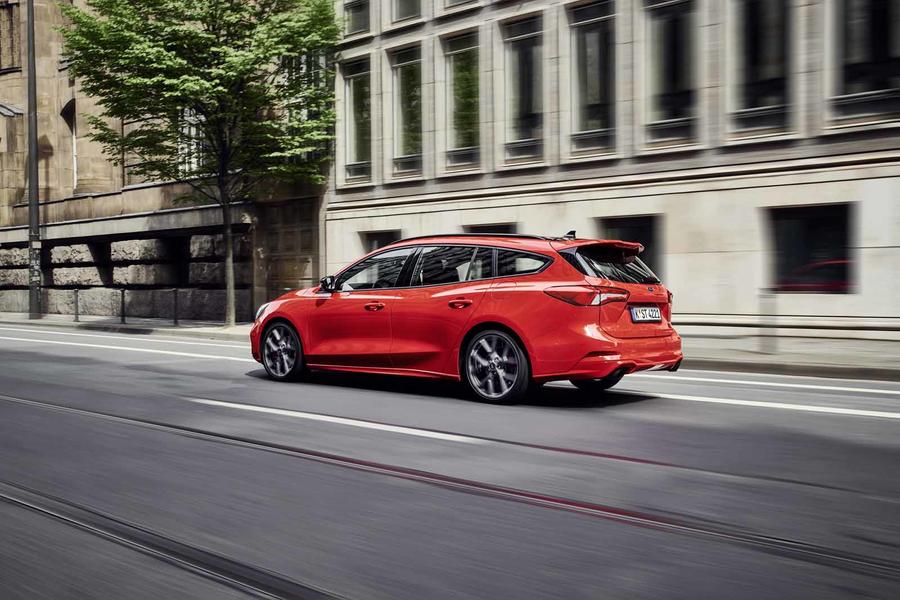 Ford hasn’t revealed performance figures yet, but expect a slight decrease in acceleration times compared with the equivalent Focus ST hatchback. The same applies to fuel economy figures, on account of an expected weight increase of around 30kg.

We also have no indication of the ST estate’s boot space, either, but given the fast Ford doesn’t make use of a four-wheel drive system, expected it to be the same as the 608 litres offered by lesser models.

Ford Focus ST priced from under £30k in the UK

I assume they list the octavia vrs as a competitor because theres no golf gti estate, but the skoda is a much bigger car, surely a leon fr st is a closer fit or if they do one, eventually, a scala vrs estate?