BACK TO ALL NEWS
Currently reading: Ford to unveil new race-spec GT at Goodwood 2019
UP NEXT
New 2022 Polestar 3 officially previewed as launch nears

Ford is poised to reveal a racing-inspired version of its GT supercar at this year’s Goodwood Festival of Speed.

Previewed in a darkened image, the new model looks to retain the aggressive front end of the 647bhp V6-powered road car, but a prominent rear wing hints at radical body modifications elsewhere.

In silhouette form, the car bears a strong resemblance to Ford’s GTE-Pro racer, which finished 23rd, 24th and 25th at this year’s 24 Hours of Le Mans with factory-backed Chip Ganassi Racing. That team’s number 66 car will take on the Goodwood hillclimb at this year’s event. 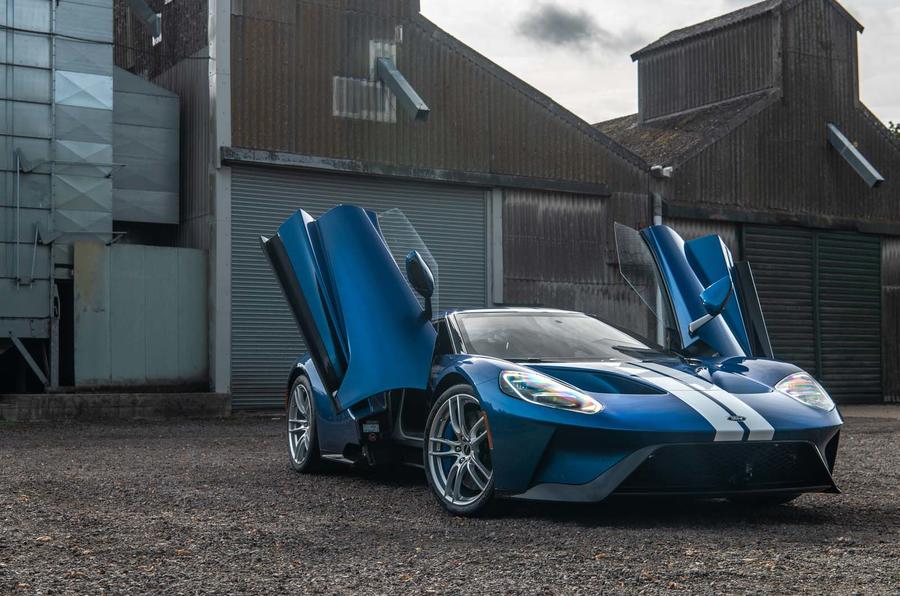 It is likely that the new model will take the form of a road-going reworking of the Le Mans racer, but no official confirmation of this has been made.

Demand for the standard GT, launched in 2017, outstripped supply six-to-one from the order books opening, prompting the manufacturer to extend the model's limited production run from 1000 to 1350 units late last year. A Heritage Edition launched at the same time paid tribute to Ford's success at Le Mans with the original GT40.

It is likely that, as was the case at the launch of the standard model, Ford will prioritise buyers who will regularly drive the car, rather than preserving it as an investment.

The company has offered no further details about the unveiling, saying only that “exciting Ford GT” news will be delivered by Ford Performance boss Hermann Salenbauch.

Larry Holt, chief technical officer of parts supplier Multimatic, will also be present. His company has previously provided engineering input for the Aston Martin V12 Zagato and Vulcan, and builds road- and track-going variants of the Ford GT at its factory in Canada.

Making its UK dynamic debut at Goodwood will be Ford’s new Focus ST, which will tackle the 1.16-mile hillclimb course alongside fellow newcomer the 760bhp Shelby GT500.

What a pity for the lost of

What a pity for the lost of the victory in LM GTE AM.

Although results at Lemans

Although results at Lemans was going down every year...they should keep racing...not quit like this..

What are you talking about?

What are you talking about?
Peter Cavellini 21 June 2019

Stop gap winner till the Hypercars take over....?