BACK TO ALL NEWS
Currently reading: Track-only Ford GT supercar receives 700bhp and handling tweaks
UP NEXT
New 2026 Polestar 6 confirmed as 874bhp evolution of O2 concept

Ford has unveiled a track-only evolution of its Ford GT supercar, with uprated power of 700bhp, aerodynamic enhancements and chassis tweaks.

Developed by Ford Performance and engineering partner Multimatic, the Ford GT MkII is described as “unleashing the next level of Ford GT supercar performance”.

Ford’s chief product development boss Hau Thai-Tang said: “It’s the closest owners can get to the Le Mans-winning performance and exhilarating feeling of crossing the finish line in the Ford GT race car.”

The limited-edition model has been developed for track use outside of competition, meaning it is not bound by any motorsport regulations. 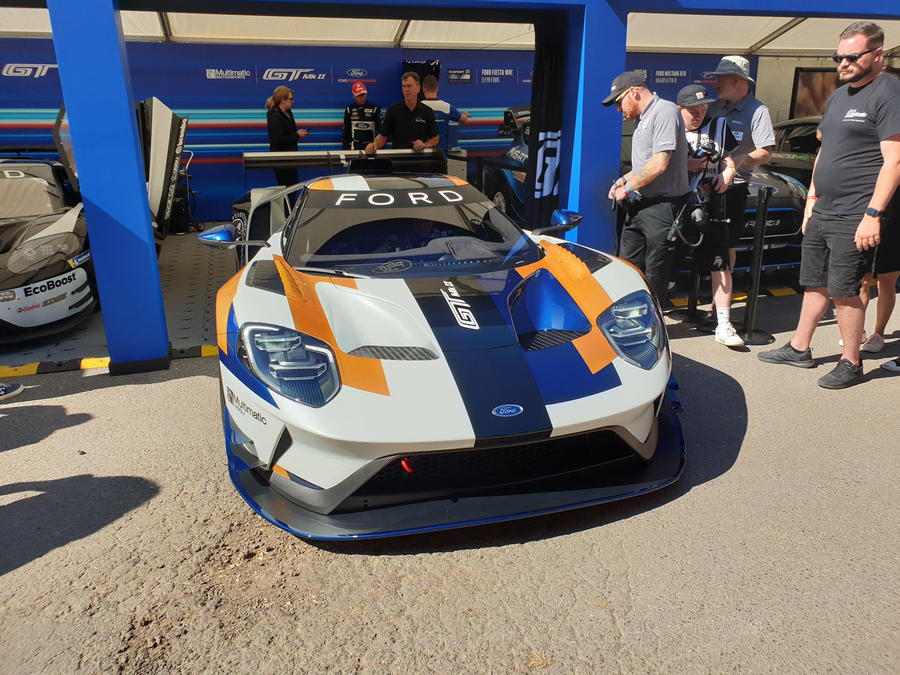 The GT MkII’s 3.5-litre V6 Ecoboost engine has been uprated and now produces 700bhp, up from 647bhp in the road car and 493bhp in the firm’s GTE Pro Le Mans racer.

Aside from changes to the powertrain, the most obvious differences from the standard model come in the form of aerodynamic enhancements and chassis tweaks.

Downforce at the rear is said to be significantly enhanced over the road-going GT, courtesy of a new spoiler and diffuser, and is balanced out at the front with the addition of a prominent lower splitter and dive planes. Overall, the GT MkII generates a claimed 400% more downforce than the standard car.

Underneath, the track car loses the GT’s hydraulically assisted adjustable suspension system, allowing for a weight saving of more than 150kg. In its place, Multimatic has installed its high-performance DSSV (Dynamic Suspensions Spool Valve) dampers all round, which work in conjunction with a lowered and fixed ride height to improve handling and maximise aerodynamic efficiency. 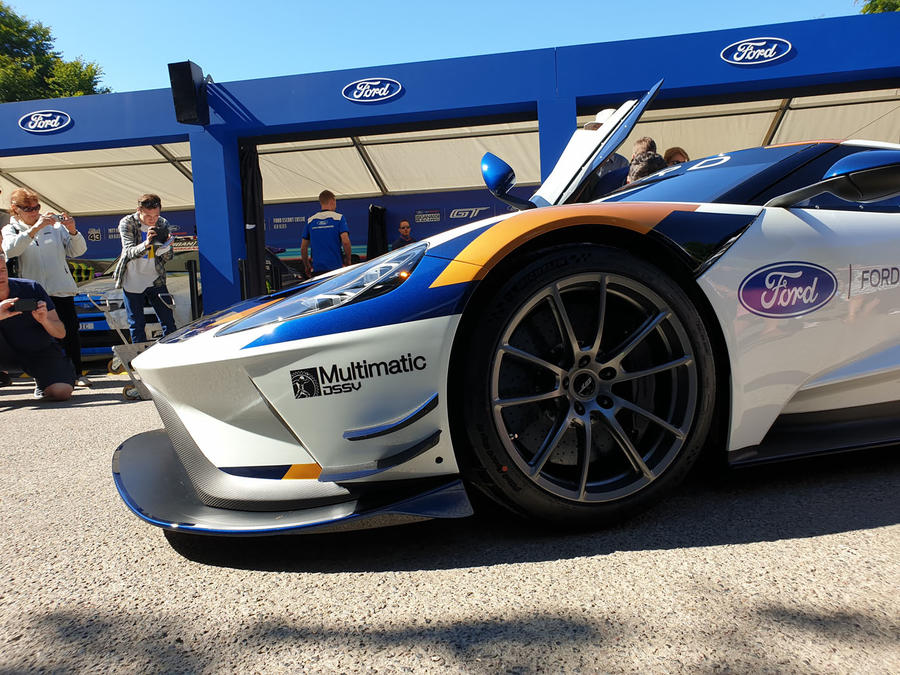 Among the modifications that its makers say are ”based on competitive learnings from Ford’s successful FIA World Endurance Championship”, the GT MkII features a high-capacity air-to-air outboard-mounted charge air cooler. It works by spraying cold water at high pressure onto engine cooling components to ensure consistent power delivery at high temperatures.

A roof-mounted air intake is based on that installed on the GTE Pro, allowing extra cool air to reach auxiliary engine, clutch and transmission coolers.

Inside, the GT MkII receives a Sparco driver’s seat with six-point harness as standard, with the option to upgrade the passenger seat as well. It also features a data-logging system and reversing camera. 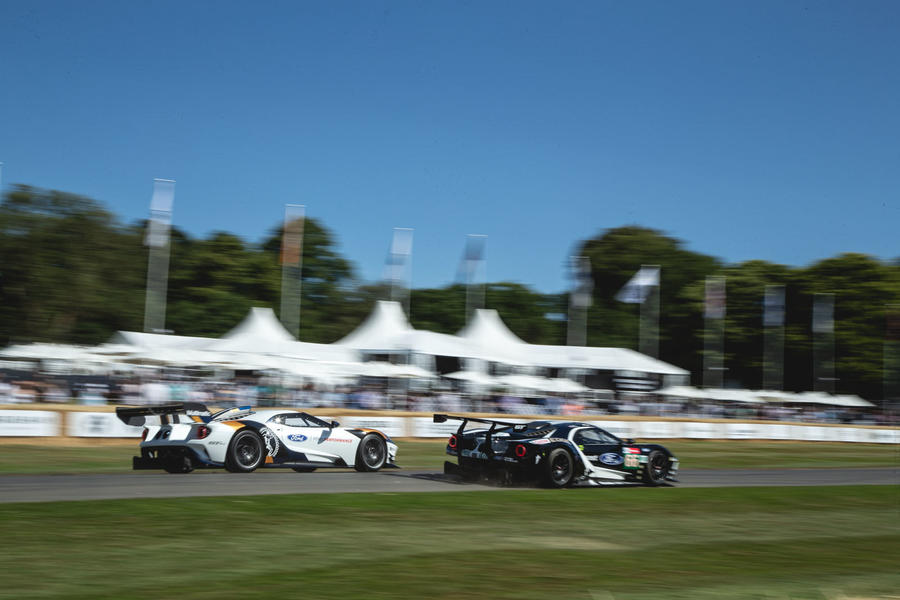 Multimatic chief technical officer Larry Holt said: “The true off-the-hook performance capability of the GT hasn’t yet been fully showcased. The road car is obviously limited by the many global homologation requirements that it must comply with, and the race car suffers from the restriction of the dreaded Balance of Performance, resulting in it being 150 horsepower down on the road car.

“The MkII answers the regularly asked question of how the car perform would with all the limitations lifted. The answer is 'spectacularly'.”

The model is making its public debut running up the hill in the Supercar class at the Goodwood Festival of Speed and will be sold directly to customers by Multimatic.

Ford for the ugliest Supercar, this thing is just all function, scoops, ducts, a Kitchen table rear wing, driver and passenger bump Elbows it’s so tight inside,cars like these are seen at a Track Days not on her Majesty’s highways.

@Peter-You are always making the dumbest comments here but this has to be your all-time dumbest thus far...

Take a breather from these boards and go to your local British Legion, talk someone to buy you a half pint of bitter and talk about the war until you get another mug to buy you another half- Jeez enough, mate.

By the way, the car's a cracker! Well done Ford...