Soft-top 911 shares its engine range with the new coupé and has a roof that can open or close in just 12.0sec
Open gallery
Close

Porsche has revealed the second member of its 992-generation Porsche 911 family: the new 911 Cabriolet.

When equipped with the optional Sport Chrono Package, the Carrera S can crack 0-62mph in 3.7sec and the Carrera 4S in 3.6sec. The Carrera S’s top speed is 190mph, while the four-wheel-drive car can reach a maximum of 189mph. 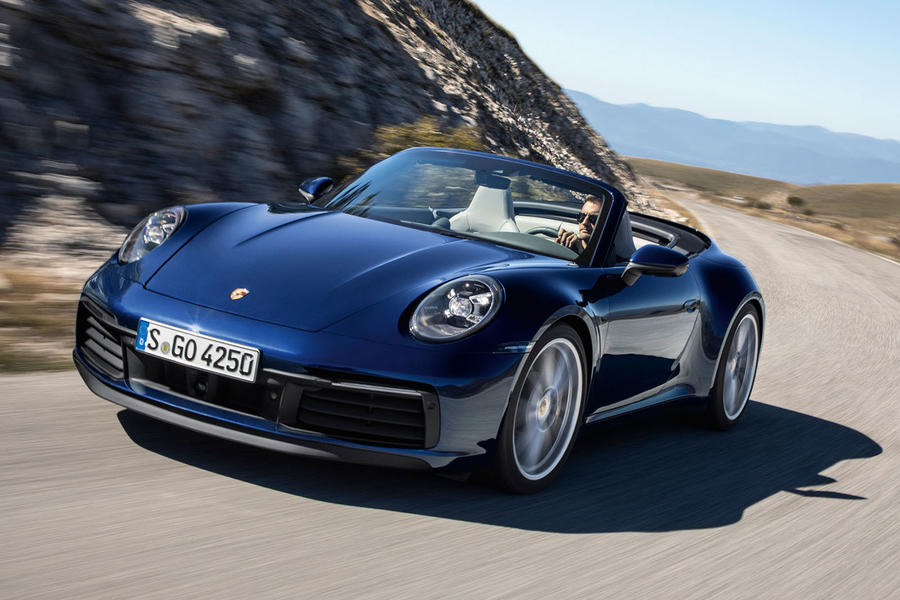 The 911 Cabriolet’s folding soft-top roof is of a new design and can be raised and lowered while the car is moving at speeds of up to 31mph in just 12.0sec, the fastest yet for a 911 Cabriolet.

The roof's design includes an integrated glass rear window and technology that prevents it from ballooning at higher speeds, and an electrically extendable wind deflector can be deployed when the roof is down. 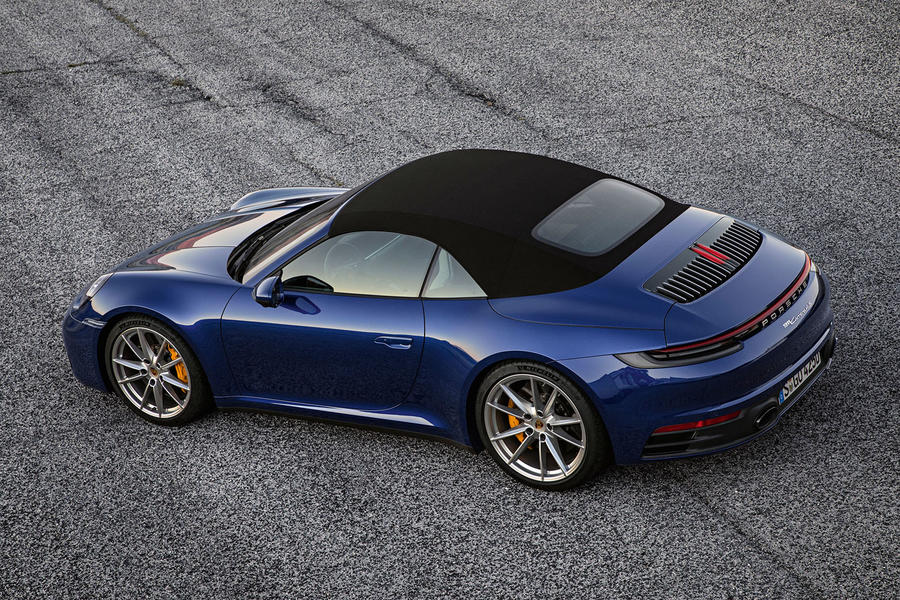 Chassis-wise, Porsche claims that new engine mountings make the 911 Cabriolet stiffer than its predecessor. A first for the model is the option of Porsche’s Active Suspension Management system, which brings with it stiffer, shorter springs, a 10mm-lower ride height and stiffer anti-roll bars.

As with the new 911 coupé, the new 911 Cabriolet is of wide-body design only. Its basic exterior design is also shared with the coupé, save for the changes necessitated by the adoption of its retractable roof.

The interior design, new technology features and options are also shared between coupé and Cabriolet, including the new Wet driving mode that detects when the car is travelling on a wet surface and primes the chassis and its electronic systems accordingly.

Porsche has yet to confirm a UK launch date for the new 911 Cabriolet, but it has confirmed pricing: the Carrera S Cabriolet will cost from £102,755 and the Carrera 4S Cabriolet from £108,063.

Like to add to the fun... yeah really lovely car, just requires the money, Porsche take alot of care with the production of there cars. there concept has been the same for 40 years and it's still offically the best sports car in the world, it retractable roof is just insane

I've never liked 911's, but just like it's fixed roof counterpart, I think Porsche have the design of this latest model spot on. Not sure what's so different about this one because I've always found it hard to tell the various tweaks of the 911's apart - still looks like a 911 - but different.

Just got to find the £120k to buy it and then re-mortgage the house to run it.

If the Bonnet line went any further forward the Bumber as such would maybe cause a worse injury to a Pedestrian?,that’s sometimes why Car look a bit awkward.....