BACK TO ALL NEWS
Currently reading: Kia Cee'd SUV and shooting brake confirmed as part of European push
UP NEXT
2024 Dacia Duster to go hybrid but remain affordable

Kia will mount its biggest charge on Europe next year when it launches a Cee’d crossover to enter the region’s burgeoning compact SUV market.

A higher-set version of Kia’s next-generation Ford Focus and Volkswagen Golf rival, it will slot between the smaller Stonic and larger Sportage, capitalising on a segment that now accounts for more than a quarter of car sales.

Borrowing design cues from its SUV siblings, it will face the likes of the Nissan Qashqai and Seat Ateca and share a range of powertrains with the regular third-generation Cee’d when it is revealed towards the end of 2018. 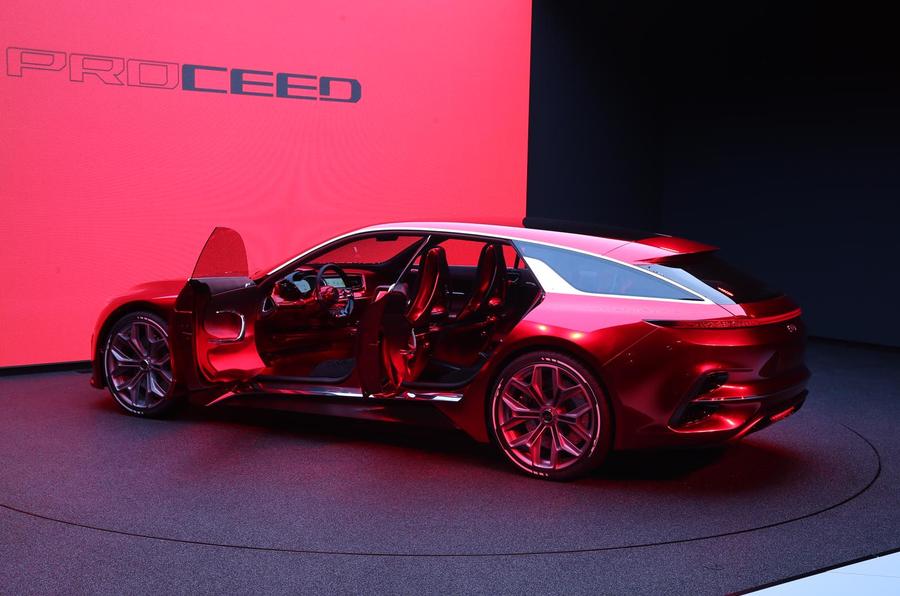 The current Cee’d engine range is bookended by a turbocharged three-cylinder petrol and a 1.6-litre turbocharged diesel. The next-generation car is likely to retain these options, albeit in updated, more efficient forms that conform to the latest Euro 6 emissions regulations.

Along with the Cee’d SUV, the third-generation model range will gain a new line-up-topping shooting brake variant. Previewed by the striking Procee'd concept of the Frankfurt motor show in September (pictured above), this swept-back model has five doors, essentially making it an answer to the Mercedes-Benz CLA.

However, the Korean car will cost significantly less than the Mercedes in order to increase its reach, and will open with the brand’s smallest three-cylinder engine. 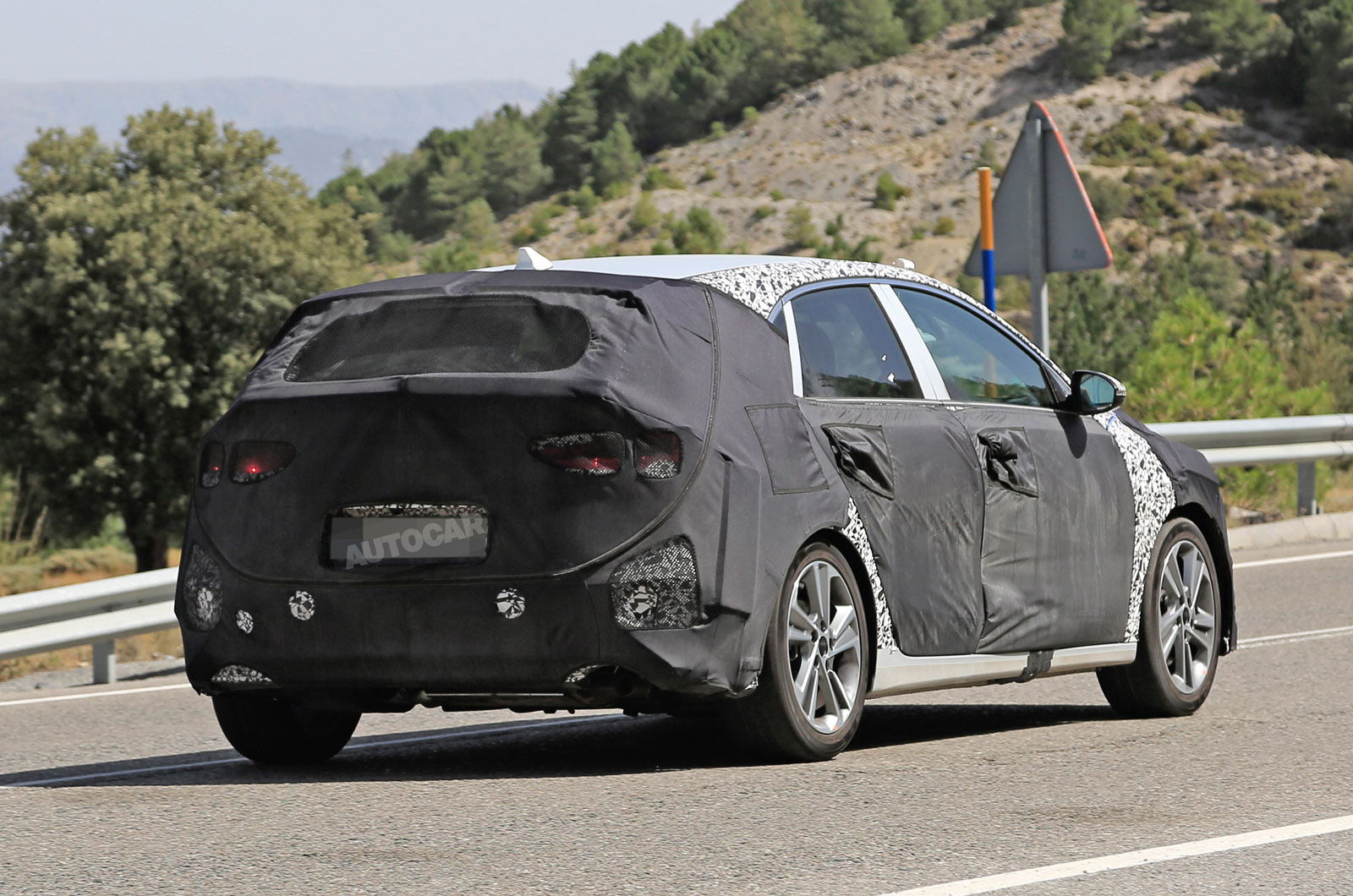 The Cee’d range shake-up will also include changes for the regular hatchback. The car will be launched exclusively with five doors, with the three-door entry-level model ditched in a move that reflects market demand. Kia has also given the car a higher-standard interior, with a spy photo of a test car's cabin (see gallery) showing a simplified centre console design that features a touchscreen.

The other model in the new range will be an estate, or SW (for sportswagon), retained as a bigger-boot version of the Cee’d hatchback that will continue the fight of its predecessor against Focus and Golf estate models. The SW will arrive alongside the hatchback in early 2018, most likely at the Geneva motor show, with the other two variants due before the end of 2018.

A Procee'd GT is also due later, with Hyundai performance boss Albert Biermann previously revealing to Autocar that it and other GT models will be introduced in more markets around the world. However, Biermann said that unlike hot versions of sister brand Hyundai's cars, such as the recently launched i30 N, Kia GT products will retain a road focus and therefore be less hardcore.

Kia’s SUV boost comes as part of a global push that has most recently focused on Europe. The brand added a new halo product called the Stinger this year to enhance its image. Last year, it sold 89,000 cars in Britain, giving it a bigger market share than Citroën, Fiat, Land Rover, Mazda and Mini.

it will slot beneath the smaller Stonic and larger Sportage

Would it not be better slotting between? I would have thought that the Sportage would technically be a C'eed Crossover, unless that is moving up a size

it will slot beneath the smaller Stonic and larger Sportage

Would it not be better slotting between? I would have thought that the Sportage would technically be a C'eed Crossover, unless that is moving up a size

I just copied that quote ready to comment but you already spotted it. Odd.

The current Soul is underpinned by the current Cee'd as is the Sportage. I believe the Sportage is the C-SUV competitor to the Honda CR-V, Ford Kuga, MG GS, Ssangyong Korando, Toyota RAV4, and Nissan Qashqai. Would this "crossover" model compete directly with the Toyota CH-R as a C-CUV? Will there also be a Hyundai equivalent?

Speed it up KIA

Hopefully it won't take KIA as long to get the Cee'd shooting brake into production as the Stinger (Kia Concept GT to Stinger took over 5 years). The only thing I don't like about the concept is the "pre-chewed by dogs" look of the seat covering material. As long as this doesn't make it to production (or at least is a delete option) it could well be my next car.

Keeping my fingers crossed that it will be on sale by March 2019 for you (and me) Bob Cat Brian!

If KIA get the shooting brake

If KIA get the shooting brake on sale by March 2019 and it looks like the concept, it will definitely be my next company car. Stunning vehicle.