Mercedes-Benz has previewed its first electric MPV with the Concept EQV. The machine, revealed at the Geneva motor show, is based on the V-Class, with the same flexible interior space offering up to eight seats.

Produced by the Stuttgart firm's van division, the EQV continues the firm's roll-out of EQ-branded full-electric vehicles. It is due to go on sale by 2021 and Mercedes says it will show a full production version at the Frankfurt motor show later this year.

The EQV features a 100kWh underfloor battery with a 249-mile range, a 201bhp motor driving the front wheels and a 99mph top speed. Mercedes says a rapid charger enables 62 miles of range to be added in 15 minutes. 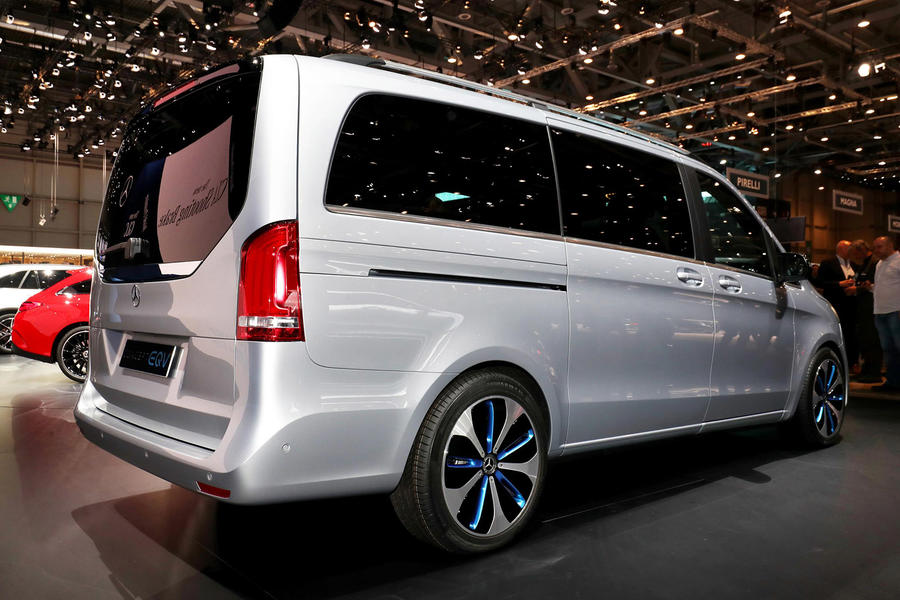 The machine has the same external dimensions as the Mercedes-Benz V-Class and, despite the batteries being positioned under the floor, the same interior space. That means it feature the same flexible seating arrangement, from a luxury six-seat VIP shuttle to a three-row layout with seven or eight seats.

There is also a large central touchscreen, which has voice and gesture control as part of the latest version of the MBUX infotainment system.

The Concept EQV has been given a design makeover, with style points that match the recently launched EQC electric SUV. That includes the EQ family front end lit by LEDs that replaces the traditional engine cooling grille, and a new bumper with large air inlets. The 19in wheels also gain a new design to match other EQ models.

Benjamin Kaehler, the boss of Mercedes-Benz Vans’ electric vehicle division, said the decision to retain the basic styling of the V-Class was largely driven by the popularity of that vehicle among its customer base. “Customers liked the V-Class’s design and interior, so it made sense to keep it the same,” he said. “But we wanted to make sure it reflected the EQ family.” 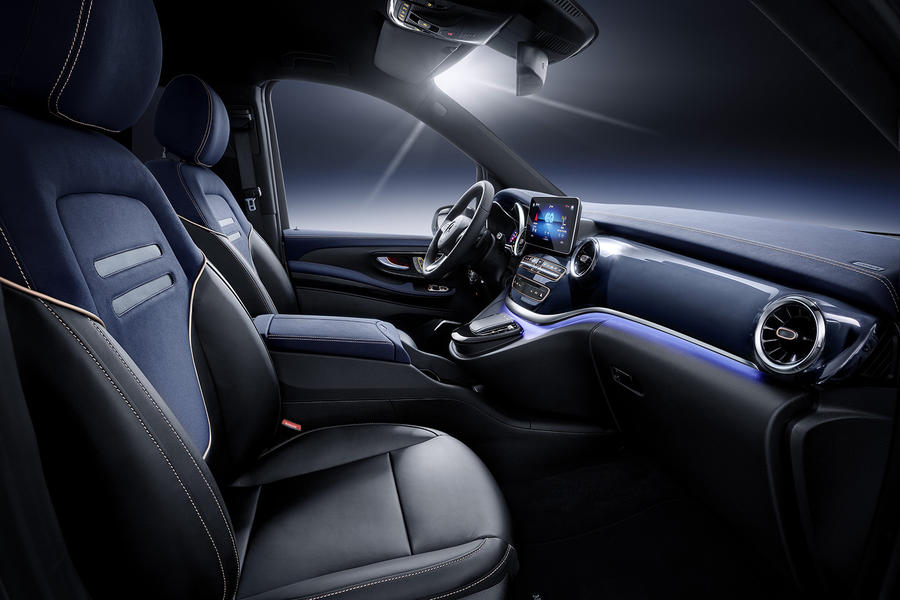 The Concept EQV has been presented with a single motor and front-wheel drive. Kaehler said the firm has no plans to produce a twin-motor, four-wheel-drive version, which Volkswagen is aiming to do with the production version of the ID Buzz SUV. But Kaehler said it would be “technically possible” if there was demand for such an option in the future.

The concept is unrelated to the electric e-Vito that Mercedes-Benz currently produces. That machine is a limited-range model intended for ‘last-mile’ urban deliveries, developed to offer cost parity with the combustion-engined version.