BACK TO ALL NEWS
Currently reading: BMW i Hydrogen Next concept previews fuel cell range
UP NEXT
Testing the UK's newest circuit in a Porsche Cayenne Turbo GT

BMW has confirmed plans to begin offering a hydrogen fuel cell version of the BMW X5 with the unveiling of a new concept car at the Frankfurt motor show.

Called the i Hydrogen Next, BMW says it will go into small-scale production in 2022 using technology being developed in a joint venture with Toyota.

This zero-emissions SUV is planned as a precursor to a range of hydrogen fuel cell vehicles that BMW already has under development and plans to begin offering in 2025 at the earliest.

However, the German manufacturer says the timing of the introduction of hydrogen-fuelled models “very much depends on market requirements and overall conditions”.

The statement is primarily seen as referencing China, which introduced incentives for hydrogen fuel cell vehicles earlier this year as part of a broader strategy aimed at providing a solution to long-range zero-emissions compatibility for larger passenger and commercial vehicles.

BMW officials have told Autocar the decision to introduce hydrogen fuel cell vehicles will not hinge solely on development in China, though; it will also be driven other key markets, including Europe and North America.

Despite high production costs, hydrogen fuel cell vehicles are gaining acceptance as an alternative to battery electric vehicles, in part because they're able to provide refilling times and ranges similar to those of petrol and diesel cars. 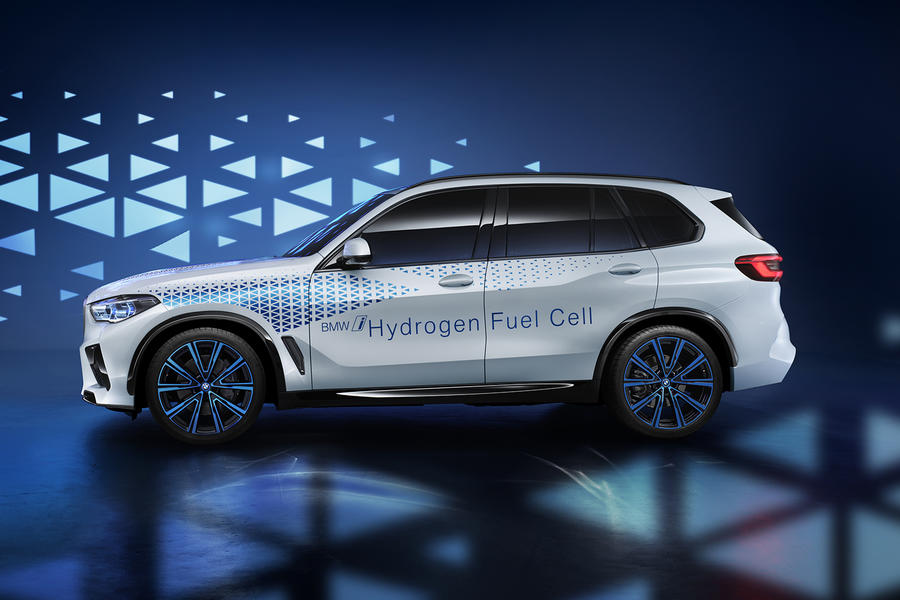 The sole byproduct in the chemical process that allows fuel cell vehicles to convert hydrogen and oxygen into electricity to drive a motor is water.

The i Hydrogen Next reveals BMW’s latest hydrogen fuel cell technology can be integrated into existing models with minimal design changes.

No technical details to the drivetrain have been made public, although BMW confirms its FIZ research and development operation in Munich, Germany has been testing a small fleet of 5 Series Gran Turismo prototypes fitted with a fuel cell stack drive system. This has been jointly developed with Toyota since 2015. 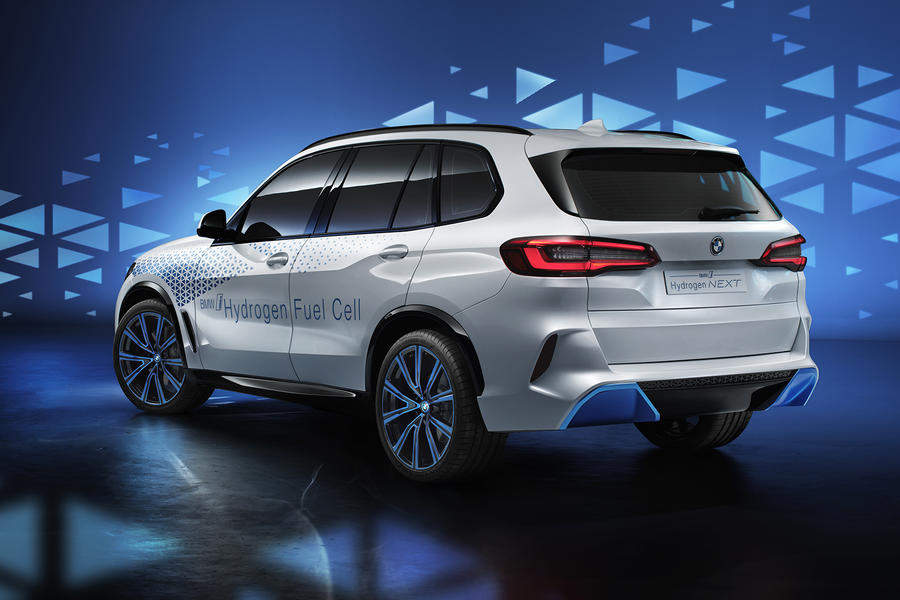 At a technical workshop in 2015, BMW revealed the 5 Series Gran Turismo prototypes used a hydrogen fuel cell stack in combination with a two-speed automatic transmission and a rear-mounted electric motor developing up to 188bhp. It claimed that this combination provided performance on par with the now-superseded 520d.

To display the packaging possibilities of its alternative drive system, BMW also constructed an i8-based prototype in 2015. It used a similar hydrogen fuel cell stack in combination with a more powerful 242bhp electric motor.

Since then, BMW is rumoured to have added plug-in hybrid capability to its hydrogen fuel cell programme through the addition of a lithium ion battery, as Mercedes-Benz has done with its new GLC Fuel Cell.

Have they seen the maximum charging rate of the Taycan for 2020, Lord only knows what it'll be by 2025.

Is that in the morning or afternoon only I've a plumber booked.

For foolcells only, strange thing is by making it a Plug-in may actually make or break Hydrogens chances.  On the one hand you won't have to use Hydrogen other than in an emergency, on the other who'd open up a million pound station to only sell a couple of kilo's to people just about to run out of battery power after 100 miles?

Ironically a large Battery has given hydrogen a second wind