BACK TO ALL NEWS
Currently reading: Kia Forte saloon previews next Ceed
UP NEXT
Toyota GR Yaris: How Britain's Best Affordable Driver's car was born

US-oriented family saloon could preview the look of the new hatchback, due in the UK later this year
Share
Open gallery
Close
Share story

Kia has shown its new Forte saloon at the Detroit motor show with suggestion its look could preview the next-generation Ceed.

The Forte, which is a US-focused model that won't come to Britain, shares many parts with the Ceed and even wears a front end that appears to evolve the current hatchback's look. The new Forte also takes influence from Kia's range-topping Stinger, with swept-back headlights and large air intakes contributing to a sportier appearance.

The rear of the car has intricate LED taillights with black details incorporating the lower reflectors. Former Audi employee and current Kia design boss Peter Schreyer’s influence is clear to see, with an Audi-like aesthetic across the car’s back end. A strip connects the taillights, as previously seen on the Sportage and Stinger. 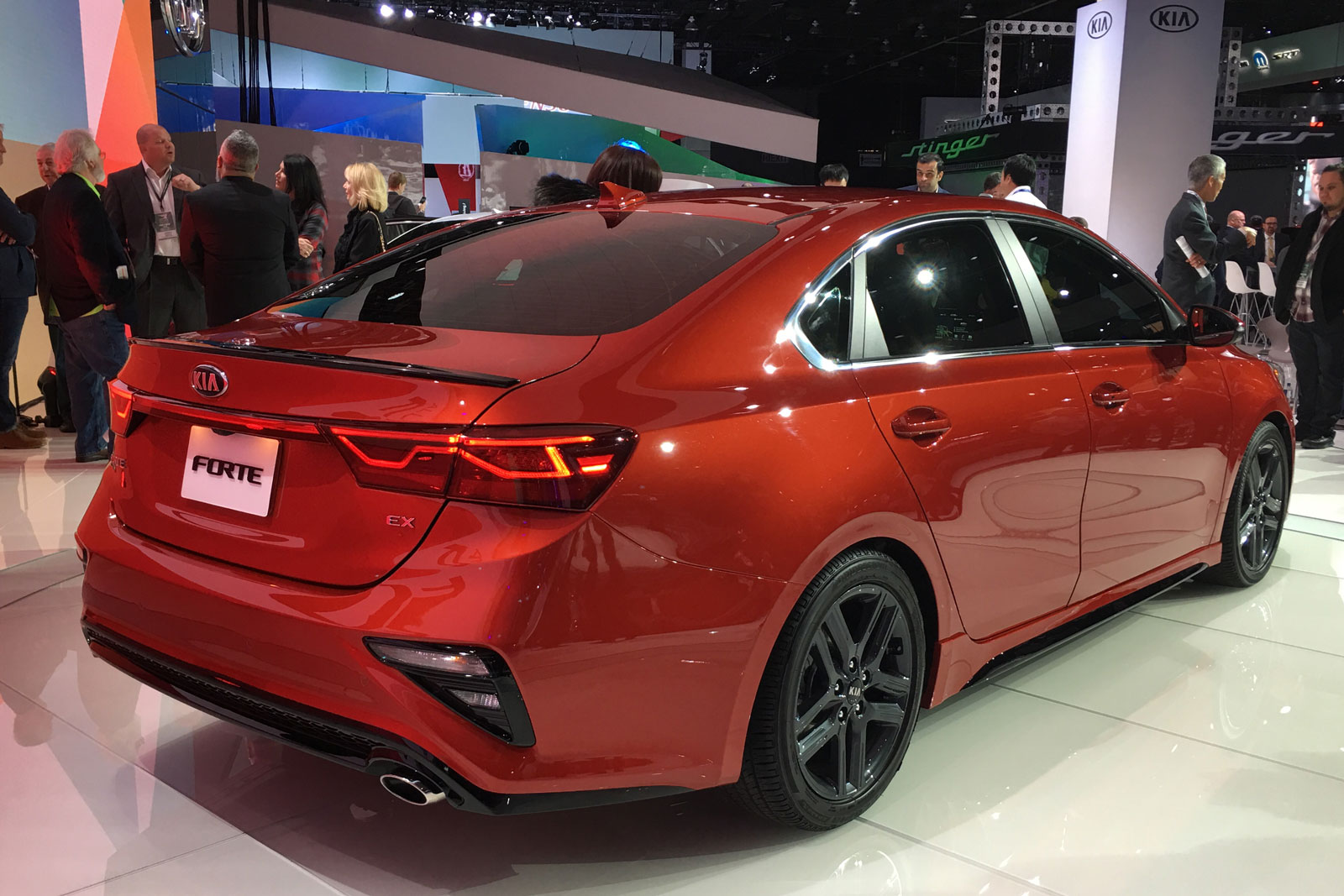 Although the Forte won't make it to Britain, its closely related sibling, the next-generation Ceed, is due on sale here in August following its reveal at the Geneva motor show in March. The existing five-door hatchback and estate line-up will be joined by a new Shooting Brake that will effectively replace the current three-door Procee'd hatch, as well as a new SUV variant.

GT models will remain in the lineup, as less hardcore alternatives to Hyundai’s performance-oriented N-branded models.