“It’s not rocket science,” says Jonathan Wilson, inventor of a revolutionary exhaust treatment, ACCT, that has burst onto the automotive scene promising a whole new lease of NOx-free life for modern diesel engines.

As it happens, rocket science (in the form of a ballistics laboratory) is located right next door to the crowded Loughborough University basement, buried in the bowels of the Wolfson School of Mechanical, Electrical and Manufacturing Engineering, where Wilson and his collaborator, Professor Graham Hargrave, are working at top speed to ensure that ACCT can graduate quickly to large-scale production.

So promising is the discovery that Autocar’s editors have decided to award it one of our premier accolades for 2018, the Sturmey Award, named after the magazine’s own innovator-in-chief and founding editor, Henry Sturmey, who created the magazine within a couple of days of having the idea back in 1895.

Since we first discussed ACCT a couple of months ago, revealing its profound ability to reduce NOx in diesel exhausts to negligible levels in even the most difficult conditions, interest from potential developers and users has crescendoed. Car and truck makers, big component suppliers, fleet operators and civic transport authorities have been in touch with Wilson and Hargrave from locations across the globe. They have already been visited by numerous corporate and government bigwigs, and are still struggling to cope with the demands on their time. 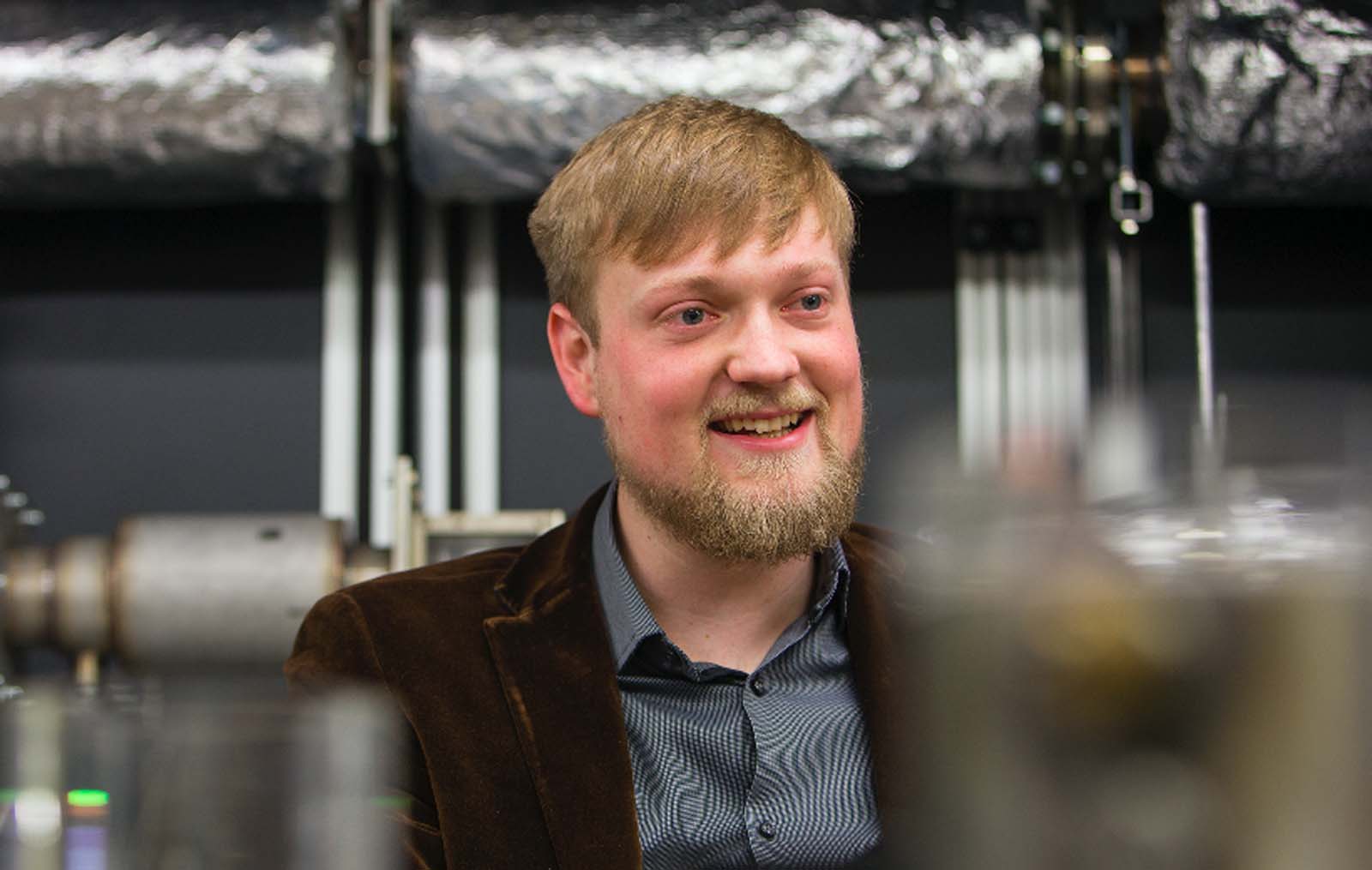 By now, the more tech-savvy of ACCT’s potential clients have grasped its essential simplicity — the fact that it easily converts common-or-garden AdBlue into a much more effective after-treatment. They’re wondering how they missed it and why it took a pair of inspired UK academics to discover such a vital process under the very noses of much bigger and better-financed industry research departments. Latest results indicate that, with ACCT fitted, an exhaust system goes on eliminating 99% of NOx even in conditions that defeat conventional SCR catalysts, namely in cool-exhaust conditions when engine loads are light, especially during periods of stop-start running.

The interest in ACCT has been so great that on the first day we published Hargrave’s and Wilson’s story online, it was read by 80,000 people – and a similar number the following day. Many more have read it since. Having waded through the responses to despatch the more frivolous ones, the inventors still have more than 100 serious approaches to cope with. It’s a nice problem to have, but a difficult one. “We’re trying to decide who’s likely to disseminate the technology most quickly and widely, says Hargrave. “The university’s IP specialists are working hard on it, but I wouldn’t pretend it’s easy.”

When not dealing with enquiries, Hargrave and Wilson are refining their invention. They were recently joined by another research associate, Matt Capper, and have a university grant to buy a proper ACCT test car. The ideal target is a pre-EU6 (and pre-SCR) family saloon and the significance of making it a Volkswagen Group model isn’t lost on the partners. The current favourite is a two-wheel-drive Audi A4 TDI, ideal because the centre tunnel normally used for 4x4 paraphernalia in a quattro model is ‘vacant’ in a two-wheeler and thus ideal for carrying experimental exhaust gear. 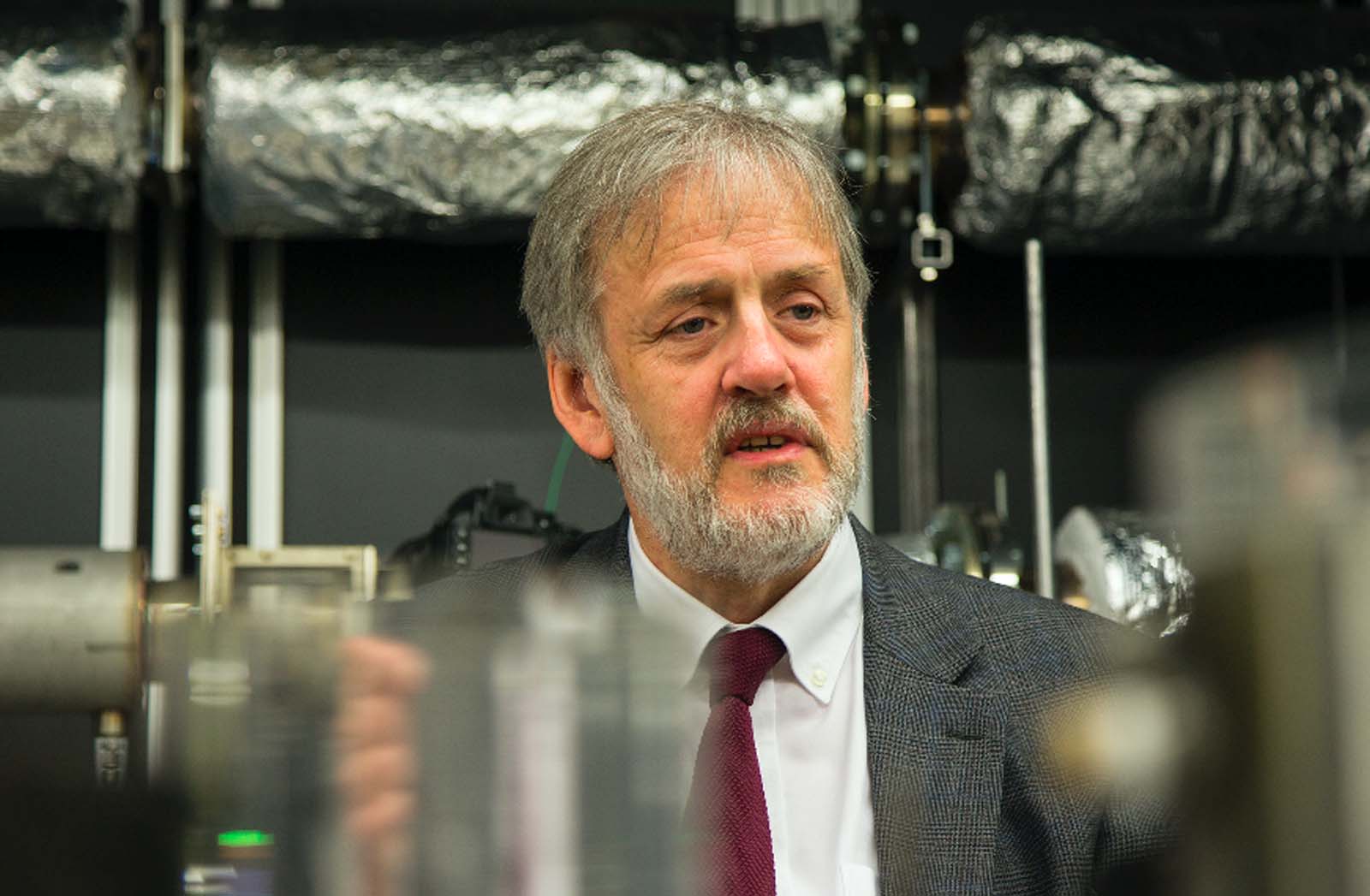 The aim is to have the car bought, equipped, tuned and gathering data by the end of this month. The partners’ plan is to link ACCT results to a website so interested parties can see how it performs against a counter and also in real time. This will be the biggest proof of the system yet. Horizon-changing results are confidently expected.

As with many productive partnerships, the ACCT pair agree that an important part of their achievement is how they’ve worked together. “It was clear, early on, that Jonathan was a very bright guy,” says Hargrave. “We run a very challenging course and he really proved himself. He’d had a year out at Perkins Engines, learning the problems of exhaust after-treatment, and when he came back, he just said: ‘Wouldn’t it be amazing if I could solve this problem?’

“He tried 100 ways and had plenty of setbacks. Then one day he came to me with what he thought might be a solution. He’s very determined and especially good at taking the fundamental physics and chemistry of a situation and translating it to a system that will work. We sat at my desk, going through some extremely promising data, and I just looked up and said: ‘My God, Jonathan, you’ve done it!'”

Wilson insists he’d “never have got anywhere” without Hargrave’s guidance and encouragement. “I didn’t know him well at first, but everyone said he was the guy. Graham has this wonderfully inclusive teaching method that involves shrewd judgement and masses of encouragement, but he also does his best to step back and let you learn by making mistakes. I did a lot of that, but one day I was going through data and spotted two reactions that happened in the right order and might take us where we wanted to go. He said: ‘That’s a brilliant idea. Now get in that lab and make it work.’ Really, we did it together.”

In essence, ACCT uses exhaust heat in a simple (but currently secret) container to convert regular AdBlue, a common product carried in practically every SCR-equipped car, into a far less stable substance dubbed, at least for the moment, ACCT fluid. When injected into an exhaust, this works far better than current systems at killing oxides of nitrogen (NOx) in conditions of low exhaust temperature and light engine load.

The fact that these low-load, stop-start conditions occur most often in city centres, where NOx is currently a killer, is what makes ACCT’s capability so important. An initial system tested in real-world conditions eliminated 99% of NOx when a regular SCR system removed only about 65%.

ACCT also eliminates severe, sometimes terminal, problems currently faced by truck operators in HGV exhausts, caused by the incomplete breakdown of AdBlue at low temperatures. ACCT fluid is unstable and evaporates to leave no deposits at all.

It seems the perfect solution to an enormous problem. Small wonder the world’s transport industry is currently beating a path to Loughborough.

It's always amusing to read the comments of those feverishly jumping on the "diesel is the root of all evil" bandwagon. Somebody comes up with something that may reduce emissions substantially and they immediately decry it as being contrary to their newly discovered hatred of all things compression ignition. I wonder what they want?

Time will tell which one of

Time will tell which one of us is correct.  Diesel is dying a death even faster than I thought it would.  I don't know why you deny it.

This all should have been implemented and researched before they decided to call time on petrol and release all this NOX into the public domain/lungs. The manufacturers only took the pi** with diesel and gave us all those ridiculous two tonne pedestrian killing SUVS, glad to see the back of diesel. Noisy rattly crap engine to be kept away from joe public forever. I know i'll get the skinflint that reckons they need to drive all over the place and blah blah blah diesel is the only way....