Based on the Chinese-market Roewe RX8, the X-Motion previews a 2019 production model that will sit above the GS
Share
Open gallery
Close
Share story

MG has provided an early glimpse of a new SUV model that's due out next year with the reveal of this, its X-Motion concept, which is on show in Beijing.

The model will inspire a production car that’s due out first in China with details and features taken from the company’s striking E-Motion electric sports car concept of 2017.

Beneath its body, the X-Motion is based upon the same underpinnings and running gear as the Roewe RX8, which is a large, China-only SUV produced by a SAIC-owned brand born from the ashes of Rover. 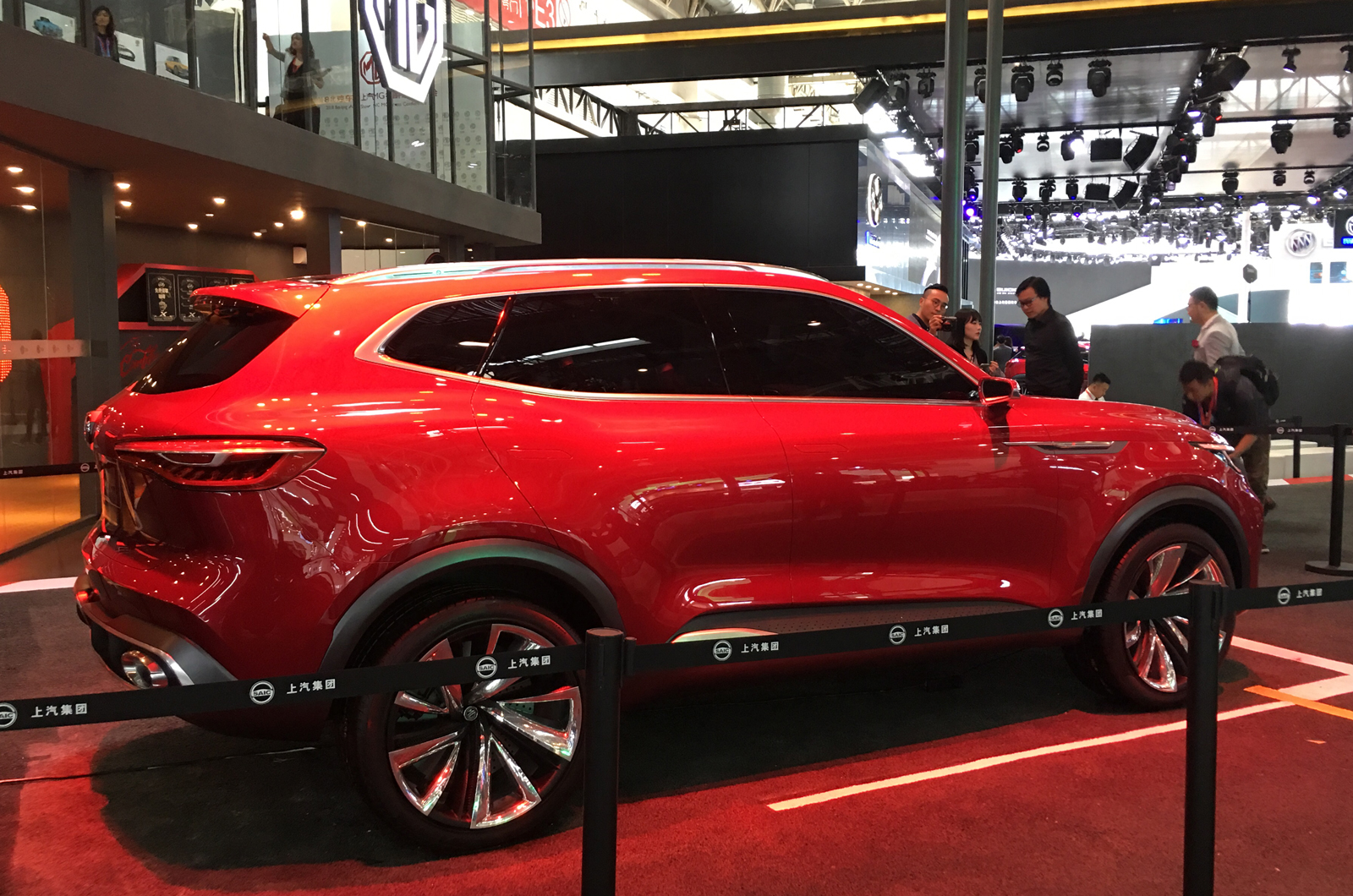 The RX8 is powered by a 2.0-litre turbocharged petrol engine that produces 221bhp and 266lb ft of torque, suggesting the MG model could also be offered with this unit.

Following its introduction to the Chinese market, the X-Motion will likely be offered elsewhere as part of MG’s global growth ambitions. It would sit above the ZS and the GS in the brand's SUV line-up.

A spokesman for MG told Autocar that the X-Motion could make it to Britain, although a final decision is yet to be made. They said: “MG Motor UK is part of a huge global organisation and has access to a number of potential new models. We’ll evaluate each in turn to decide whether they are suitable for the UK market. We do intend to launch new models into other segments of the market in the future.” 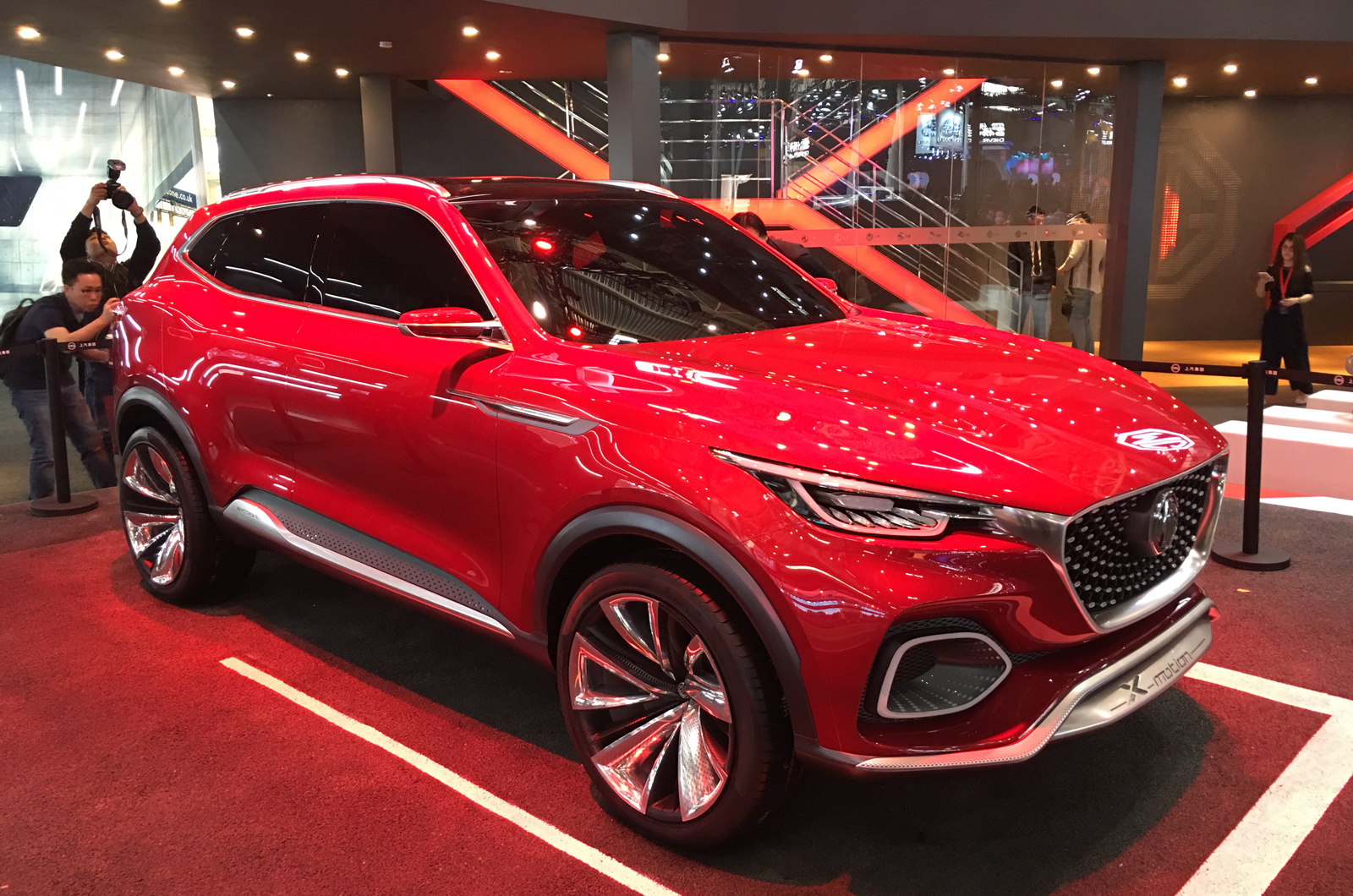 Since its rebirth under the ownership of Chinese automotive company SAIC, MG, which still has a design centre in its old Longbridge home, has produced several models for China first before introducing them elsewhere. An upcoming example of that is the updated MG 3, which is due on our roads later this year.

The marque’s ZS small SUV was launched last year and is expected to become its best-seller. It introduced an all-new dashboard design with a new infotainment system, which is expected to be rolled out across the MG range as each model is updated.

And sunday papers, or at least the one i read. However good it looks without a diesel this will not sit on my drive. Maybe MG could be the first to offer a conpetitvely priced hybrid SUV with decent diesel compettitive towing ability, in the current anti diesel climate it would sell like hotcakes to caravanners, horse box towers, small boat owners and the likes. We did look at the ZS and we were generally impressed but it was too large for my wifes needs and so bought an Arona.

They ought to bring in the RX5 as well. Main thing is to promote them (not seen a ZS advert yet never mind one in the flesh) and ensure excellent parts/service support to overcome current criticisms.

Looks good from what we can see,but, it’s all about the build, the fit finish inside and out, what grade of plastic is used in the lower parts of the interior,and of course how good the tech inside is, price though I feel would be an issue if you increase the quality, Dacia are K8ng of cheap transport just now so MG has a tough call.......

Looks good from what we can see,but, it’s all about the build, the fit finish inside and out, what grade of plastic is used in the lower parts of the interior,and of course how good the tech inside is,

I agree. It is the first MG since... a very long time ago that looks really good.