This test car looks like a Range Rover Evoque, but it could be evaluating components for Jaguar's anticipated smaller SUV
Open gallery
Close

Jaguar looks poised to enter the compact SUV market in 2017, if these new scoop shots are anything to go by.

According to Autocar’s spy photographers, this test mule is registered to Jaguar and it appears to have an F-Pace-like nose cone and grille design, although judging by the signature LED running light design, the headlights are from the Range Rover Evoque.

Closer examination of the prototype shows that while the upper body looks like today’s Evoque, it has a slightly longer wheelbase and slightly wider rear track. 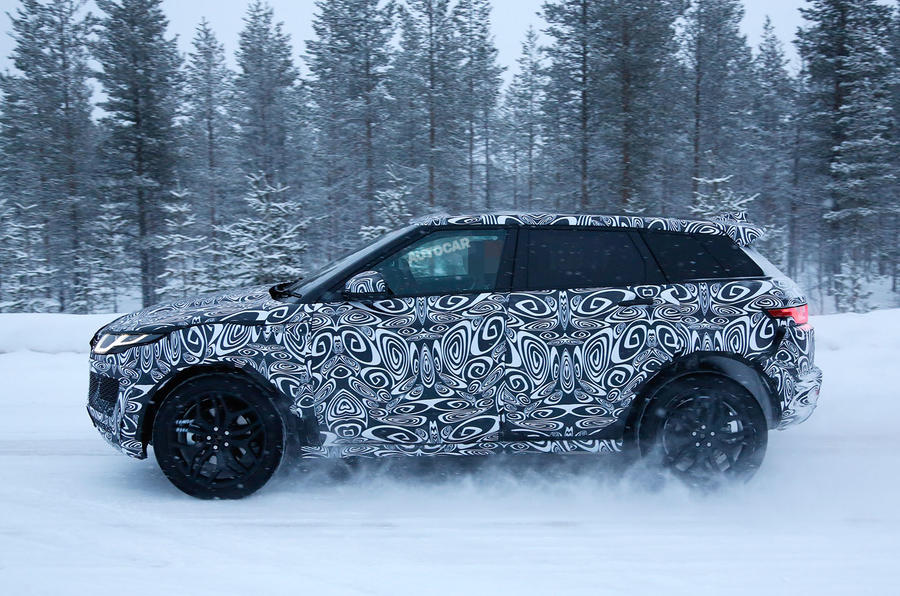 It’s thought that this vehicle is a very early prototype which, among other tests, is checking for snow ingress into the engine bay through the large F-Pace-inspired grille.

It seems possible that the new Jaguar SUV - tipped to be called E-Pace - will be spun off the new steel Land Rover Discovery Sport platform. The Jaguar F-Pace is based on JLR’s aluminium architecture.

While the new Land Rover model is longer and can accommodate seven passengers, this Jaguar is likely to be a strict five-seater that puts an emphasis on sporting handling and performance.

Any new Jaguar SUV would use the same range of petrol and diesel Ingenium engines as the Discovery Sport and Evoque and would be in line to receive future plug-in Ingenium-based hybrid powertrains.

It’s too early for any indications on pricing, but with the F-Pace kicking off at a highly competitive £35,000, any E-Pace could be something of a comparative bargain. 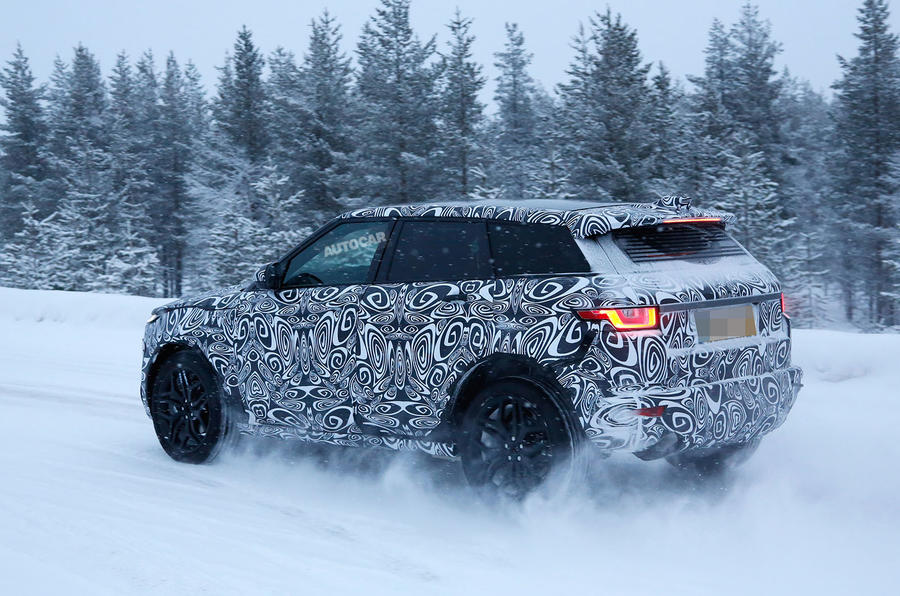 There’s no further hard news about a baby Jaguar SUV, but it could be made alongside the Discovery Sport at Halewood, even though the factory is currently at capacity as it also builds the big-selling Evoque.

Land Rover’s upcoming Brazilian factory is expected to make Discovery Sport models for the North American market, so US-bound E-Pace models could also be made at that factory.

It’s no surprise that JLR product planners want another Jaguar SUV. Not only is there a long waiting list for the first production F-Pace models, but recent figures from research organisation Edmunds in the US also show how SUVs and crossovers are increasingly becoming the norm.

Jaguar could expand its SUV line-up to include models larger and smaller than the F-Pace.

There's nothing wrong in

There's nothing wrong in taking advantage of selling what people want to buy these days; no one operating outside of the super/hyper car segments is going to make sufficient money from selling sports cars alone. Porsche need to sell SUVs, Bentley are starting to, Rolls Royce will be selling them sometime soon, so will Aston Martin, so why not Jaguar? So long as they can fund the development of cars like the F-type, XK, XFR etc then that's fine by me; much the same as every Cayenne sold funds more Caymans, Boxsters & 911s.
I have no need for an SUV, much less the desire to own one, so all you buyers of overpriced, over weight, over tall SUVs, carry on buying them as it effectively subsidises the decent cars that the (albeit diminishing in number) enthusiastic rest of us want to buy
Acstede 12 January 2016

why have a Jaguar Land Rover when...

why have a Jaguar Land Rover when...you can have a land rover Lange rover...jaguar have no DNA anymore just a rubbish grill
Acstede 12 January 2016

The only way for Jag to survive and prosper.....

Even with such an enduringly iconic car as the 911, Porsche needs every Cayenne and Macan it can make. The E-Type no longer exists and the F-type is no 911 in any comparable area - other than ambitious pricing. So, guess who needs SUVs even more than Porsche to survive...? The F-type is a side-show, the XJ peripheral and the new XE-XFs are just 'feeder' models into the 'main event': the F-Pace. If the F-Pace doesn't work - but I think it will - then the 'J' in JLR will only survive if Land Rover's economy of scale can keep its other model running.....which is unlikely.