BACK TO ALL NEWS
Currently reading: Volkswagen holds stance on no dieselgate compensation for Europe
UP NEXT
Future BMW M3 to be ‘groundbreaking’ EV with traditional feel

Volkswagen holds stance on no dieselgate compensation for Europe

Volkswagen has held its stance on European compensation following the emissions scandal, despite pressure from European leaders, including the British government, for it to offer a compensation and buyback package like the one offered in the US.

Volkswagen Group boss Matthias Müller told German newspaper Welt am Sonntag that offering a similar package would be inappropriate and unaffordable, with the total cost in the US alone amounting to $15 billion (about £11.3 billion at current exchange rates).

Is the end of the petrol and diesel car in sight? The government plans to ban sales by 2040

"You don't have to be a mathematician to realise that compensation at arbitrarily high levels would overwhelm Volkswagen," he said.

Müller explained that in the US the emission limits are stricter, meaning a quick-fix like the one offered to European owners is not possible. He added that offering Europeans a buyback option like the one seen in the US wouldn't work because of the different laws and regulations here.

This isn't the first time VW's CEO has rejected calls to offer Europeans compensation. Earlier this year Müller spoke to Autocar at VW's annual meeting in the UK, stating that customers were unlikely to be offered a similar deal because the situation is very different on this side of the Atlantic.

"The overall situation differs between European countries and between the US and Europe," he said. "For instance, when we compare Europe with the US a complete carry over of what is under discussion in the US to the other parts of the world will not happen." 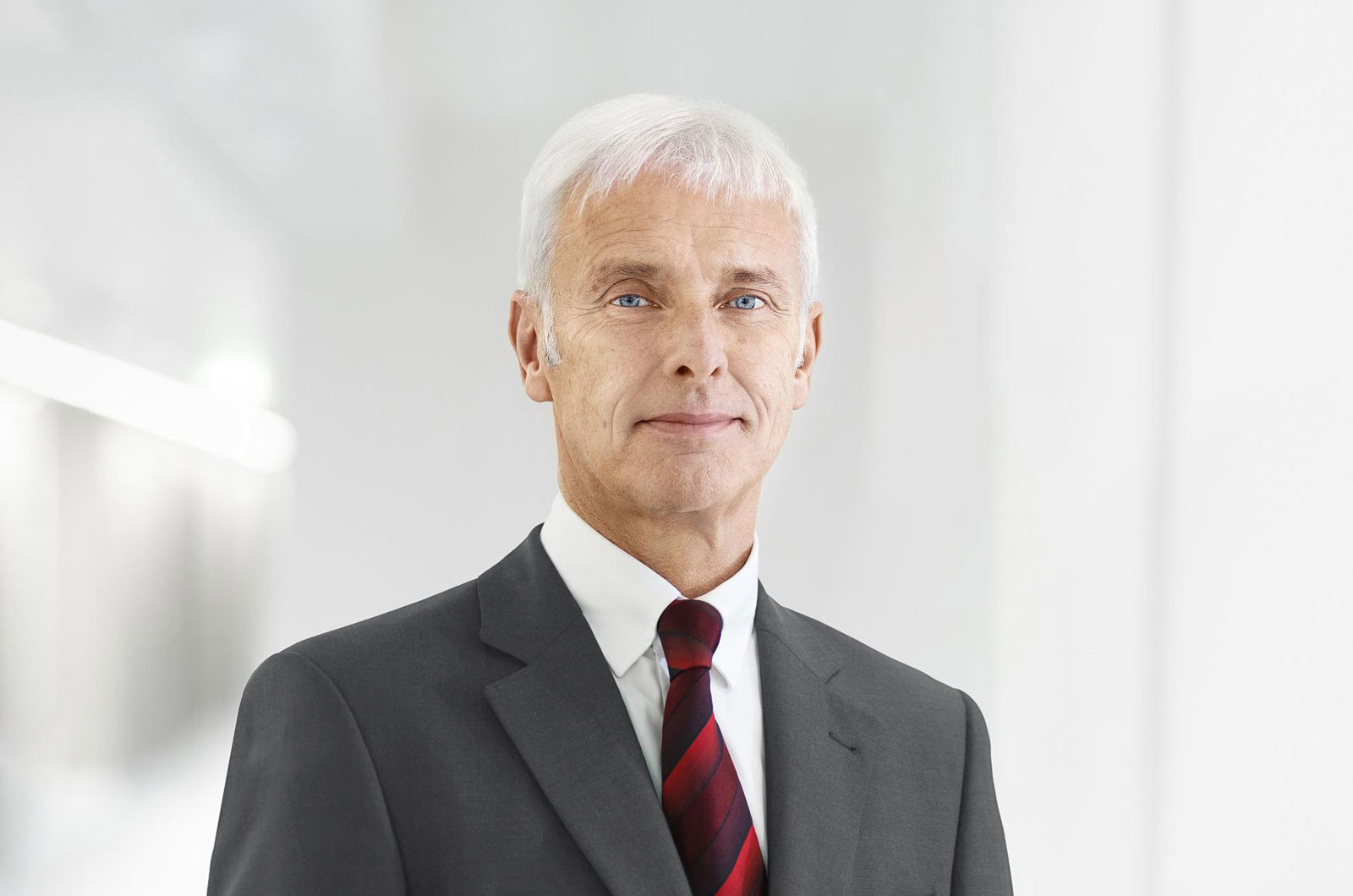 US owners might find themselves with reduced fuel economy after the fix is applied, however, so VW is offering to buy back diesel cars affected by the scandal there. It is also offering owners "substantial compensation" of $5000 each.

Asked about the announcement of compensation in the US by the Belfast Telegraph, Prime Minister David Cameron's spokeswoman said earlier this year: "It is for VW to explain the approach that they are taking in different jurisdictions. The Government has pressed VW on the issue of this kind of compensation.

"We expect VW to treat its UK customers fairly and to adequately address their concerns. The Transport Secretary has pressed VW on the specific issue of this discrepancy of compensation."

Despite growing pressure, VW has maintained that it does not believe it has broken any European emissions laws through the fitment of its test cheat software.

Compensation, buybacks offered to US customers

In the US, the offer to buy back cars at market value applies to all 500,000 2.0-litre diesel engined VWs caught up in the scandal. Presiding US district court Judge Charles Breyer gave scant details of the agreement during the US hearing but revealed that VW would also pay into an environmental fund and commit other money to promote green car technology. 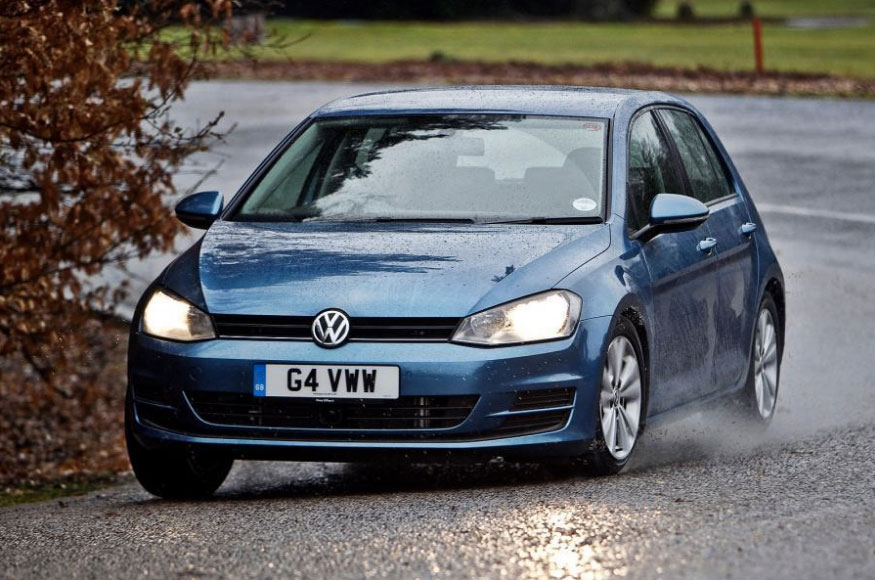 Breyer only described the compensation offer as "substantial" but unconfirmed reports suggest VW will pay customers affected by dieselgate $5000 (about £3500) each. VW will also cover all the costs to remove defeat devices from affected cars, which were found to be running with software that enabled them to cheat emissions tests back in 2015.

The car maker revealed it has set aside more than £12.6bn, with £6bn for repair or repurchase deals and the rest for litigation, including fines and legal fees.

VW lawyer Robert Giuffra described the first court agreement as a positive step in the firm's to win back customers: "Volkswagen is committed to winning back the trust of its customers, its dealers, its regulators and all of America. These agreements are an important step forward on the road to making things right."

Analysing the deal, Christian Stadler, Professor of Strategic Management at Warwick Business School, said: "What is still uncertain is whether this also resolves issues Volkswagen has with the US Justice Department. There is a pending civil suit and an on-going criminal investigation. If this deal manages to also resolve these issues it is really great for Volkswagen."

According to Reuters 3 million cars were sold in Europe with the cheat software, at an average sale price of £20,000 (which is a very conservative estimate) that's sales of £60 billion in revenues for VW that were achieved by selling cars that VW knew did not meet the minimum legal requirements on emissions.
They broke the law and expect to get away with it, by saying that the EU is not comparable with the US, and they're right it isn't because the US will make them accountable whereas the EU is effectively run by the Germans for the benefit of the Germans, so it'll be swept under the carpet.
So do we really not care that they broke the law? The UK public needs to make corporates that break the law accountable for their actions.
Ski Kid 5 July 2016

Audi and Vw lose credibility with the cheating and fraud

I will not buy another Audi or VW group product unless there is a gesture to European customers as originally intended.This looks like being cut back to pay off the USA.I find that the cars are well down on fuel consumption by 40% in the real world and the competitors appear not to be as adverse say 25% off
Shrub 4 July 2016

Whats good for the goose...

We should perhaps bear in mind when prescribing crippling financial punishments for VW that the same measures will need to be applied to other manufacturers who have transgressed (and they have, we're not waiting on 'if') . Some of those manufacturers may not survive as a result, thousands of jobs will be lost and the manufacturers that VW haters hold dear may go under or change beyond recognition. Perhaps they will end up being bought by VW!! Careful now...
View all comments (17)