BACK TO ALL NEWS
Currently reading: Seat tech boss: it’s ‘possible’ to stop cars speeding for good
UP NEXT
Sorry, wrong number: the forgotten problem of car clocking

One of the Volkswagen Group’s senior figures in in-car technology has confirmed it has reached the point where governments could insist that cars no longer break speed limits.

Leyre Olavarria, head of connected car and infotainment for Seat, admitted that cars actively preventing drivers from breaking a speed limit does not pose a technical challenge, given ‘intelligent speed assistance’ will be made mandatory from 2022.

Asked what would happen if governments legislated for cars to no longer be capable of exceeding speed limits, in order to reduce road casualties and remove the cost of buying, installing and maintaining networks of speed cameras, Olavarria told Autocar: “From a technical perspective, it is possible. We can do it. It’s more a legal issue; how do regulators want to position themselves. It’s not a technical challenge to do that – the data is available.”

Some experts envision a future where drivers may choose to opt out, and switch off any system that prevented them from breaking a speed limit, in much the same way it is possible to cancel the electronic stability control system of some cars.

As the connected car and associated data becomes commonplace, many drivers have expressed concerns over the potential for data to be used against them. Olavarria said that, at present, GDPR data protection law clearly defines that data associated with driving remains private and the property of the owner of the vehicle. 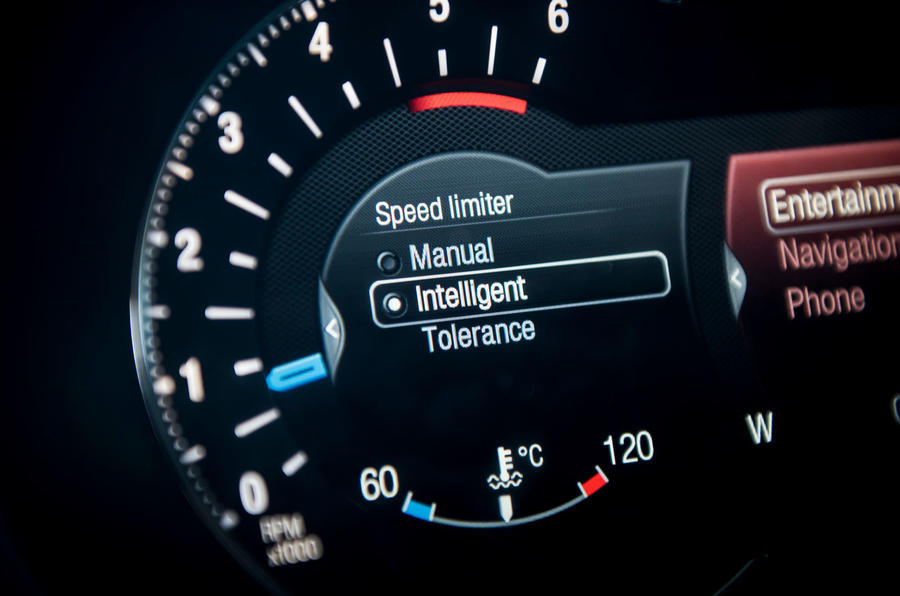 “We are GDPR-compliant, and that is our priority. The data belongs to our customers and they are the only ones who can release the data. But if the law changes, then we will change as well and adapt our policies,” said Olavarria.

Modern cars already alert the emergency services in the event of a serious accident. And Hyundai recently revealed that it was working with MDGo, a company that specialises in medical artificial intelligence systems, to provide detailed predictions about likely injuries to vehicle occupants, based on the forces involved, deployment of airbags and more.

Olavarria manages Seat’s new software development centre, which is leading research and development solutions around micro mobility on behalf of the Volkswagen Group.

She defines micro mobility as being based on small vehicles, with two, three or four wheels, that will be used over short distances. “Looking into the future, there are many cities… that are trying to push the car out of the city centre but still there are mobility needs; people need to move from A to B. That’s what we are focused on,” said Olavarria.

“As we are based in Barcelona, in the city centre, it’s kind of the perfect playground to test and make rapid prototyping in the real environment, and know about the city and mobility partners and better understand citizens’ needs and how mobility needs are changing.”

Seat claims to be platform agnostic, exploring subscription services that could, in the future, allow for individuals to subscribe to a mobility service that is priced according to a monthly mileage that allows users to seamlessly switch from a car to public transport to electric scooter or autonomous vehicles.

Olavarria is confident there will still be demand to sustain volume car manufacturing in the future, despite the millennial generation embracing shared transport solutions.

Speed limiters may create more dangers than they prevent

Matt Prior: right to survive beats right to drive

Sporky, the article you cite

Sporky, the article you cite is so poorly written that it cannot be considered credible in any way. For example, it says, "The fatality rate over each 1,000-kilometre stretch of German motorways is 30.2 percent..."  That is not a statistic. What on earth does that mean???

This speed limiting plan is so outrageously flawed that I am still struggling to believe it's serious, never mind that it may actually become a reality. Aside from the very important subject of personal freedom (which should, of course, come with responsibility), there is very little evidence that speed in and of itself is the cause of crashes. Speed differentials, on other hand, are highly correlated to the accident rate (the autobahn system, which does have an excellent safety record, is the exception to this general rule, largely due to strict lane discipline -- and drivers paying attention). By far a greater cause of crashed is driver inattentiveness -- which this plan will massively increase (meaning worsen), resulting in an increase in crashes, not a reduction. If and when there is full autonomy (anything less -- again -- reduces driver attentiveness, thereby increasing the danger), then these limits won't matter anyway. This is shameful, and is one of the most extraordinarily stupid, poorly thought-through proposals since the advent of the car. Or the horse...

Never, ever, will I buy a car with such a device. Never. Ever.

Sporky, the article you cite is so poorly written that it cannot be considered credible in any way. For example, it says, "The fatality rate over each 1,000-kilometre stretch of German motorways is 30.2 percent..."  That is not a statistic. What on earth does that mean???

Just because you don't understand something doesn't mean it's wrong, and it certainly doesn't mean you can dismiss the entire article over one poorly-translated bit. It's translated from German, most likely by machine. Roughly speaking it means that 30.2% of the 1000km stretches of autobahn have had a fatal accident, whereas the average across all of Europe is 26.4% if I remember correctly. It is a statistic, and they cite their source, but it is certainly an awkward one.

You're free to provide an alternative citation that supports the original claim - that the autobahns are safer than UK motorways - if you can find one.

All you have to think about is hgv's & their limiters. They might be set at 56mph, but differences in load, tyre wear, hill gradient, manufacturers all affect the max speed available.
Example some haulage companies at the limiter calibration time fit barely legal tyres. So when the the test is done, brand new tyres are then fitted & the vehicle will then nudge a genuine 60 mph till the tyre then wears down.
Mercedes, Iveco, DAF, & some Scania's are useless on hill's & the speed soon drops off. Where as Volvo's & Renault (the same truck different cabs) &, Scania V8's as a whole keep on hauling up the hills.
Always preferred driving the Volvo's trucks they seem to be better thought out than the other makes.
But this sort of thing is what's coming to cars. Cut speed save lives. Mr impatience goes for the overtake with a 5mph advantage & your looking at a crash or road rage. They haven't thought it through that weLloyd.
Alfastud 25 June 2019

Can't help thinking cars registered and sold by 2021 without these electronic nannies will become a lot more desirable in 2022.  The ability to increase your distance from someone sitting six inches behind you at, say, 60mph, will be a useful feature to retain.

No doubt the 'Speed Kills' lobby will roll out their simplistic slogan at some point in this thread. Because of course, Usain Bolt collapsed and died after winning his first Olympic 100 metres didn't he? On no, hang on, he won two more. The crazy fool.