BACK TO ALL OPINION BLOGS
Currently reading: Matt Prior: right to survive beats right to drive
UP NEXT
New Range Rover reveal: full report from flagship's debut

Matt Prior: right to survive beats right to drive

The fitment of speed limiters to new cars is bad news for keen motorists, but will benefit all road users
Share
Open gallery
Close
Share story

Quite a lot of chatter of late about new intelligent speed assistance systems (ISA), which are going to make their way, mandatorily, onto cars from 2022 but will start to become standard before then. You can already buy Fords with them fitted.

They use GPS and perhaps cameras, too, to detect the speed limit and reduce engine power if you’re over it, or about to go over it. It takes a hefty kick on the throttle (unless you’ve switched the system off) to override the system, though ultimately you can.

A lot of people in my business don’t like the idea of it. I’d rather drive a car without it, even though I don’t drive particularly fast on the road, and I haven’t exceeded a speed limit in a town in recent memory. Like you, I care about driving; it’s something we enjoy doing well, and we don’t drive too quickly. 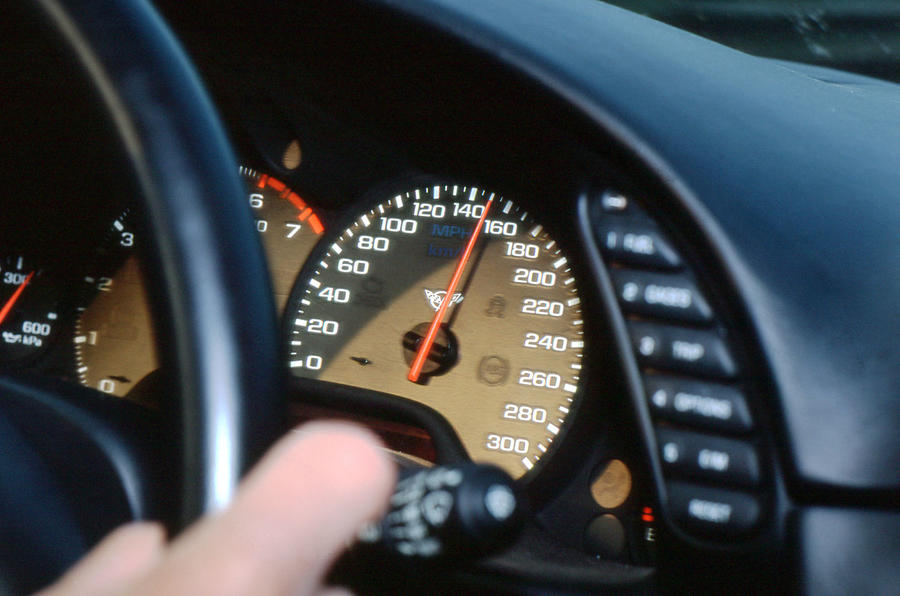 But I’ve got to admit that most people are not very good at driving. It doesn’t take a long drive to figure that out, even before you look at accident statistics.

Over the years, road casualties have been reduced largely by making cars safer to have crashes in. Certainly it’s not because driving has been getting better. So the next regulatory step is to try to make cars less likely to crash in the first place, by fitting reversing sensors and tiredness monitors and emergency braking systems, or by regulating speeds.

Will it work? I don’t know. I think it’s more dangerous to drive at 30mph through most towns than drive at 80mph on most motorways, and that some limits are too high and some are too low, which ISA systems will do nothing to change, and I don’t think it’s clever to imply, as ISA could, that it’s perfectly safe to travel at the speed limit, when quite often it isn’t. But the intention of the regulators is the honourable one of making roads safer.

And how, honestly, can you – publicly, anyway – rail against that? “It’s not speed, it’s inappropriate speed that kills” might be true, but shouting it makes you sound like a member of the NRA. Sure, ideally we’d try to make everybody better drivers instead, make them more aware of hazards, and get them interested in the process of driving, so they didn’t plod along a wide open A-road at 40mph, then continue at the same 40mph through a village, thinking both were fine.

But it’s too difficult, and too expensive, and frankly nobody beyond us cares. People want to get into a car, and get out of it a short time later, having arrived where they want to be. They’d like it to be unstressful and I’m not convinced they really care how well they’ve done it. Regulations are generally made for lowest common denominators and they are the people who would rather be doing something else instead. Actually, I’m pretty sure that one of the reasons driving standards are, if anything, getting worse, is because drivers are doing something else instead.

I think it’s time to admit it. Driving, as we know it, like motorcycling, or cycling, or horse riding, or shooting, is an interest most people do not have. And ‘I’d like to choose to drive as fast as I want’ is not an argument you can make.

Opinion: Why safety tech and speed limiters can’t save us all​

How times have changed

At then end of the 19th century, the people who launched "The Autocar" magazine successfully campaigned for the end of the "Red Flag Acts" (limiting road vehicles to 4 mph).  Today the people who write for Autocar roll over and play dead when speed-limiters are proposed.  Their predecessors must be spinning in their graves...

It is indeed hard to argue

It is indeed hard to argue against the law not being breakable (although MPs seem rather good at it currently).

But my goodness it would be instantly the end of joyful and exciting cars as we know them.

It is not remotely possible to argue there is enjoyment to be had in a car that cannot exceed 70mph.

I am amazed there isn't more understanding by journalists of the consequences of the proposed reality. Certainly no more Autocar in 3 years time. And what would be the point of McLaren and Ferrari in such a world?

Show some teeth and explain the consequences, or get looking for another job with a future.

People learning to drive now might only drive themselves for the next twenty years or so because the process of getting somewhere will be as mundane as pushing the button to start the Washing machine.

And they'll probably be

And they'll probably be perfectly happy with that, being of a digital age as opposed to analogue, the feel of old cars is irrelevant to them, also they are now used to having everything when they want it, downloaded movies, streaming entire series to binge watch, everything is becoming more immediate with less ownership, if you could use a car for.transport when you want without owning it like a streaming service, then that would probably be perfect for them.

Not all of them though, I'm sure some would appreciate driving, but like us enthusiasts, they'll be in the minority.